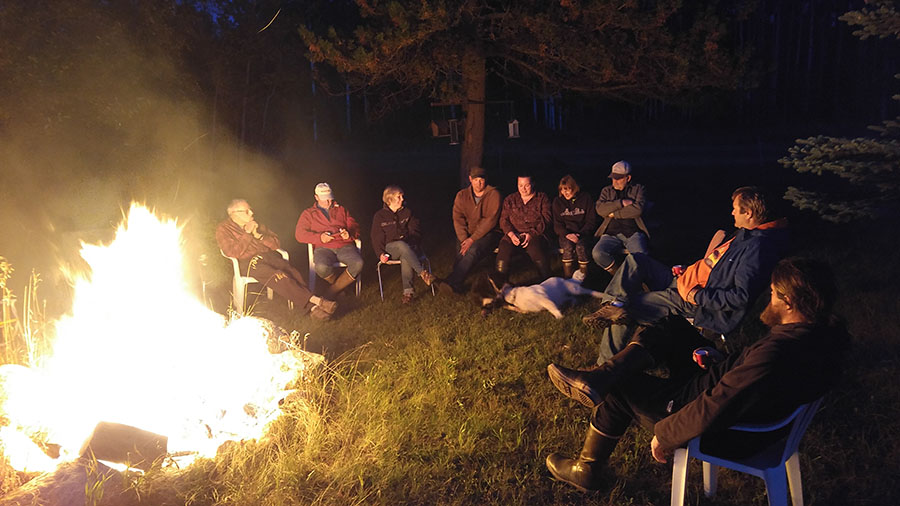 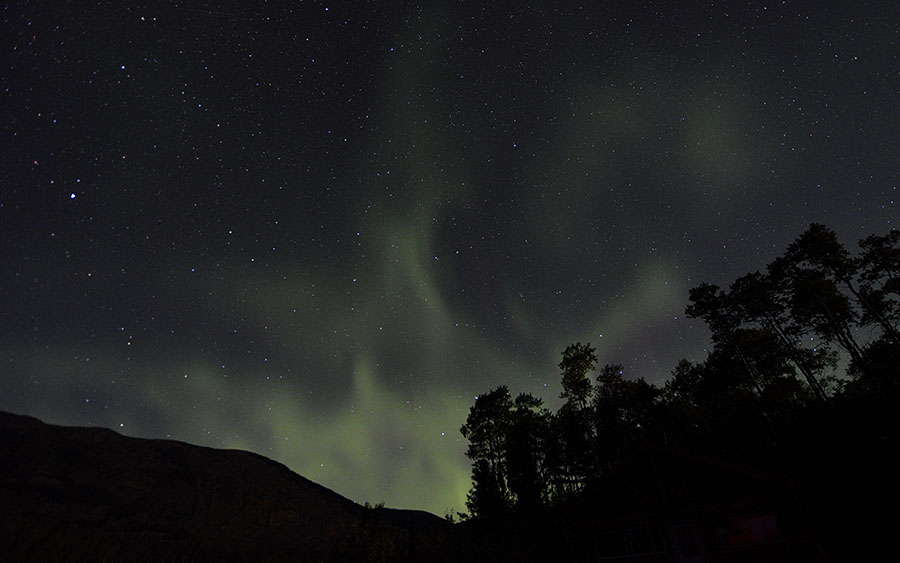 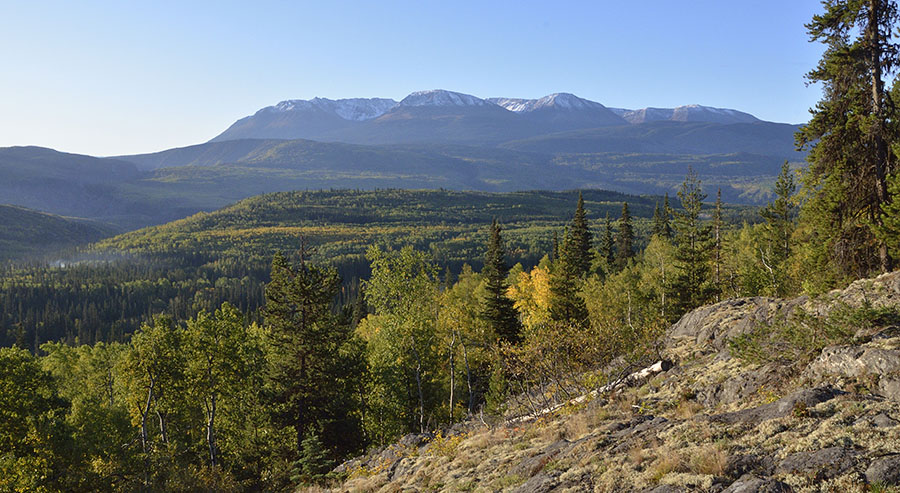 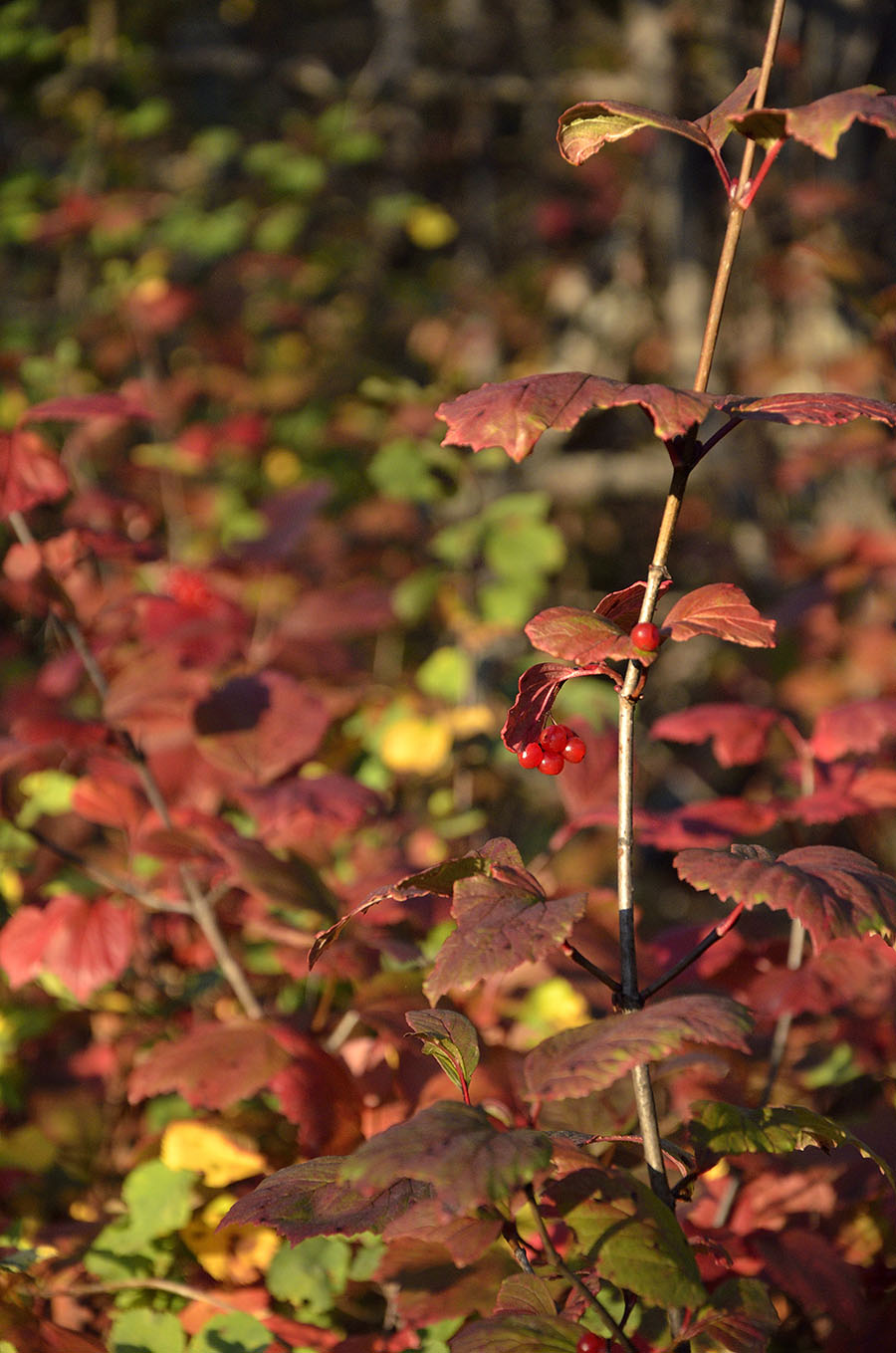 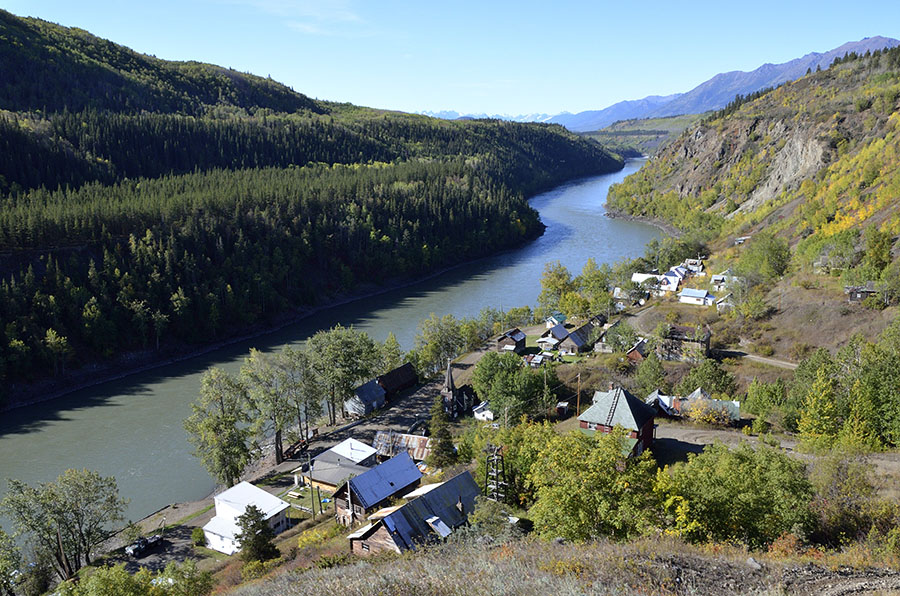 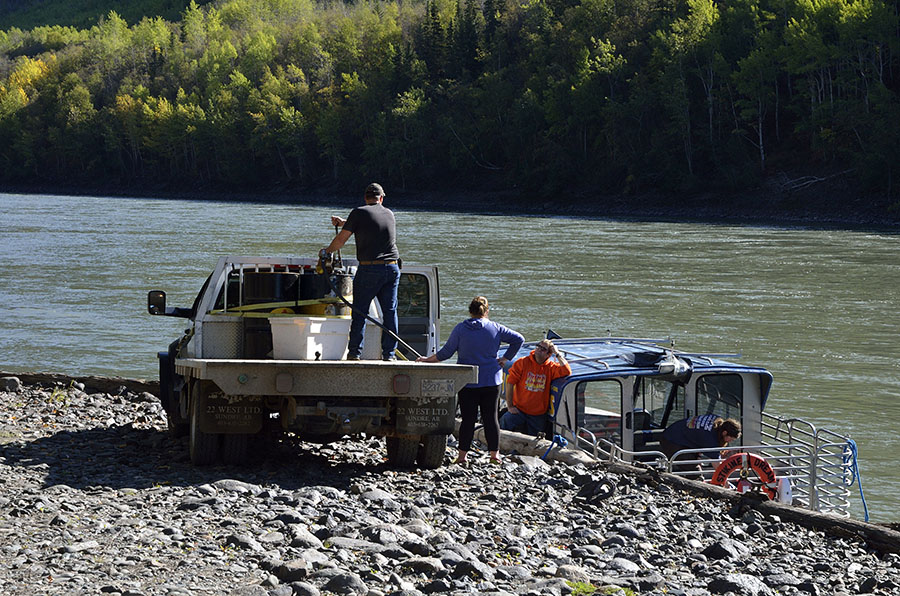 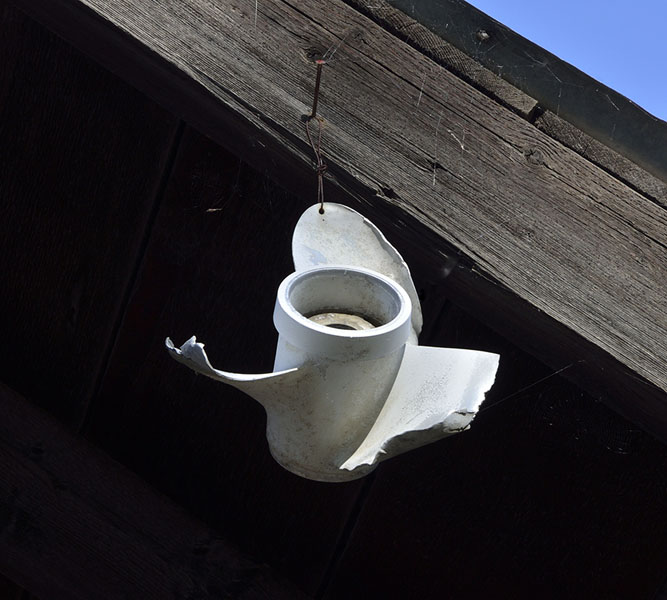 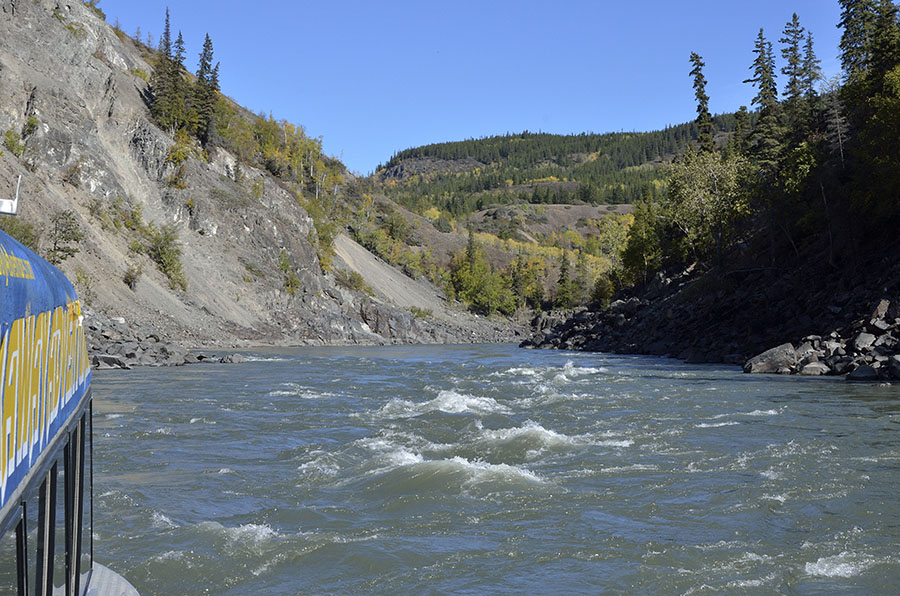 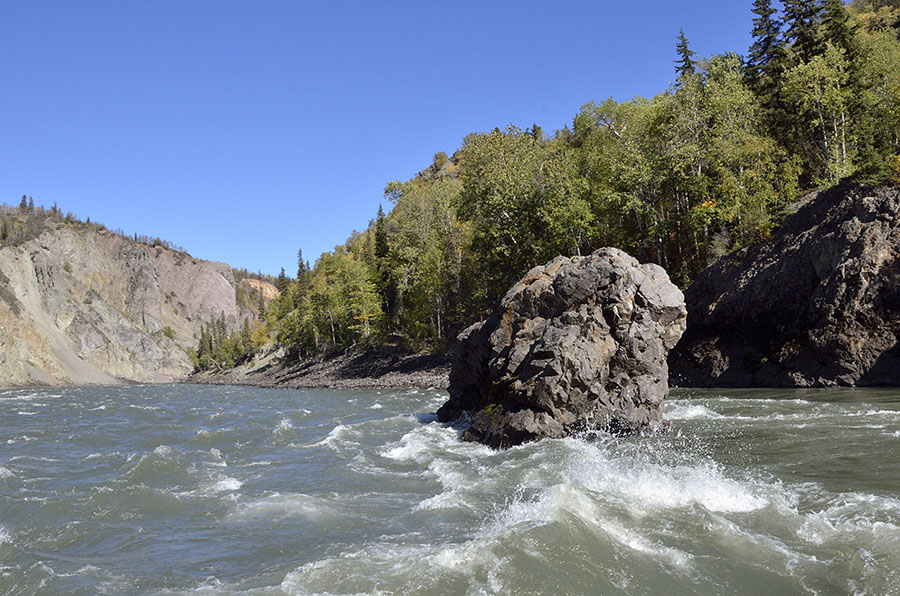 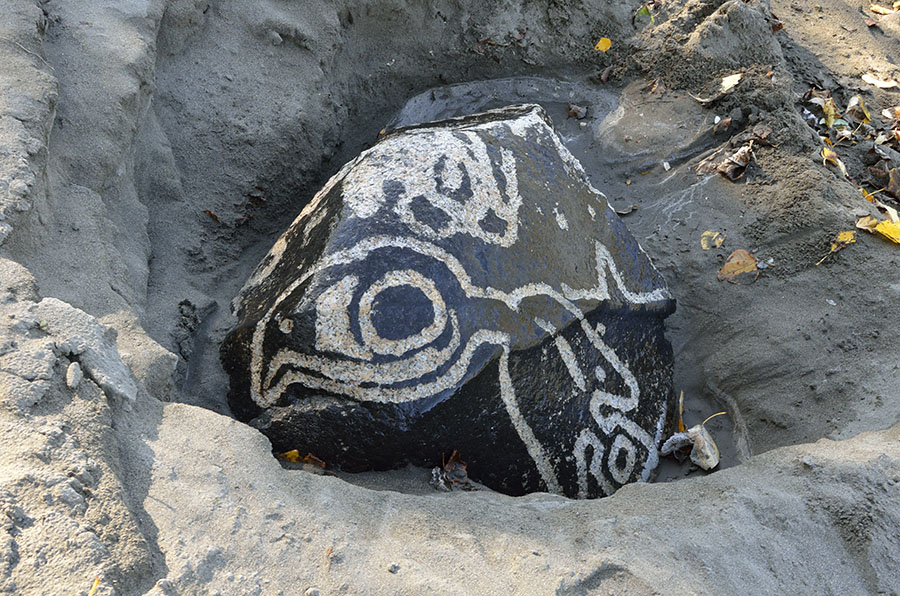 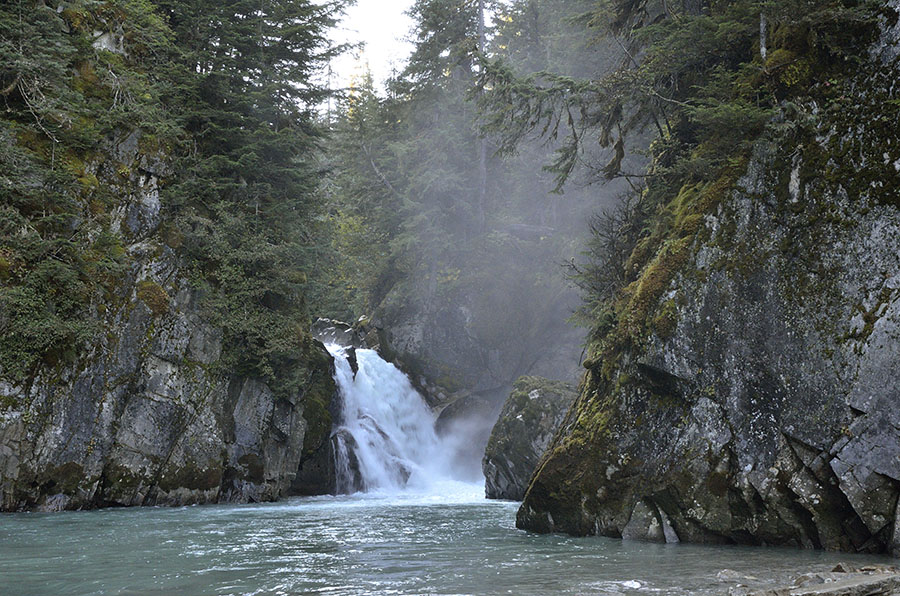 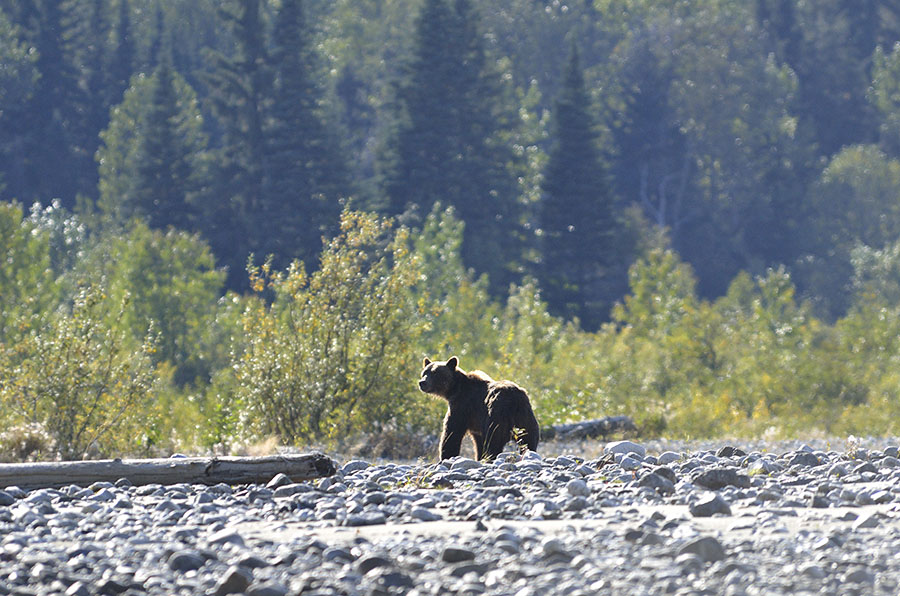 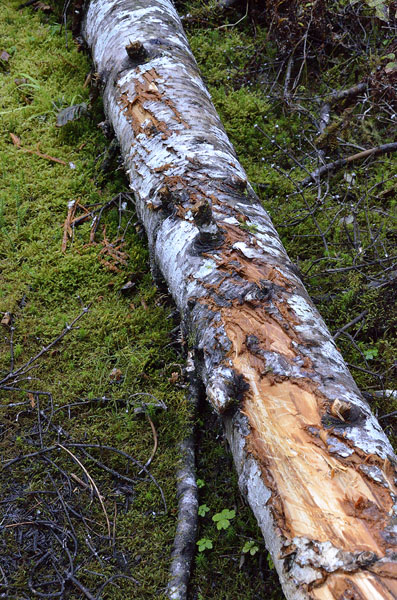 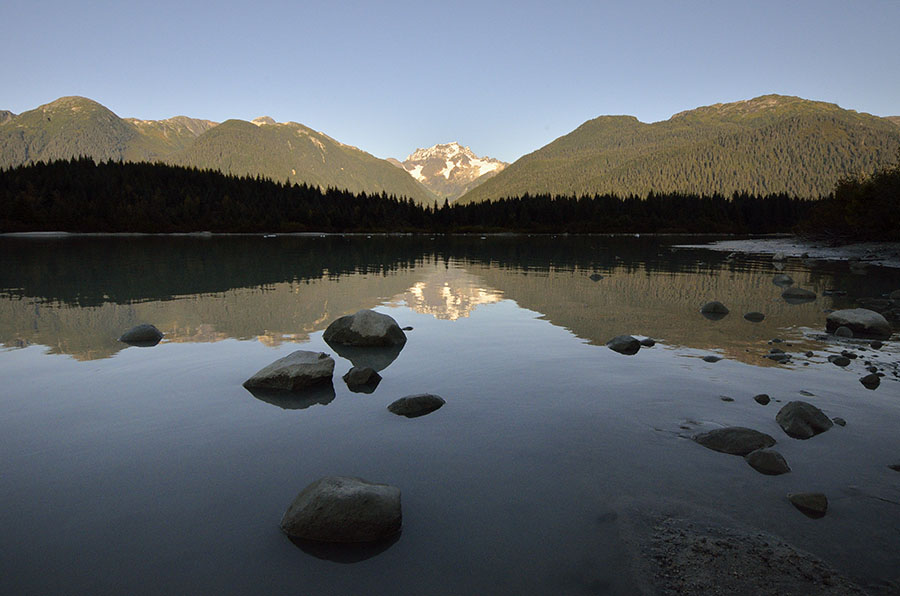 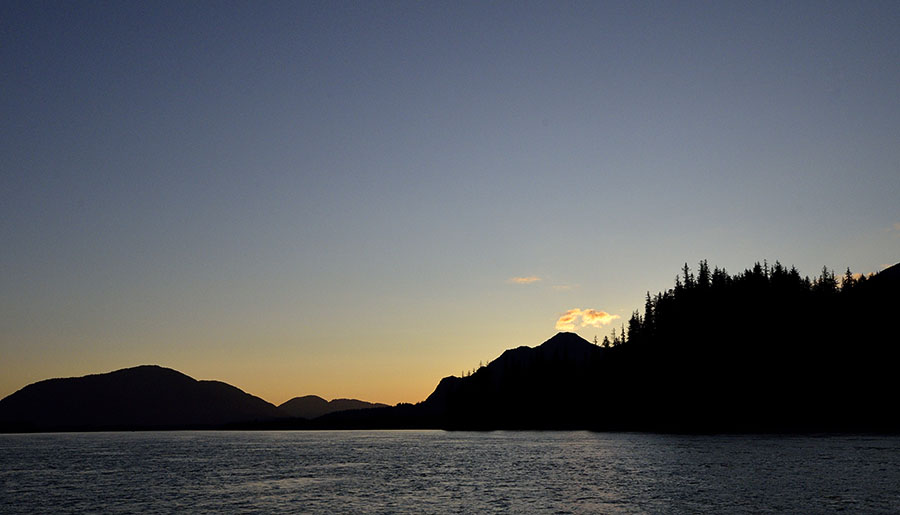 We joined friends for a boating adventure of a different kind – where got to go really fast – exploring up the Stikine River. 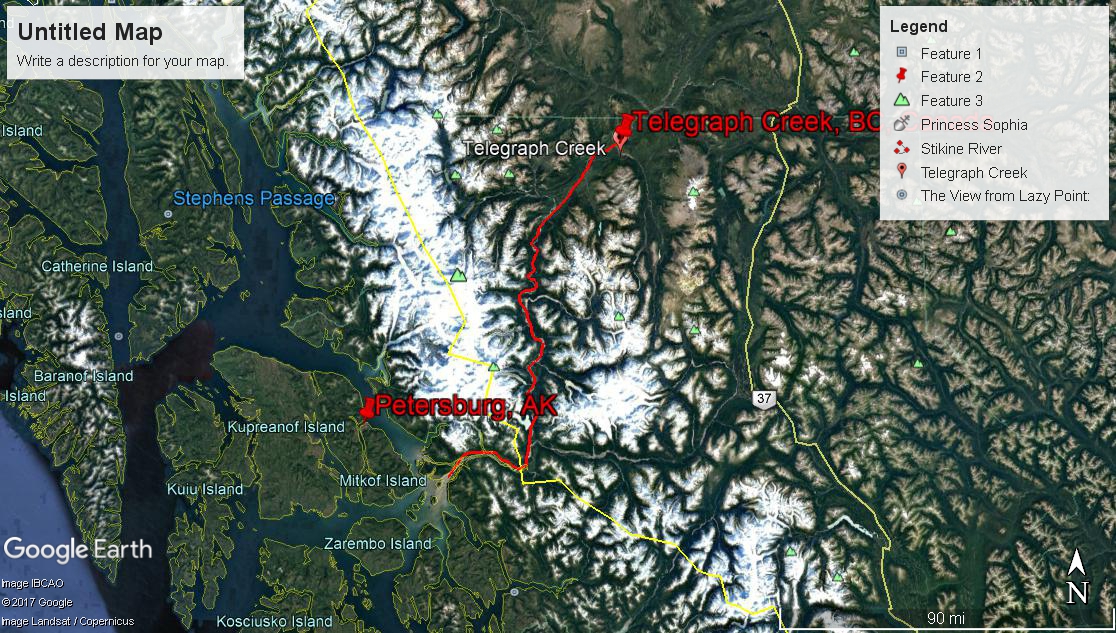 The Stikine is a fast-flowing river that starts in the mountains of British Columbia, Canada, and runs almost 400 miles down to Dry Strait between Petersburg and Wrangell in southeast Alaska.  Fed by a number of glaciers along the way, the Stikine is opaque with glacier “flour” and full of tree stumps and snags making navigation incredibly challenging. 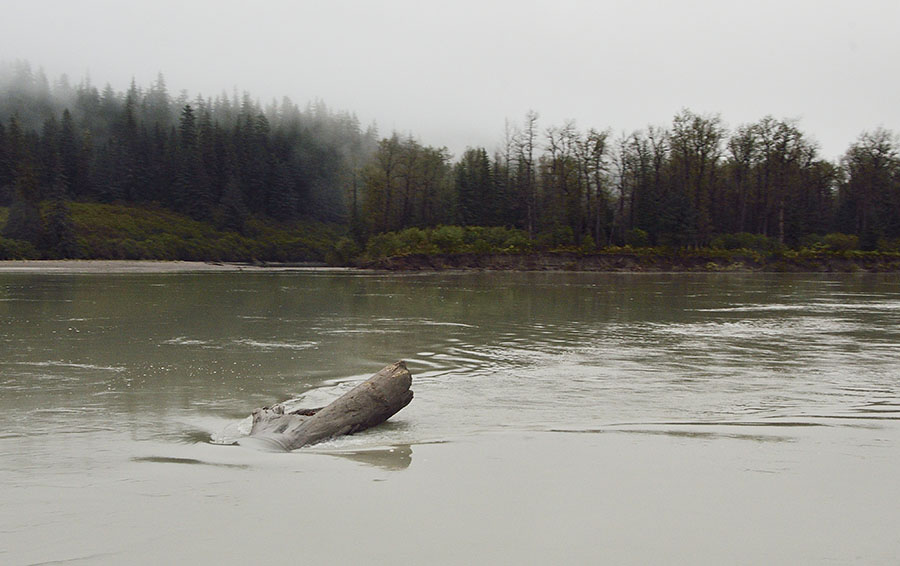 Above the lower section affected by tides, the river freezes solid in the winter – which is hard to imagine when you see it flowing so fast and hard.

We’ve always wanted to venture up the river, so we got together with some friends and arranged for one of the big jet boats from Wrangell to take us 160 miles up the river to Telegraph Creek, BC for an overnight adventure. 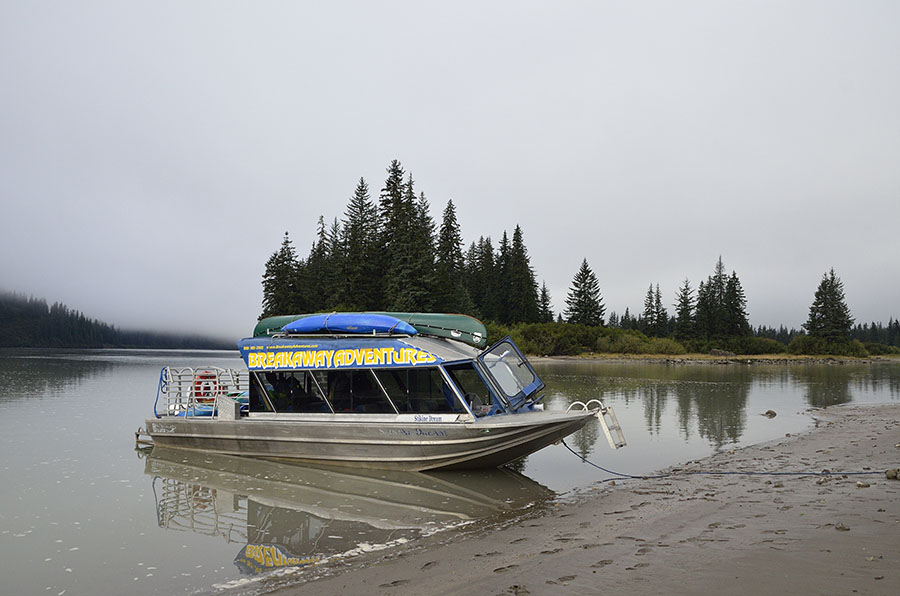 The Breakaway boat has a very shallow draft, equipped with twin 300hp engines and jet drives which makes it a little easier to manage the hidden hazards, stumps, gravel bars, and shoals in the river.  We traveled at speeds over 30 mph on the way up against the strong current, and 40 mph on the way back down with the current.  The sticker on the back of the captain’s chair was appropriate…

The boat picked us up at a boat ramp on the lower end of Mitkof Island, and we set out on a misty, foggy morning.  Some kayakers from Canada joined us for the trip up river – they had paddled down and were taking the “easy” way back!  The captain called Canadian Customs to finalize clearance, and we were off…  passing a long row of surprised harbor seals hauled out on the muddy bank.

The fog lifted fairly quickly, and we were treated to clear skies and bright sunshine as we zoomed along. 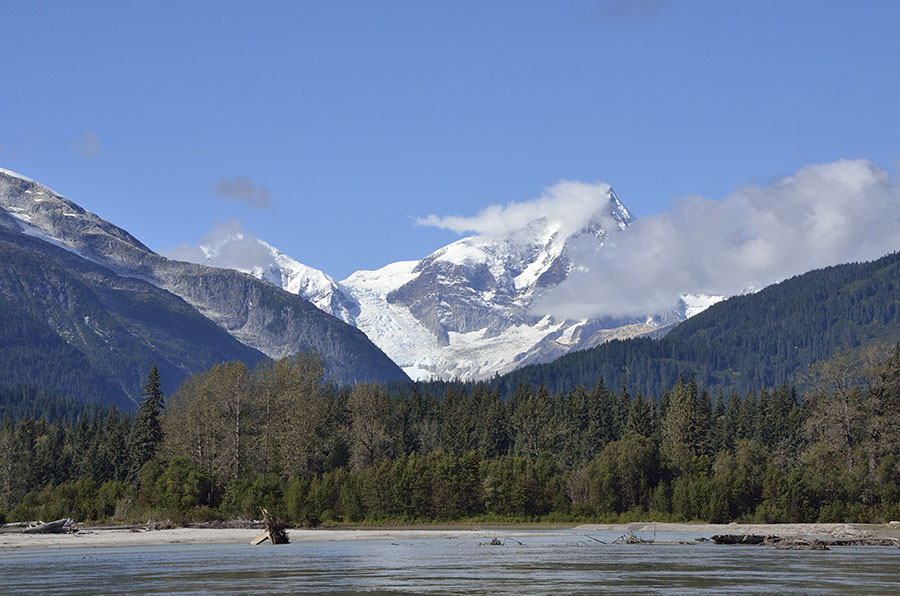 We took a side trip to see the Shakes Glacier, visiting some big icebergs as we got closer… 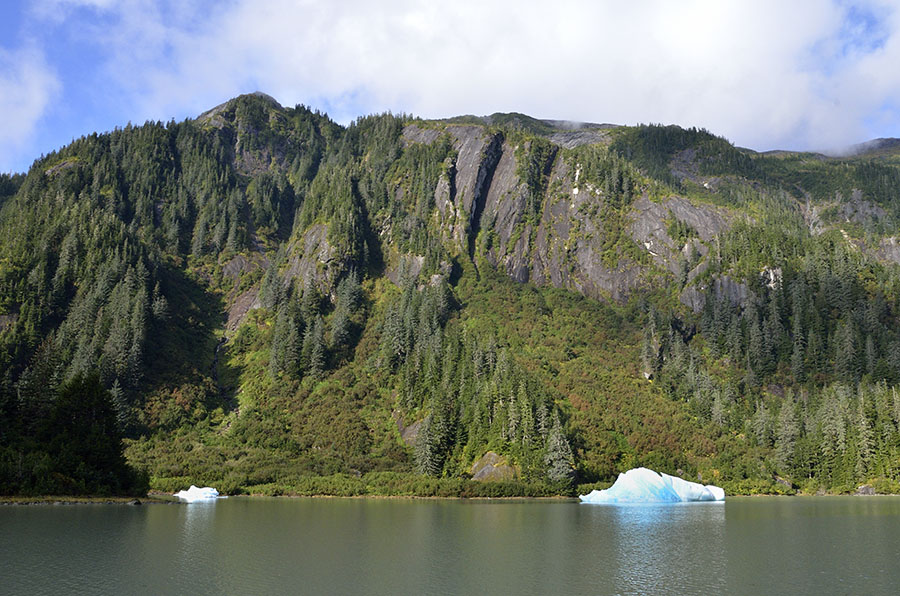 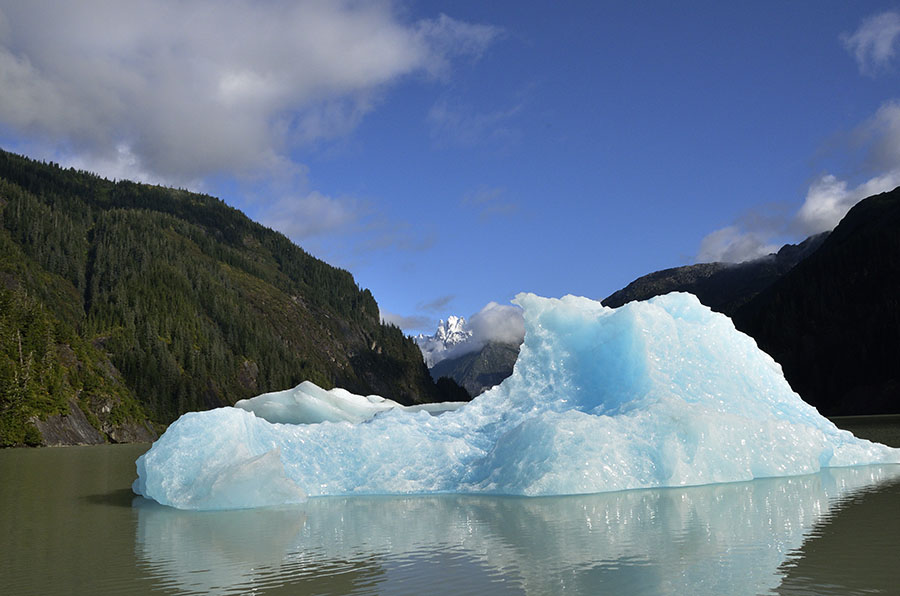 …and getting some nice views of the glacier, partially covered in rock dust from its grinding flow down through the mountains. 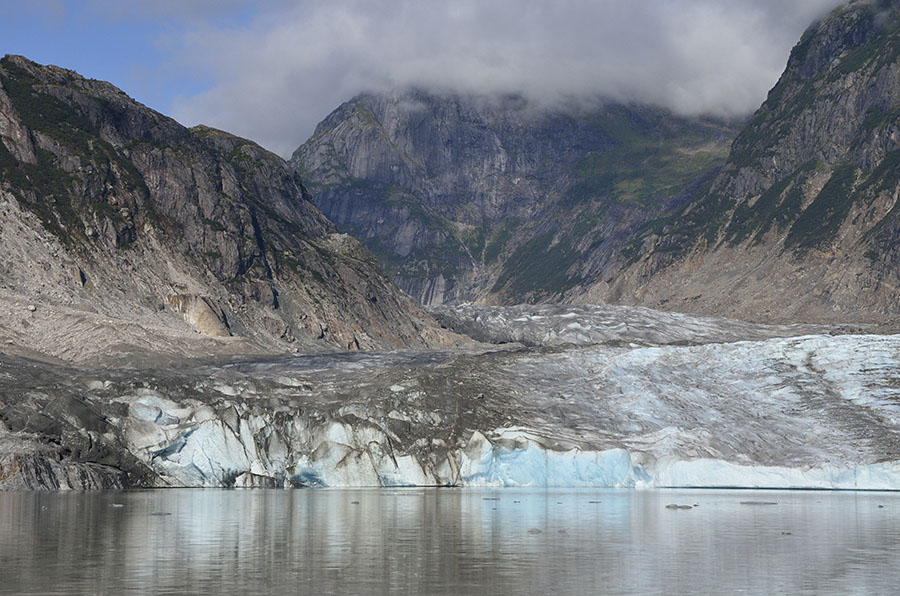 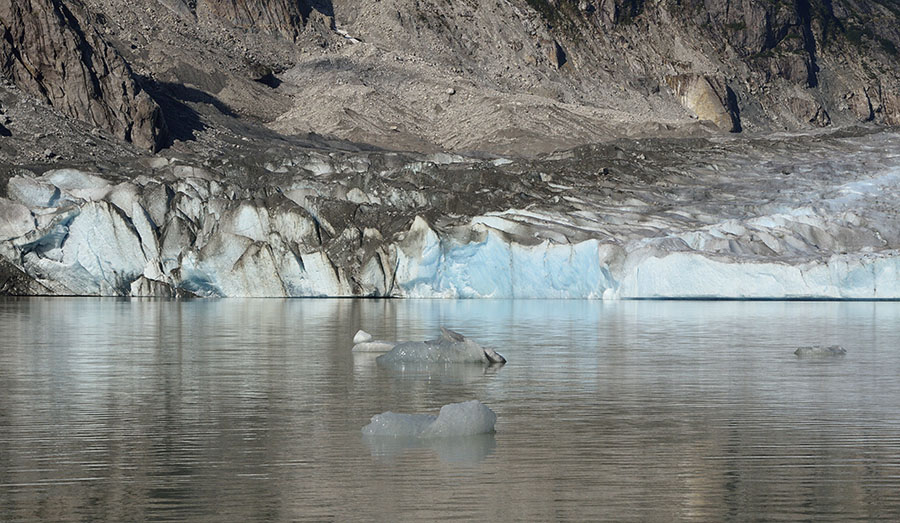 Fairly soon after Shakes Glacier we crossed the US-Canada border, easily spotted by the cleared swath running into the distance. 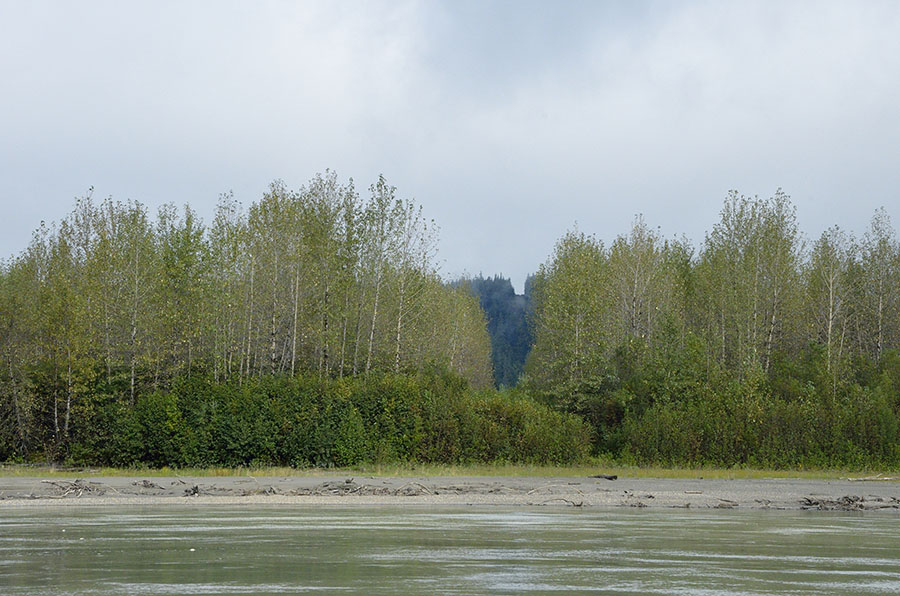 We made a few stops along the way to stretch our legs and to have lunch, finding moose and bear tracks on the silty shoreline.  And who can resist picking up some pretty rocks? 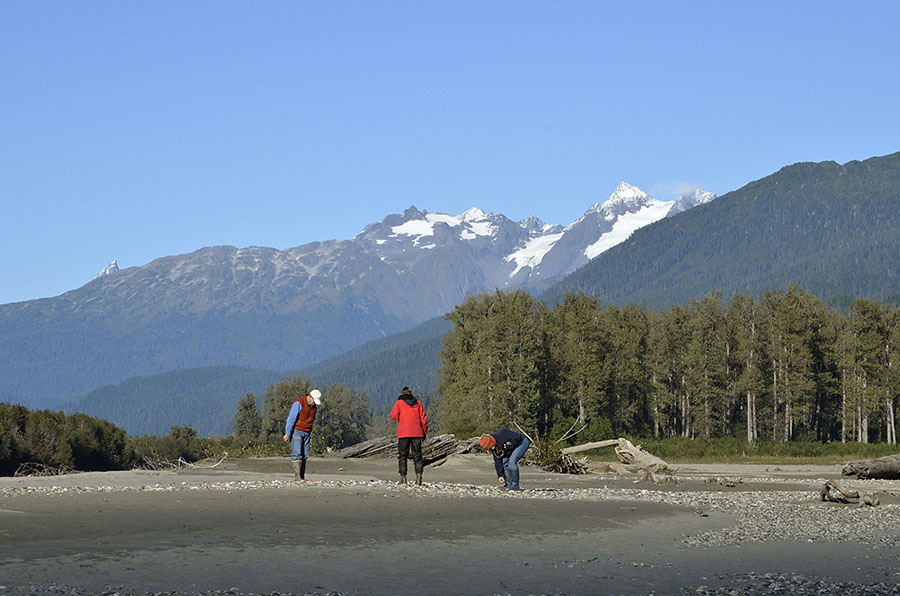 We were SO impressed by the amount of local knowledge the captain had to get us up this river.  He told us that they take boats up slowly and carefully in the spring to find out how the river has changed over the winter and spring thaw – but it’s a lot to remember!  The river flows at 6-8 knots, sometimes faster… and remember I told you that it’s completely opaque.  There are many rapids to negotiate, and everything is dependent on the river’s level, which can change with rainfall or strong sun which melts the glacier faces faster.  It is a dynamic environment, to say the least!

The views left us breathless at every turn, and the fall color intensified as we gained altitude. 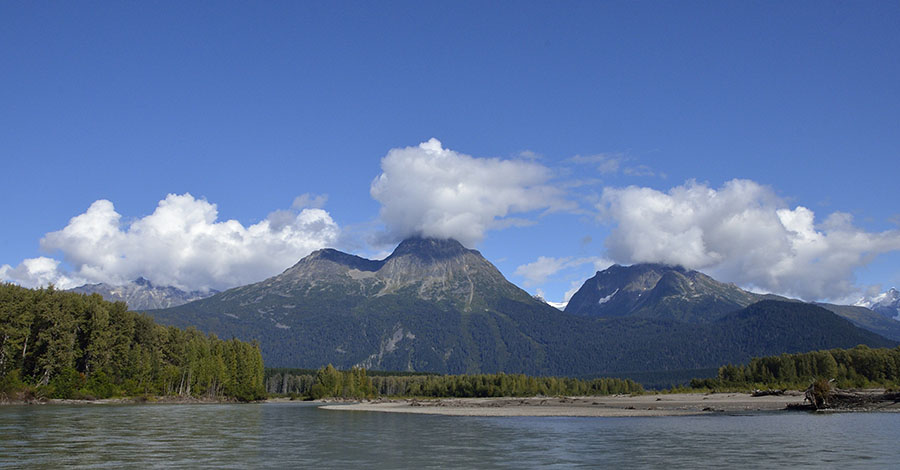 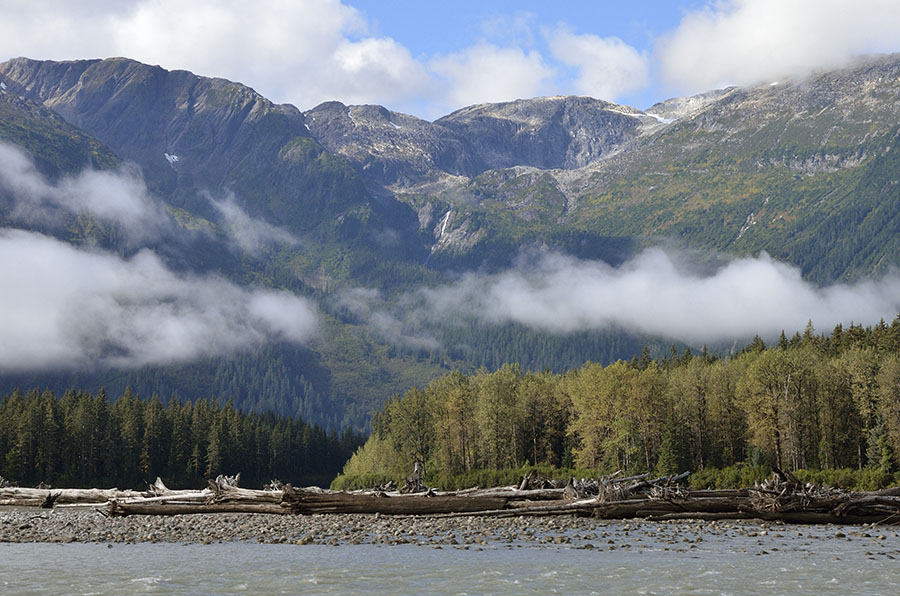 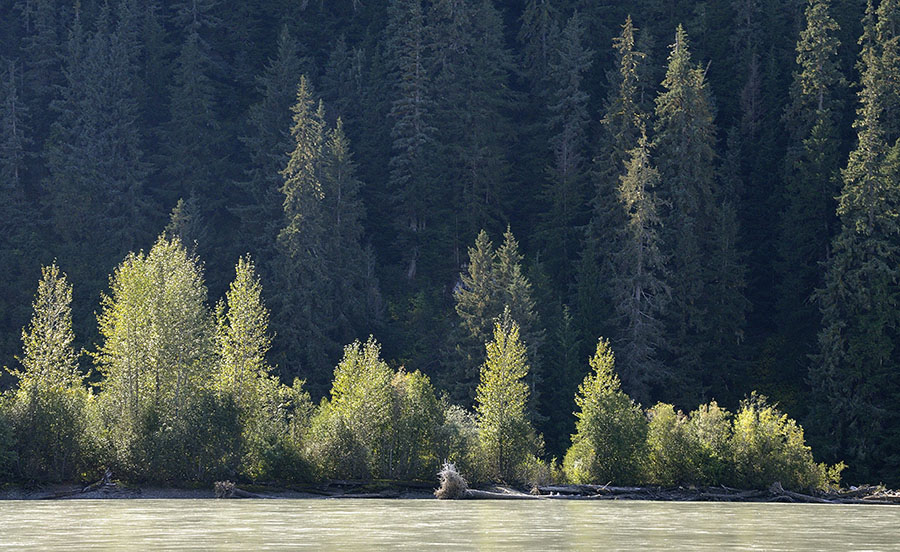 We made it up to Telegraph Creek, BC and dropped off the kayakers before we headed to a little B&B just outside town.  More tomorrow…