As usual I’m running behind, but my latest excuse is that we’re traveling… and not in our usual way (taking our home with us).  This trip involves an actual airplane, though the flight from Petersburg to Seattle was slightly delayed because they had to chase a porcupine off the tarmac.  How very Alaskan.

We flew to the east coast for a multi-stop trip to visit some family and friends, and for some other adventures that I’ll save for the next posts.  It’s a mix of wonderful things and difficult things as we spend time with people very close to us who are confronting grim illnesses.  It’s hard to keep going forward with our plans and adventures while people we love are struggling so much.  We will be there for them when they really need us, and in the meantime we want to make as much of our own time here on earth as we can – it’s not an easy balance to find.  I’ll keep the blog focused on the upbeat interesting things, but our hearts and minds and prayers remain focused on the people we love.

Hurricane Matthew rearranged our plans and the plans of many other people, causing the cancellation of the DeFever Rendezvous.  Fortunately no one that we know suffered any major damage or impact from the storm.  Eventually we made it up to Rhode Island to link up with boating friends, and we got to spend a couple of days exploring New England with glorious fall color and unseasonably warm temps.  First stop:  Mystic Seaport in Connecticut. 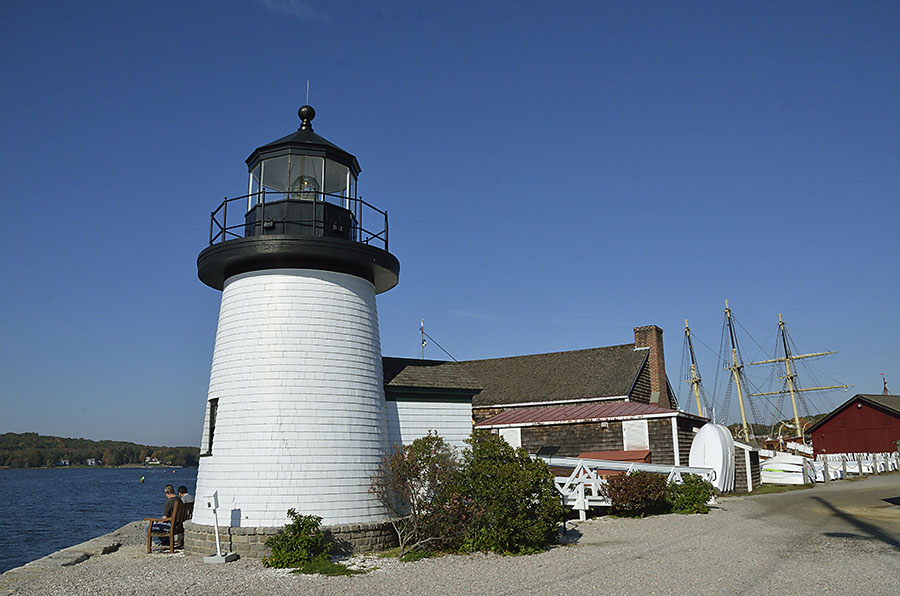 Mystic is a living, working seaport museum focused on the whaling and trading history of the area.  I remember going there with my parents as a little girl several times – always a favorite place with great memories.  Jim and I have been there twice with our boat, which was beyond my wildest childhood dreams – so special.  We love it there, and we even spent time there the day after we got engaged.  Boats are in my blood.  Now we got to go there again with friends on a beautiful day – perfect. 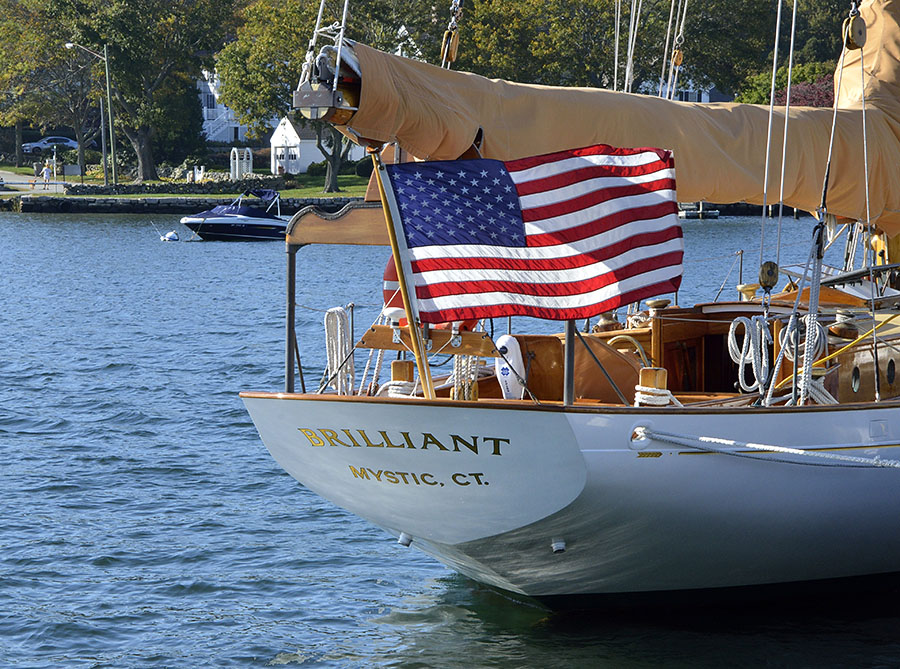 We checked out various demonstrations, stopped by to see one of my two favorite boats there – the BRILLIANT (the other one – a Sandbagger, was already tucked away for winter), and we climbed up to the deck of the CHARLES W. MORGAN to see how the renovation is coming along. 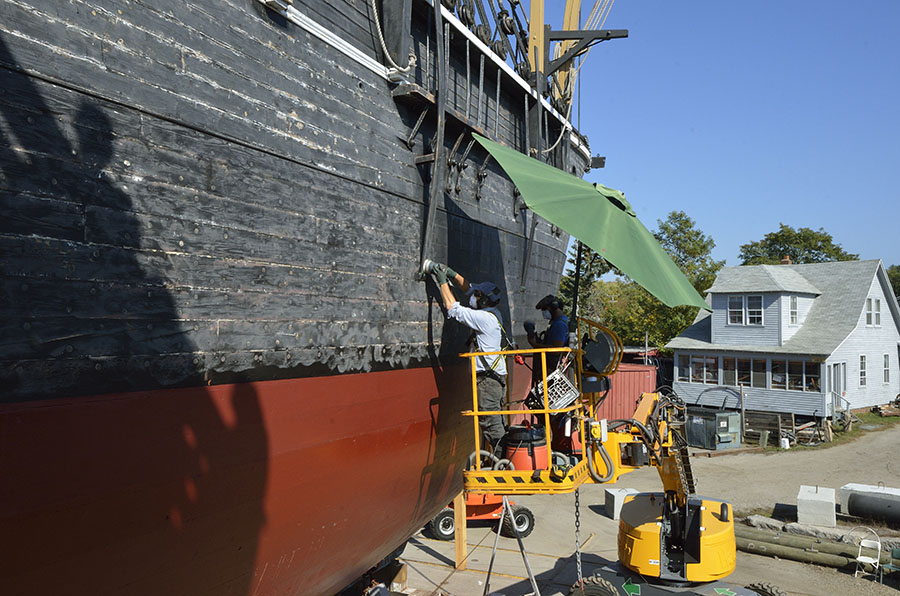 The MORGAN is 133′ long, built in 1841 for whaling.  Imagine the challenges of maintaining such a huge wooden vessel!  She’s almost ready to go back in the water, and she recently had a successful test and short cruise in Long Island Sound. 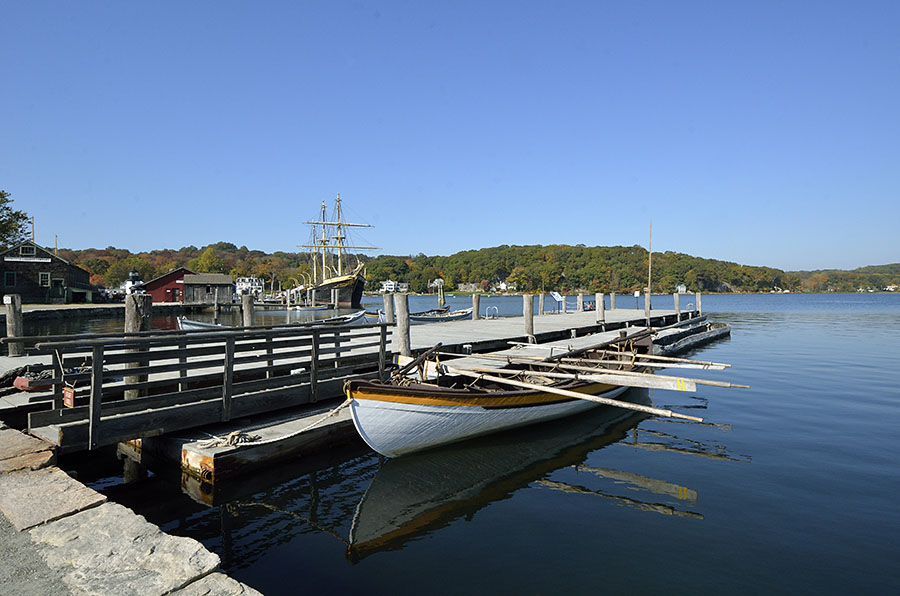 The other special treat was getting to see the Viking longship Draken Harald Harfagre that sailed across the Atlantic from Norway to the U.S. this past summer. 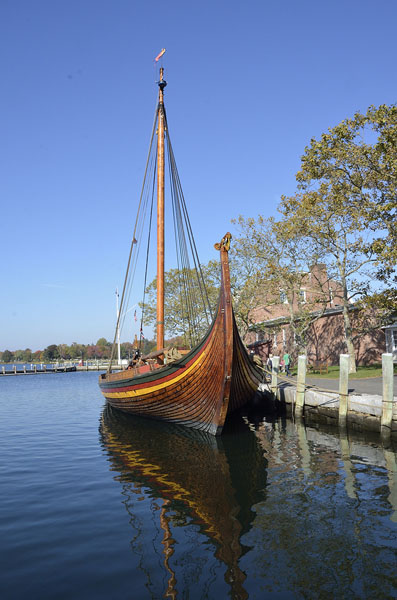 We missed the lecture from the ship’s captain about the history of the longships and about the Draken’s voyage, but it was still neat to see her and to get a closer look at the traditional clinker-planked construction.  There were carved designs at both ends, and the dragon on the bow was most impressive. 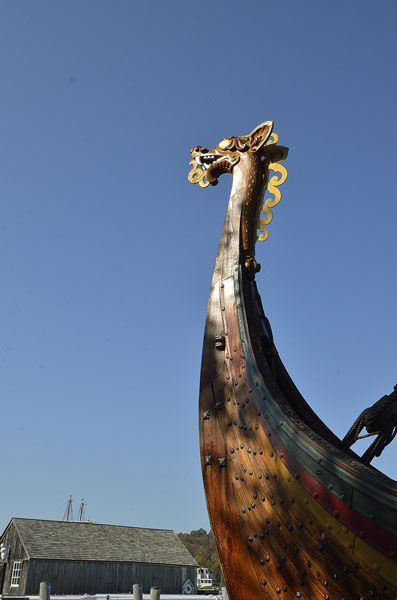 Living in Alaska’s Little Norway and having Norwegian ancestors (my great-grandfather came from Mandel Norway), it was special to experience a little Viking heritage on a sunny day in Connecticut.  They also had a smaller longboat on display, and we noticed how similar it is in shape to the Tlingit log canoes.  The construction is completely different, but the length to beam ratio and high ends were remarkably close. 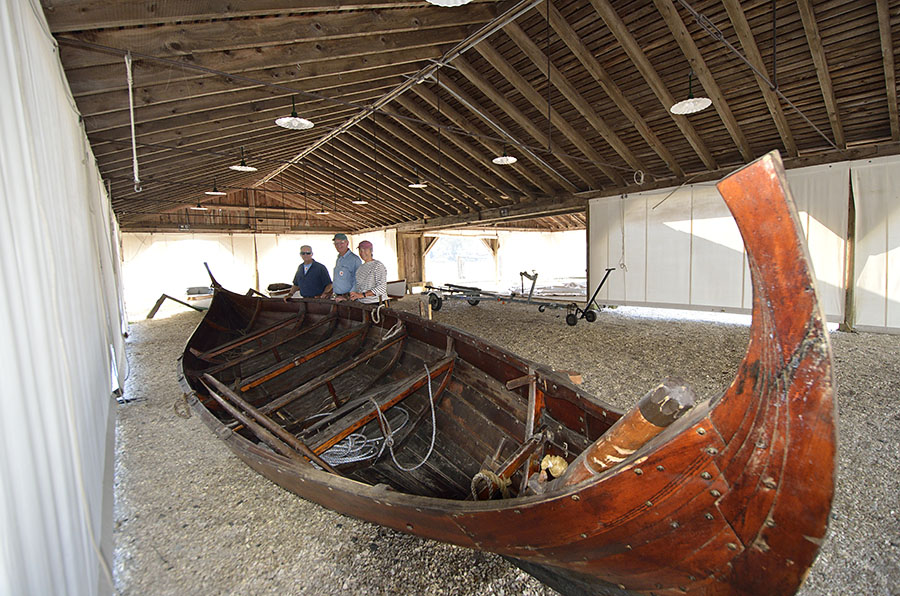 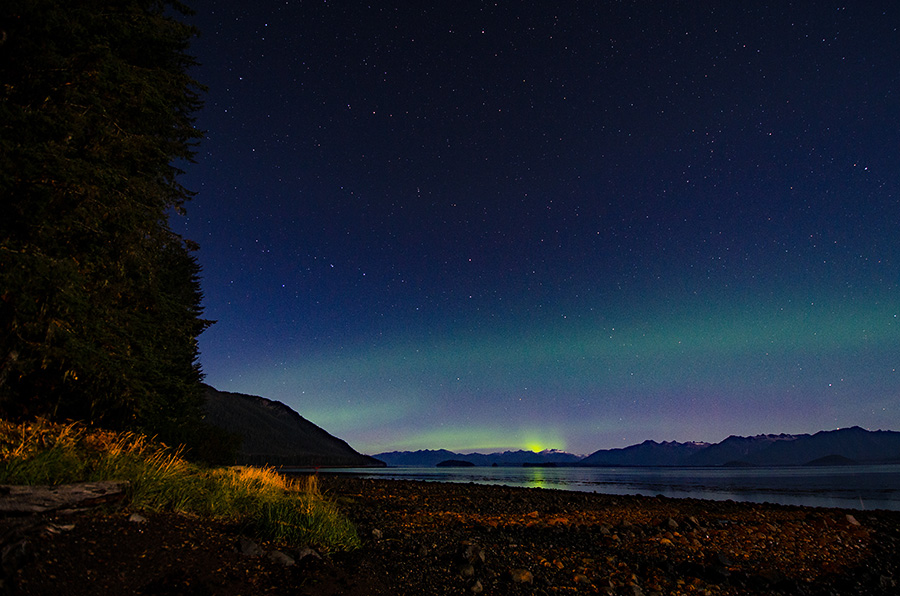 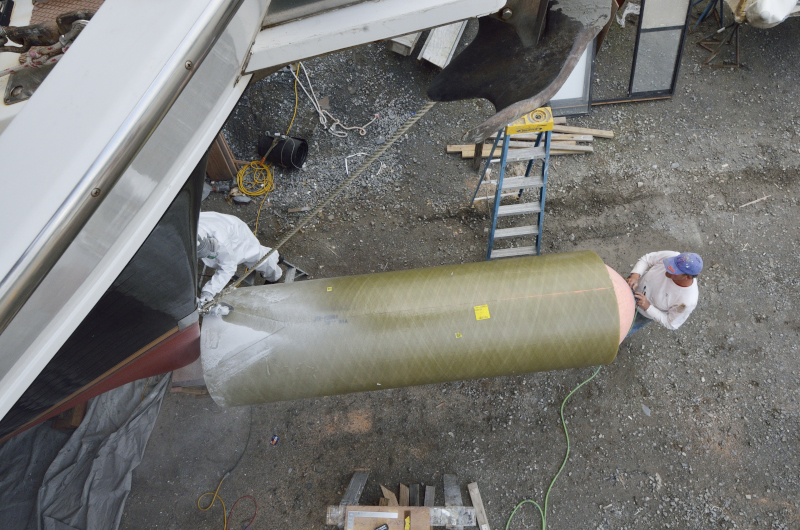 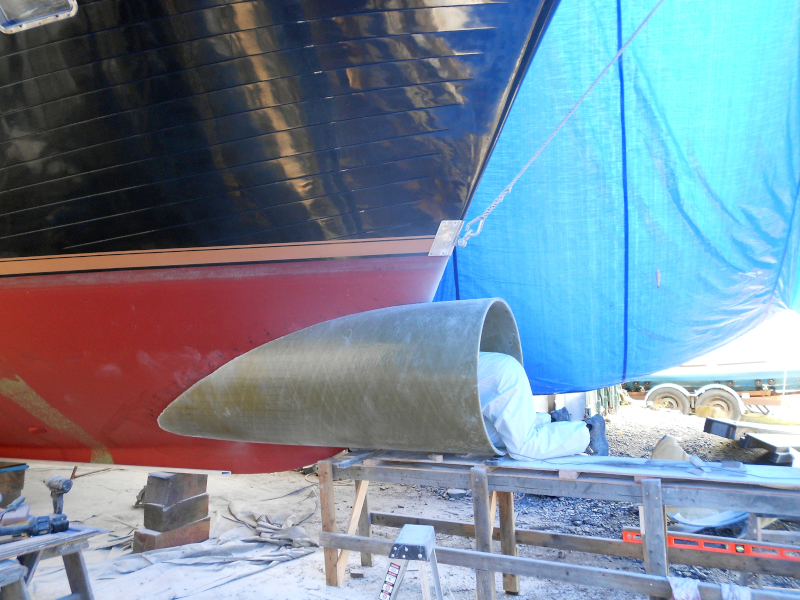 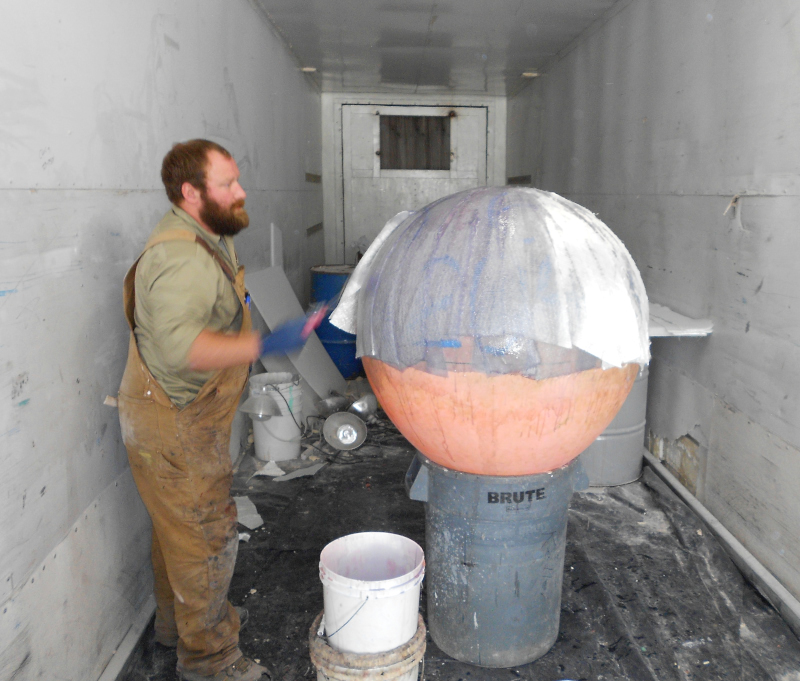 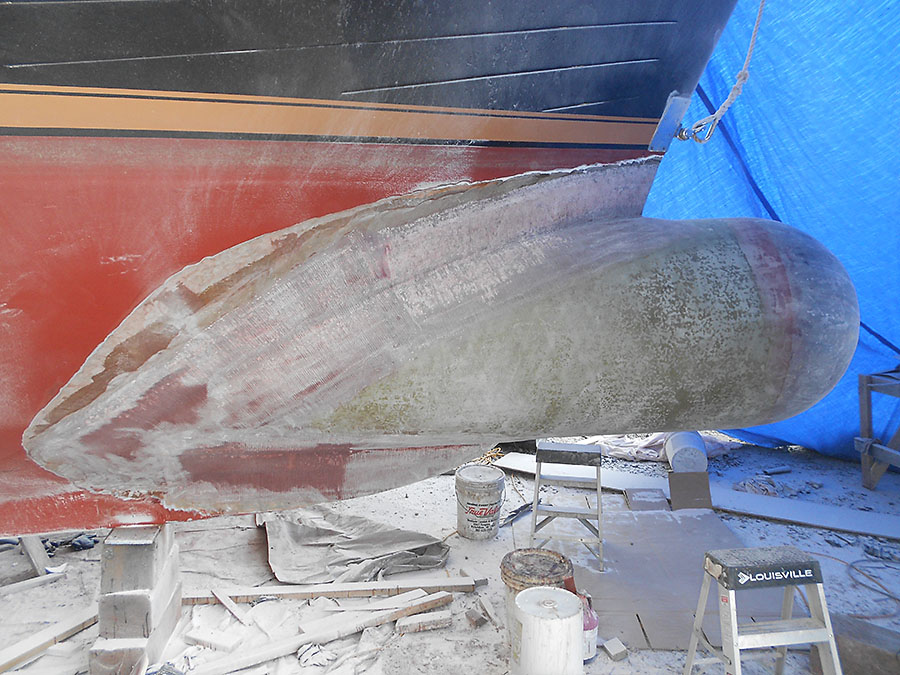 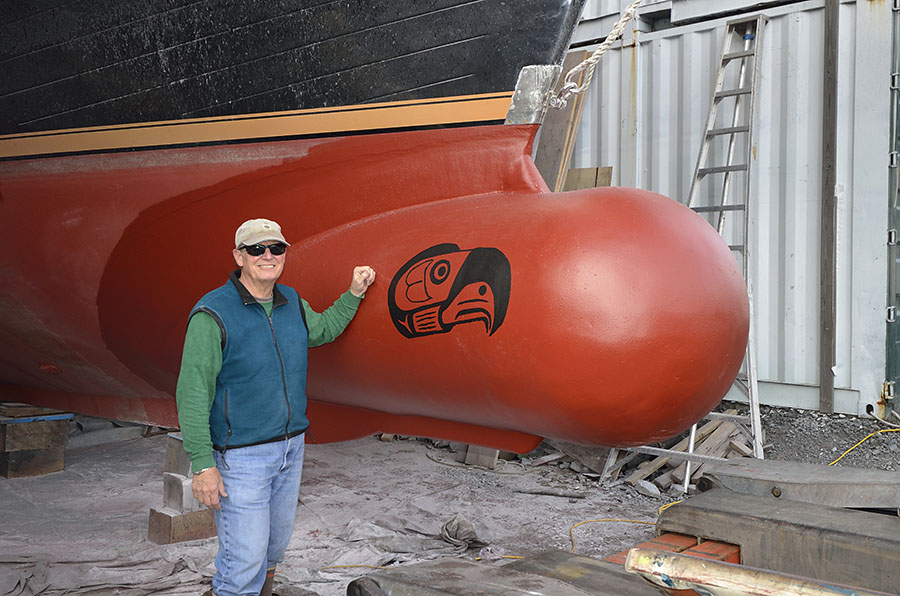 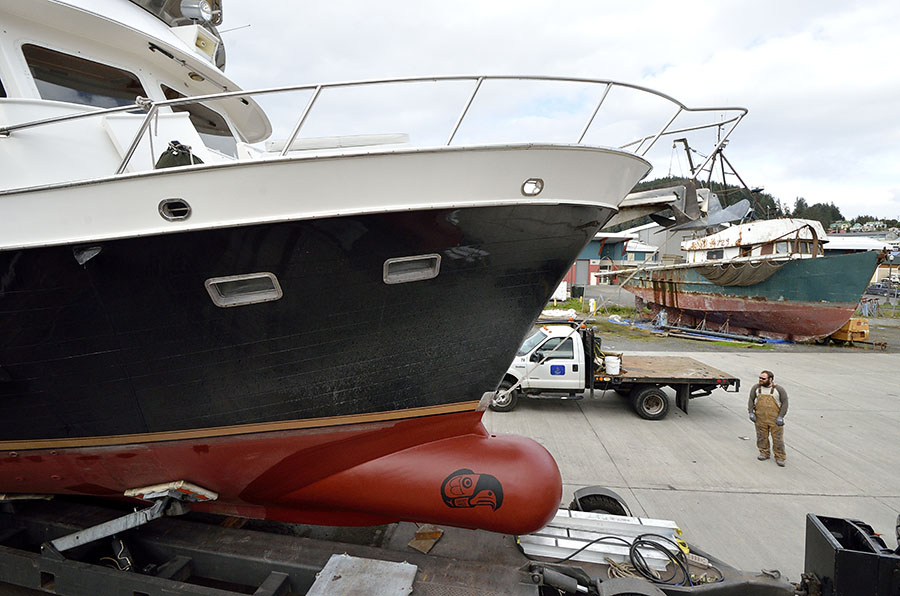