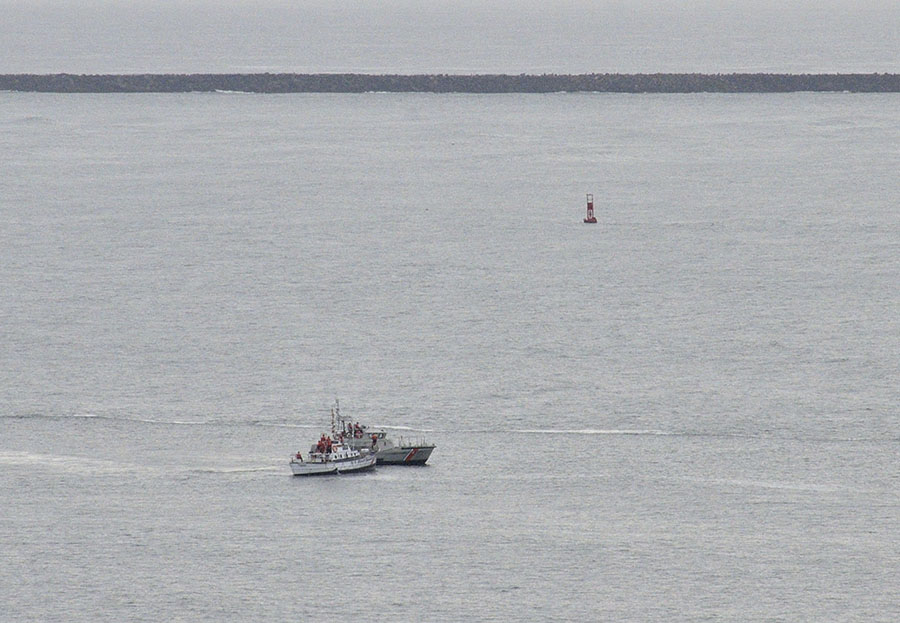 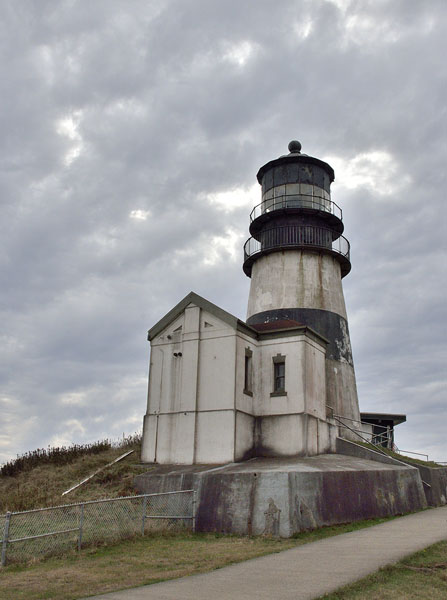 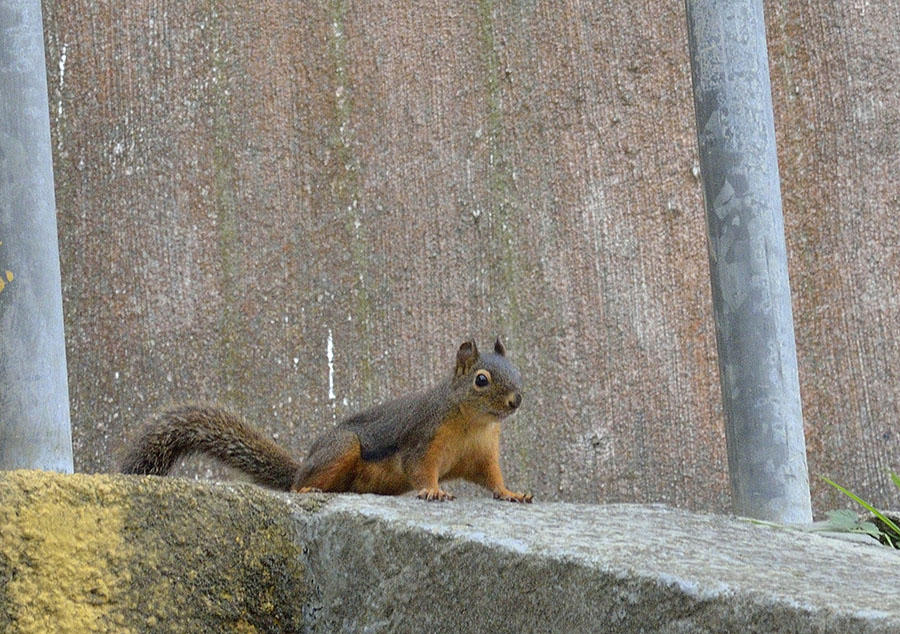 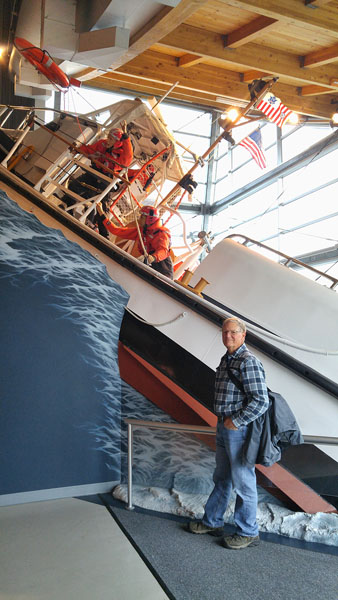 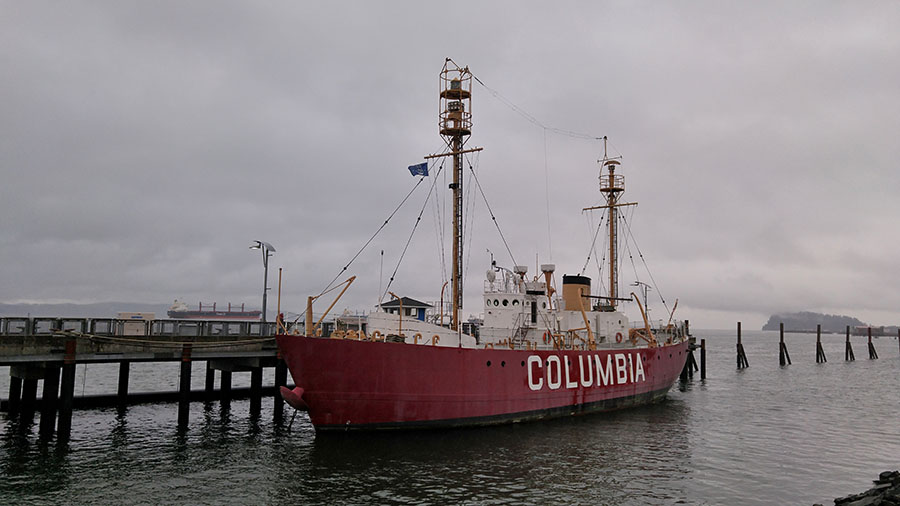 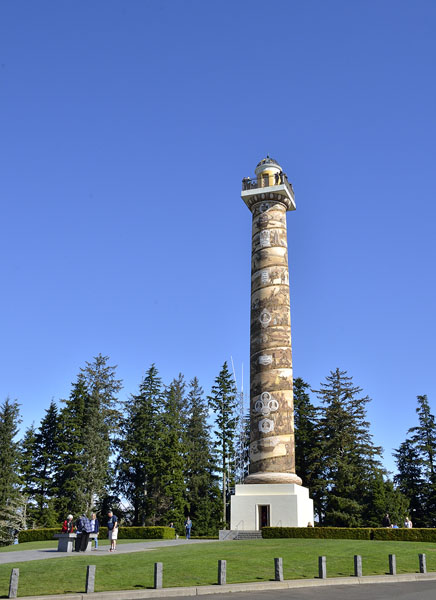 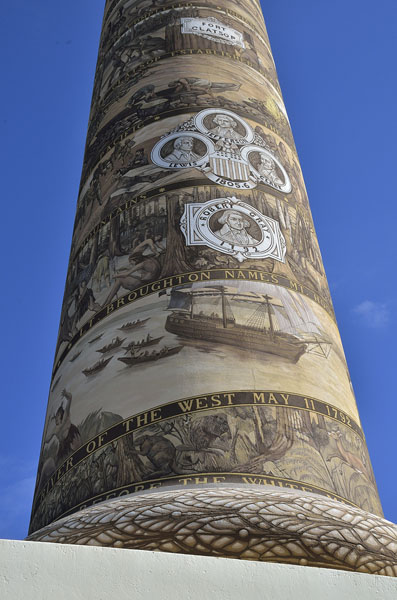 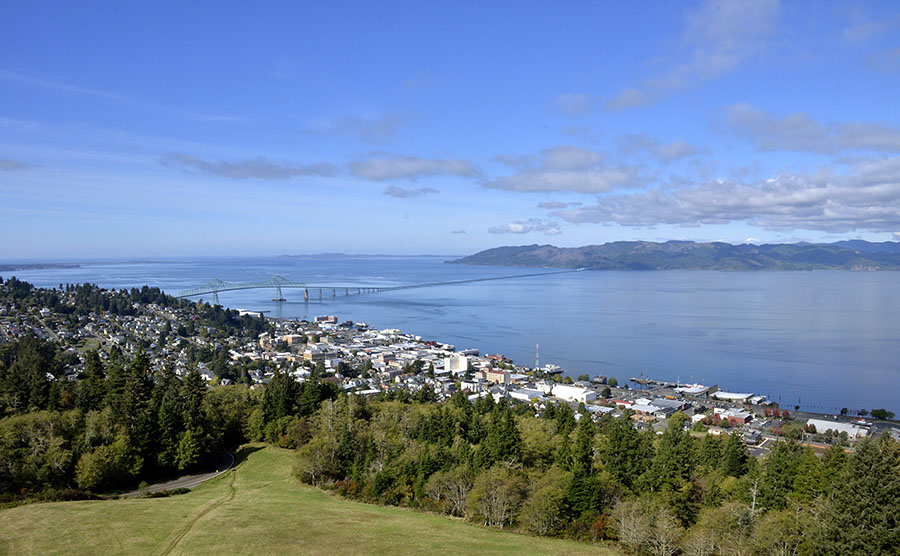 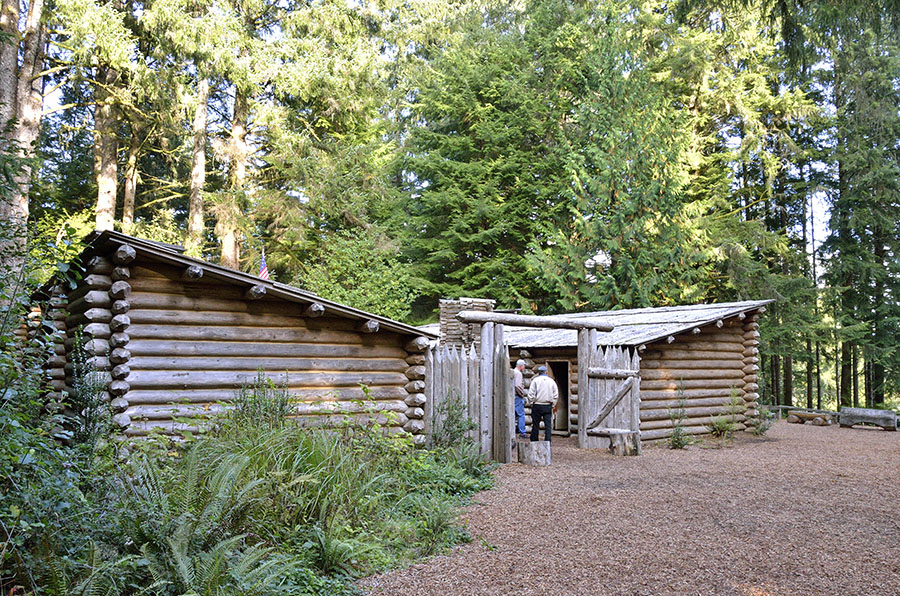 We began our exploration of the fabulous Oregon coast at the top – at Fort Stevens State Park at the mouth of the Columbia River, which divides Washington from Oregon.

The Fort features plenty of wooded hiking trails and campsites, as well as long stretches of wild beaches… 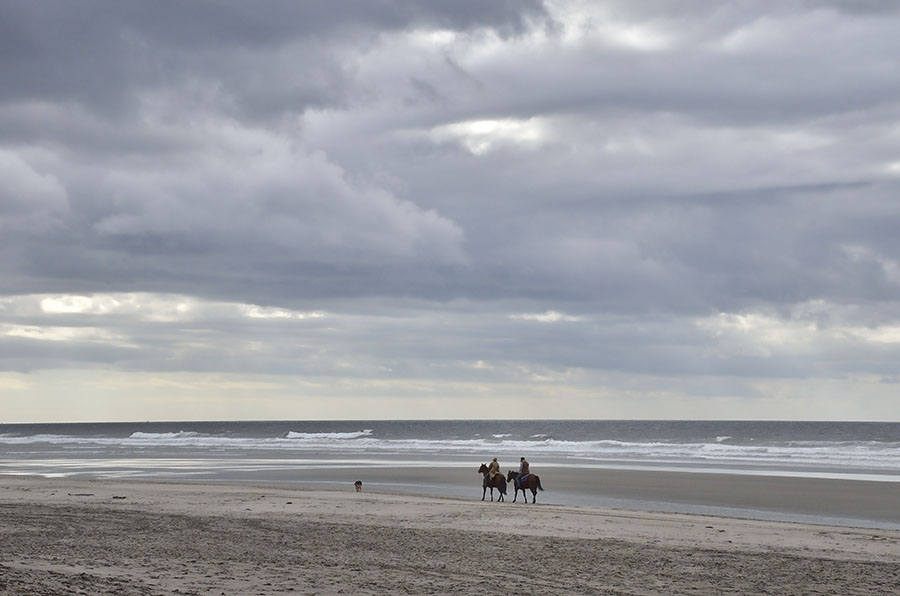 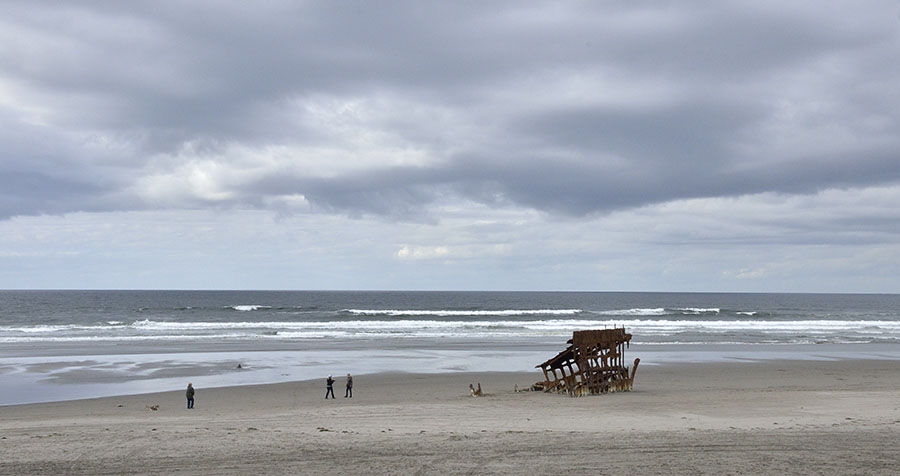 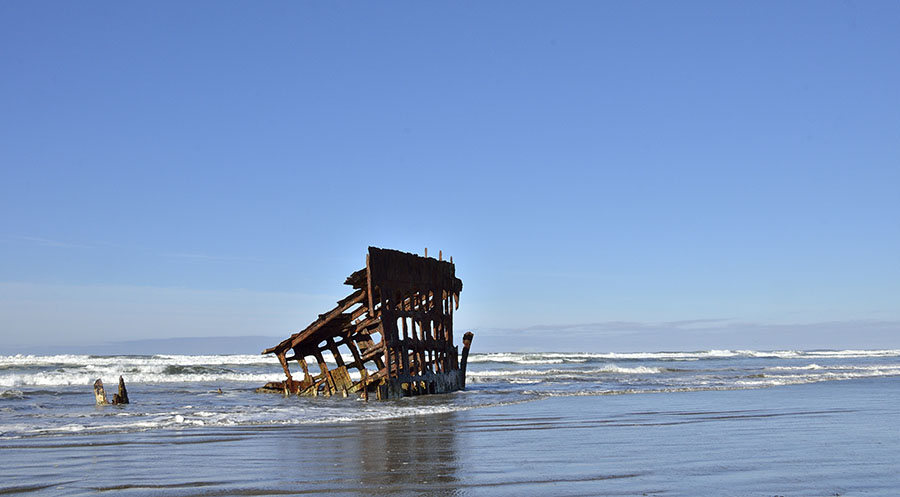 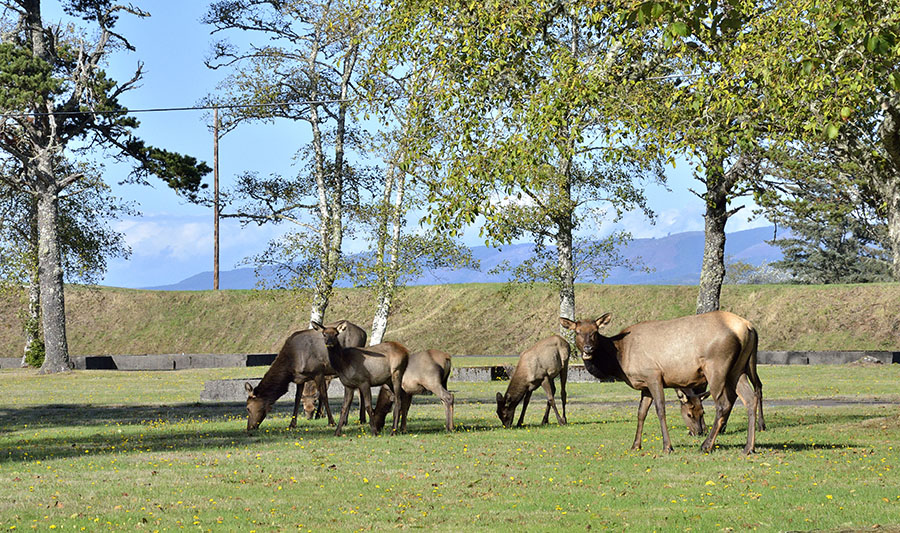 …and the remains of the fort, built towards the end of the Civil War and active from 1863 through 1947.  Fort Stevens was one of three built to protect the Columbia River entrance with large batteries of canons and big guns. 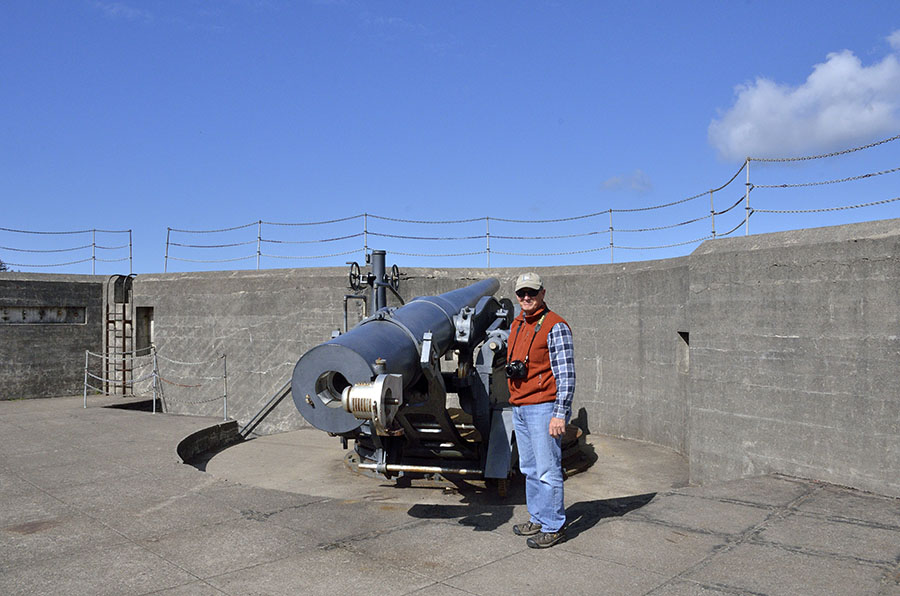 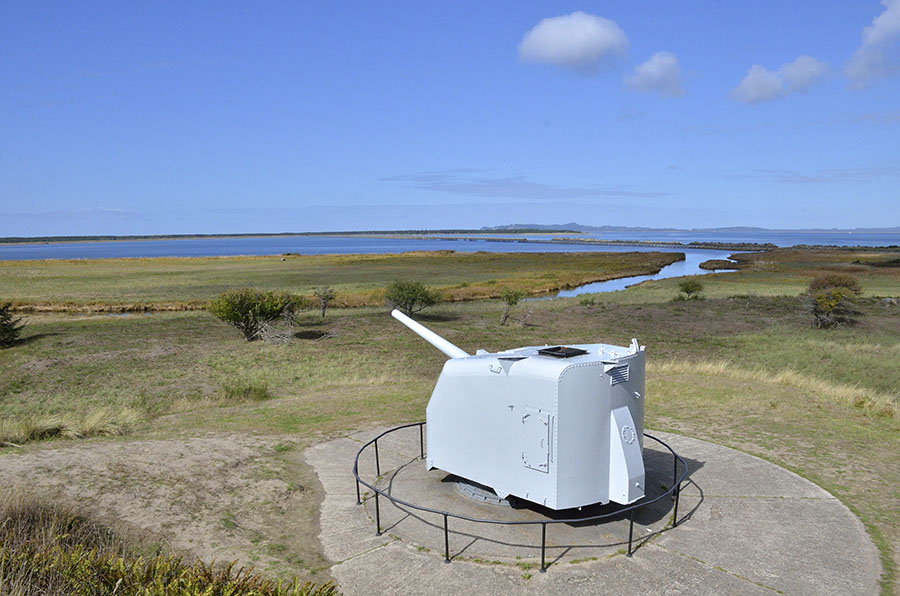 It’s a fascinating place with so much to do – we had a ball.  We walked along the beach, watched the Coast Guard practicing in the river…

…spotted sandpipers and pelicans and cormorants, and savored the views. 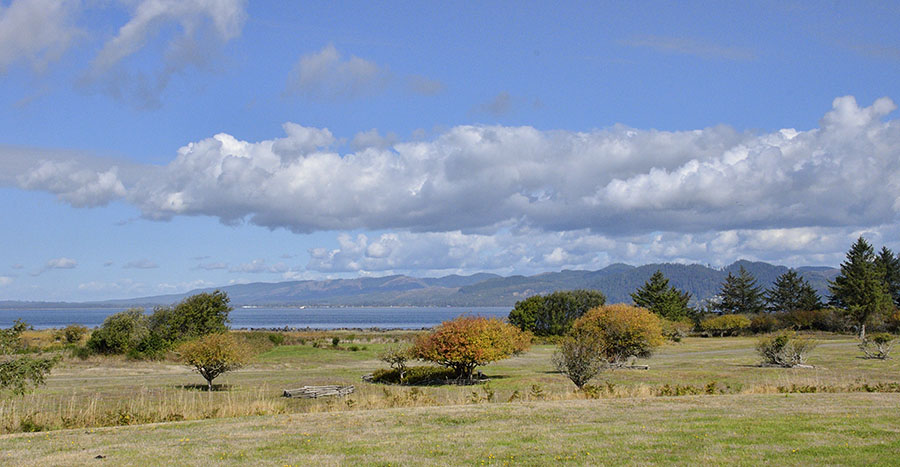 One of our favorite things about boating is getting together with other boaters to share knowledge, experience, and fun… we call them Rendezvous!  A group of DeFever owners in the Pacific Northwest organized a regional Rendezvous in the sweet little town of Poulsbo, Washington. 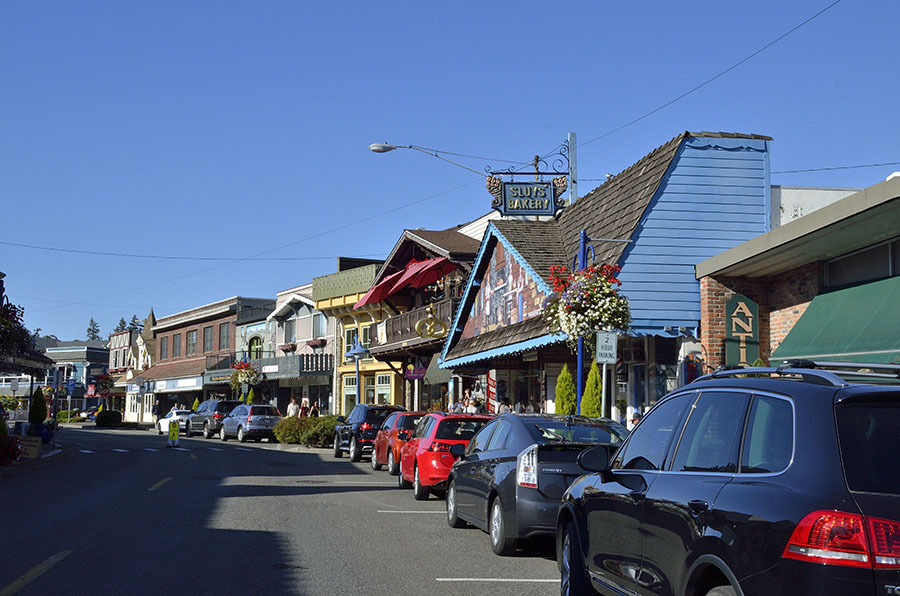 Much like Petersburg, Poulsbo is very Norwegian and it’s a popular tourist destination, with an excellent bakery, art galleries, and little shops. 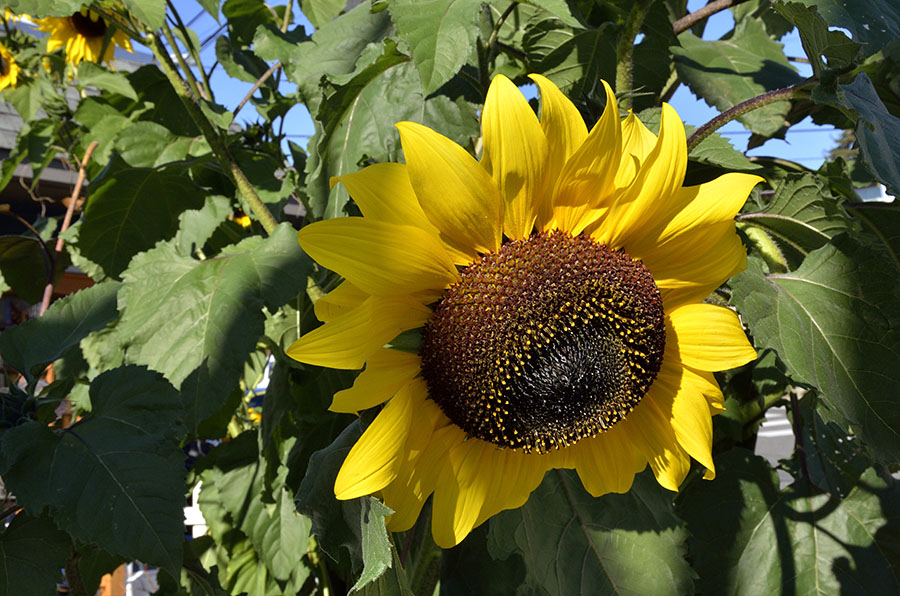 We had perfect weather – warm and sunny for most of the weekend, enjoying “dock-tails” on the floating dock… 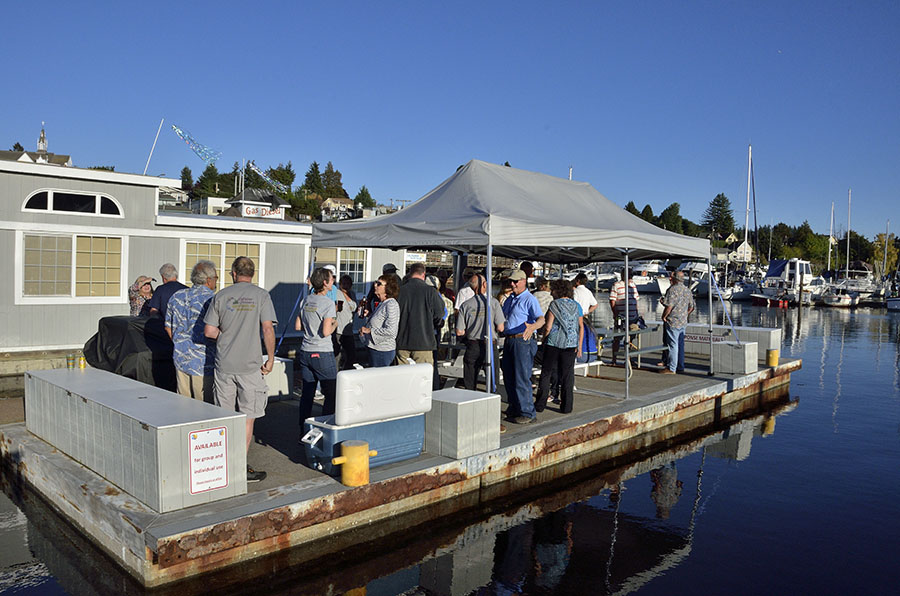 …and admiring a variety of DeFever boat models, all with that distinctive high flared bow.

About 55 people and 17 boats attended, with boats ranging in age from just a few years old to over 55 years old!  We were sad that we couldn’t bring ADVENTURES – but it’s about 1000 nautical miles and not the best season to be traveling the coast!

We met a lot of new people from Washington and nearby British Columbia, and got to visit with friends from North Carolina and California.  Jim had fun walking the docks – he was able to lend a hand to a guy with a hydraulic steering problem, as well as help a friend get rid of an old 8D battery.  It weighs 130 lbs, and it was easier to get it up to the boat deck and lower it down with the davit. 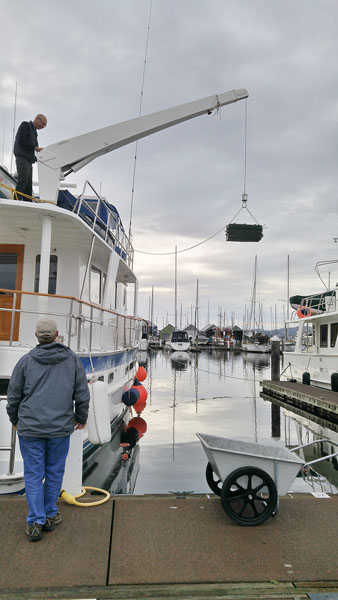 We had a great time, though the weekend was far too short!  Now we’re off to explore the Oregon coast with the camper.

Summer is over… the fishing fleet is back… 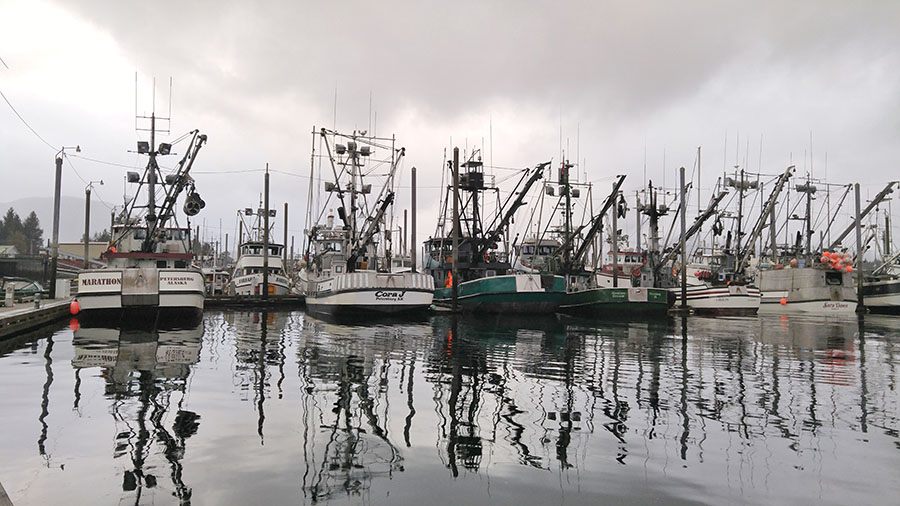 and we need to get the boat ready for winter before the weather changes.  The dinghy needed some TLC and it was safer for me to work on it by putting it on the tidal grid instead of suspending it with our davit and laying underneath it. 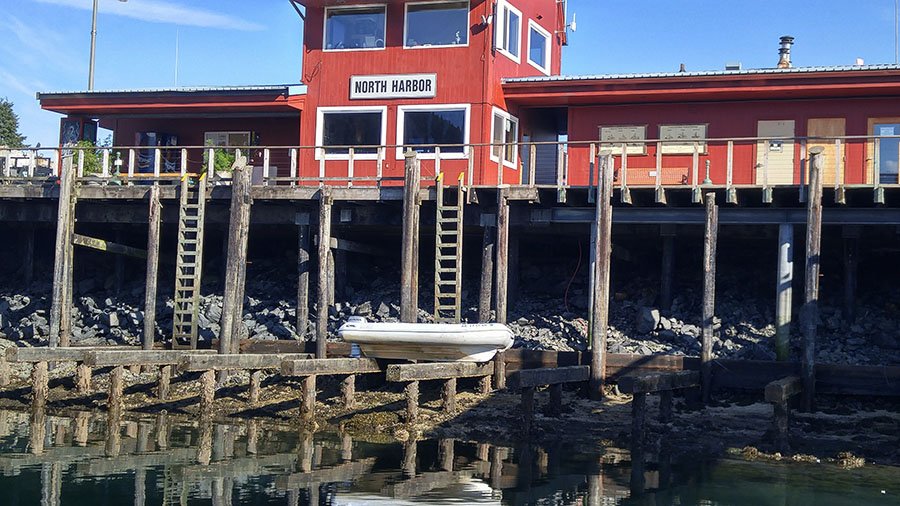 A tidal grid is a structure that supports a boat when the tide goes out.  It’s used to make quick repairs or do maintenance below the boat’s waterline, but you have less than 12 hours to do it!  Just float your boat onto the grid when the tide is high, tie it and tend the lines as the tide ebbs, and get out there and work as soon as the ground under the grid is bare.  I got a LOT of laughs for putting such a tiny boat on the grid – but it made my job safer and easier.

With winter prep completed and daylight shrinking by 5 minutes a day (!)… 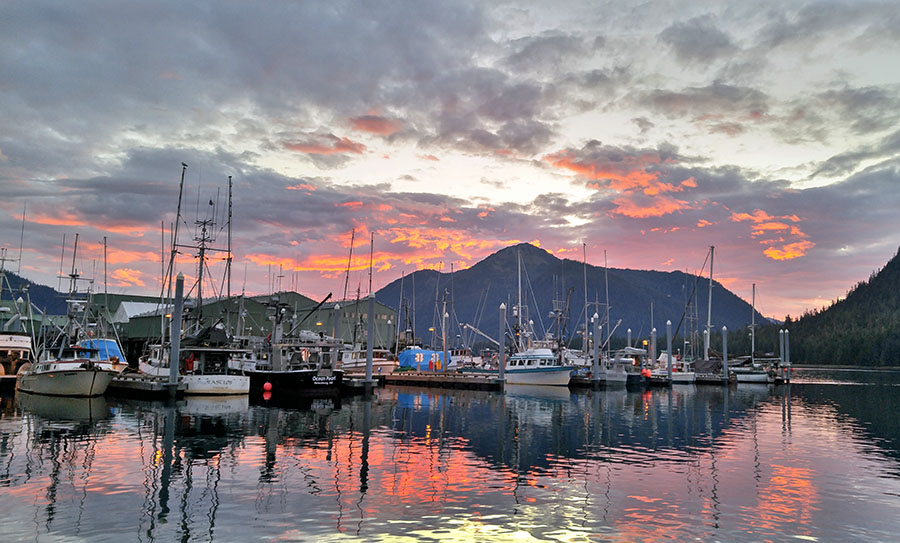 …it was a perfect time to take a trip for a different kind of adventure. 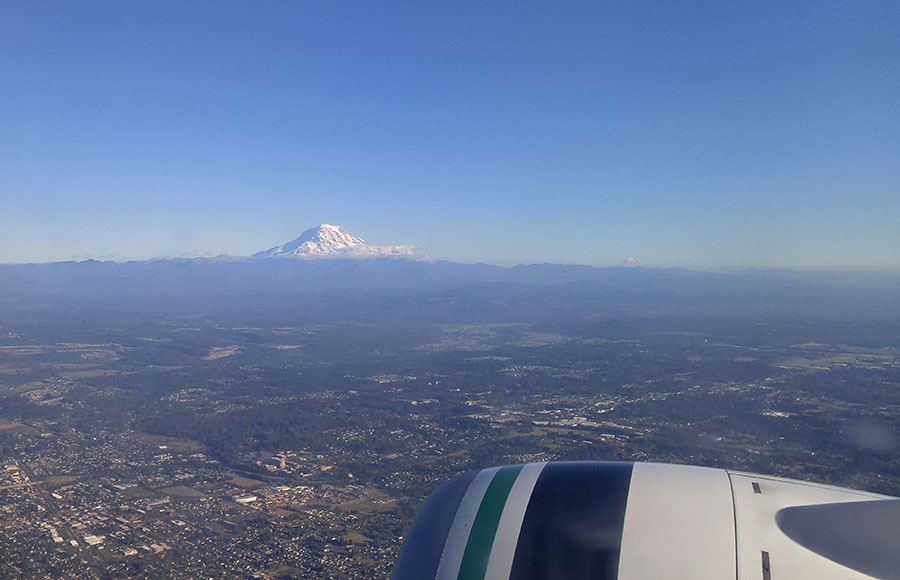 We flew “down south” (which refers to anywhere in the Lower 48), and I immediately took advantage of abundant stores to check out two yarn shops. 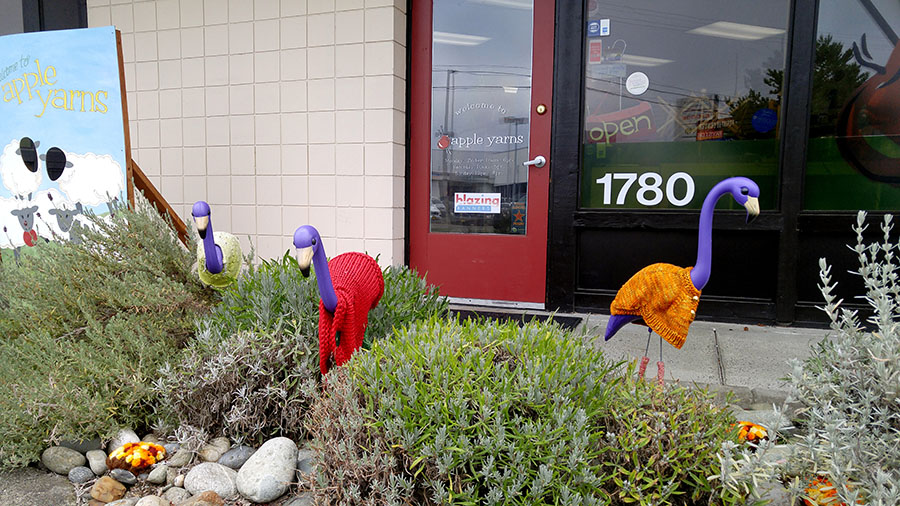 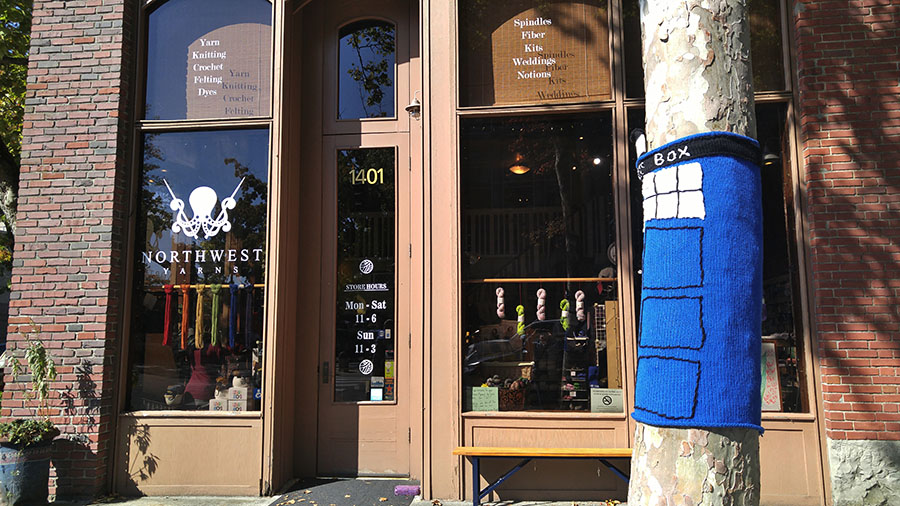 We picked up our RV, took it on the ferry… 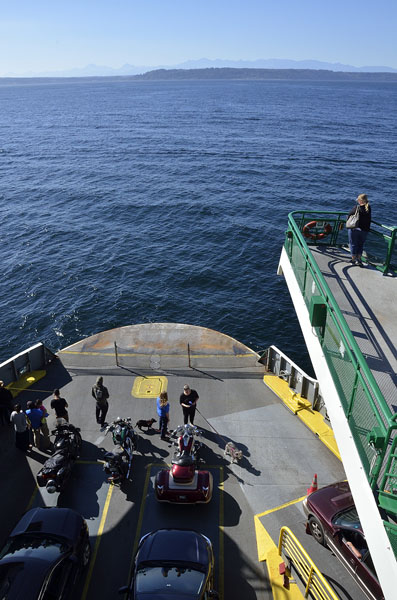 …and… I’ll tell you more in the next post.