We cruised around the bottom of Admiralty Island, heading for the east side of Baranof Island – also known as the “waterfall coast”. 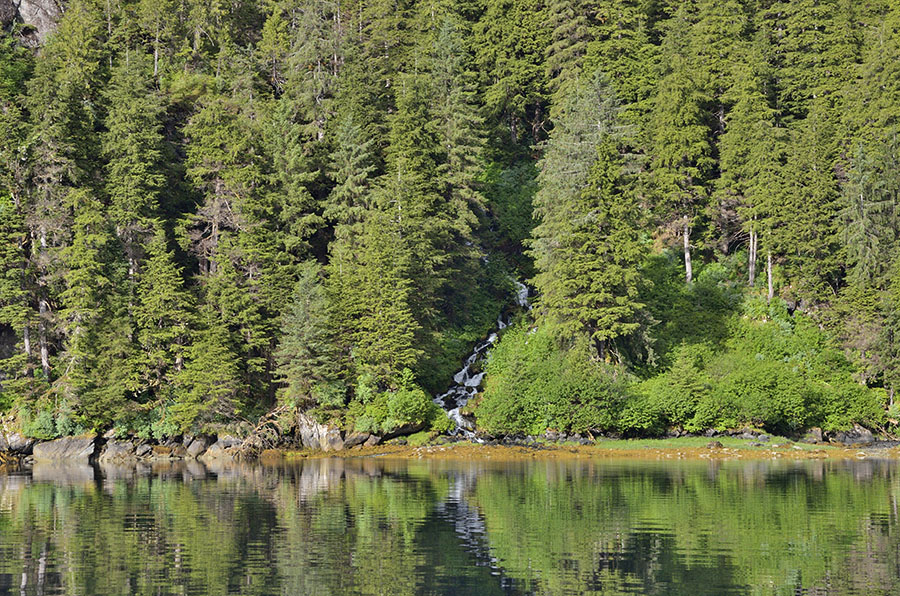 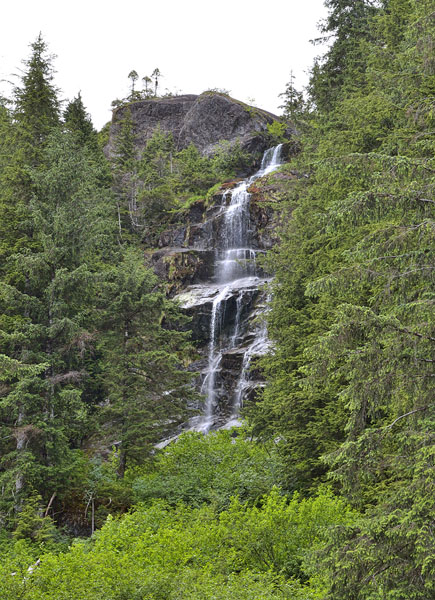 We anchored in a favorite spot – Takatz Bay, which has several waterfalls and a roaring stream back around the corner.  It’s a grand place.  We had it mostly to ourselves, though a charter boat came in to anchor the last evening.  It’s such a pretty old classic (built in 1921) that we thought it didn’t spoil the view too much. 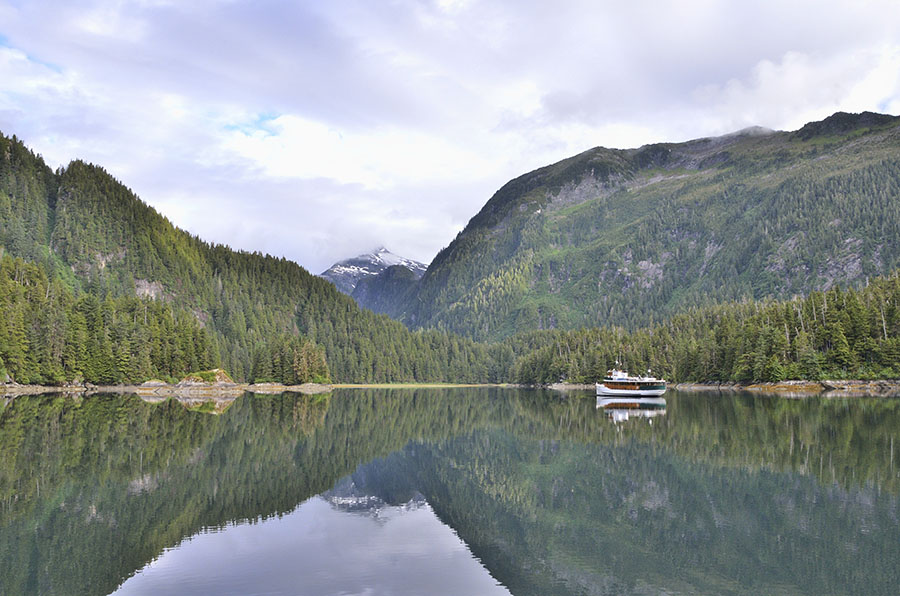 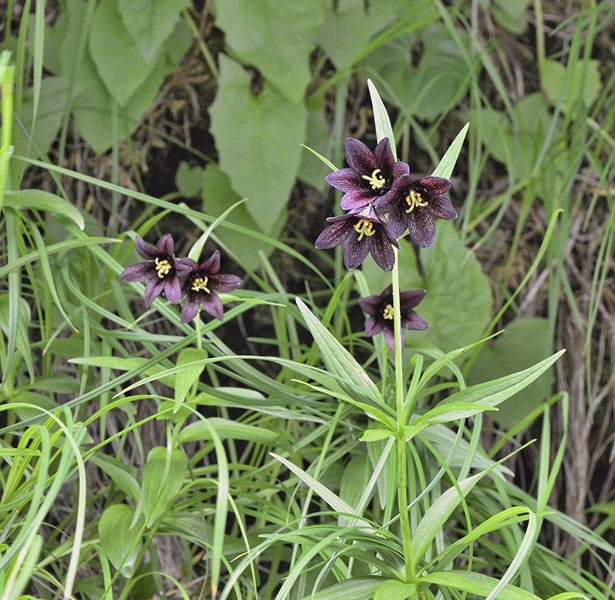 …and a curious little mink! 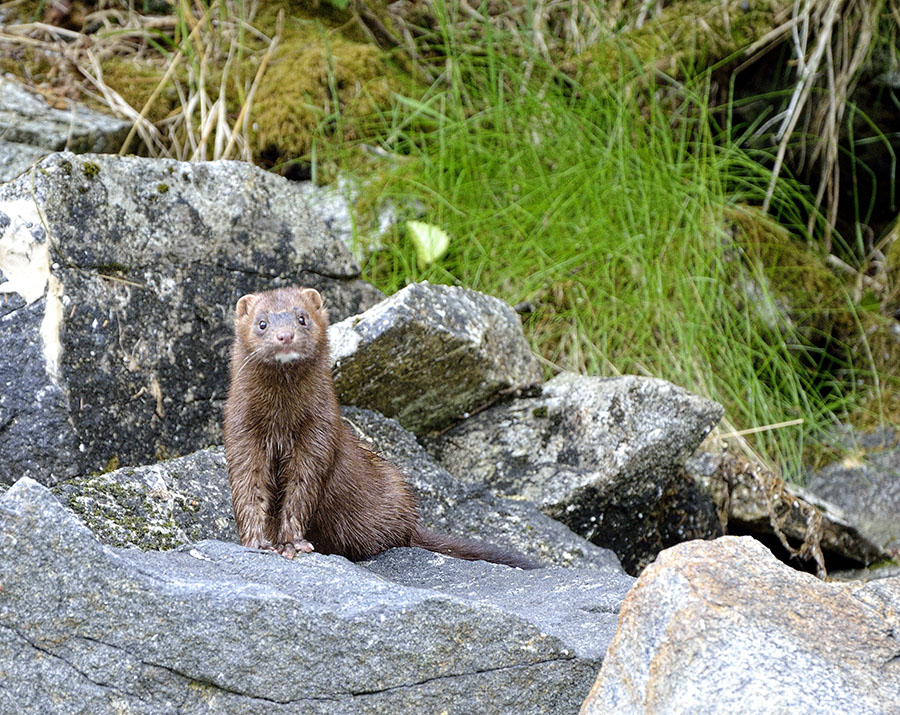 We moved up to a different anchorage just a few miles farther north – an intimate little cove next to the big Kasnyku waterfall. 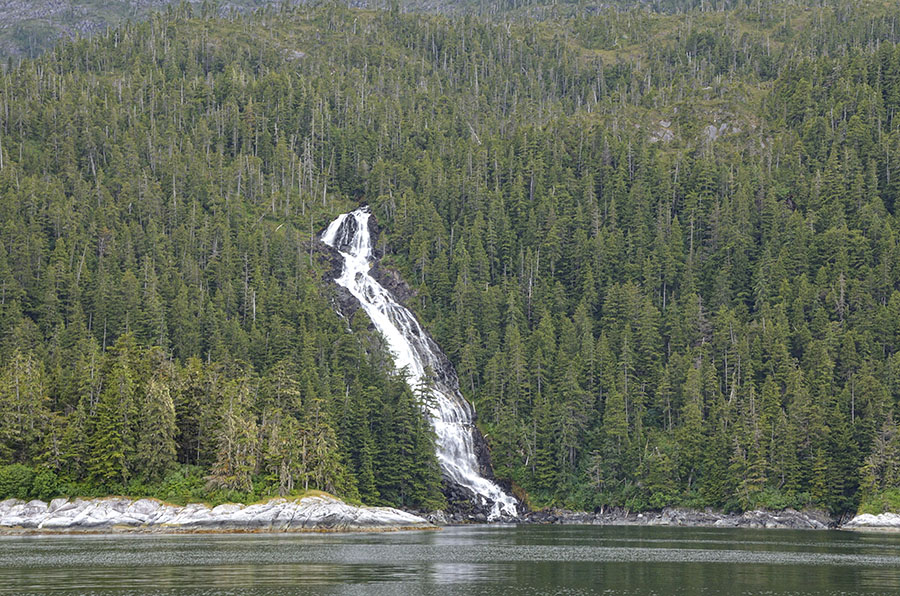 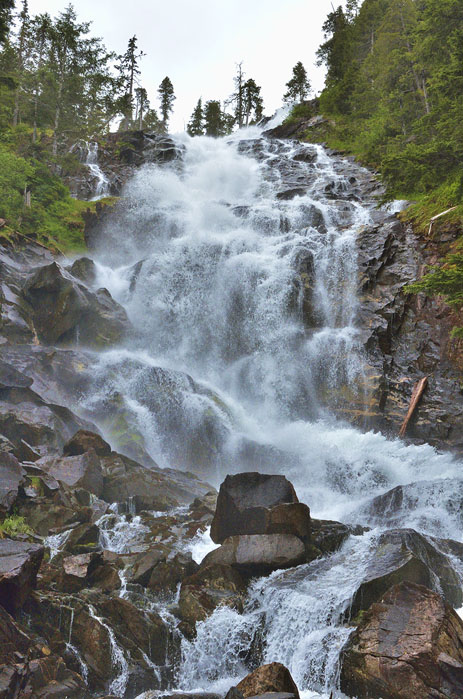 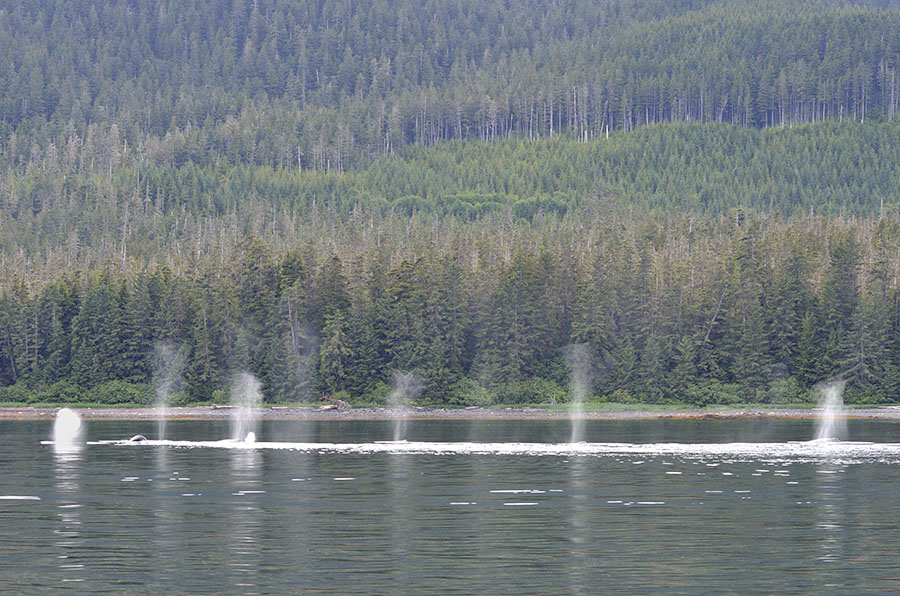 …and we got to watch them bubble net feeding several times. 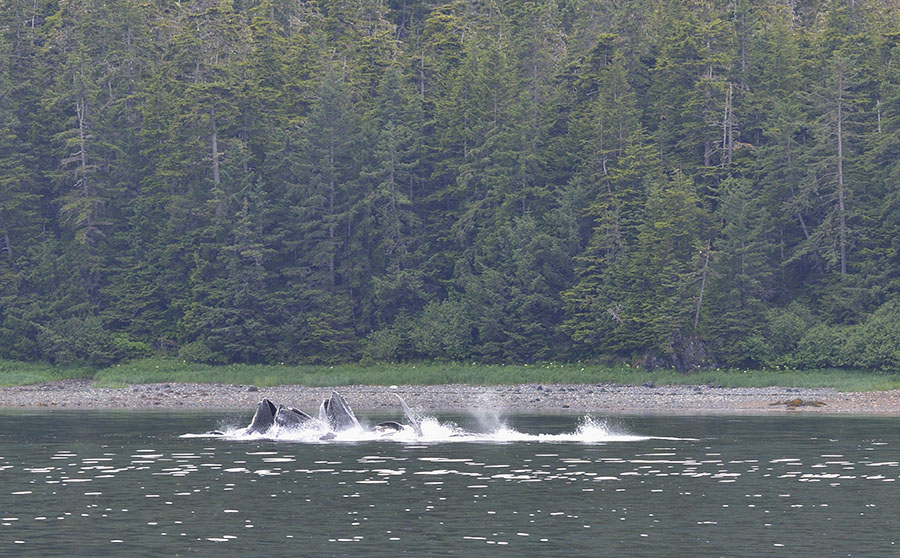 With hearts still pounding from the great whale sighting, we headed into Pavlov Harbor and spotted a brown bear sow and two very small cubs on the beach right near where we planned to anchor.  Yowza! 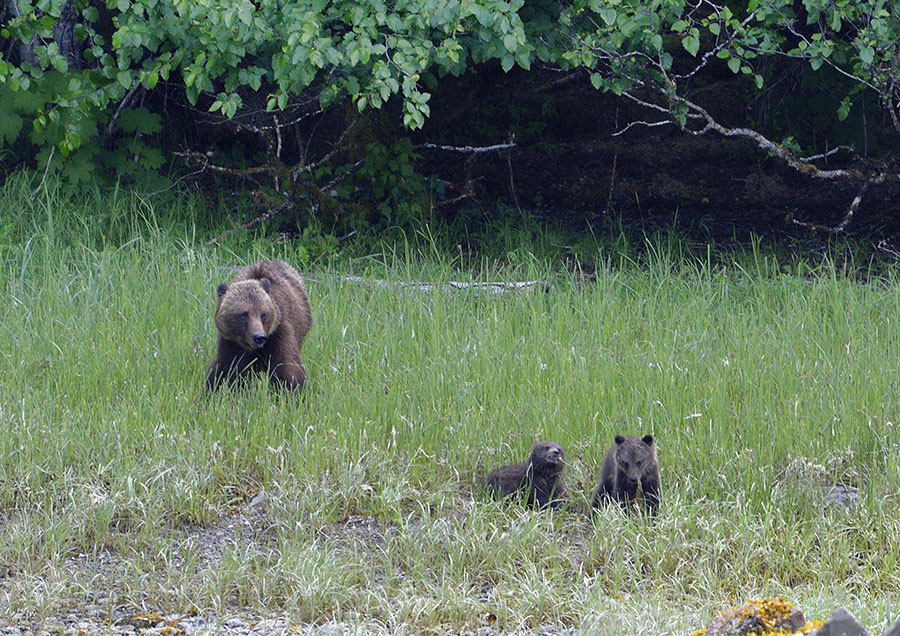 The minute we got the anchor set, I jumped in the kayak to get a closer look at those little 1st year cubs. 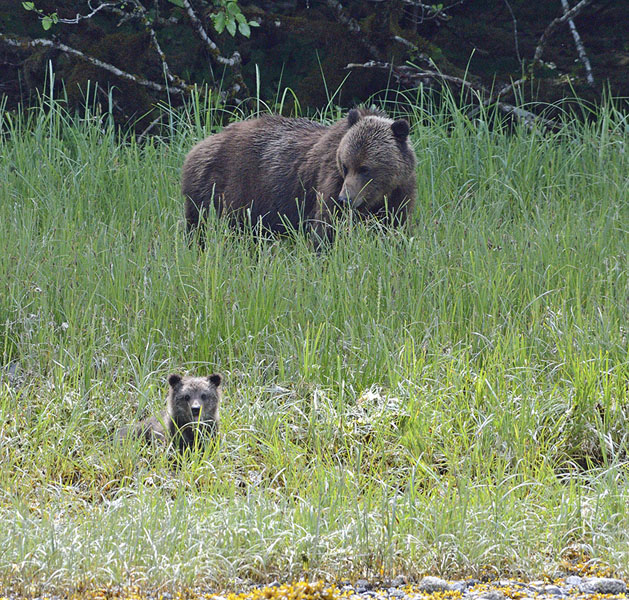 They were just adorable – little fluffs of fur, munching on grass like their mom.  I kept a good distance and the sow ignored me.  I eventually backed away and headed up the creek to look for other bears, and watched the sow and her cubs vanish into the woods. 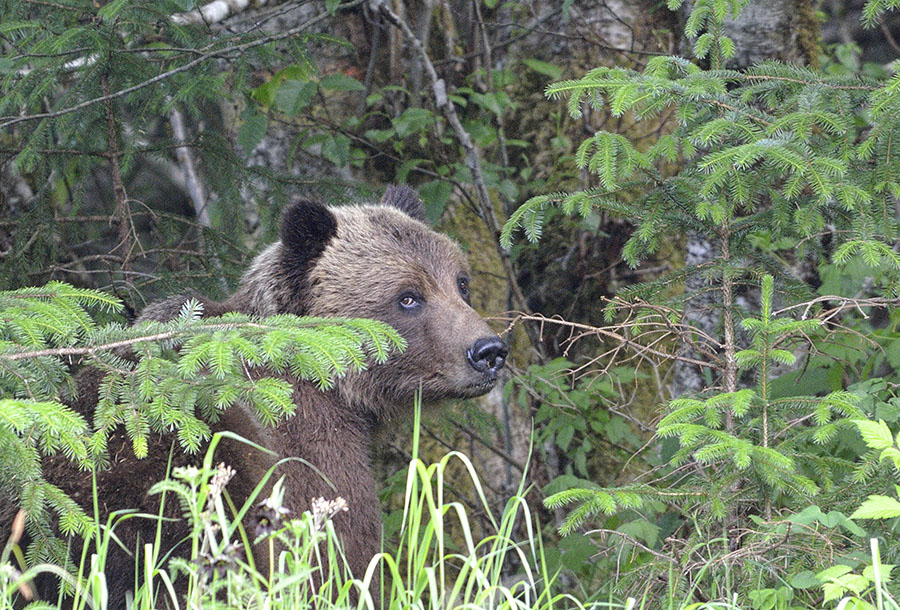 As I ventured farther up the creek I spotted a pair of sub-adult brown bears – likely siblings around 4 years old who are still finding their way in the world. 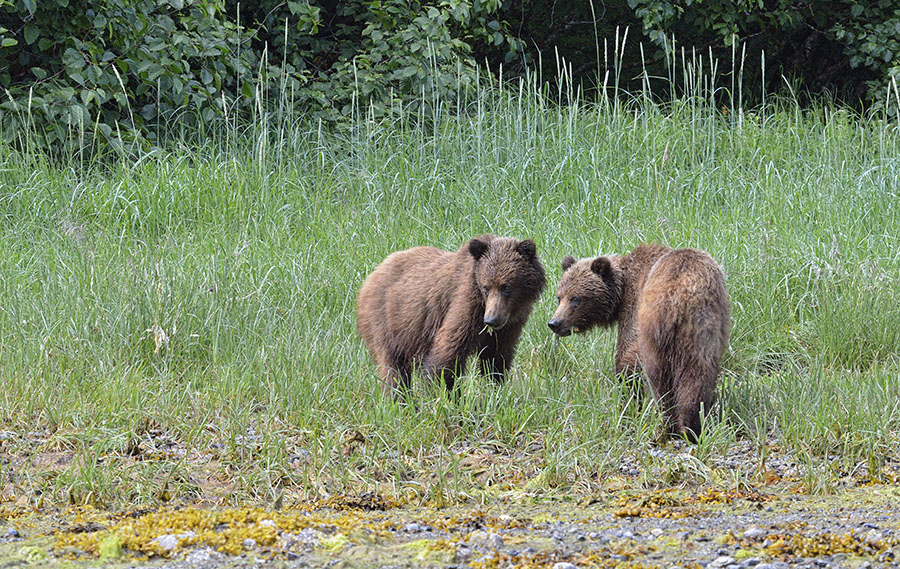 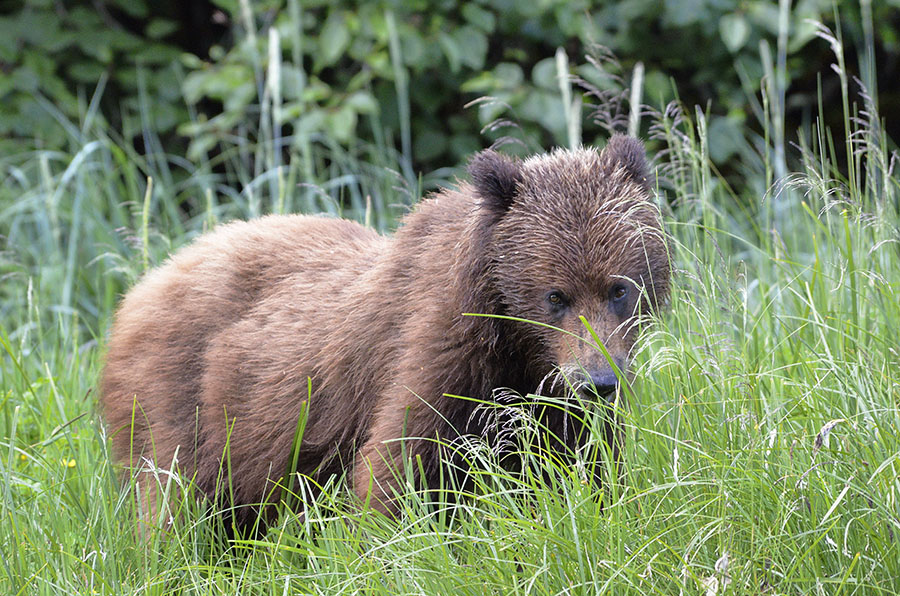 The bears are still eating grass, waiting for berries to ripen and the salmon to head upstream.  Grass isn’t their favorite, but it will have to do for another couple of weeks.

I stalked an eagle sitting in a nearby tree, and it took off just as I brought the big lens up – majestic. 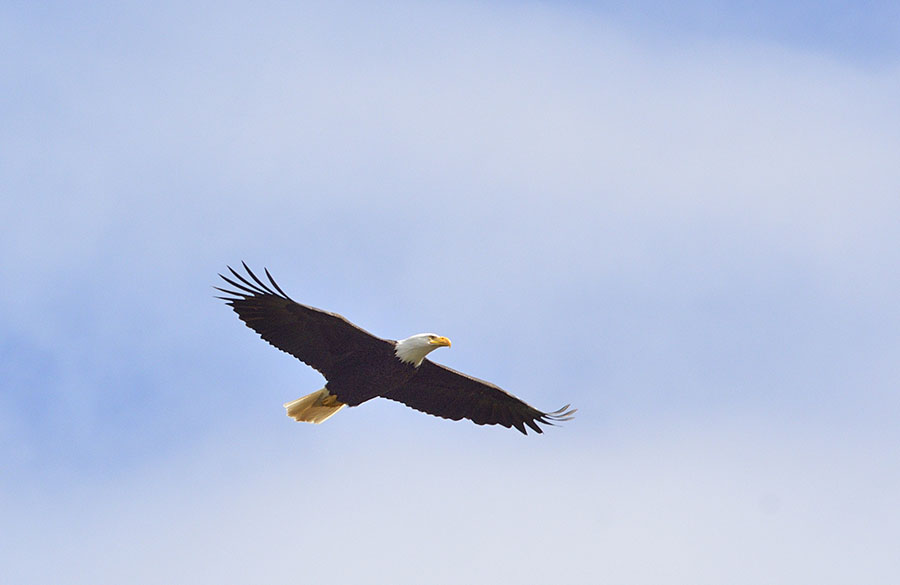 We always enjoy our time in this pretty spot, listening to the waterfall and watching the wildlife.  I even saw a mink scamper across the little beach on the left – where the little bear family had just been. 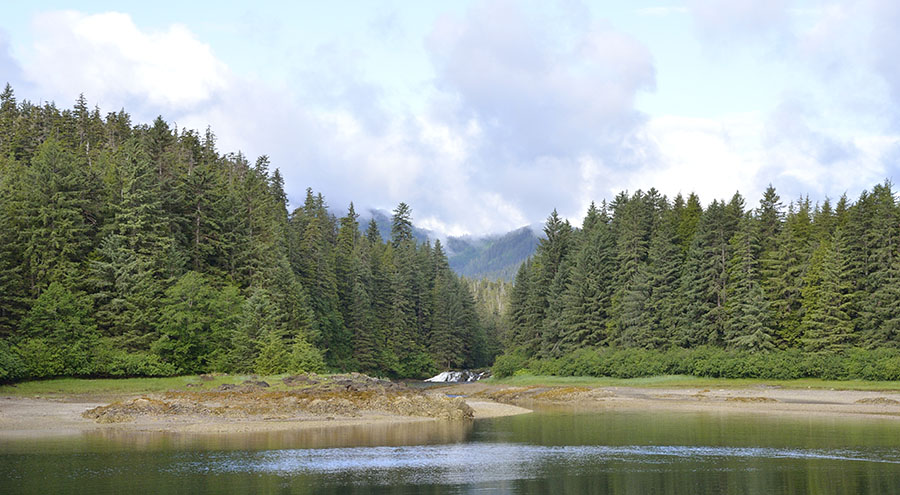 1 thought on “The Waterfall Coast”