The rain, that is.  We’re living in the world’s largest temperate rain forest – we get that.  But this winter has been unusually warm and wet, and the forecast is getting monotonous with nothing but rain.  I mean RAIN… the pouring kind, which isn’t typical.  The weather out in the straits and sounds has been nasty too – the NOAA reports every morning call for gale force winds and 8 foot seas, and that’s on the inside passages.  Fortunately we’re protected from the wind and seas tucked in the harbor, and we’re glad we don’t have to go out in it like the fishermen do.

Anchorage has had much less snow than normal, and we heard on the radio this morning that the ski area in Juneau is closing its lifts for lack of snow.  Our skis and snow shoes sit neglected.  A little white stuff would be nice for a change.

On the other hand, to all our friends back in the mid-Atlantic states who think we’re crazy to live in Alaska in the winter – how are those ice storms working out for you?  It’s 47 here today.  (I’m sure the fates will remember my snarky words and make us pay.)

January has been a bit of a let-down after all the activities and fun of the December holidays.  A lot of retired people have headed south to Arizona or other warm places to “get off the rock” for a couple of months.  Fortunately I have my two knitting/crafting groups that meet every week, and the cool/cold weather really stirs the urge to knit.  I’ve made a few little things for gifts… handwarmer mitts and a v-neck baby sweater. 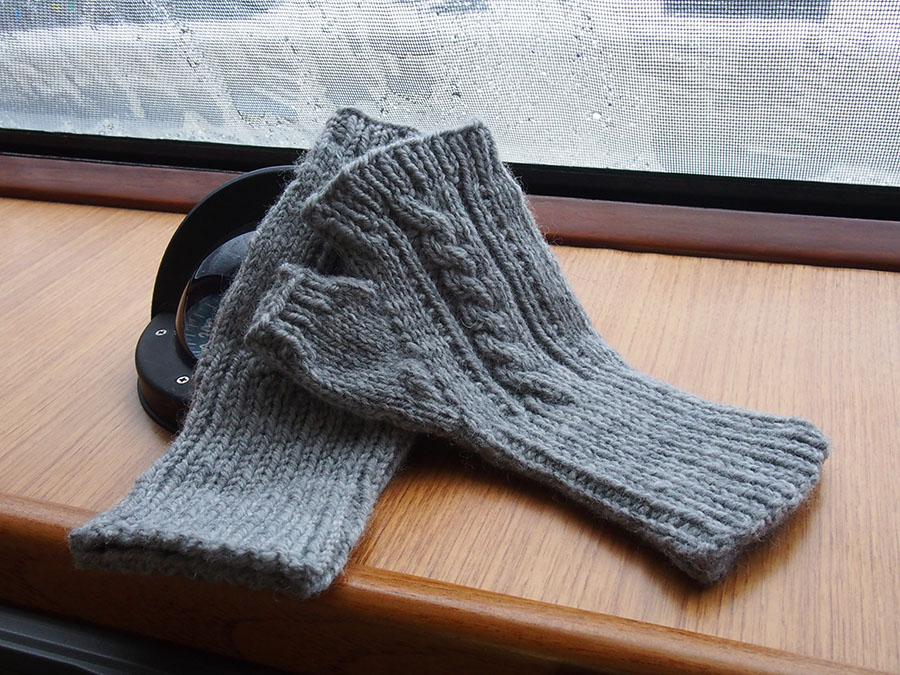 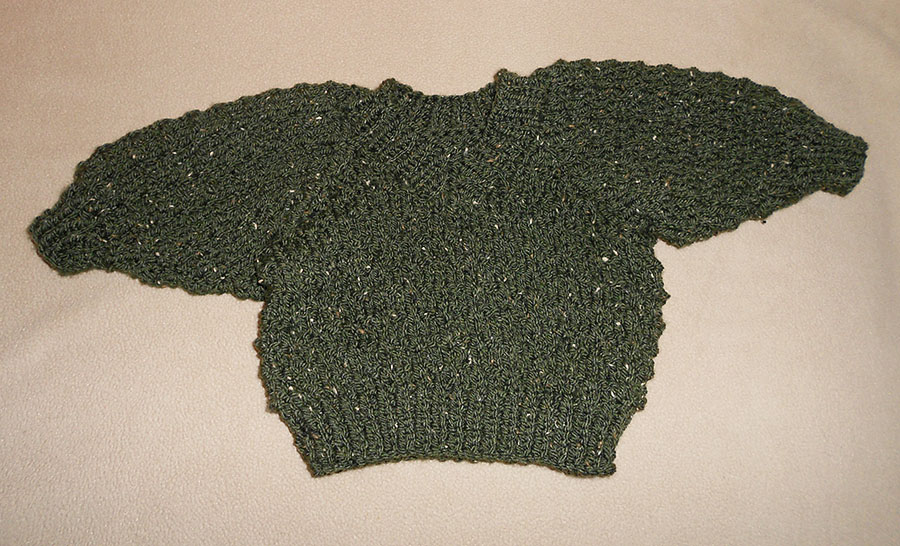 And I even received a knitted gift from one of my Canadian friends – hand-knitted socks in fantastic colors!  I adore these, and there’s nothing nicer than hand-made socks because they fit so well. 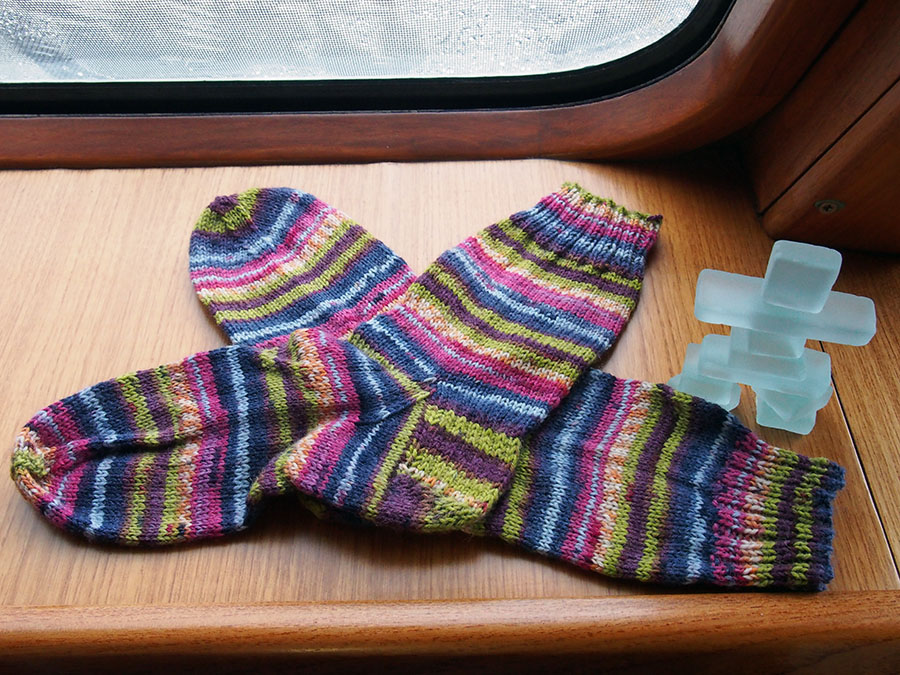 I’m working on tuning up my fair isle (multi-color) knitting technique so I can tackle some Norwegian style projects – mittens as a “warm-up” and then maybe a traditional sweater.

In other excitement we had an amazing “small world” event where friends who also live aboard in the harbor happen to be friends with a lady named Meg – they’ve known each other since the 70s in Seattle and have stayed in touch all these years.  It turns out that Meg is the younger sister of our very good friend Ted that we’ve known through boating for many years on the east coast… and we got to meet Meg and her partner Dee last week when they came up to Petersburg.  It was such a cool and improbable thing! 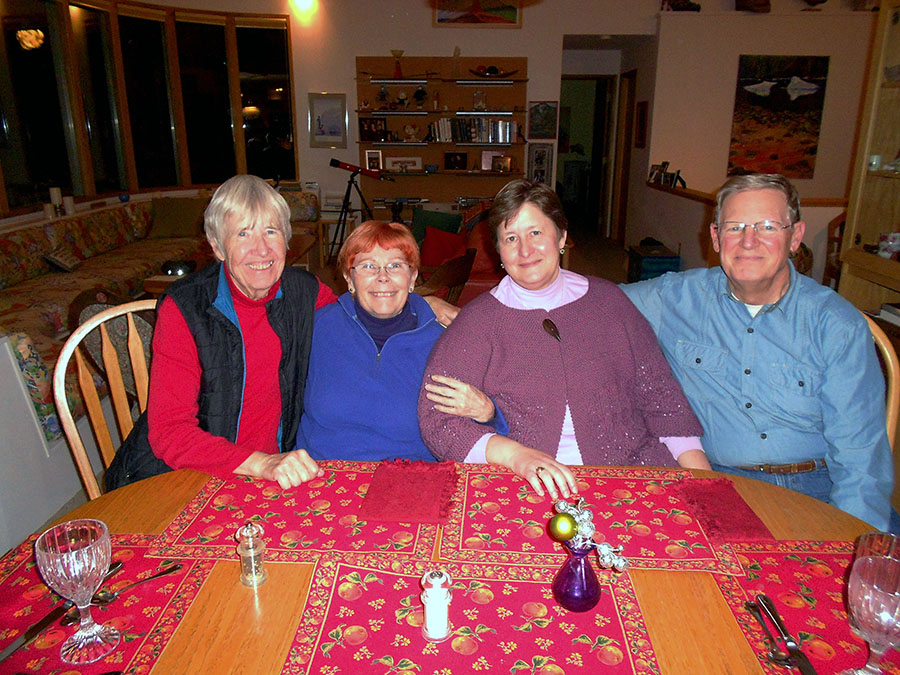 In other excitement, last week Petersburg hosted the start of the 2015 tour of the “Intergalactic Nemesis” show.  It’s a 30s style radio show with 3 (incredibly talented) voice actors covering all the different characters, a slide show with the comic-book style images illustrating the story, a Foley artist center-stage so you can see all the different sound effects made live, and a piano player supplying the soundtrack.  It was OUTSTANDING – this troupe from Austin, TX is well worth seeing, and we hope they return for the second installment of the 3-part story next year.  Check out their web site for performances and more information.

Jim joined the Elks Club in town to give us an option for dinner out Thursdays-Saturdays, and to get more involved in the community a bit.  This Sunday the Sons of Norway are hosting a “meatball-a-palooza” pot luck.  Living in Seattle Seahawks territory, there should be some good options to watch the Super Bowl the week after.  It’s a far cry from Julebukking and weekly concerts in December!

In another installment of “life in a small Alaskan fishing town”, I want to point out that getting mail and packages in Alaska (and I suspect Hawaii, too) is a pain – it’s expensive, and often suffers from silly delays.  Up here, the US Postal Service is our go-to carrier – they do a great job and everyone relies on them.  Postage is a bit more expensive between here and the Lower 48 when mere mortals send packages, and stupidly more expensive when businesses ship.  But as long as shippers use the Postal Service, everything runs smoothly and pretty quickly.  Things take a little longer to get here – some things go on the plane, and some go on the ferry or barge, but they get here in a predictable amount of time to our P.O. Boxes.  We don’t have mail delivery to homes or businesses up here – everyone just has a box at the Post Office. 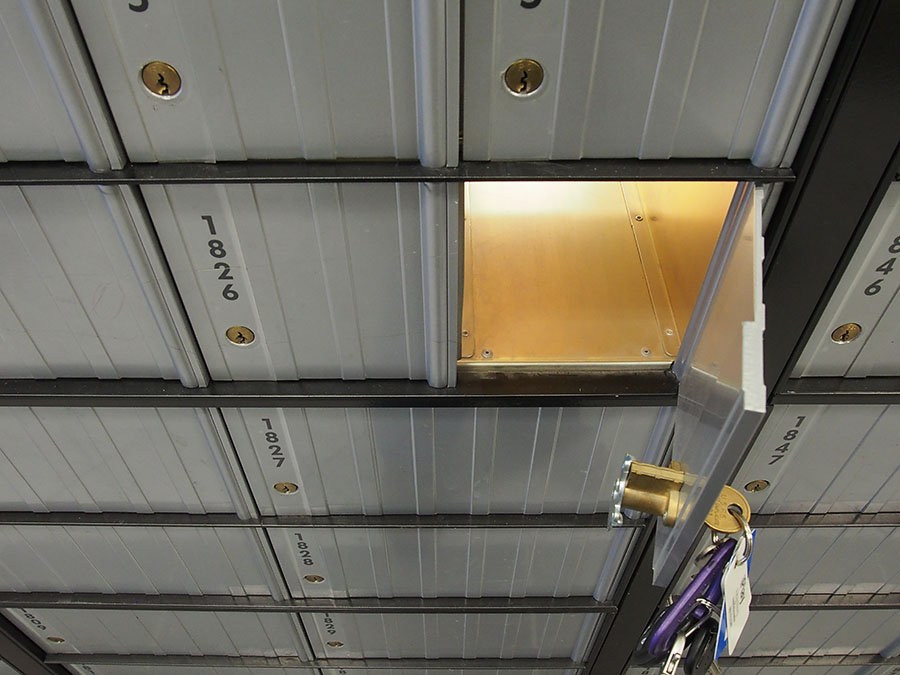 Where things go haywire is with UPS or FedEx.  Forget it – it’s hopeless.  Those buggers don’t care about Alaska, and they’re not even nice about it.  Some companies refuse to ship to a P.O. Box, and that means a long unpredictable wait for a package to arrive.  Despite the fact that we have two flights a day connecting Petersburg with Seattle, Juneau, and Anchorage (major cities), all UPS and FedEx stuff goes to Anchorage where it just sits.  For days, with no rhyme or reason.  “2nd Day Air” takes 4 days to get to Alaska, at best… but there are no guarantees.  Boxes pile up in Anchorage until the contract shipper decides the pile should be sent along to the destination city – probably by some scientific method such as a dart board or waiting for days that don’t end in the letter “y”… even though there are flights to those places EVERY DAY.  737s with plenty of room for a few packages.  None of it makes any sense but that’s how it works so people around here despise UPS and FedEx, and we avoid any shipper that won’t use the good old Postal Service as much as possible.  We understand why UPS is brown.