TV reception up here is hit or miss because we’re at such a high latitude.  We’ve switched to a bigger satellite dish, but if the weather is bad or the cloud layer is too thick it’s a struggle to hold a good signal here at the dock, and we have no signal at all when we’re cruising – there are just too many mountains in the way.  Living in such a beautiful place we don’t normally watch much TV, except around dinnertime.  We spend the entire day together in close quarters and there’s just nothing to talk about over dinner.  It’s the one time of the day that we need a distraction from one another, so we’ve gotten into the habit of watching some DVDs – most often a British mystery followed by something light.  It’s part of our evening ritual now, and we really like it.

Do you remember the series “Northern Exposure” that was on TV from 1990-1995?  We enjoyed watching it back then, and we thought it would be fun to watch it again now so we bought the whole series on DVD.  What’s more appropriate than a comedy about life in a small Alaskan town, though we’ve come to realize that there is a lot more truth and reality to the series than we imagined, despite a few overly campy characters.  “Northern Exposure” is a lot closer to reality than today’s so-called “reality” TV, which is just garbage.  Offer a bunch of money to a handful of whack jobs and call that entertainment?

As we watch an episode every evening we laugh at the parallels.  The show is about a NY doctor who got through medical school on a scholarship paid for by the state of Alaska.  Guess how some of the doctors in Petersburg’s little hospital and clinic got here?  You can’t make this stuff up. 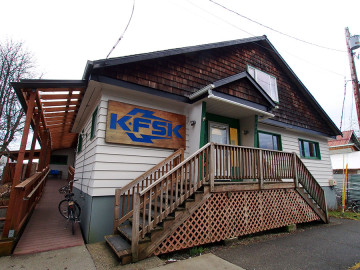 Our favorite is the local radio station – “KBHR” on the TV show, and KFSK (100.9 on your FM dial) in Petersburg.  KBHR has “Chris in the morning” giving local news, birthdays, personal announcements, and town activities.  We have the same – birthdays and anniversaries are announced as well as the school lunch and retirement home menus.  We have “Tradio” where people can call in with items to buy, sell, or trade – our favorite the other day was someone looking for 1/2 pound of deer fat.  (I don’t want to know what one does with deer fat.)  Sometimes a lady will call in to give the Traffic Report – which gives people a heads up about any black ice that might be Out the Road.  KFSK also reports on the expected arrival time of the flights – we have two in/out per day.  The bottom line is that we understand a lot of things on “Northern Exposure”.  It’s not as funny as it is sweet and true.  …except for the deer fat – what’s up with that?

It has been a quiet week-after-New-Year, mostly because I was sick with a sinus/throat thing.  Now we need to put away Christmas and get started on the winter projects.  Town is more quiet too – it’s a bit of a let-down after all those concerts and all that Julebukking!  Speaking of Norwegian traditions, we have a Norwegian exchange student living in Petersburg this year, and the newspaper did a nice story about her.  The best part of her story is that she says Petersburg is much more Norwegian than Norway is.  She says that Norway tries to be more “western”, though the traditions and customs done here are much like those that her grandparents and great-grandparents talked about.  She’s looking forward to the May Norwegian Constitution Day festival here since it’s much more of a big deal here than in her home town in Norway.

We had the first snow of the year this week – it was very pretty but after about 2 days the temps rose and the rain came and washed it all away.  The harbormaster has an ATV with a snow plow to keep the main docks cleared, and the kid who runs that thing flies up and down the dock like a bat outta hell!  He was moving too fast to get a picture, and I was in no shape to stand outside for too long. 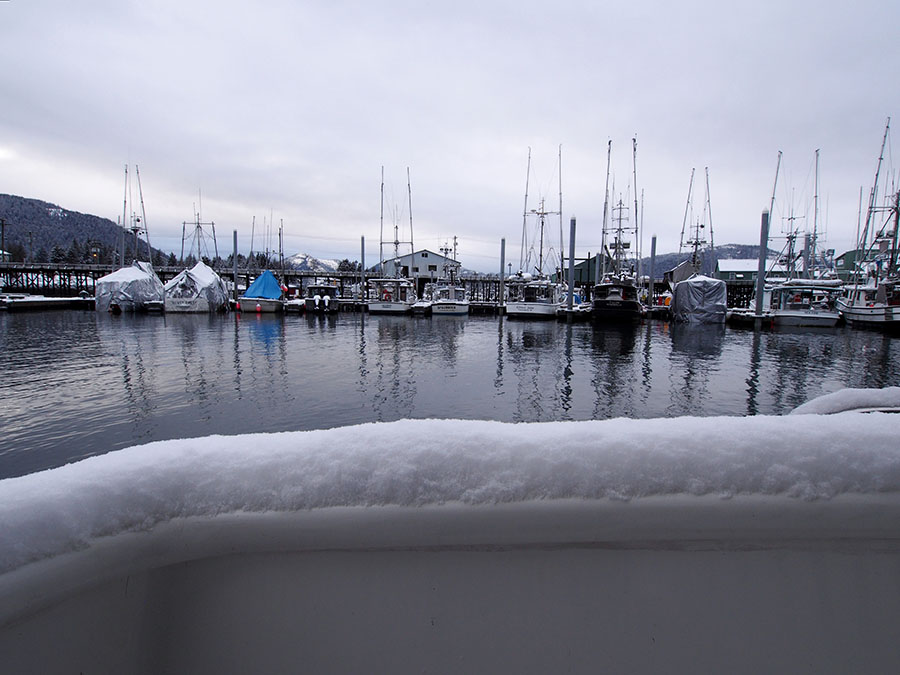 The birds are plentiful in the harbor, with lots of scoters, long-tailed ducks, and some loons… 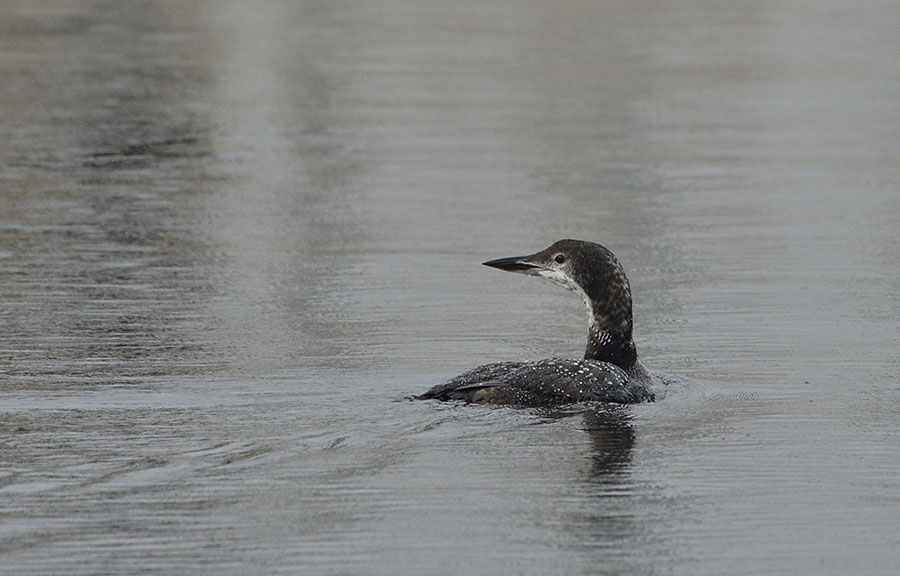 I hadn’t seen any sea lions for at least a month, but this morning I heard and then saw “big boy” cruising around the harbor.  Maybe he was off helping Santa deliver to some of the more remote coastal towns.