We think about Glacier Bay as three distinct elements: Tlingit culture, abundant wildlife, and (of course) lots of glaciers.  The last post talked about how much the telling of the cultural story in Glacier Bay has blossomed, and this post will just show a little of the wildlife.  We did spot some bears on shore, but not too many and they were pretty far away.  We saw a few whales, though most were making miles up or down the bay.  But there was plenty of action to keep us happy… I think most of the photos speak for themselves. 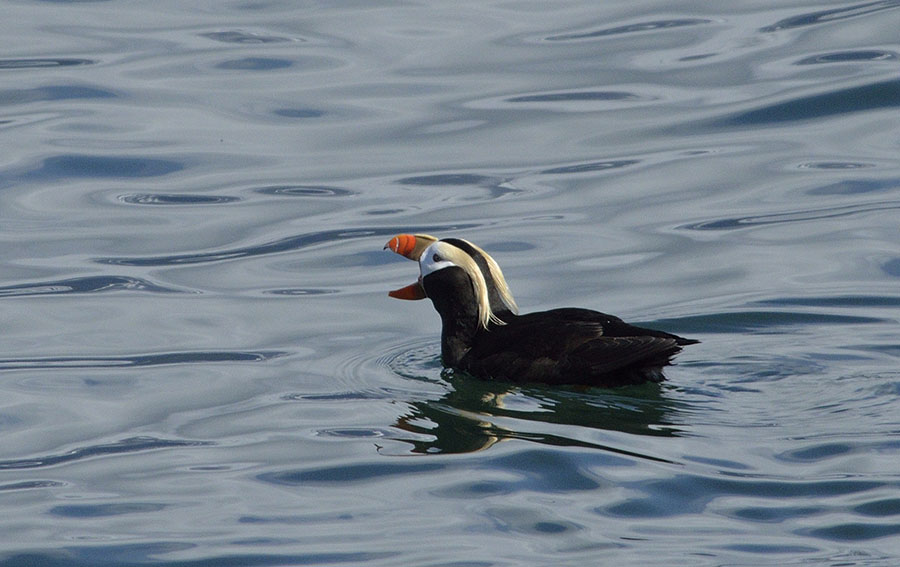 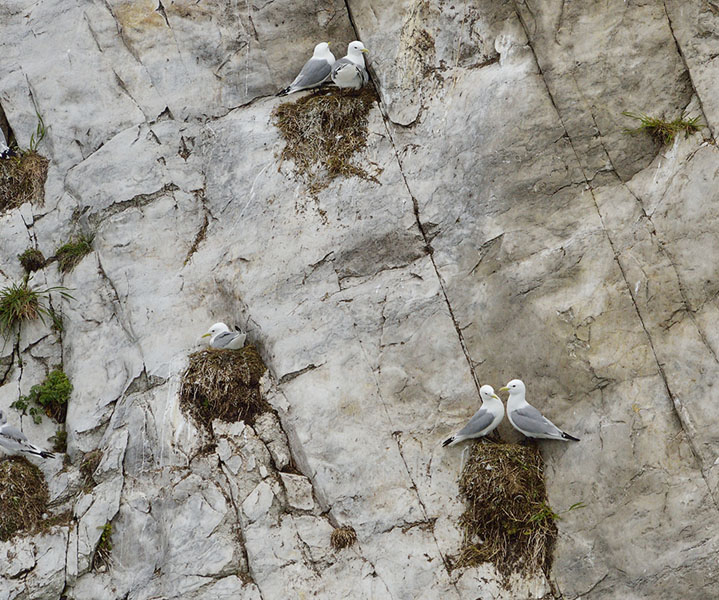 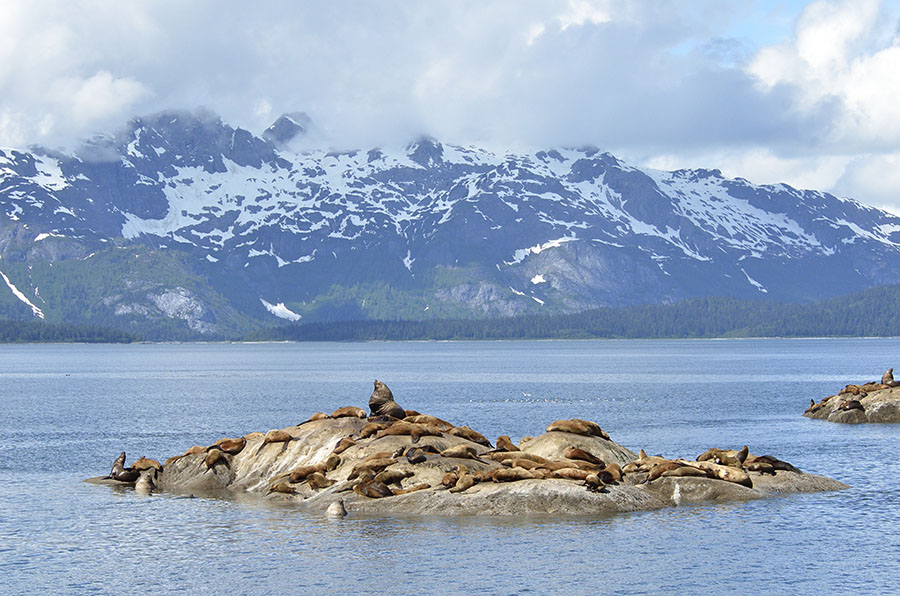 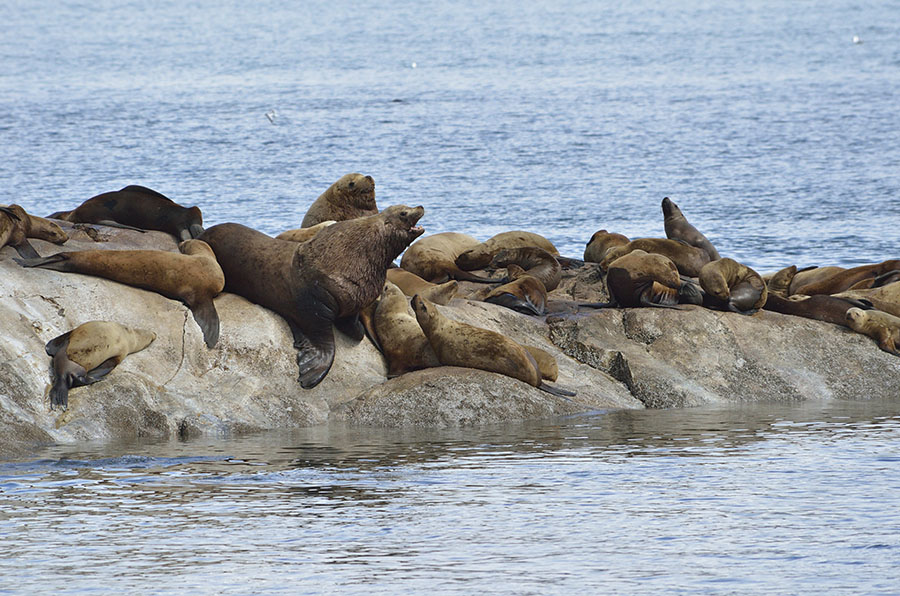 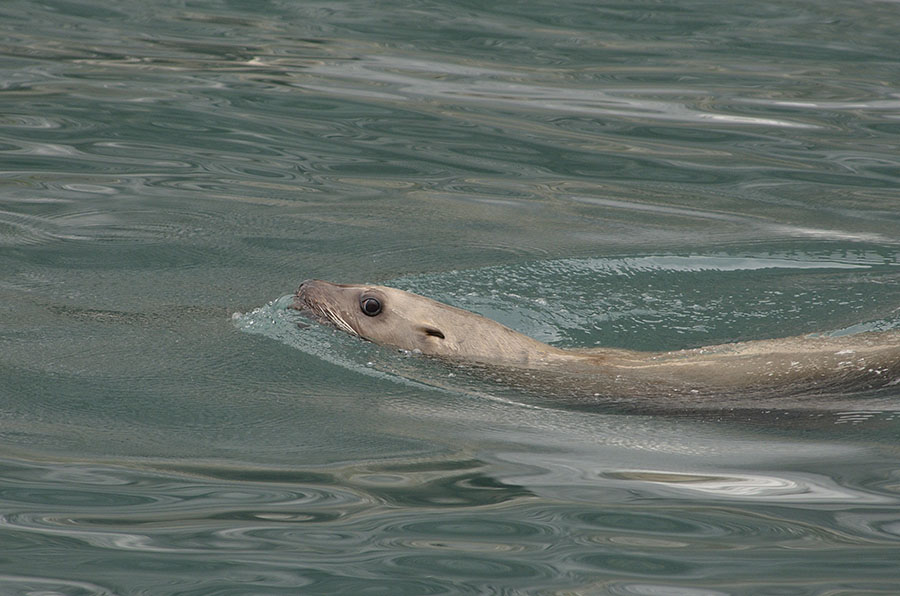 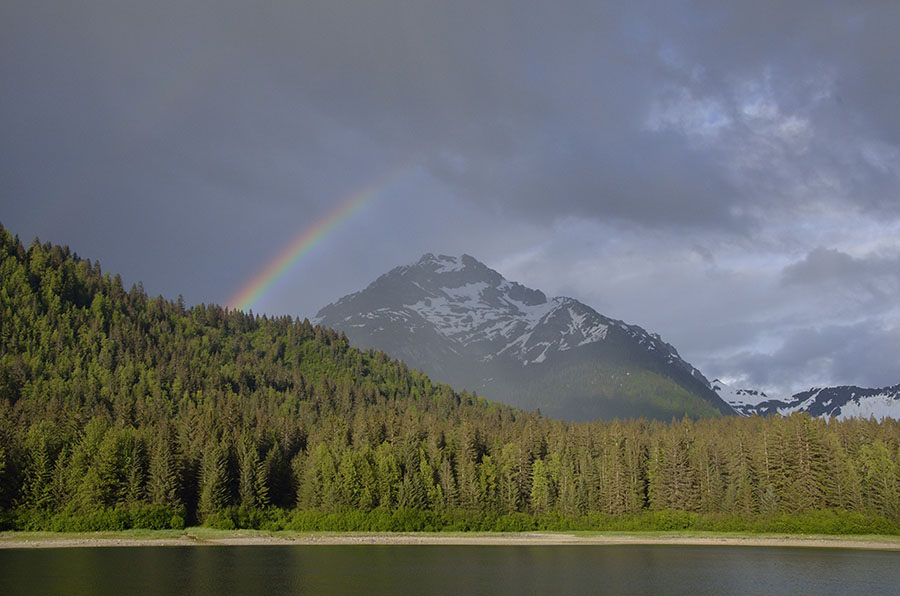 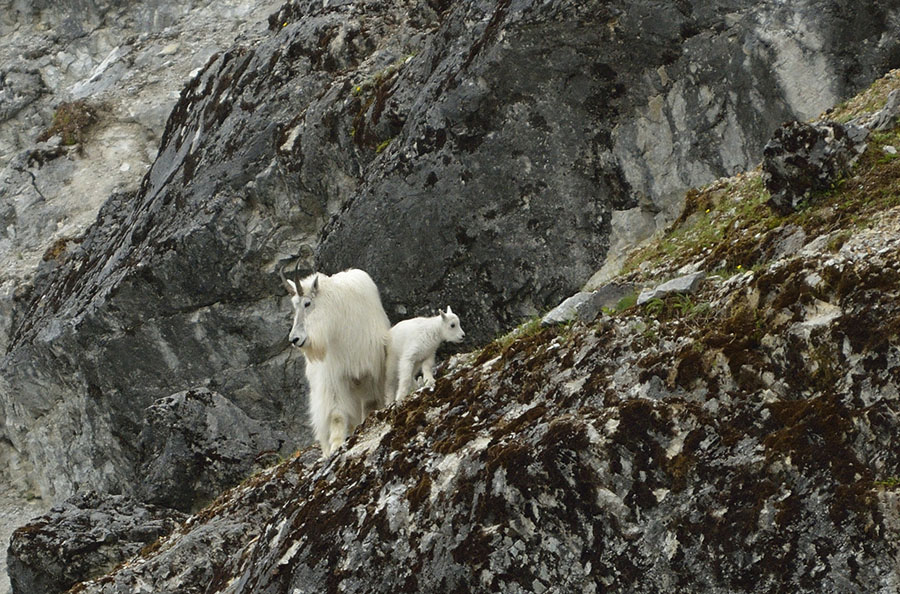 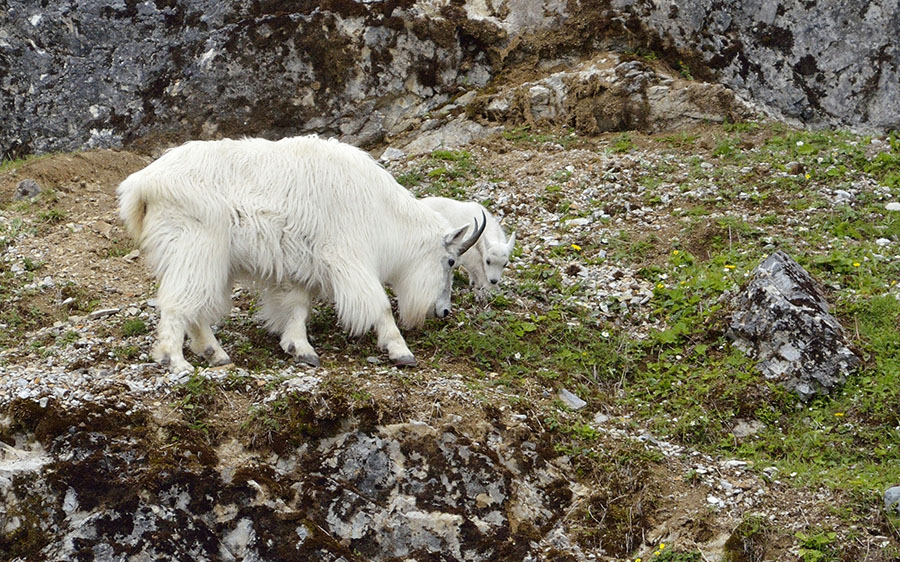 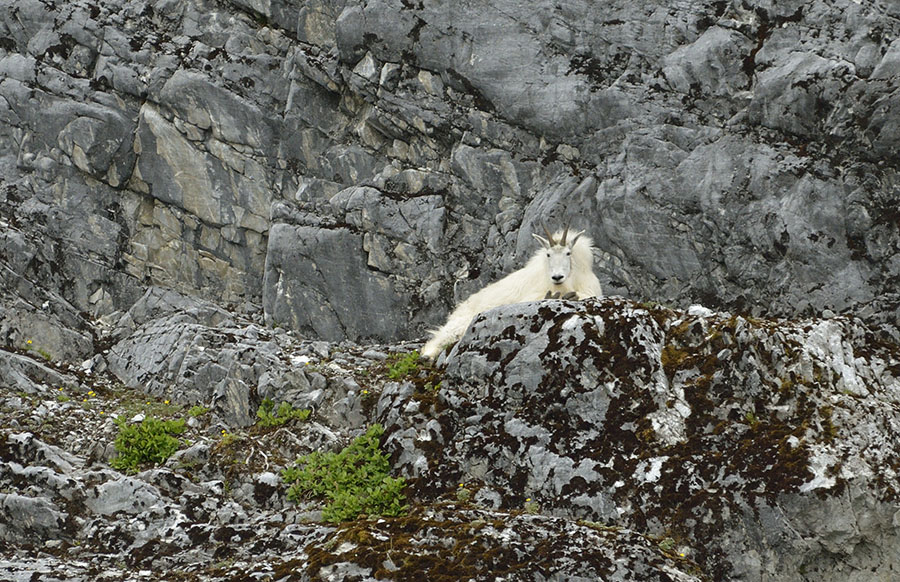 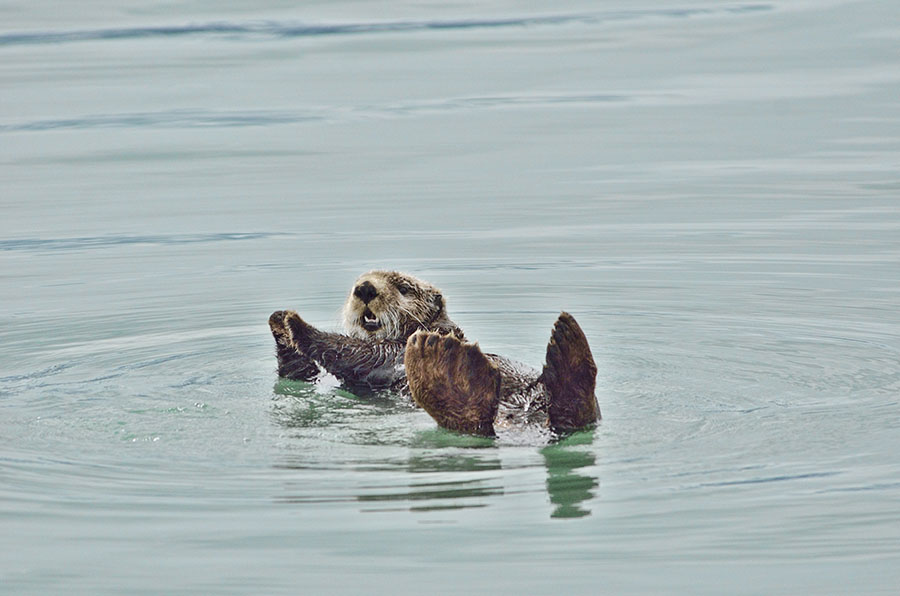 We had a lot of misty, gloomy weather up at the glaciers so the Fairweather mountain range was hidden from view, but the ice never disappoints.  Each glacier has distinct characteristics, colors and personality.  Some are low and hidden under rock grit like the Grand Pacific, and some are tall and dramatic, covered in seracs – pinnacles of ice like the Margerie and the Johns Hopkins.  We couldn’t get close to the Hopkins this month because it’s closed to protect newborn seal pups.  We spotted a few drifting on ice with their mothers, but kept our distance.  The Carroll glacier is a distant one, but as we cruised up the bay it really showed that a glacier is truly a “river” of ice, flowing slowly down from the mountains carrying stripes of grit ground off the mountain sides as it passes.  The Lamplugh has a lot of blue in it, and the Reid is a favorite simply because we can anchor near it, hike up to it, touch it and climb on its edge. 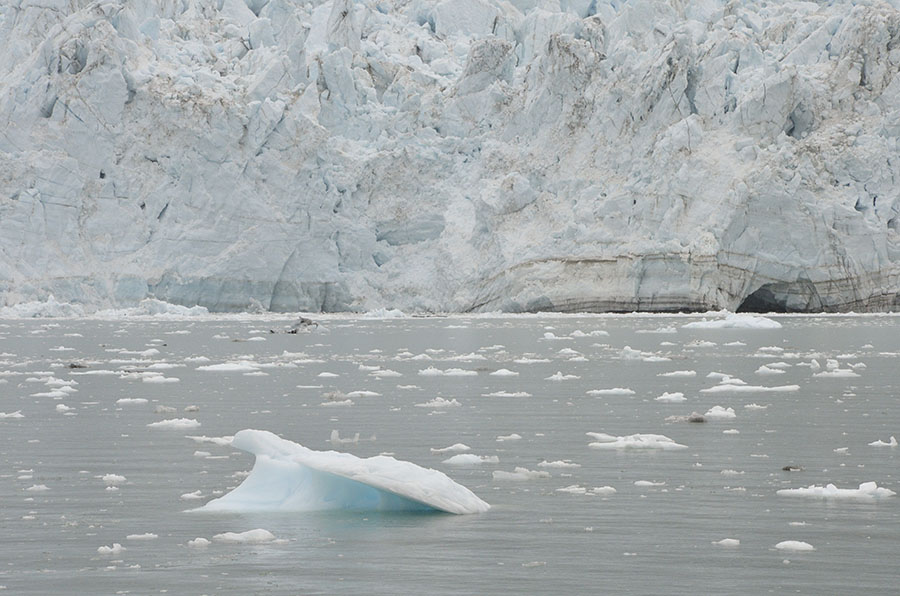 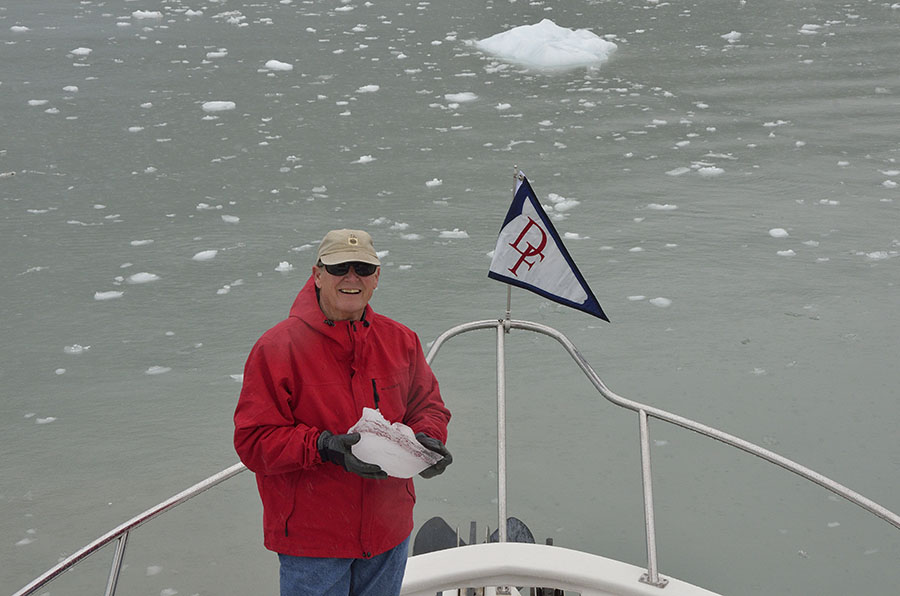 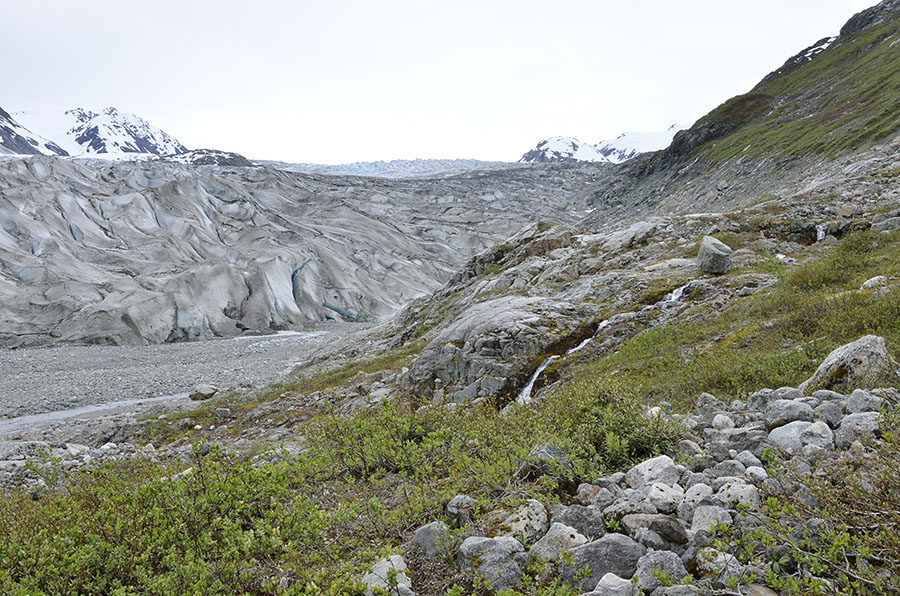 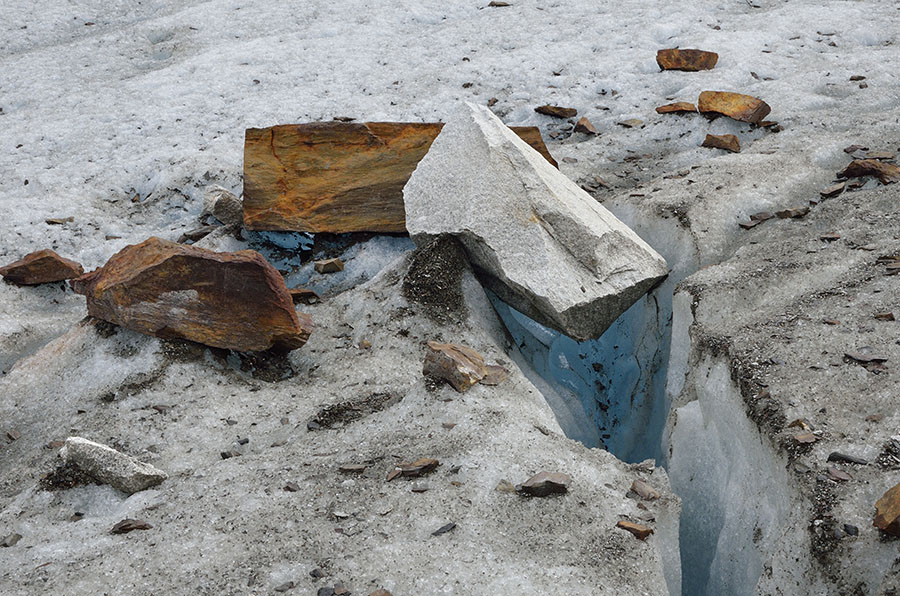 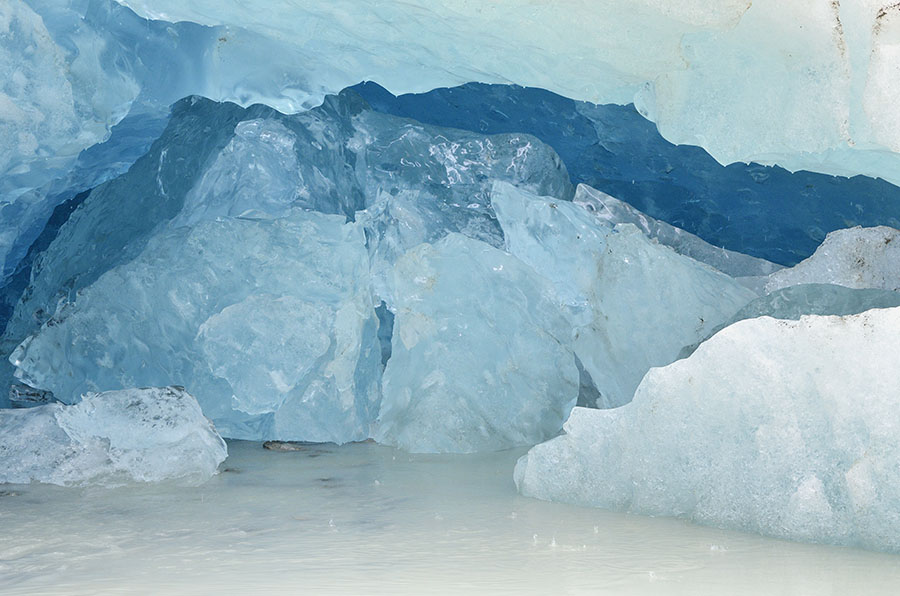 I almost wept when I saw how much the Lamplugh and Reid glaciers have shrunk since last year.