Spending several days watching the Chichagof bears gave us a ton of photo opportunities, and I’m going to bore you with one last set of photos of the brown bears that I adore.

First we have some (we think) boars that had a bit of a stand-off. 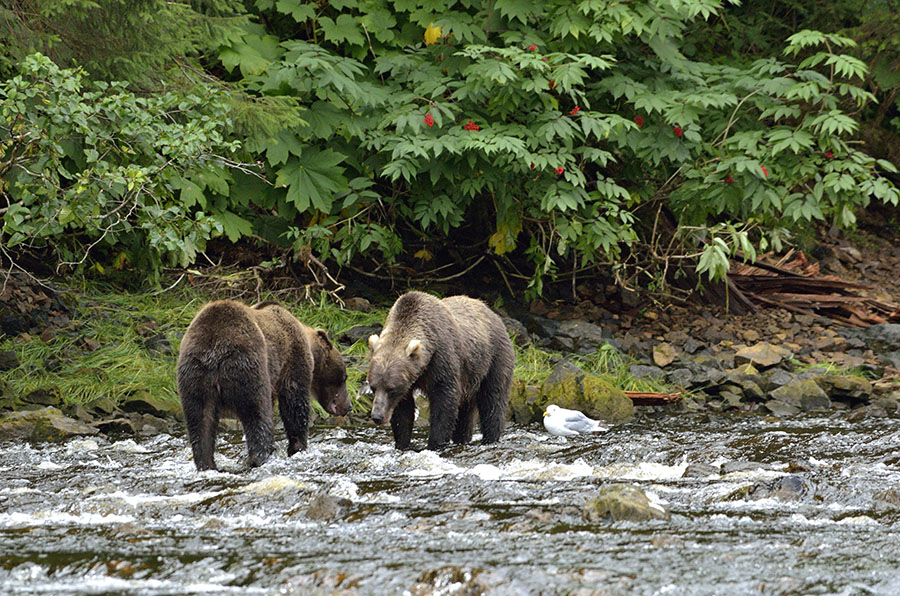 The bear on the left wanted to challenge the more dominant bear on the right, so he got close and they occasionally bared some teeth at each other.  Another bear came out of the woods across the stream and that provided a temporary distraction. 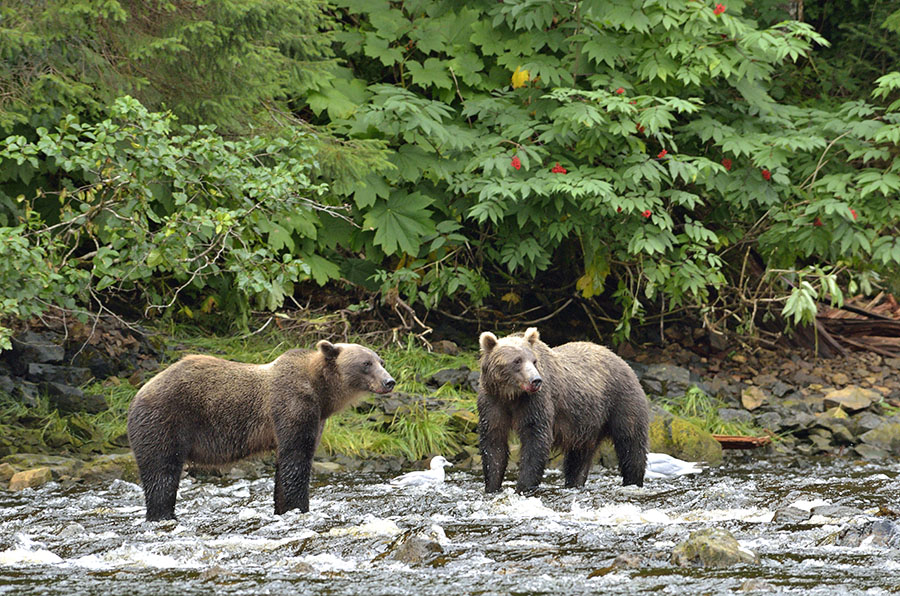 The posturing continued on-and-off for a while, and the challenger eventually gave up.  Bears have a definite pecking order, and they seem to know their place without too much fuss and bother.  This poor bear kept trying to fish, but had to hop up out of the way whenever a more dominant bear moved into the area.  You can see his frustration – bear’s faces, particularly their ears, are very expressive. 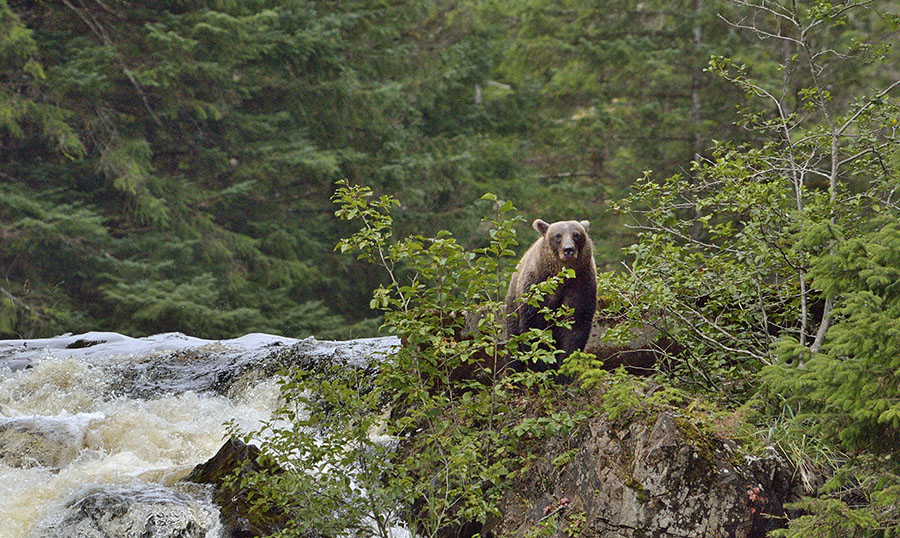 All the bears we saw, sometimes as many as six or seven at a time, were successful catching salmon.  Of course, claws like this make hunting easier. 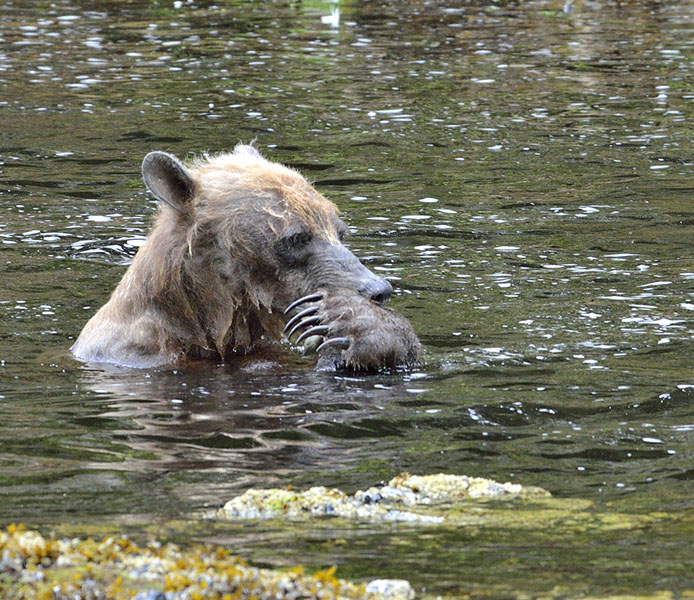 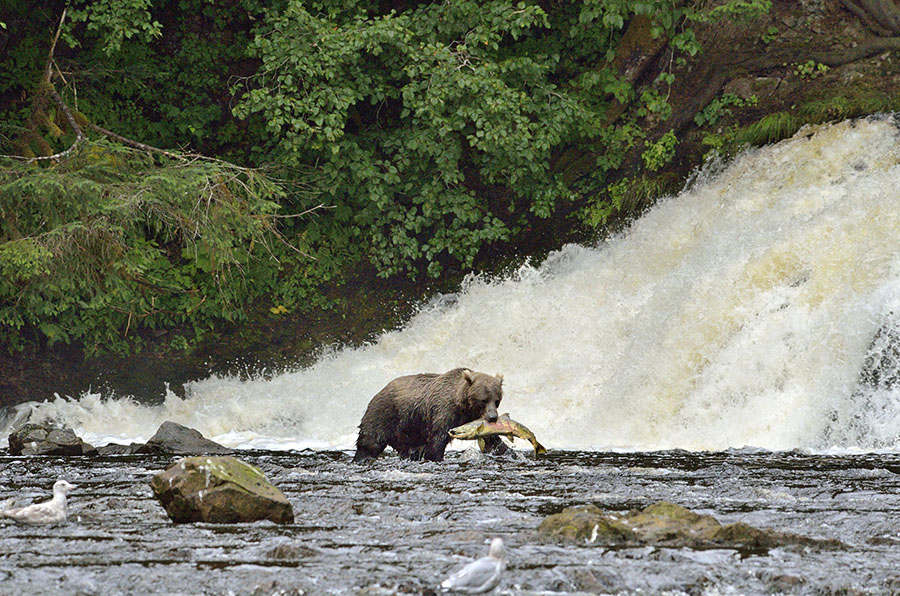 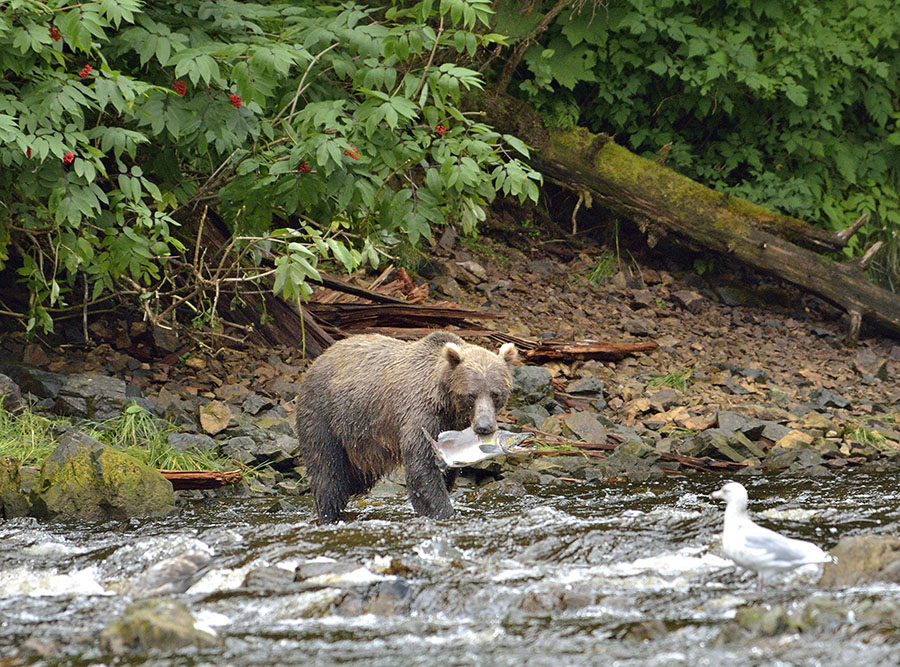 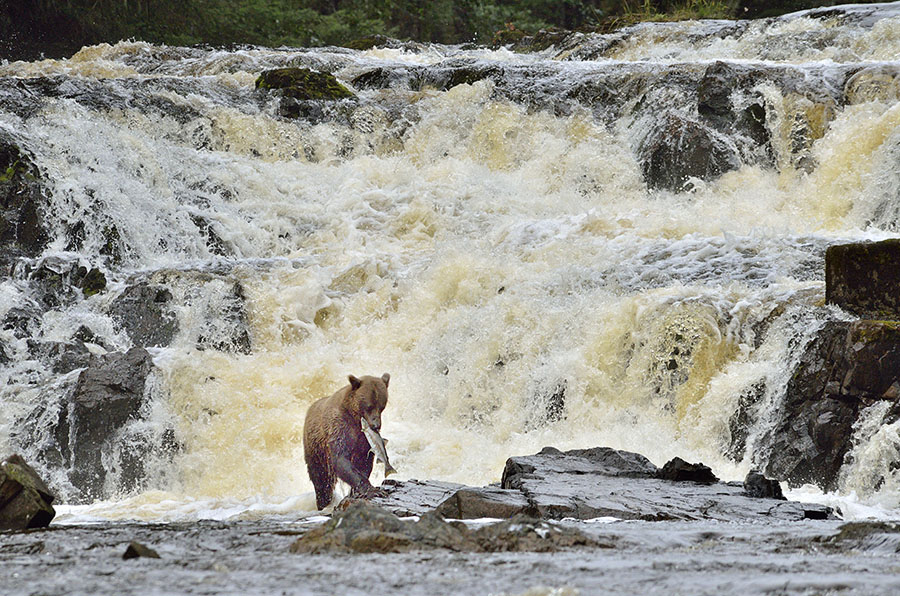 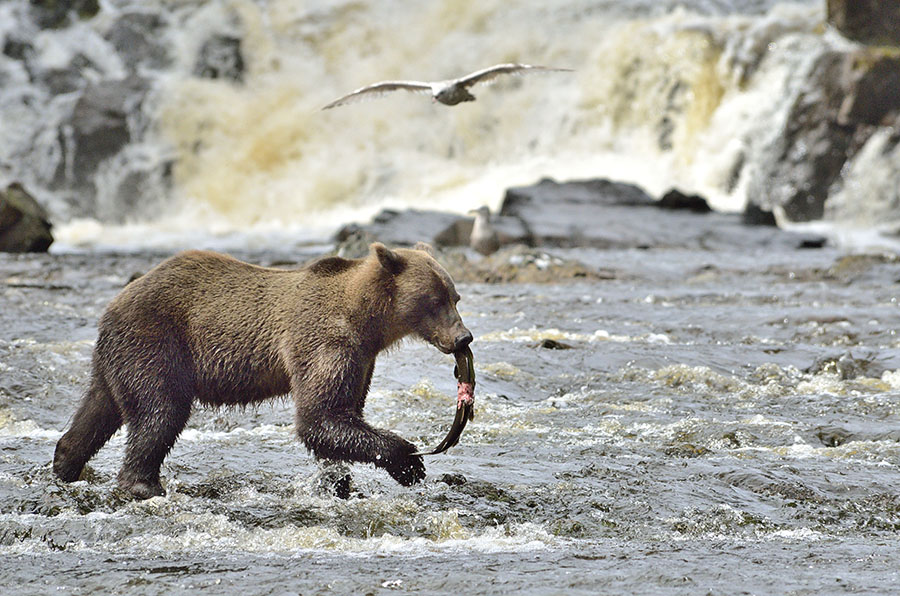 The gulls were plentiful (and noisy), happy to pounce on scraps the bears left behind. 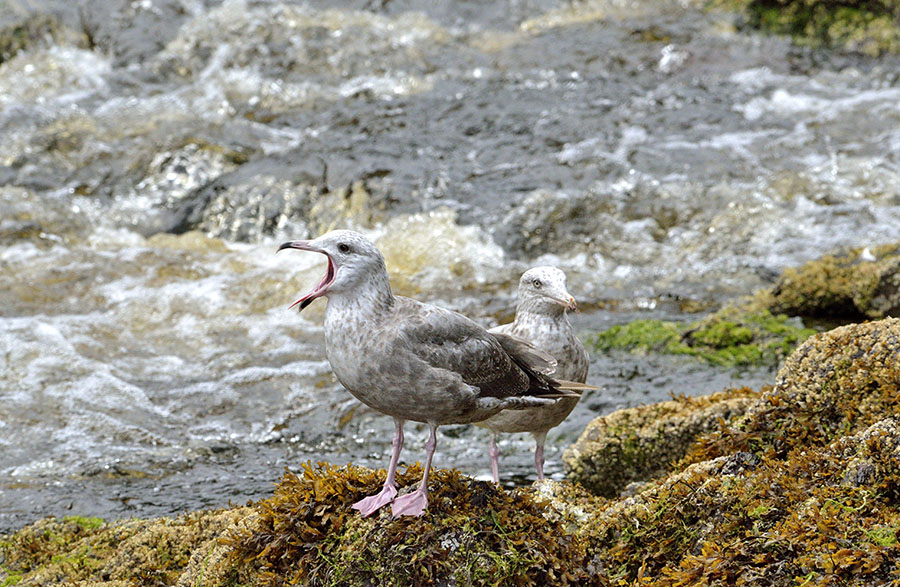 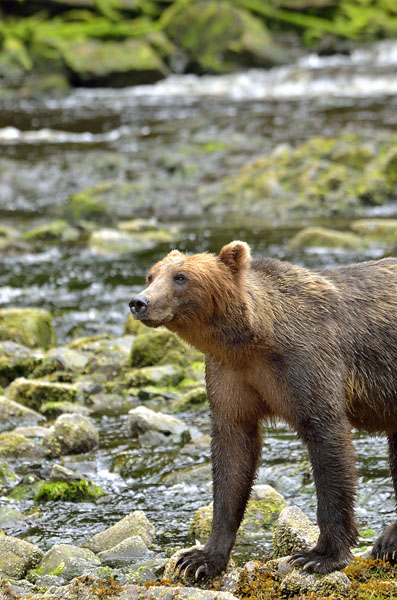 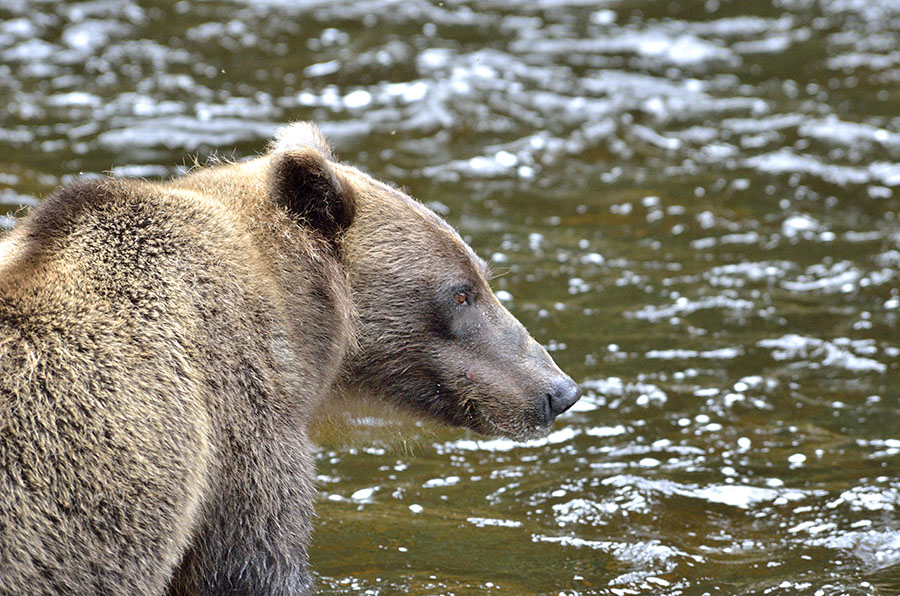 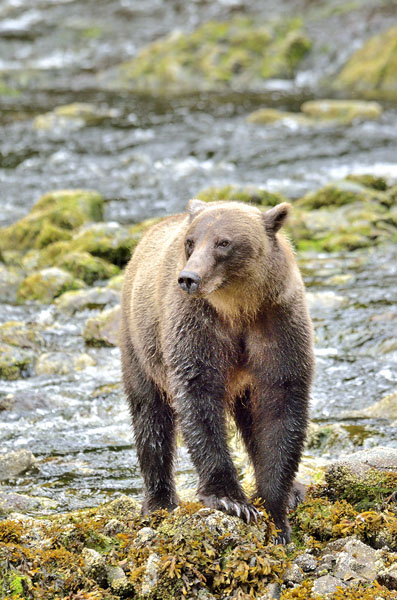 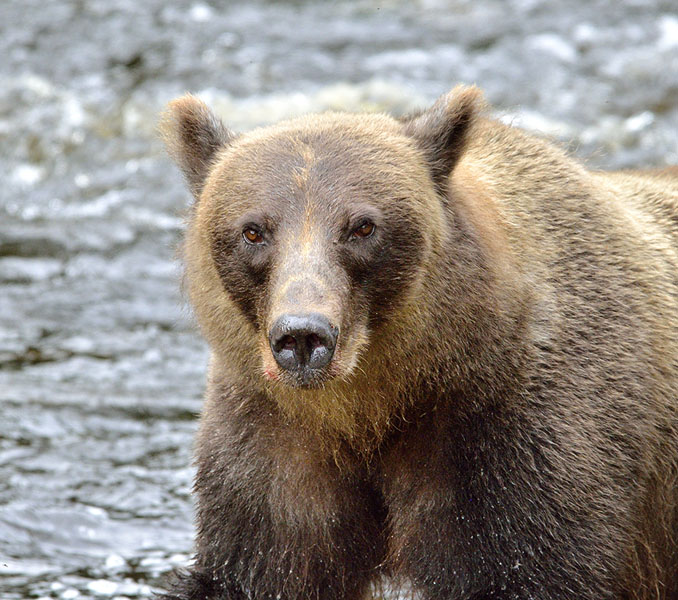 …and a boat that can take us to the bears is even more beautiful. 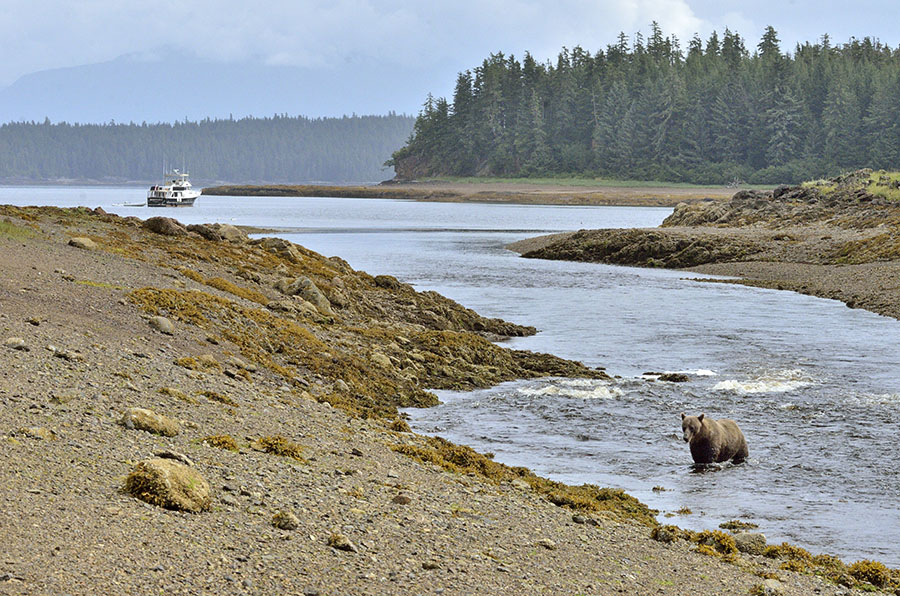