We are closely following the progress of Hurricane Irma as it heads for Florida and the Keys – places where we have several close friends and family sitting directly in the path.  Our hearts go out to all those impacted by these storms – in Texas, the Leeward Islands, the Bahamas. And let’s not forget the wildfires in Oregon, where one of my cousins lives, now prepared and ready to evacuate their only home in case the fires get closer.  The air is full of ash and the smoke makes people’s eyes burn – not a healthy situation which won’t go away overnight.

We have first-hand experience with big hurricanes – the urgency and fear and exhaustion that comes from preparing the boat and then evacuating – leaving our only home to the vagaries of the storm and its aftermath.  We were in the lower Keys through Hurricane Andrew in ’92 – prepared, and counting ourselves lucky that the storm turned farther east… good for us, devastating for others.  A week later we drove out of the Keys into the almost unrecognizable wreckage in Homestead and Miami-Dade in stunned silence. 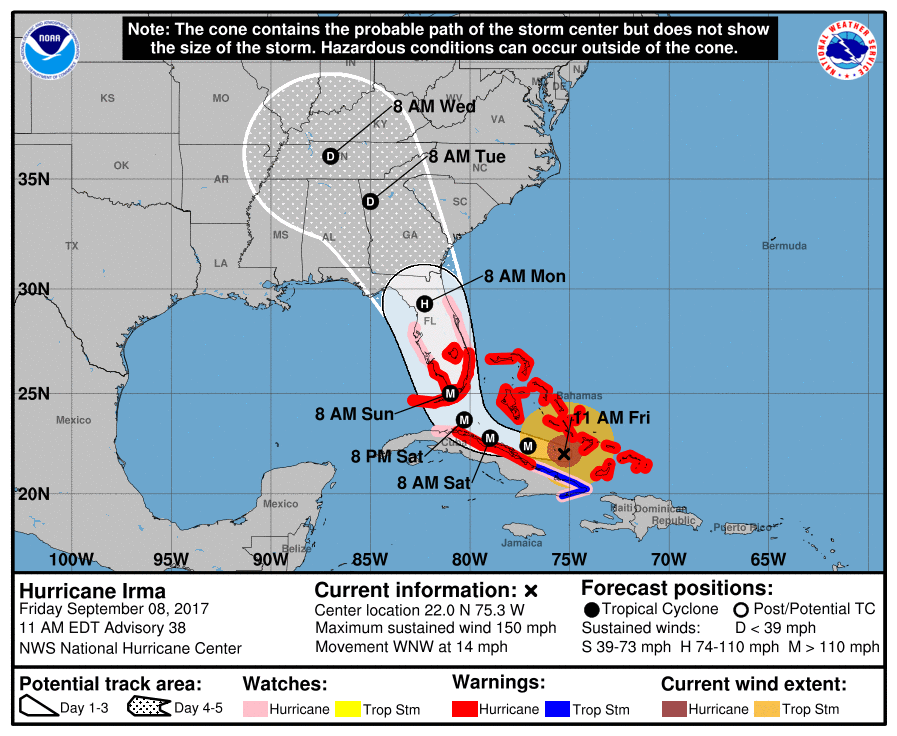 While I continue to get the Blog caught up and we share the beauty and wonder of Alaska, I don’t want readers to think that we’re blind to what’s going on “outside”.  It’s foremost in our hearts and minds, and reinforces the gratitude we greet each day with.  We’re lucky, and that can be a fleeting thing. 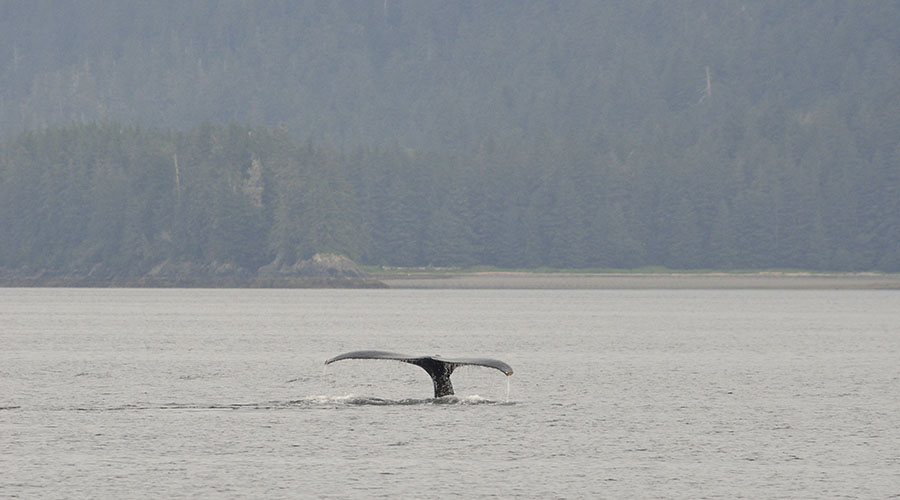 And so, as we traveled from Warm Springs around the bottom of Admiralty Island we spotted more whales than we had seen all summer farther north.  Even heading in between rocky islands to an anchorage in Gambier Bay we spotted humpbacks and orcas. 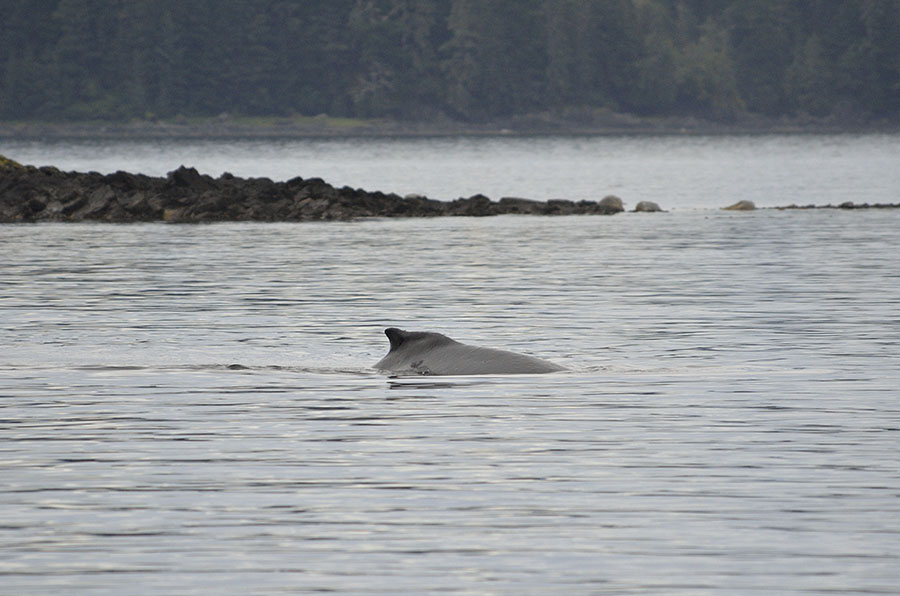 We were on our way to see bears, but it’s a long trip up Seymour Canal and we had to pause along the way.  Our permits for Pack Creek didn’t start for another day so we could spend an extra day anchored in Gambier.  I picked out a few spots to explore by kayak while I waited for the tide to get high enough to get into the marsh at the back of the cove. 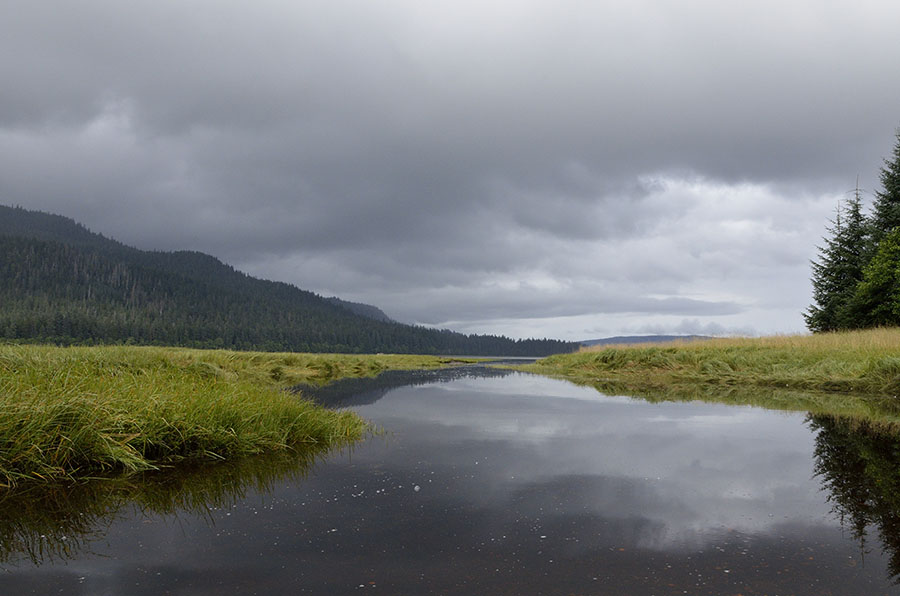 I knew there were lots of birds back in those channels – flocks of cackling geese and a handful of eagles, but I didn’t expect to see so many small wading birds like this spotted sandpiper… 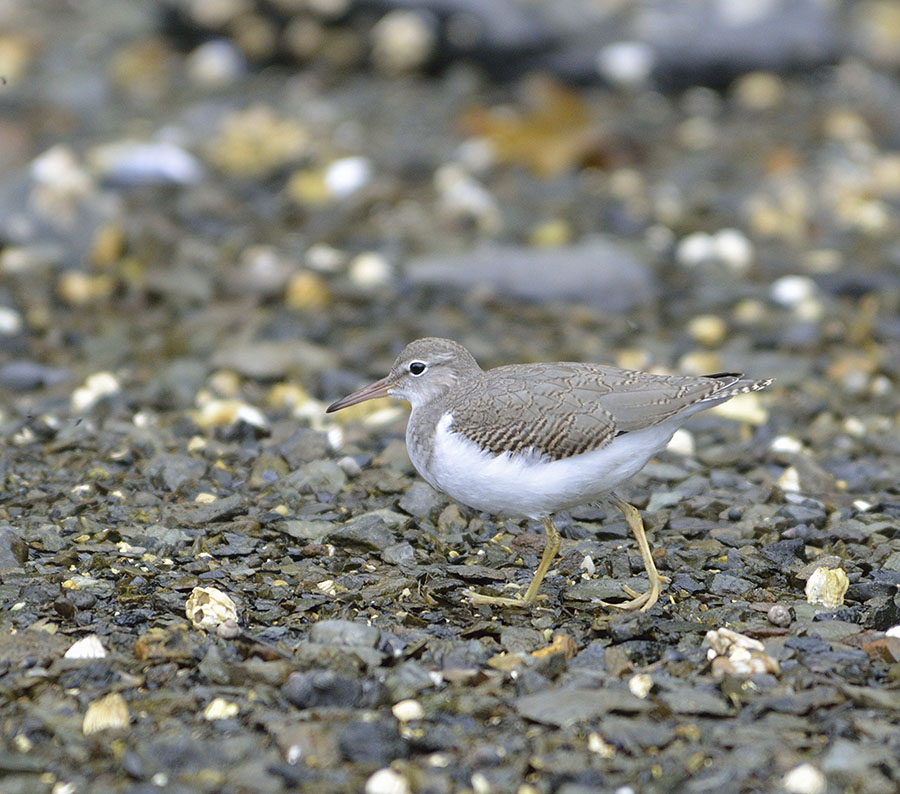 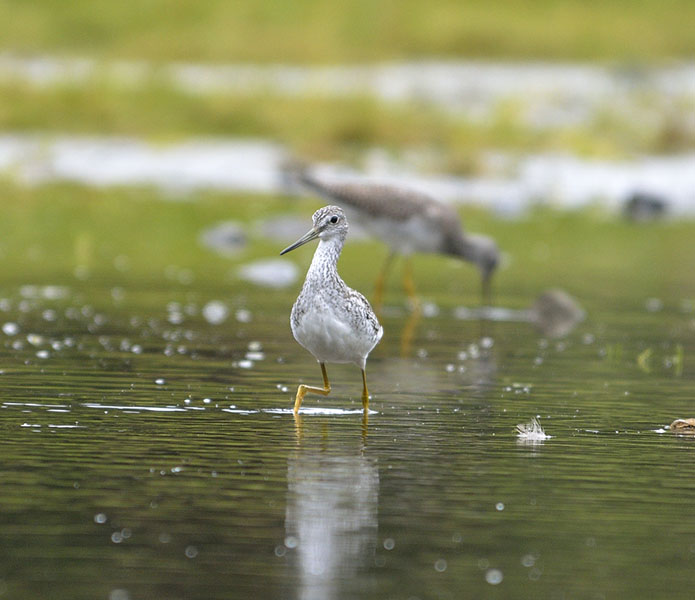 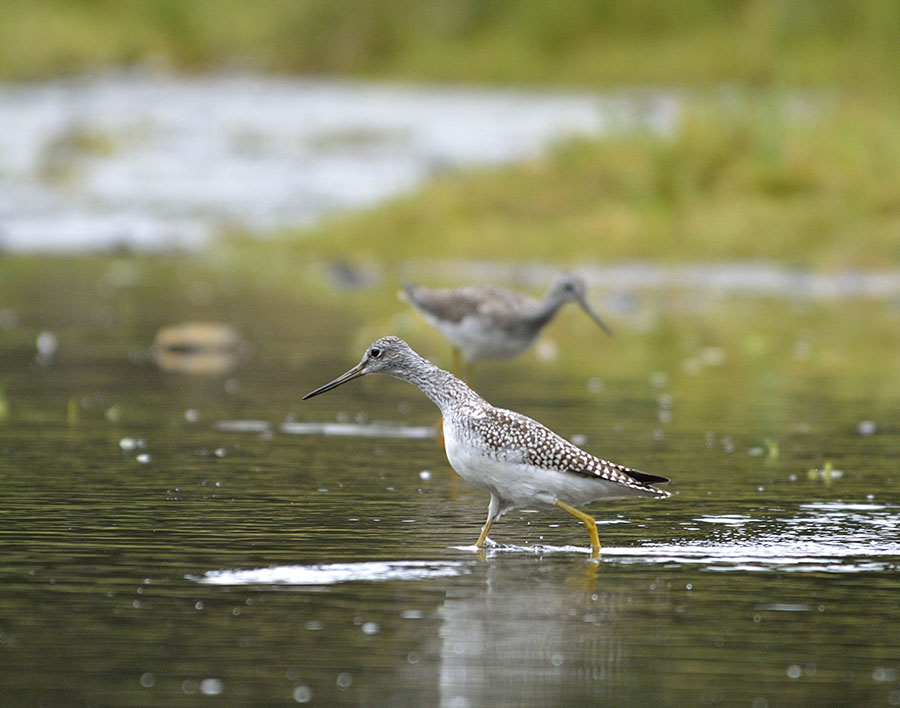 But as I sat watching one set of birds, I noticed that I was floating right next to about two dozen least sandpipers, sleeping and resting quietly in the grass. 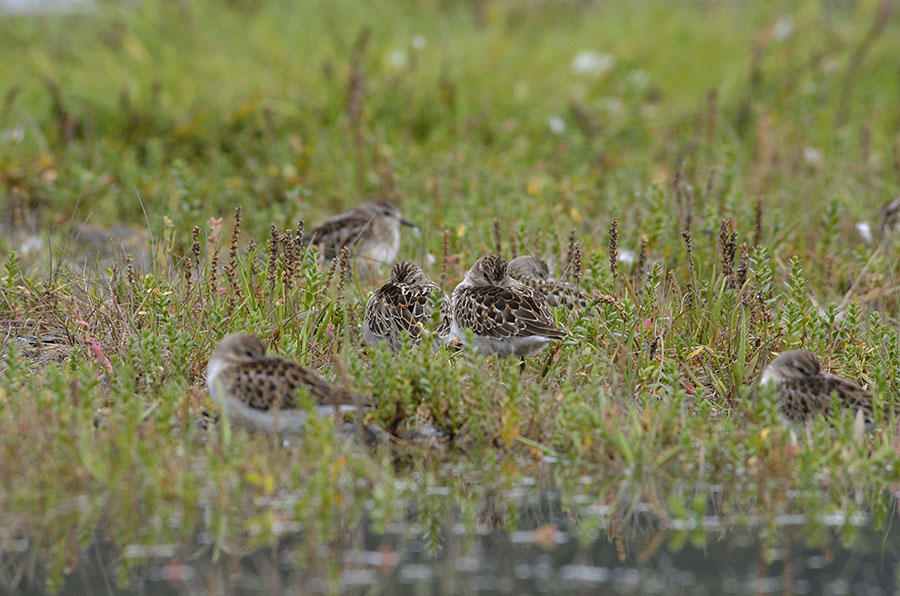 I almost missed them – they were so camouflaged. 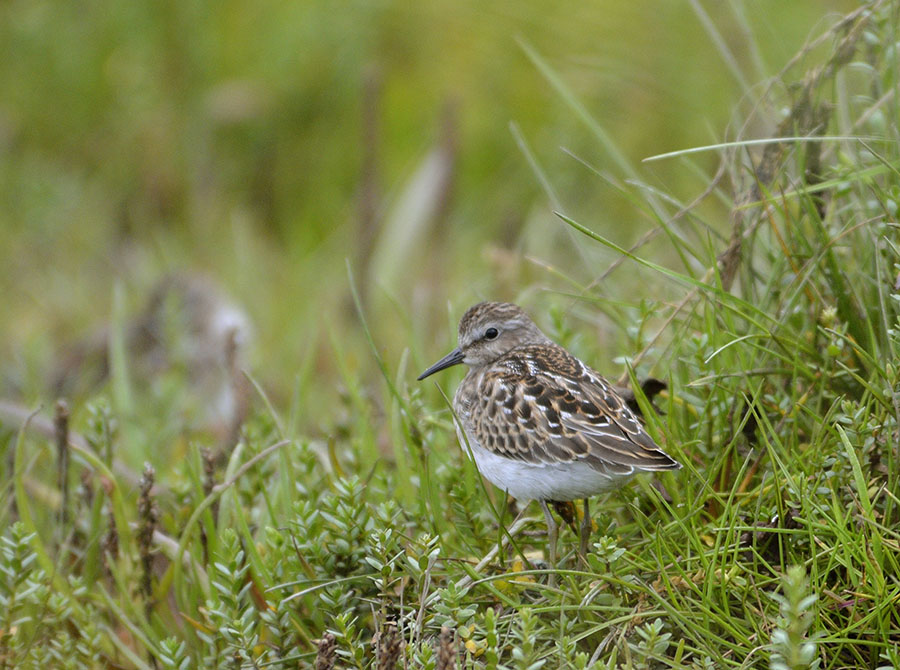 I was so excited about going up to the bear preserve that I hadn’t been thinking about the birds, and could have spent more time hanging out in the marsh to see what other species were hiding there… but the permits were for specific dates… and the bears were waiting.