Tracy Arm is a dramatic fjord that’s about a day’s run from Petersburg, and we decided to check out the ice conditions to see if we could make it up to see the two Sawyer Glaciers this early in the season. 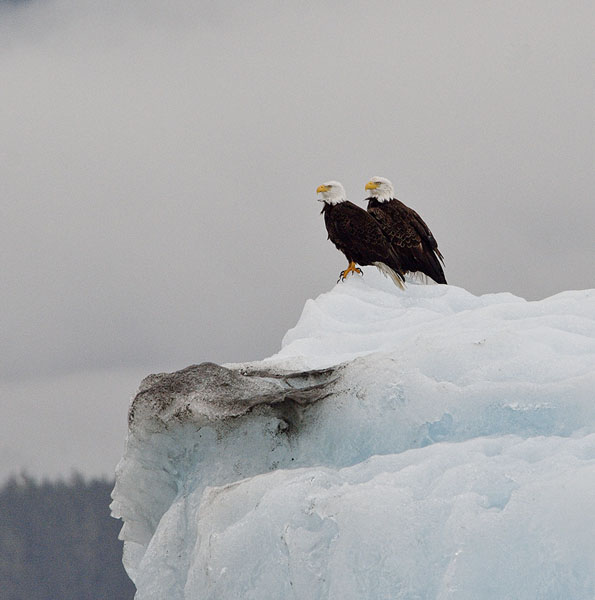 Often the Arm is so choked with ice that it’s impassable until early-mid July, but this time it didn’t look too bad and we saw that a few smaller tour boats and one cruise ship from Juneau were going up. 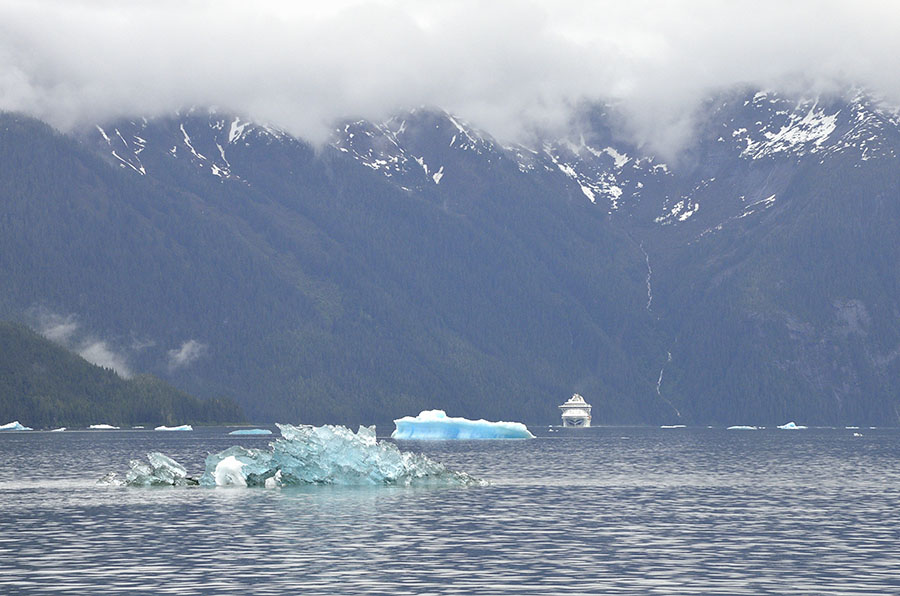 In the photo above, the two bergy bits were about the size of our boat, and the cruise ship in the distance is 948′ long – just to give you a sense of scale for this fjord! 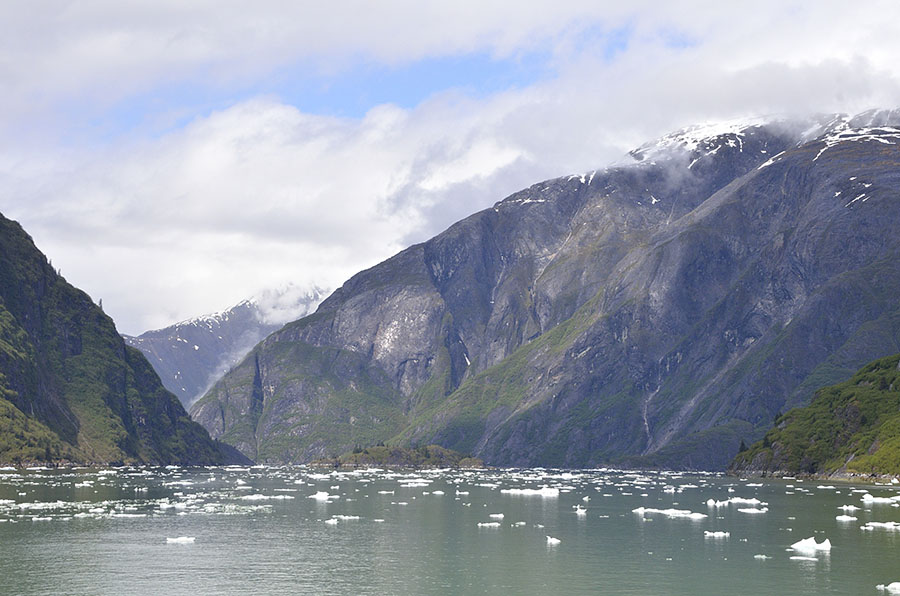 We even have a playlist of big bold classical music to play when we go up – it seems fitting for the grand scenery. 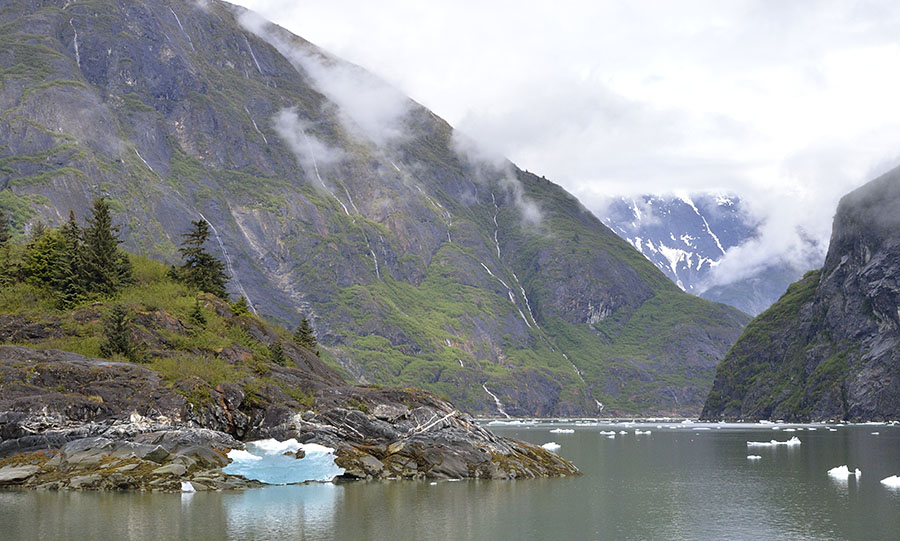 Unfortunately the brash ice was far too dense for us to get around the last point to see the face of the larger South Sawyer Glacier, though we could see the upper part.  Access to the smaller North Sawyer Glacier was pretty clear though, so we were able to approach the face keeping a good distance from the many seals hauled out on the calved ice. 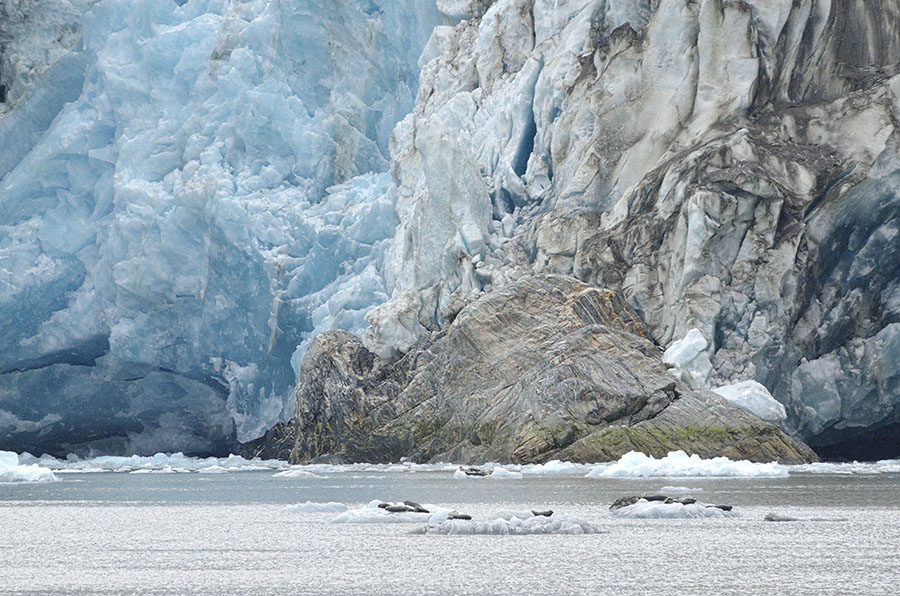 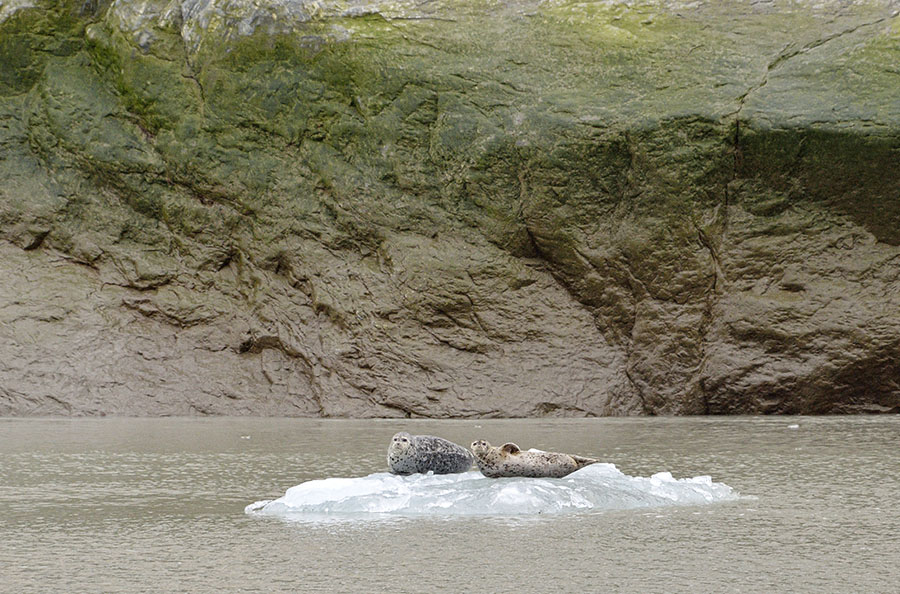 The Sawyer glaciers are very blue – the color almost looks fake, but that’s what it really looks like. 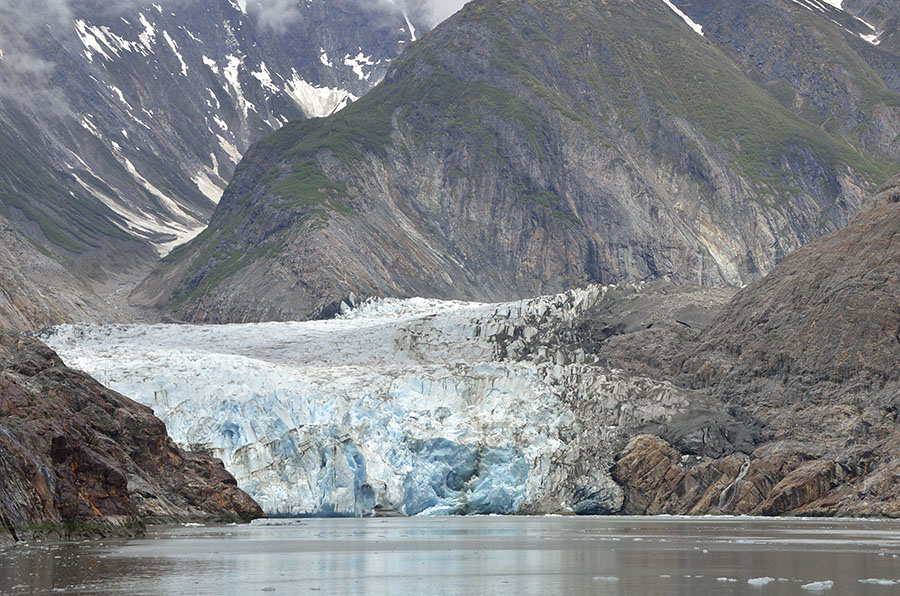 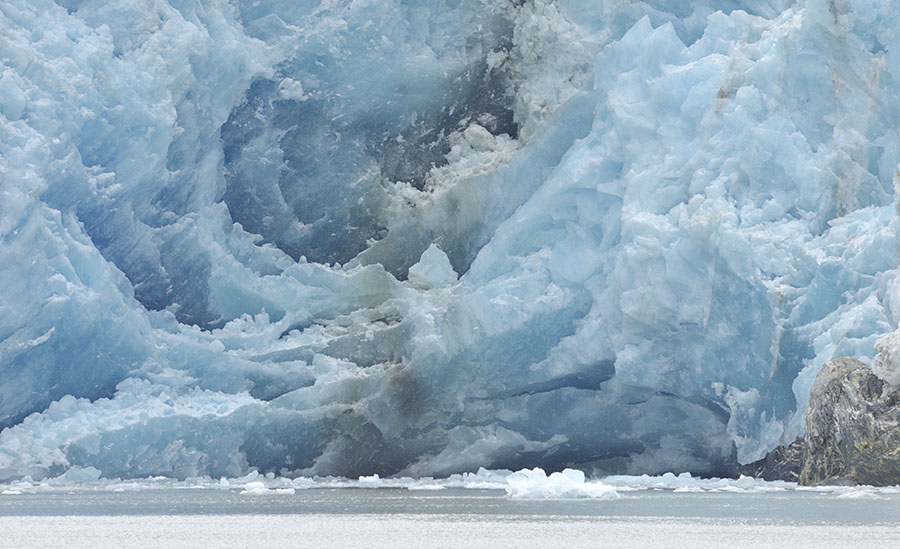 After the long day’s run up and back, we chilled out in the anchorage, watched a sub-adult brown bear clamming on the beach… 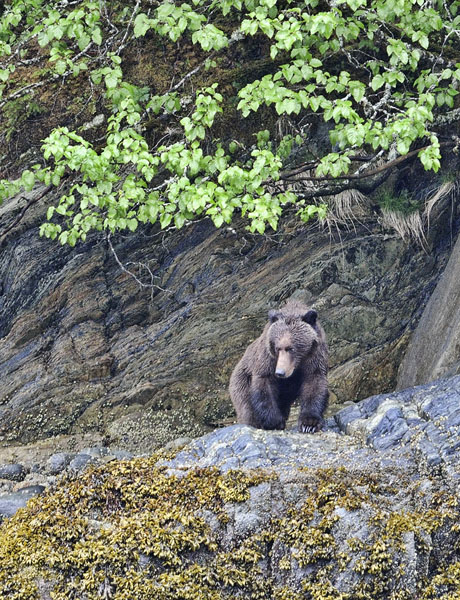 …and I headed out in the kayak to check out some of the large bergy bits that were aground at the mouth of the cove. 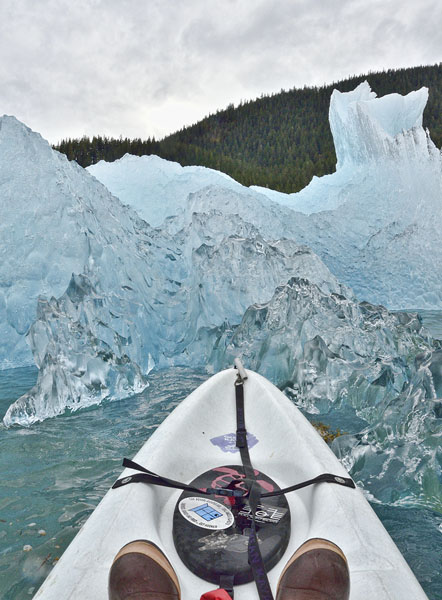 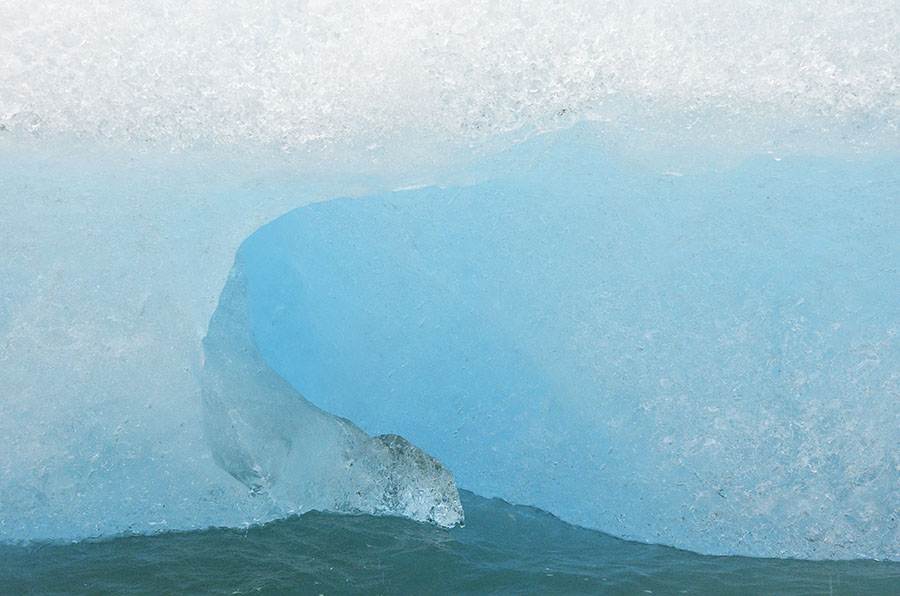 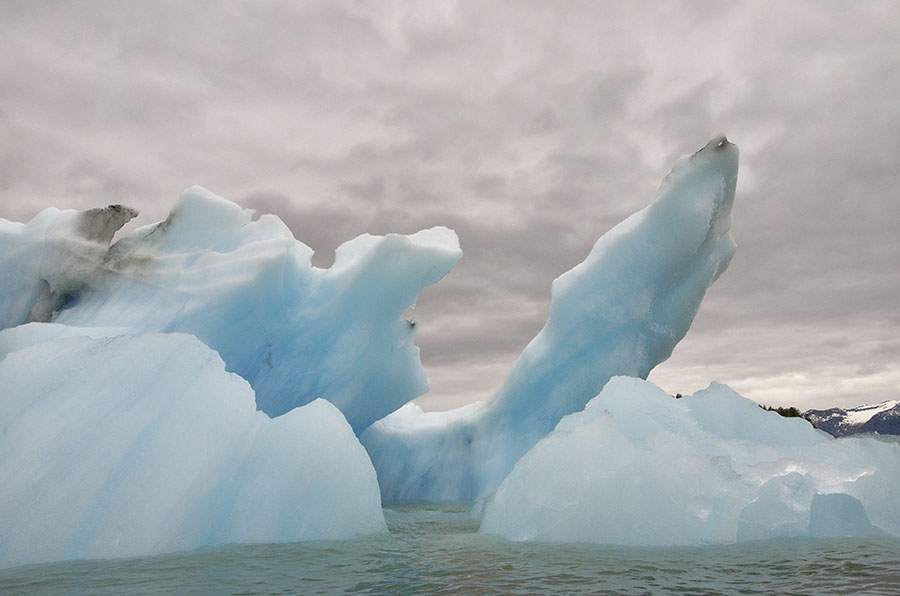 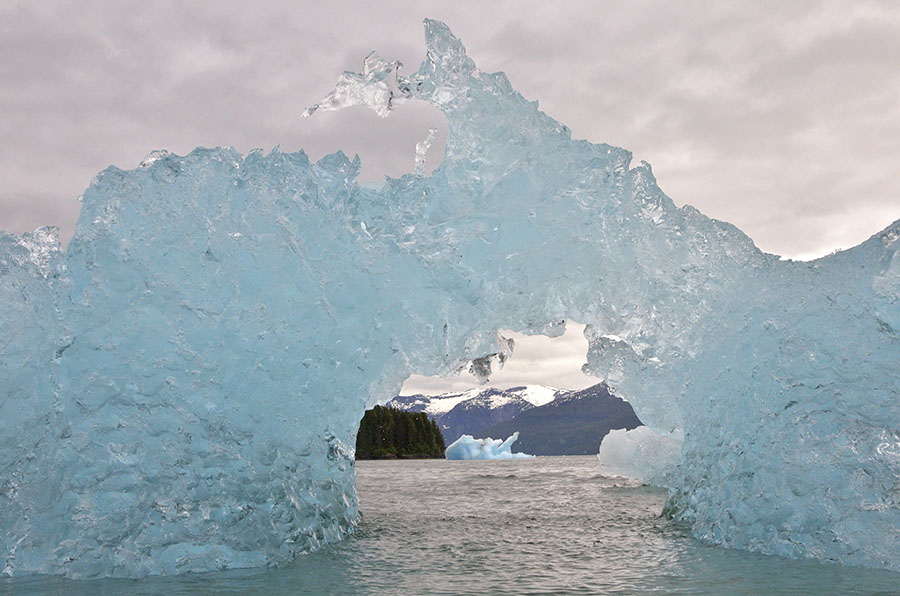 I never get tired of looking at the ice – so many colors and patterns.  Some is white and some is clear and some looks blurry.  I’m careful to stay clear of floating bergy bits in case they roll, and I’m also wary of overhangs that could break off… but anytime I can get close and study the ice I’m happy.