The snow has continued to fall, though we’ve started getting some sunny days now and then.  The panoramas are so beautiful throughout the day as the light changes.  The sun is still fairly low in the sky, making a shallow arc over the mountains but the days are getting noticeably longer – by over 30 minutes a week. 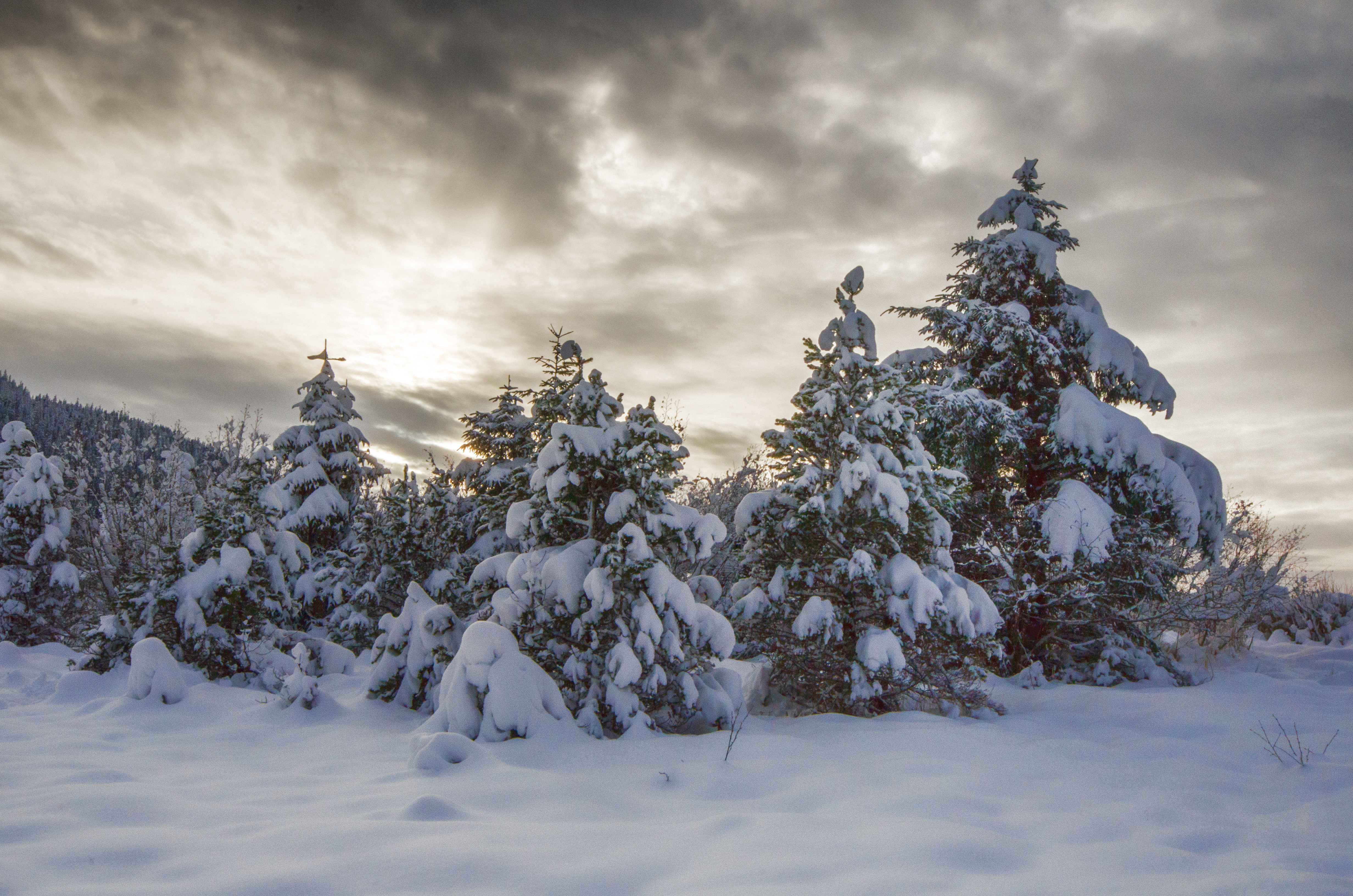 We got out on cross-country skis to explore the area above the airport, enjoying views of the Coastal Mountains, Frederick Sound, and Petersburg Mountain – which you can see in the background behind Jim. 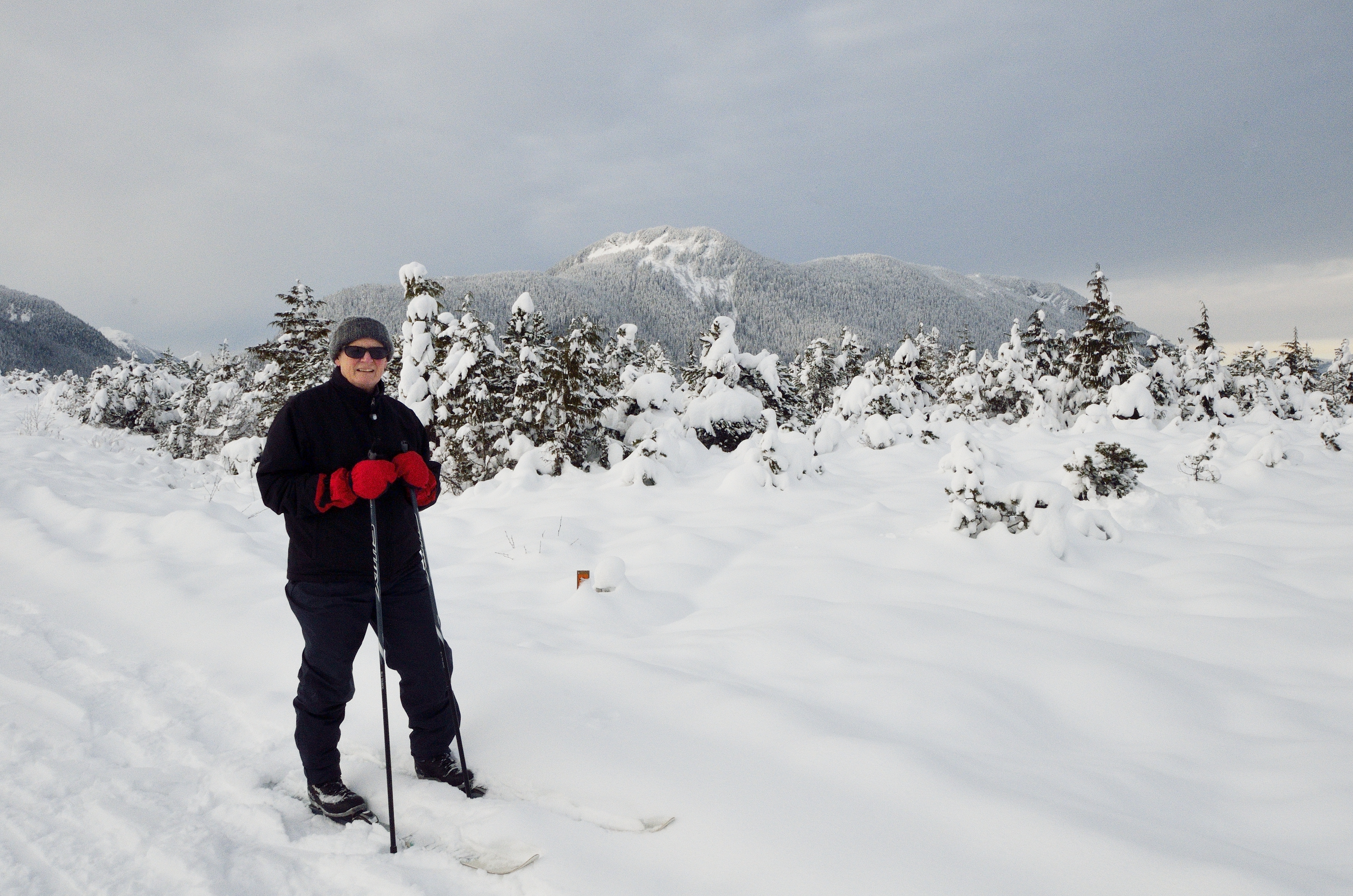 Nothing beats a little fresh air and exercise to counteract the effects of hibernation!  Two days after we went skiing we had even nicer weather so I took the snow shoes and more cameras out for another tromp over the snowy muskeg.  The skies were sunny but it was much colder, and I’ve observed that when temps drop into the teens hoar frost will start to form… like tiny ice flowers. 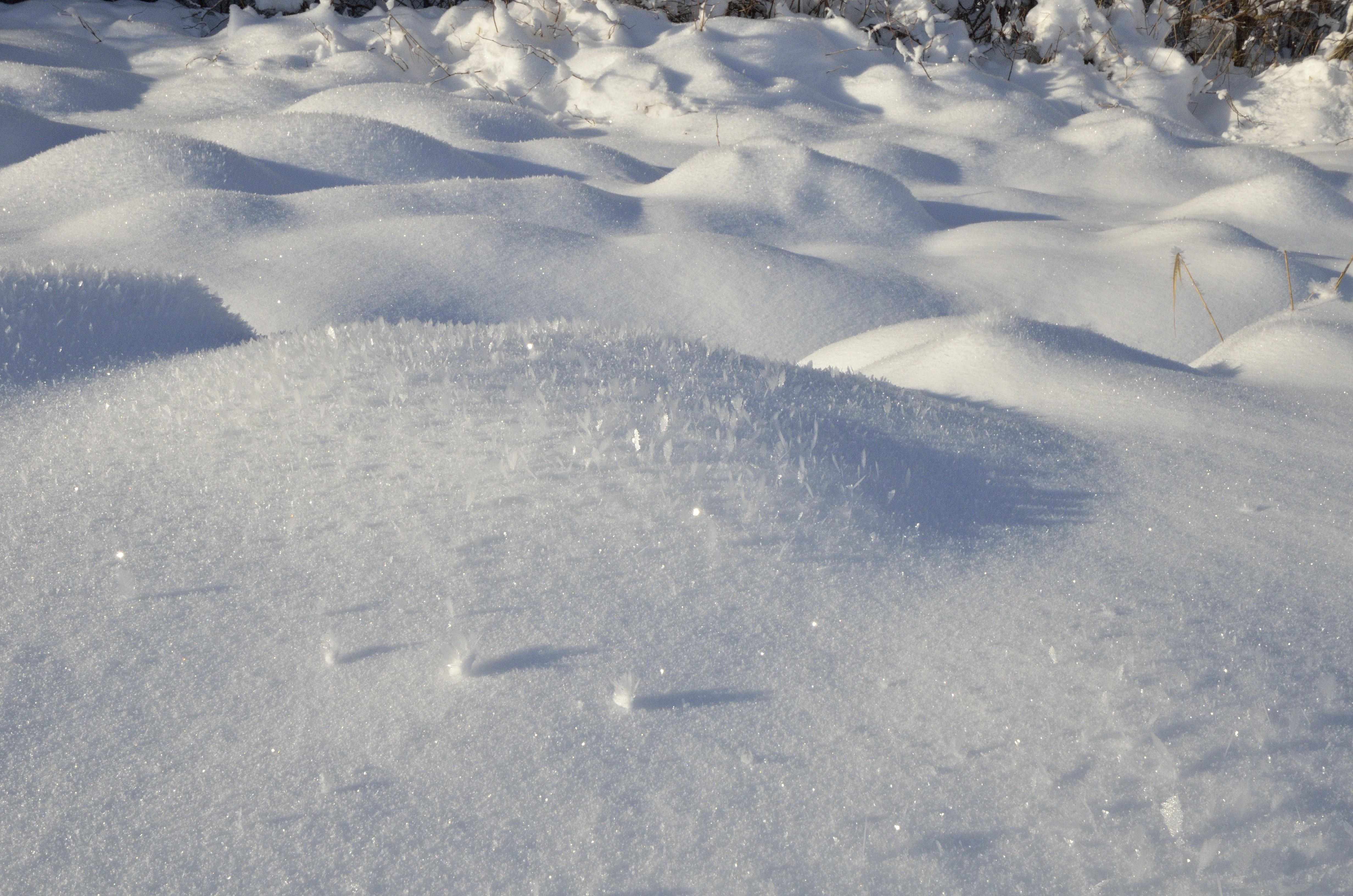 I’ve run out of superlatives to describe the scenery, so I’ll let the photographs speak for me. 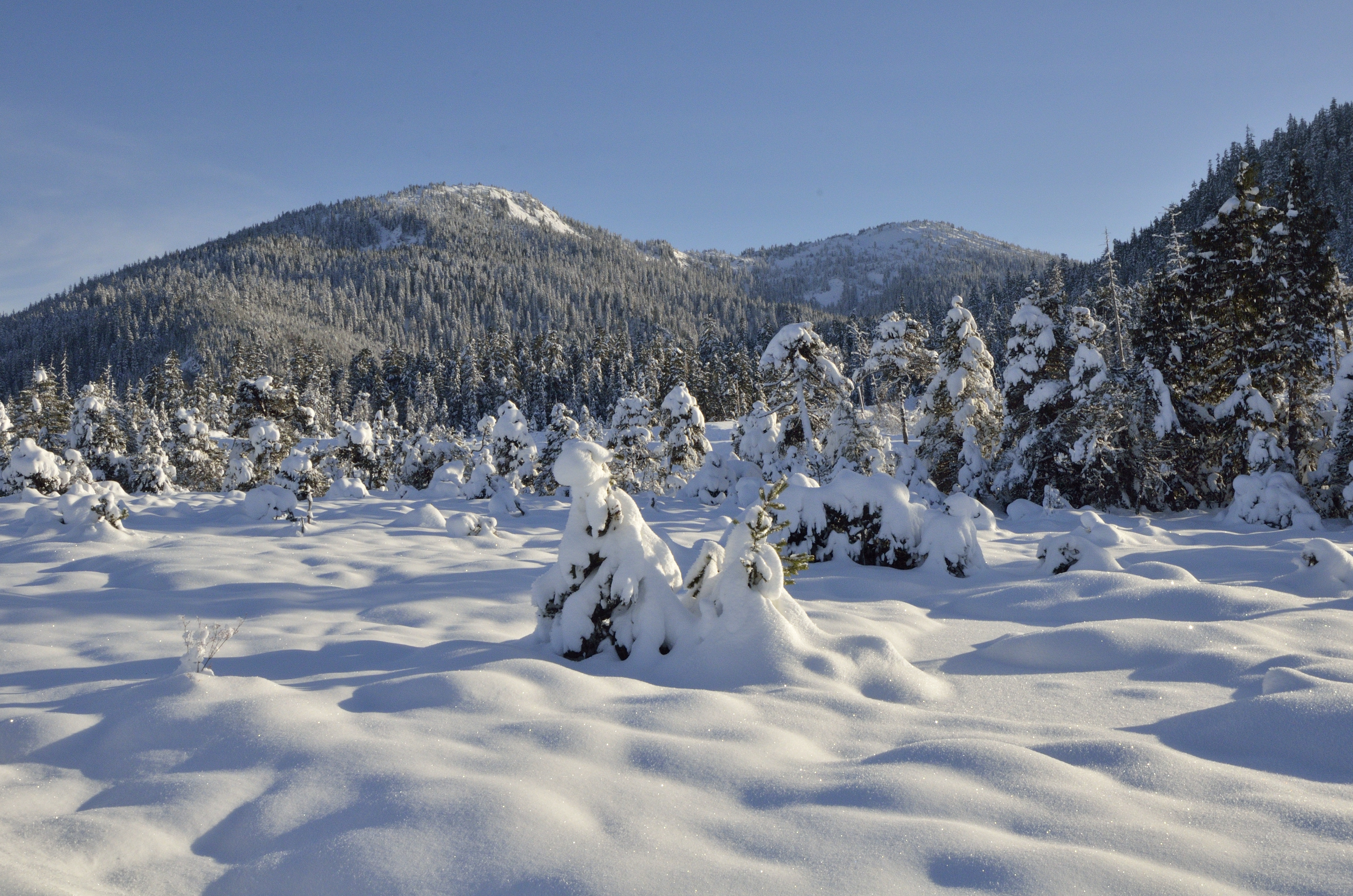 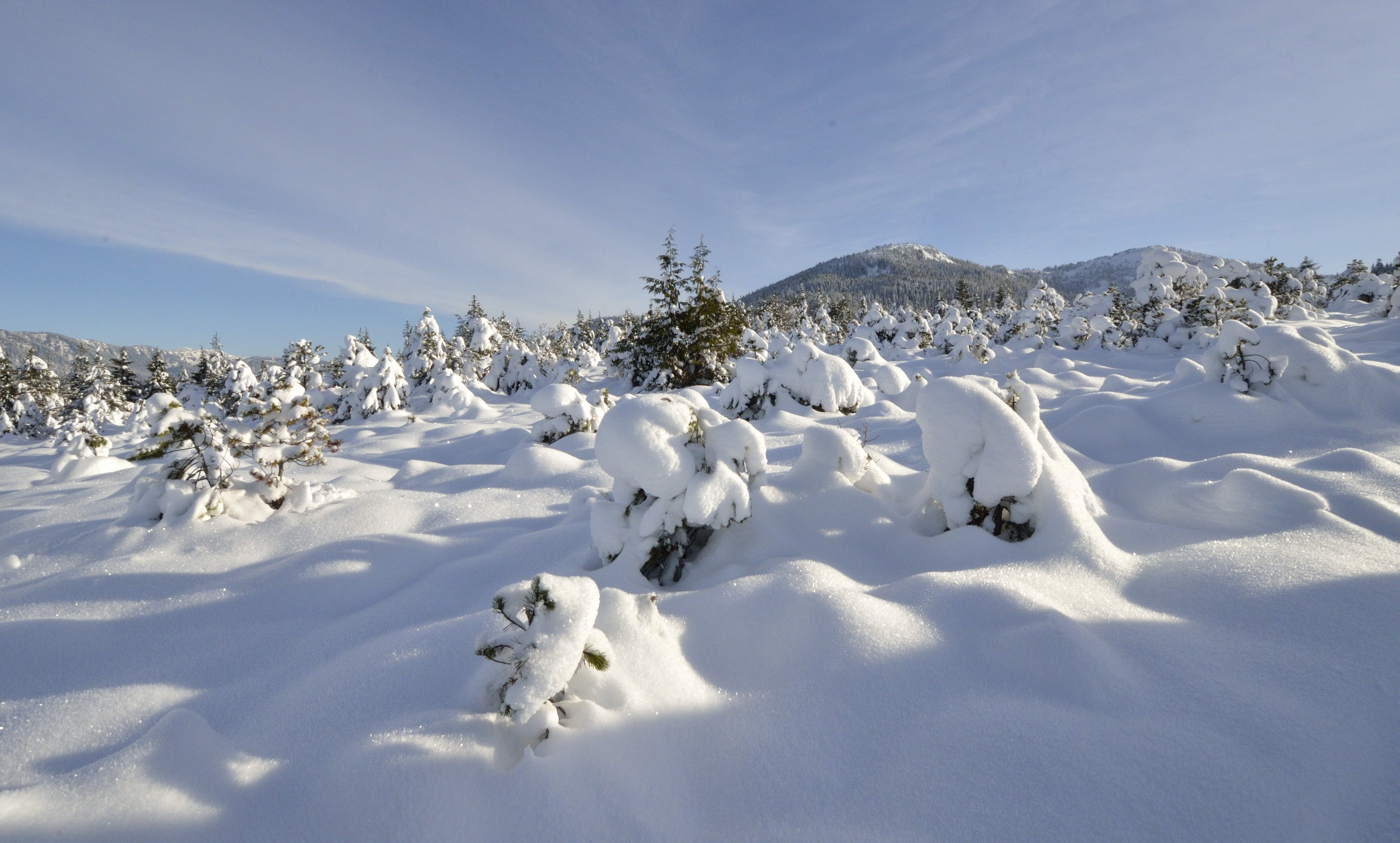 Sunny days also make it nicer for photographing birds in the harbor, and I spotted some wigeons and teals in an area where I don’t often look.  Of course the long tailed ducks are everywhere, making their funny calls as they dive for food. 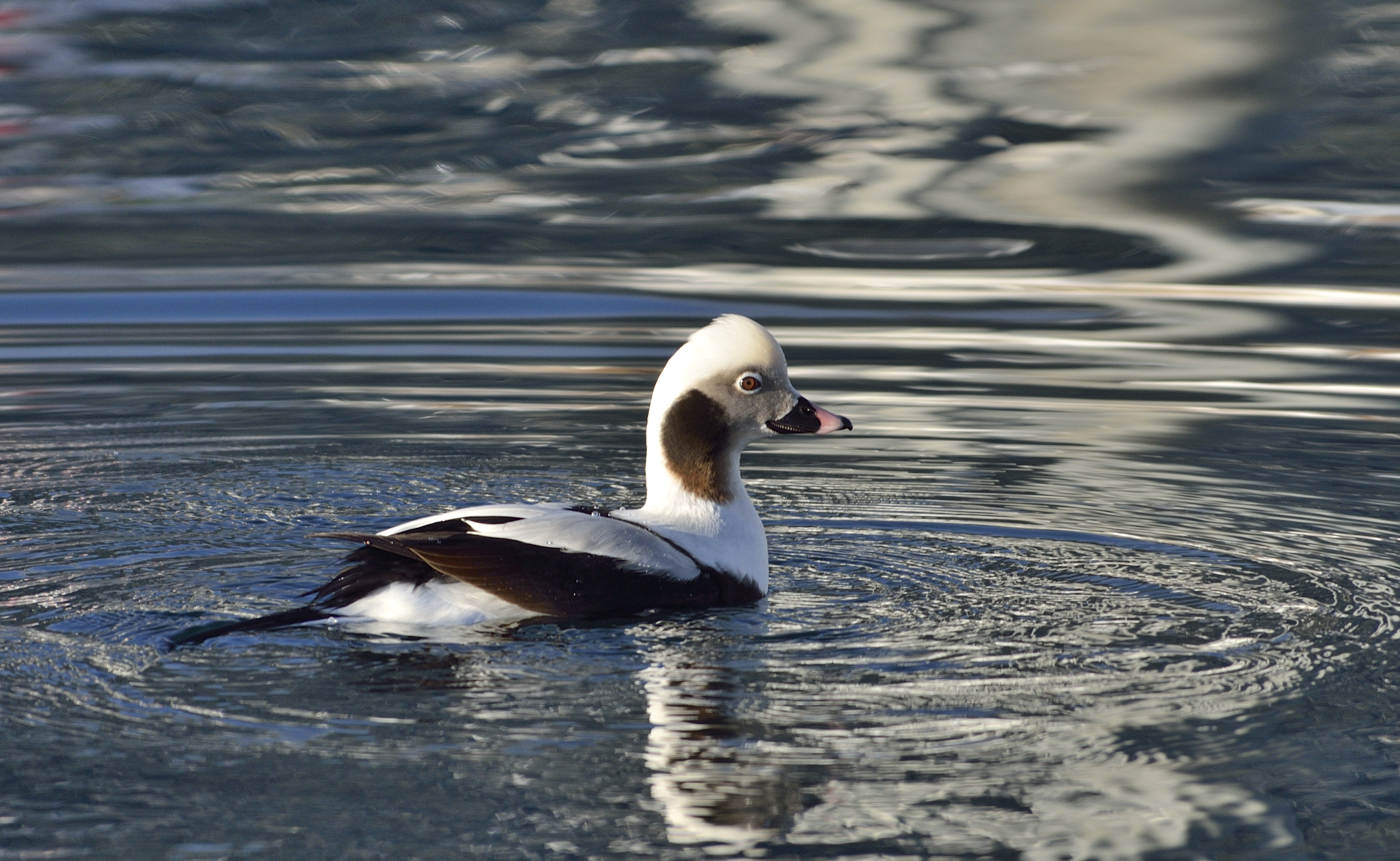 And I found some red breasted mergansers near the docks to the south of us, with their spiky head feathers and red eyes. 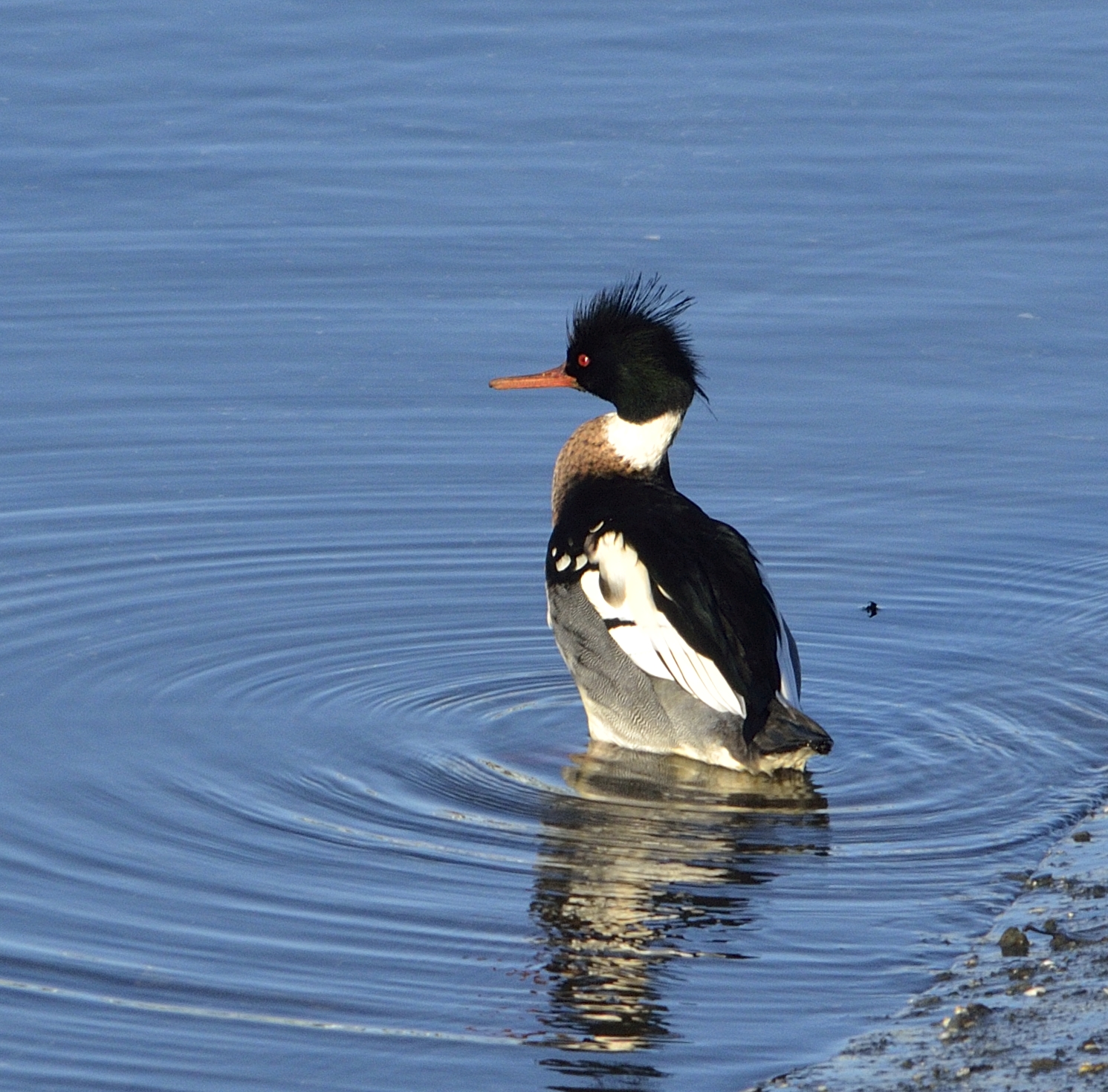 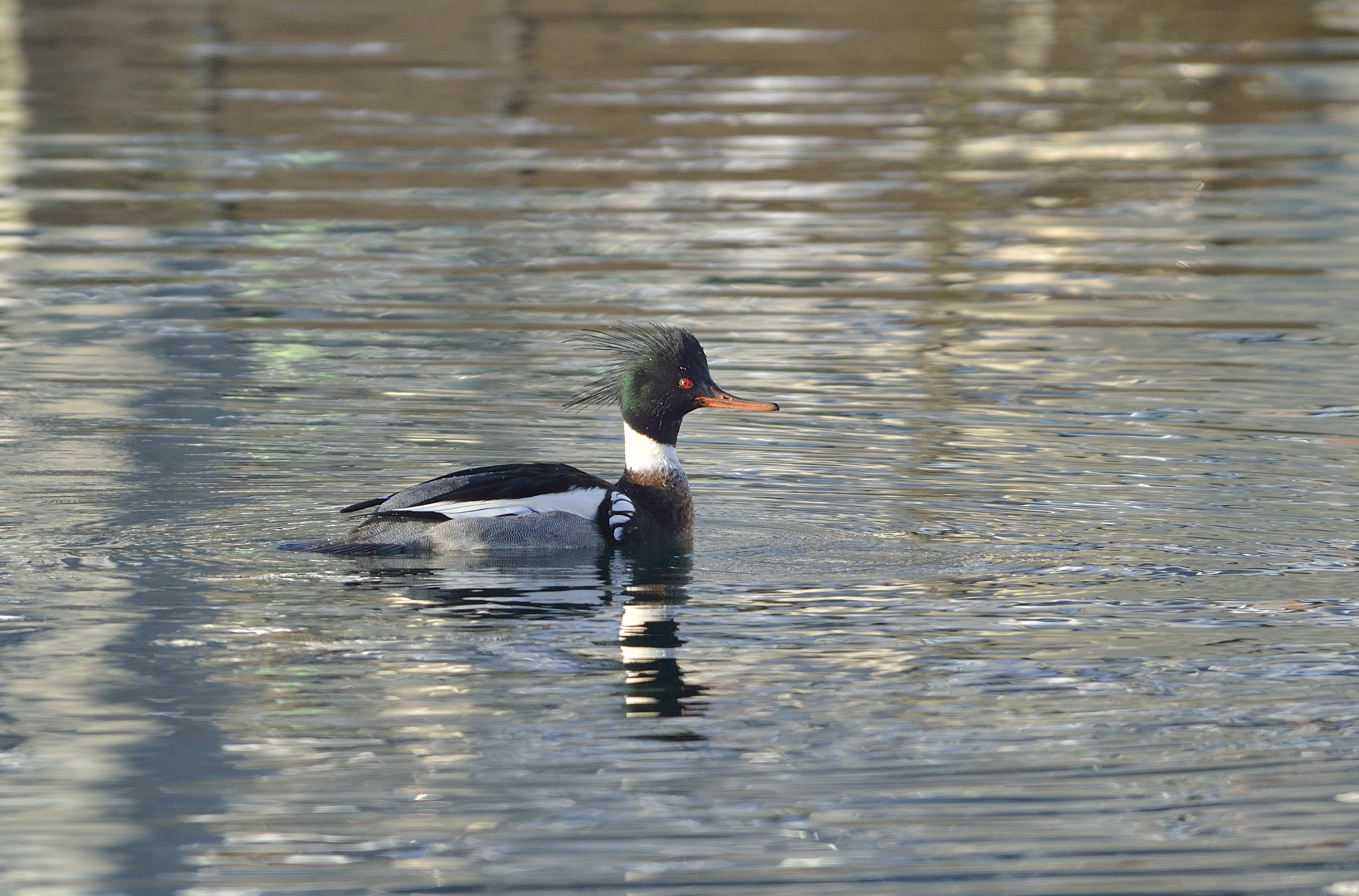 It has been so cold that even the birds are wearing woolly things! 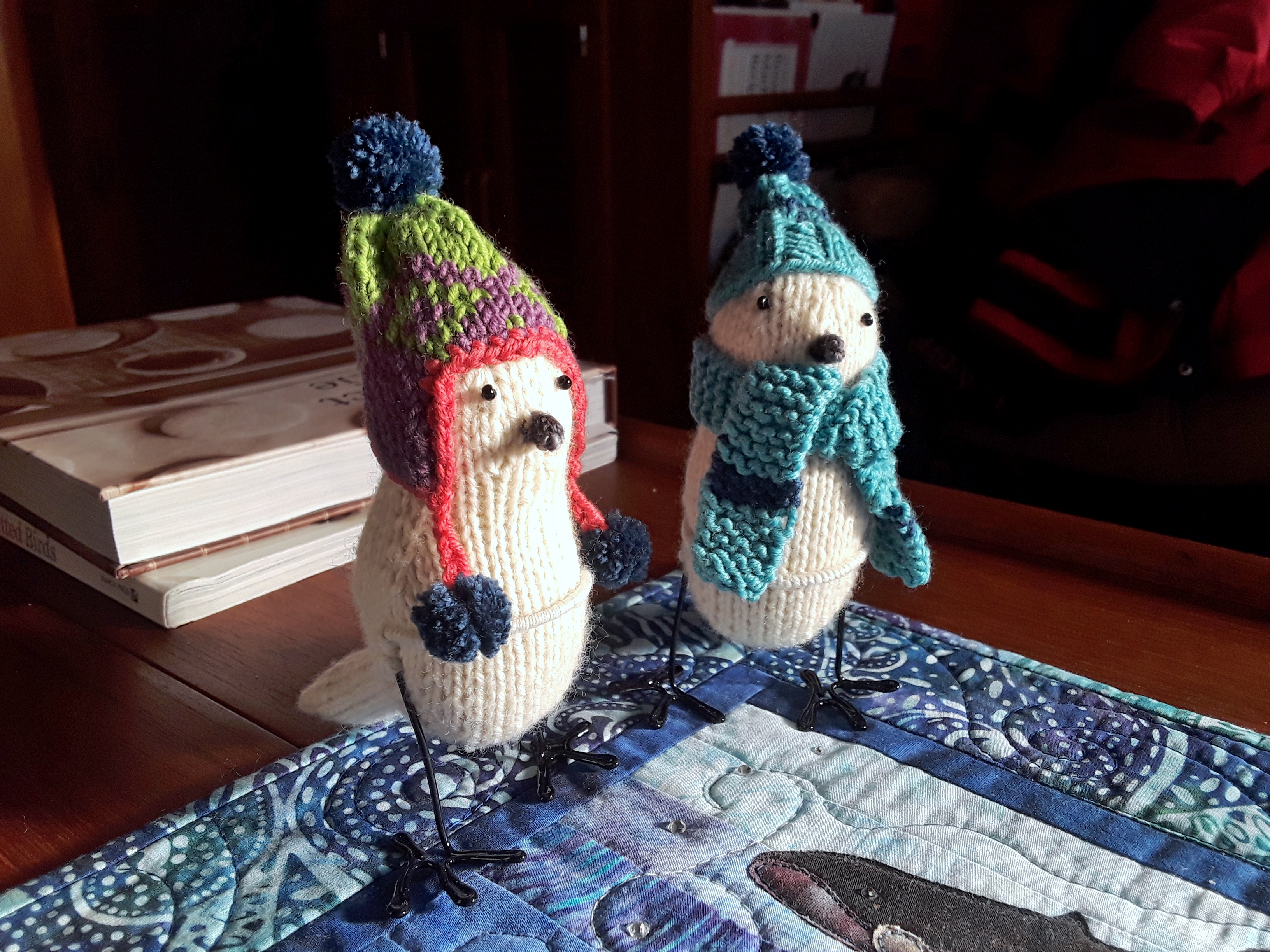