Returning to our adventures in the very large and very spread out Olympic National Park, we spent a great day exploring the two significant rivers on the north side: the Elwha and the Sol Duc.

The Elwha River was once a thriving highway for salmon, a wild river that supported the Klallam native tribe until two dams were built on the river in the early 1900s.  The salmon could no longer migrate upstream, tribal lands were flooded, and the ecosystem was dramatically changed.  Fast forward to the 1990s and Congress finally passed a law to restore the Elwha River.  After years of planning and preparation, the first dam was removed in 2011 and the second one in 2014.  The river now runs wild once again, and the formerly flooded areas are slowly recovering. 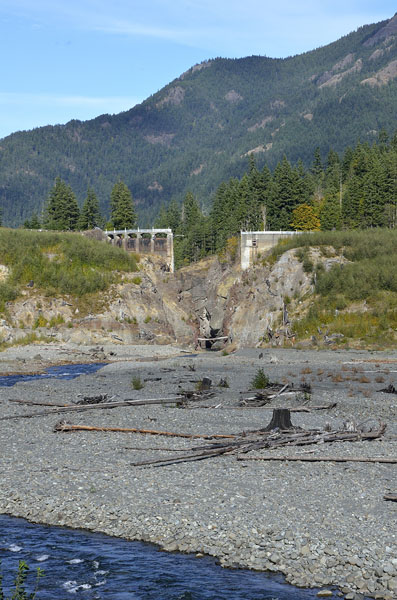 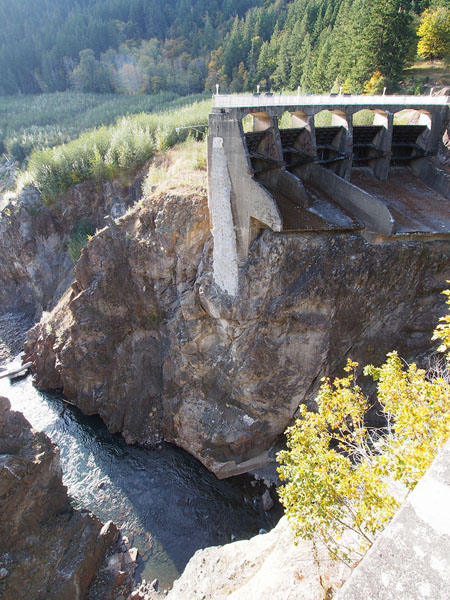 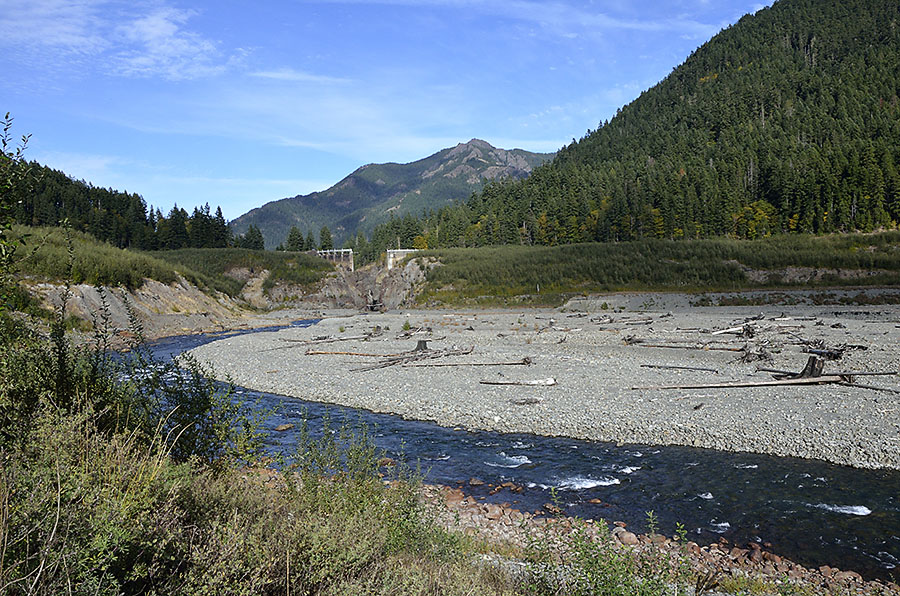 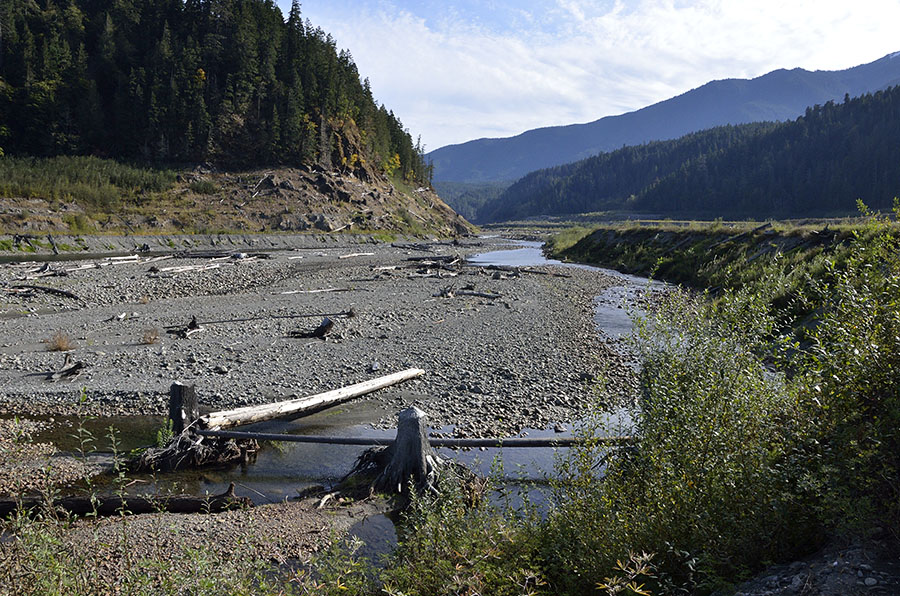 After a nice hike down into the formerly flooded basin, we headed farther west to visit the Sol Duc River – another habitat for salmon.  We checked out the waterfall not far from the road first… 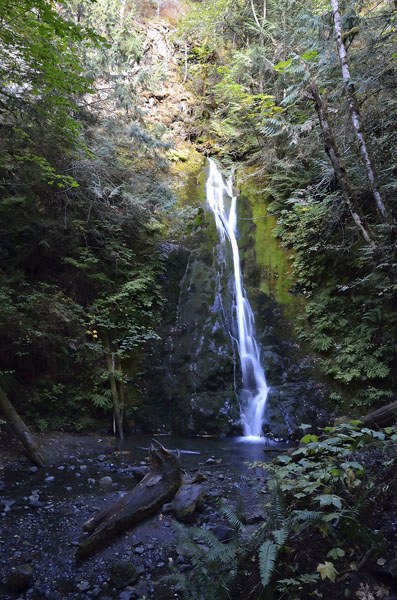 …and then headed farther in to hike the forest and check out the waterfalls higher up. 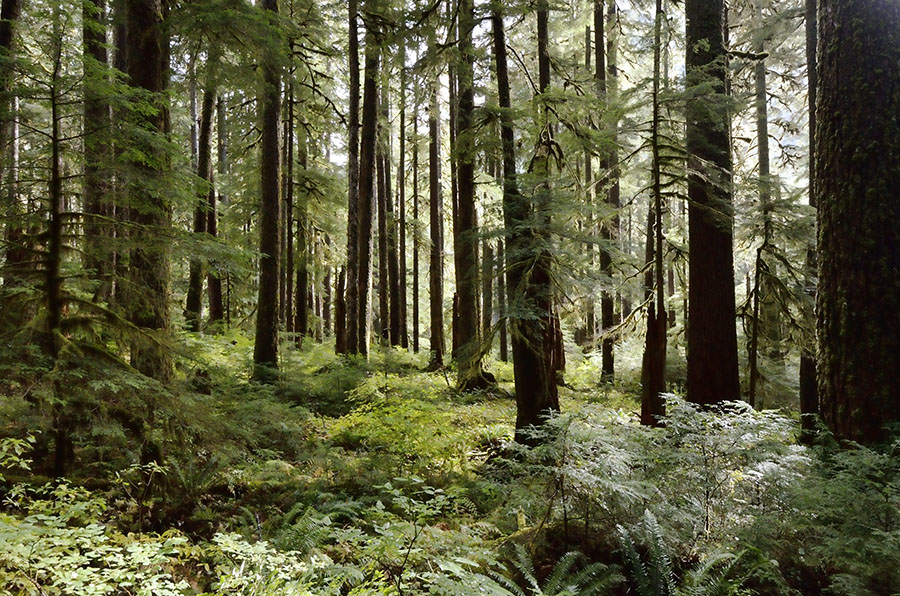 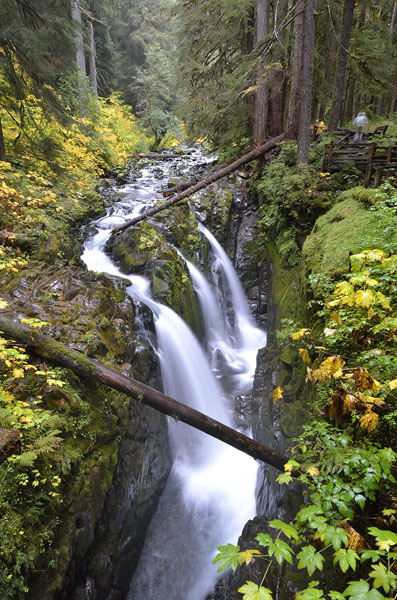 I really liked the triple waterfall and the nice fall color, which appears even more saturated from the rain. 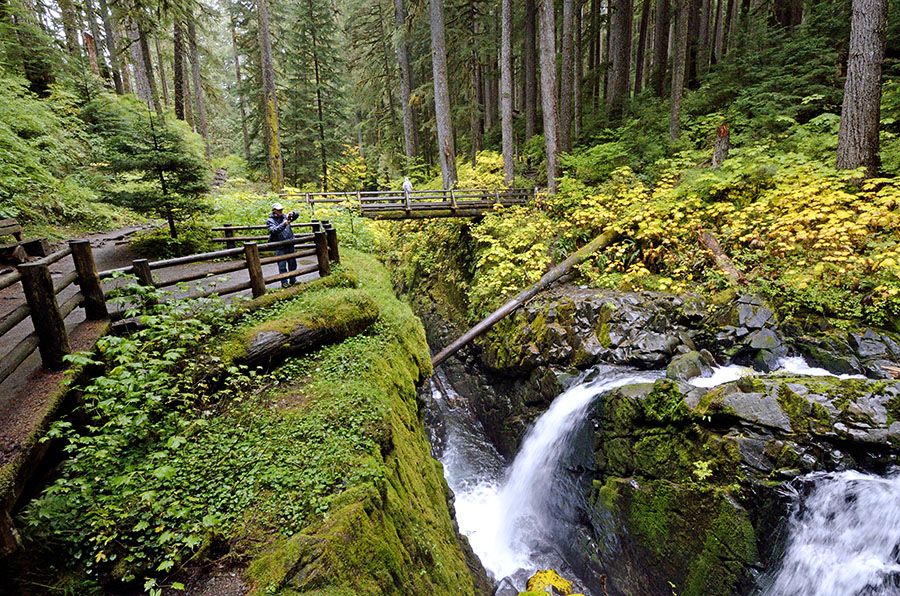 A park ranger told us that there were still some coho (silver) salmon making their way up the river, and we found a great spot to watch them leap up one of the smaller waterfalls – quite an athletic feat!  Here the coho are waiting in a quiet pool, resting before the big effort… 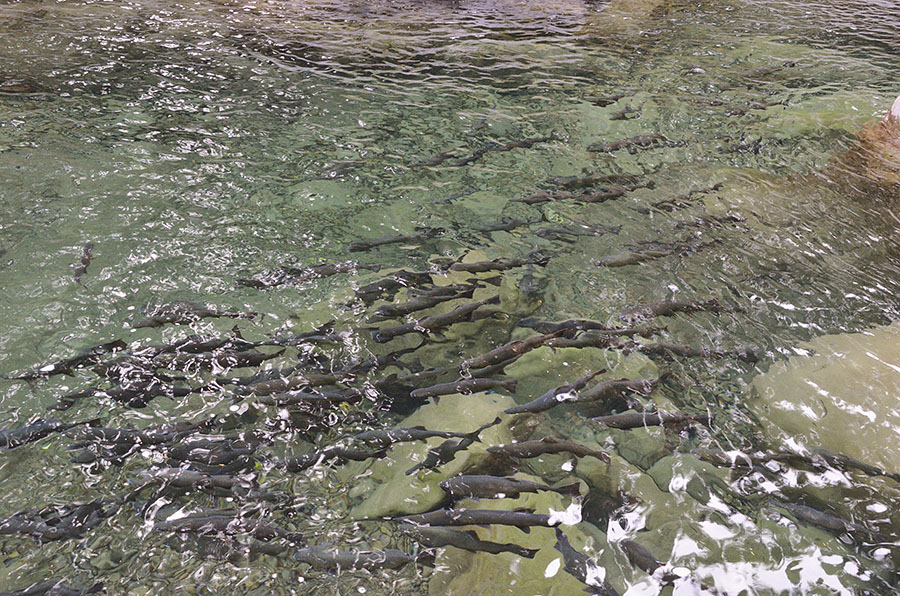 …which is sometimes successful, but not always.  We groaned when we heard the smack of a fish hitting the rocks and falling back. 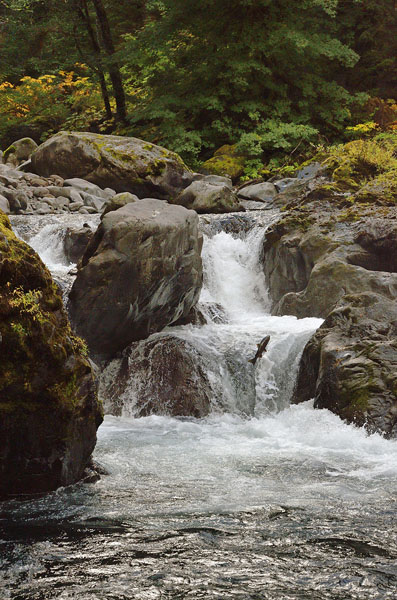 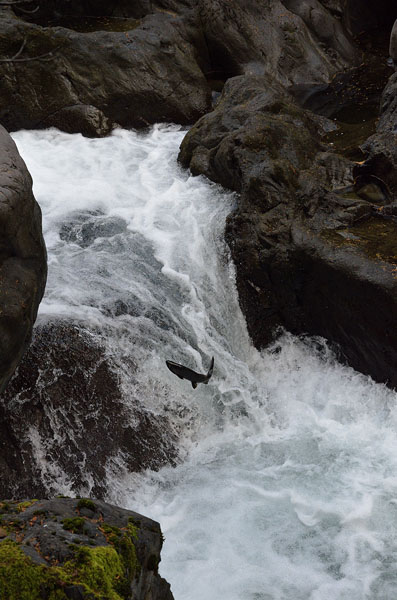 Still photos don’t convey the forceful flow of the river that these fish have to overcome – an impressive accomplishment!

Stay tuned for much more from the Olympic National Park….