We arrived in Funter Bay at the top of Admiralty Island armed with Jim’s new fishing license, two crab traps, and herring for bait (caught by our friend Knut who kept insisting that Jim didn’t have enough!).  We put the Beastie (our dinghy) in the water and Jim headed out with his traps. 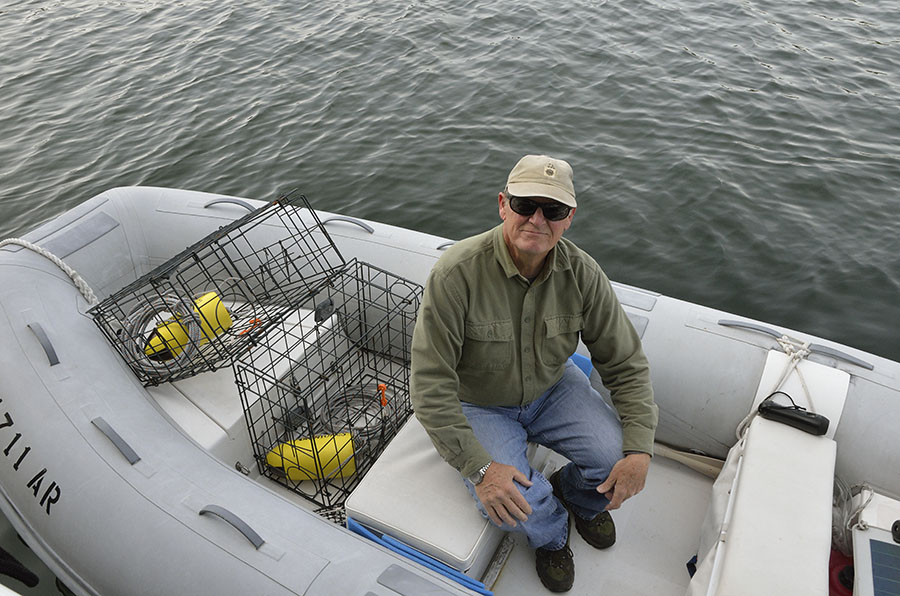 While he was carefully checking water depths for the best place to drop his traps, I was watching the bears on the beach.  We saw a pair of younger brown bears, probably siblings, and probably in their third summer when they have recently been cast out on their own by their mother.  They were pretty wary and didn’t stay on the beach very long, but another brown bear hung around and munched on some grass.

The lupine was in bloom on shore, but I just photographed it from the kayak, not wanting to disturb the bears.  They’re waiting for berries to ripen in July and for the salmon to start running in later July, so they’re hungry and grumpy since they’re mostly eating grass and foraging on the beach – not their favorite foods.  I think the lupine is just lovely from a distance, don’t you? 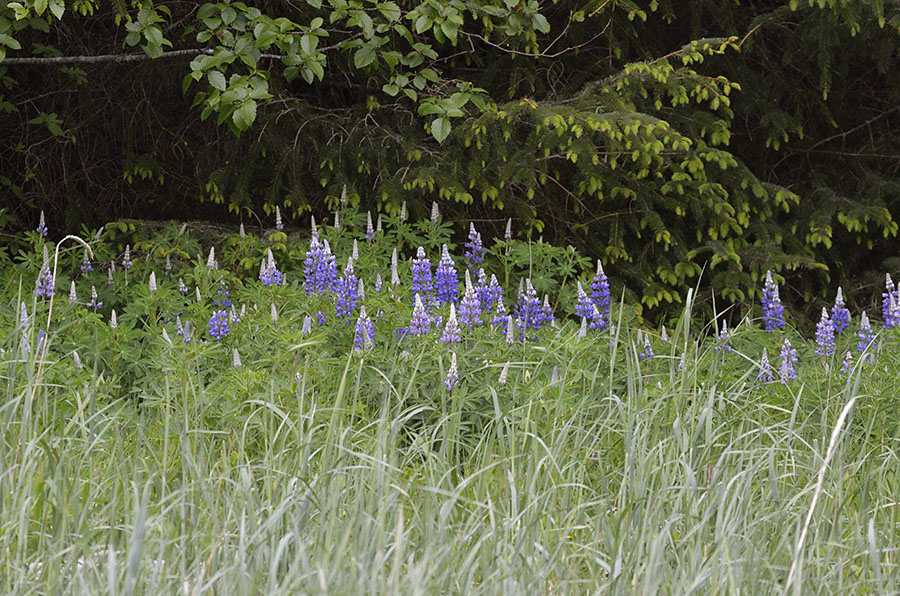 Our friends Rick and Barb told Jim that it’s best to let his crab pots soak for at least one full tide cycle, so he waited until the next morning to see what he caught.  He had a few undersize and a few females that were all thrown back, but he got four nice big keepers – plenty for a boat where only one of us likes to eat seafood. 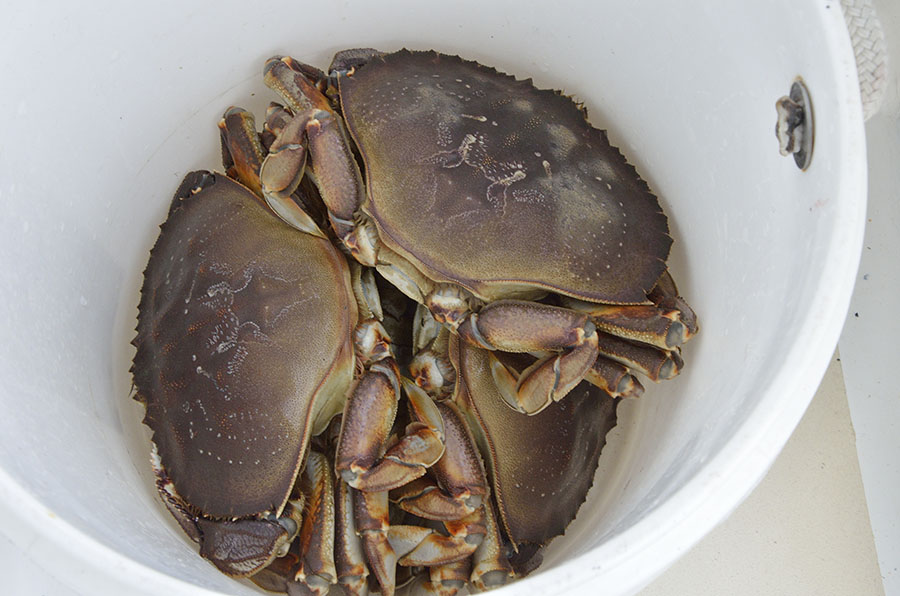 He steamed them and picked out all the meat – a good bit of work for the afternoon, so now he’s a full-fledged Alaskan since he’s hunted and eaten his food.  He likes his new hobby, and came to understand why Knut kept telling him he didn’t have enough bait.  Those crabs ate everything!

We left Funter Bay and headed west in Icy Strait, bound for Glacier Bay National Park – one of our very favorite places.  Along the way we saw plenty of sea otters – very adorable creatures, but the arch enemy of fisherman since they will wipe out all the crabs and clams in a given area before moving on to devour everything in the next area. 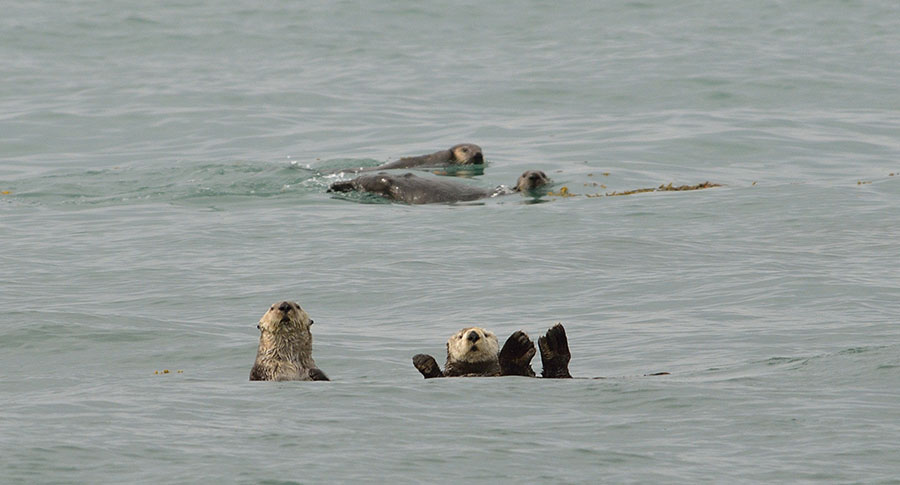 Once again we were joined by some Dall’s porpoise riding the pressure wave in front of our bulbous bow – zipping from side to side and zooming along so fast that they leave a rooster tail of spray. 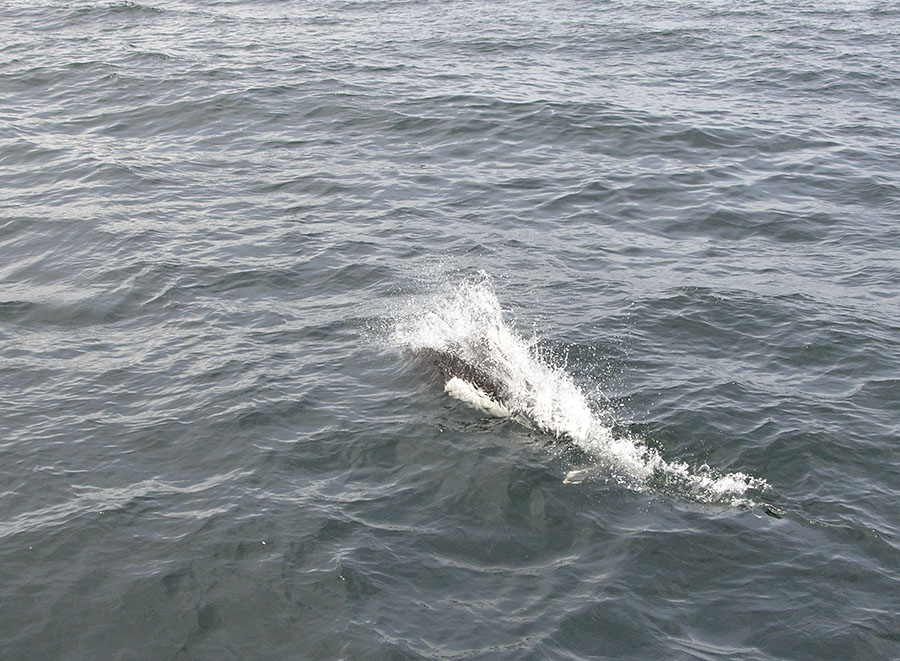 We arrived in Glacier Bay, enjoying the fact that spring occurs a bit later up there. 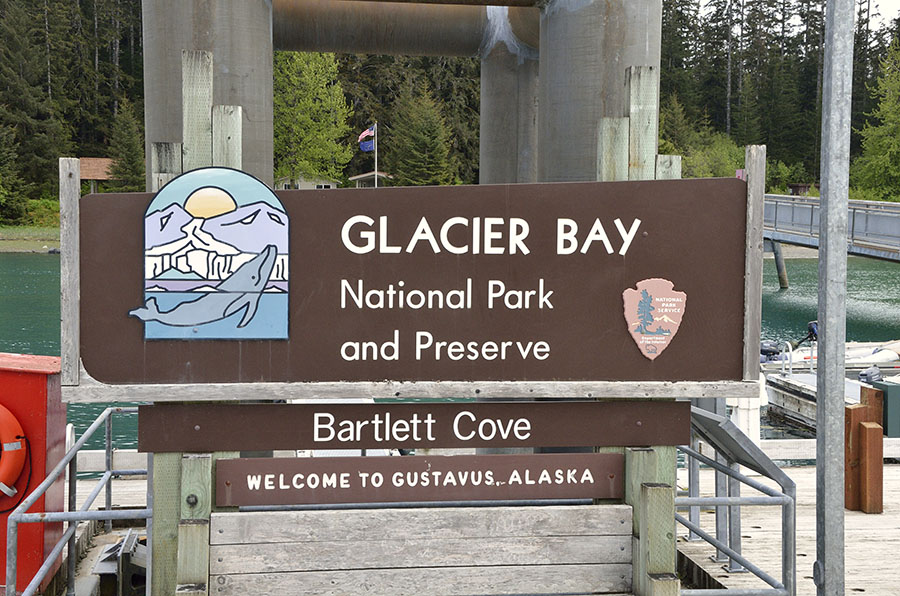 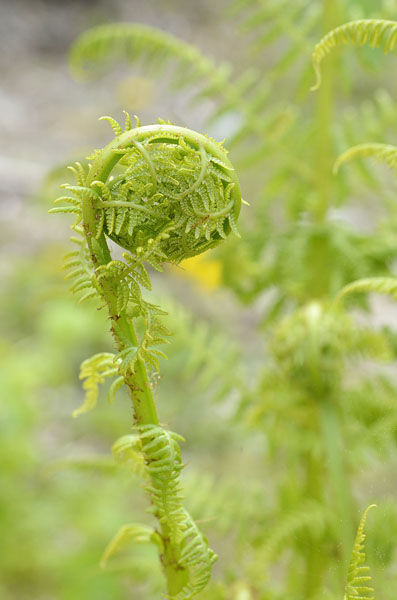 …and the spruce and hemlock were sprouting lots of bright green “tips” that are popular for making beer and as a seasonal ingredient in chef’s creations. 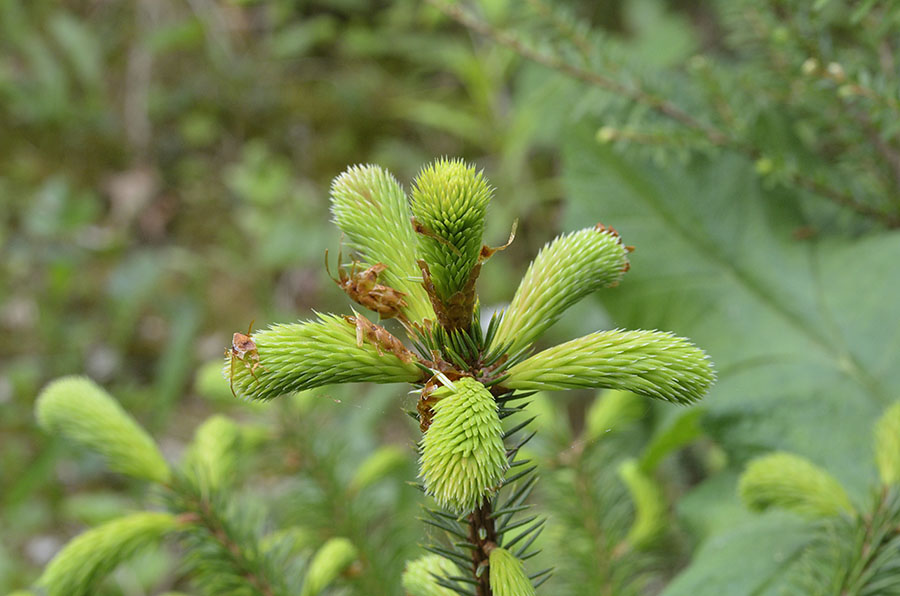 If you pick the spruce tips when they’re just emerging from their light brown skin you can eat them – they taste a little lemon-y and a bit bitter, but good.  They’re loaded with vitamin C, but you have to chew them well.  Devil’s club leaves were just unfolding, the lupine was ready to bloom, young bears recently turned out on their own by their mothers were confused and occasionally wandered into areas near people, and the Lodge was relatively quiet in its first few days after opening for the season.  To cap our first day in the bay, we had clear skies so we could see the mountains and a sort-of sunset with some warm light around 10:15pm. 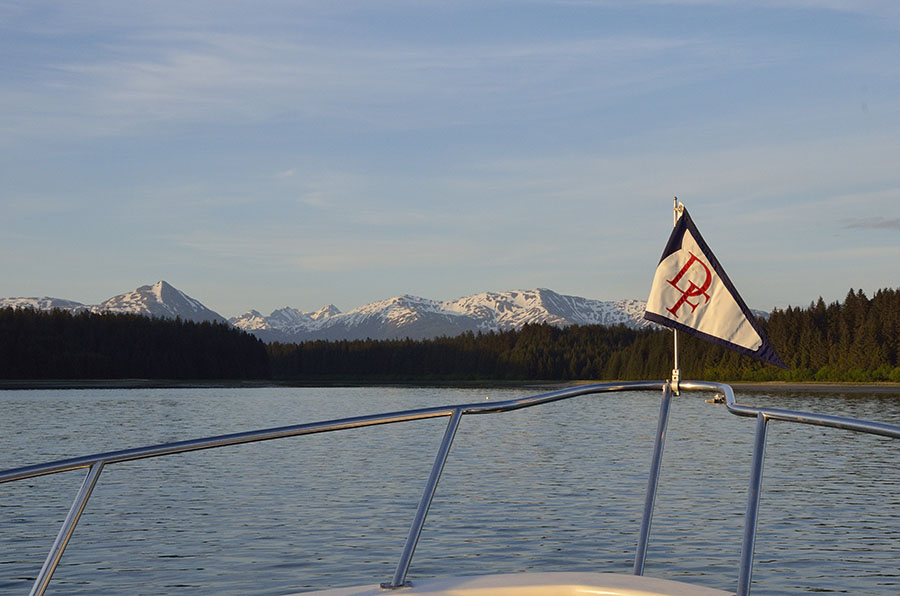 1 thought on “Crabs, Critters, and Spring”