Another gem of a place in southern Utah that I’ve always wanted to visit is Goblin Valley State Park, just east of Capitol Reef National Park.  For you quirky science fiction fans, it’s also one of the filming sites used in the Star Trek spoof movie Galaxy Quest. 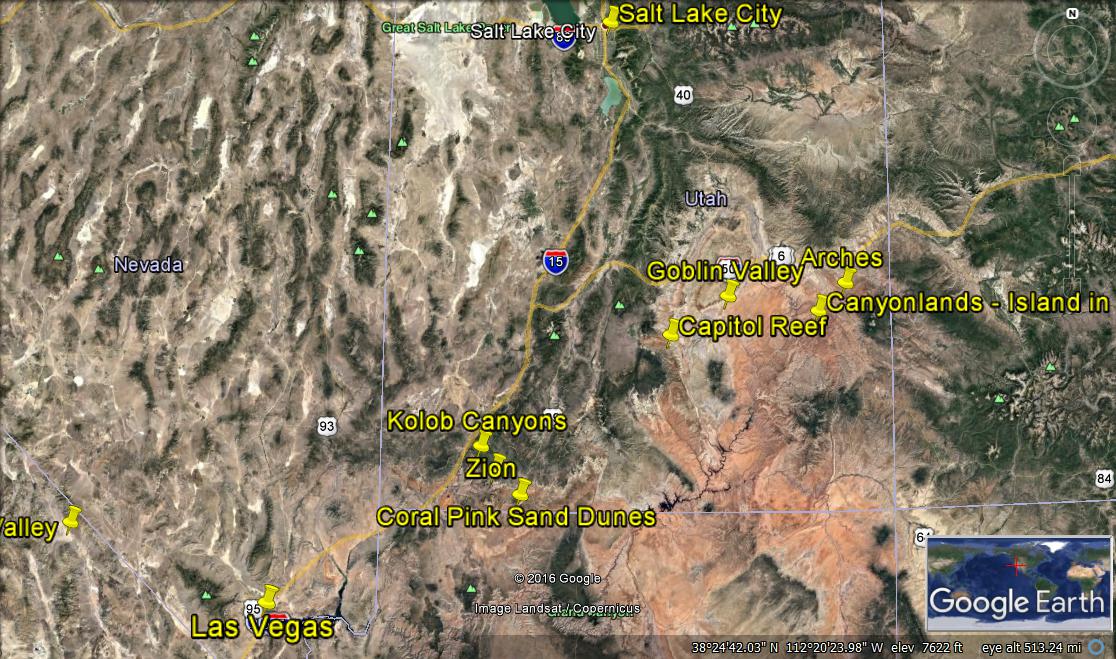 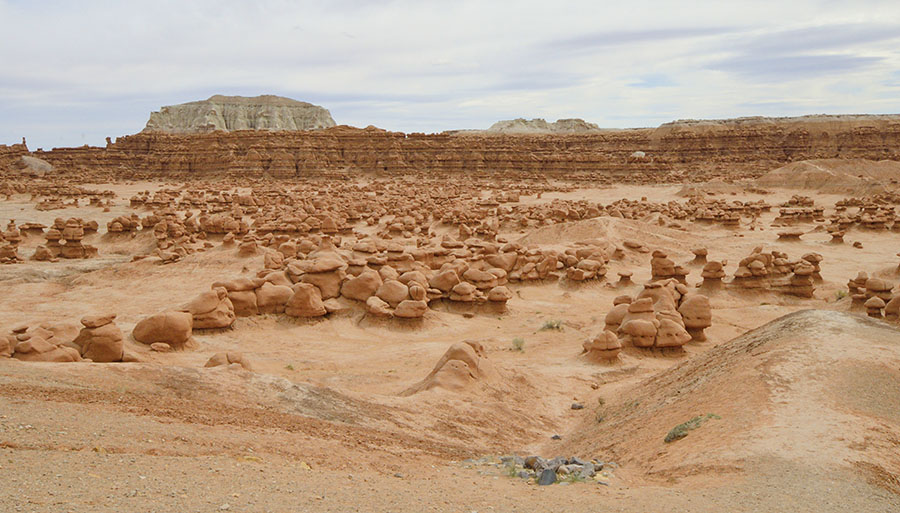 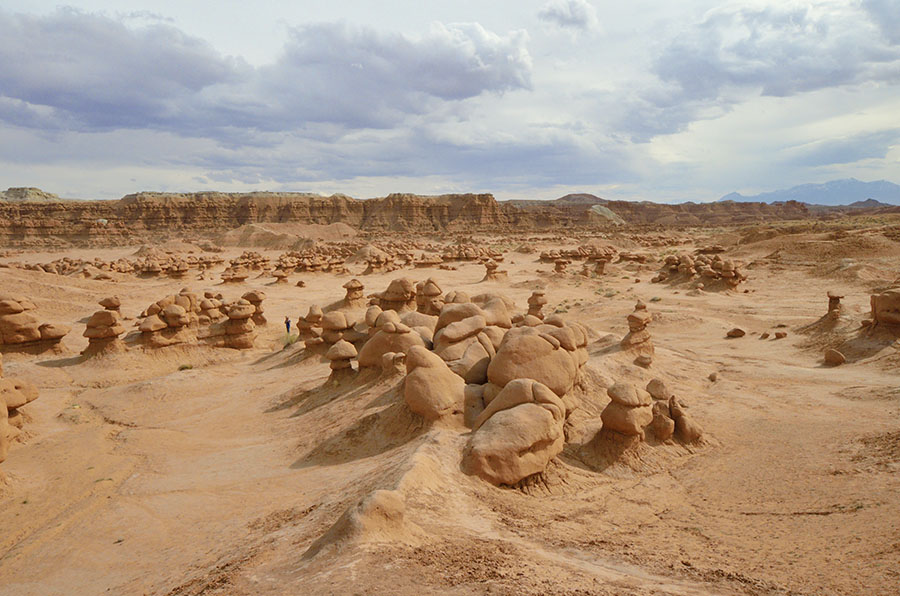 If you look carefully in the photo above you can spot a person standing next to the goblins to the left of center.  In the photo below you can see Wild Horse Mesa in the background, and some crumbly green rock in the foreground. 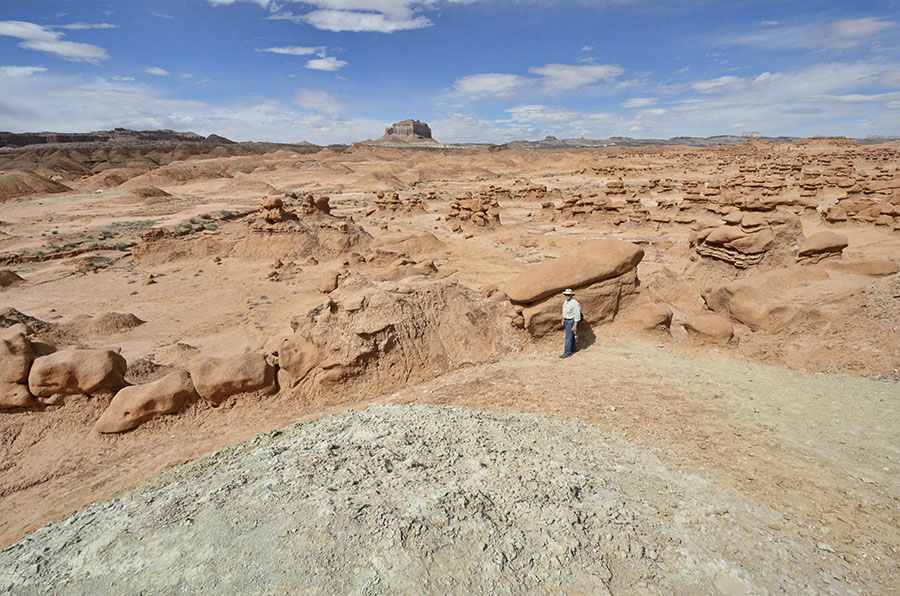 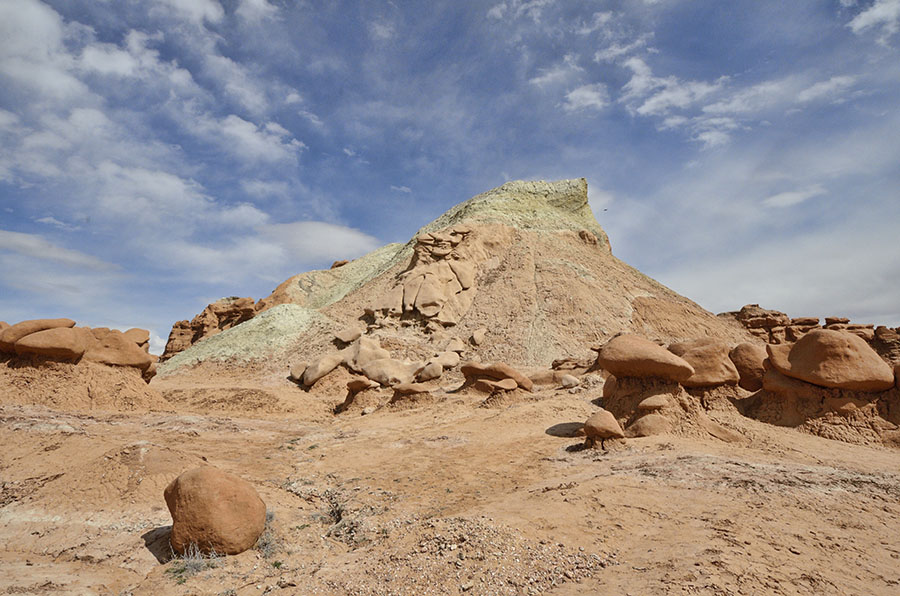 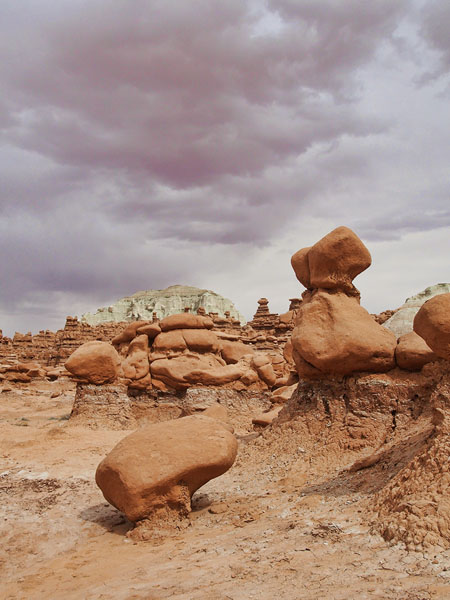 We spent two days exploring the goblins, wandering deep into the valley to find caves, climb the odd cone-shaped mounds, and to let our imaginations see things in the rocks – especially faces. 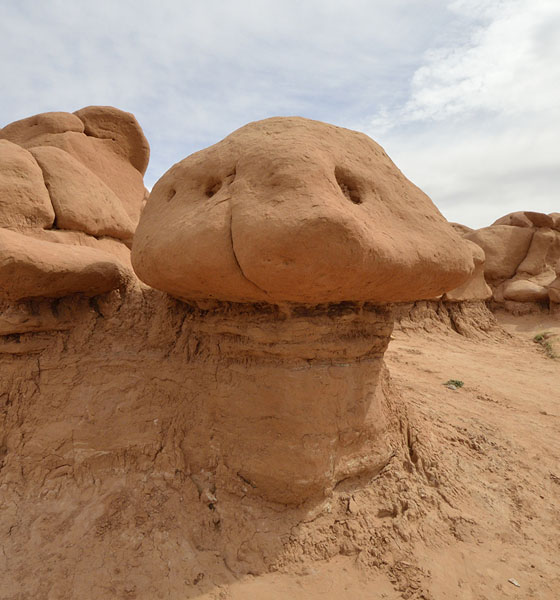 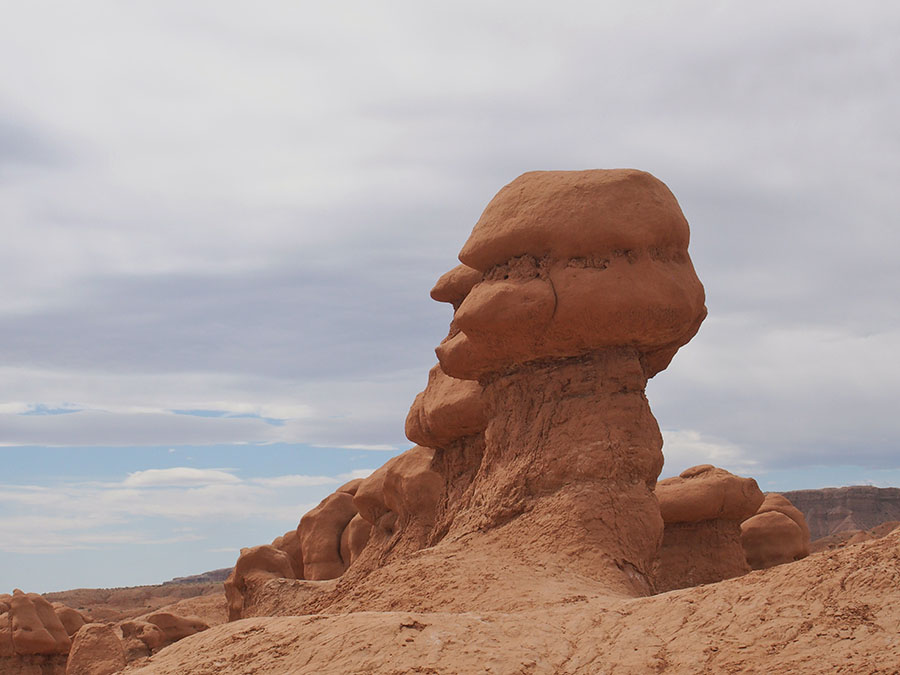 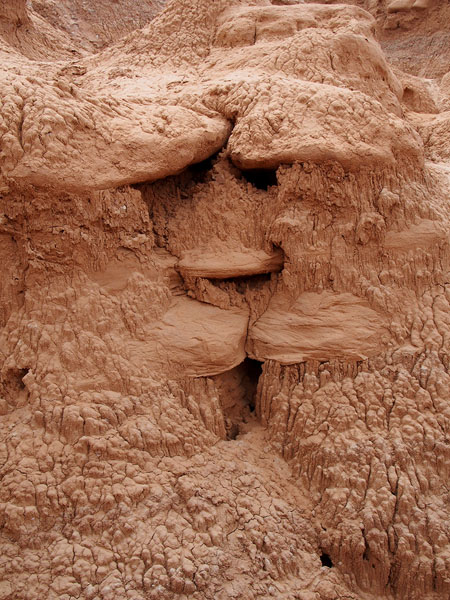 We loved all the views from the different sections of the valley, and it was very easy to lose one another since most of the goblins are taller than we are. 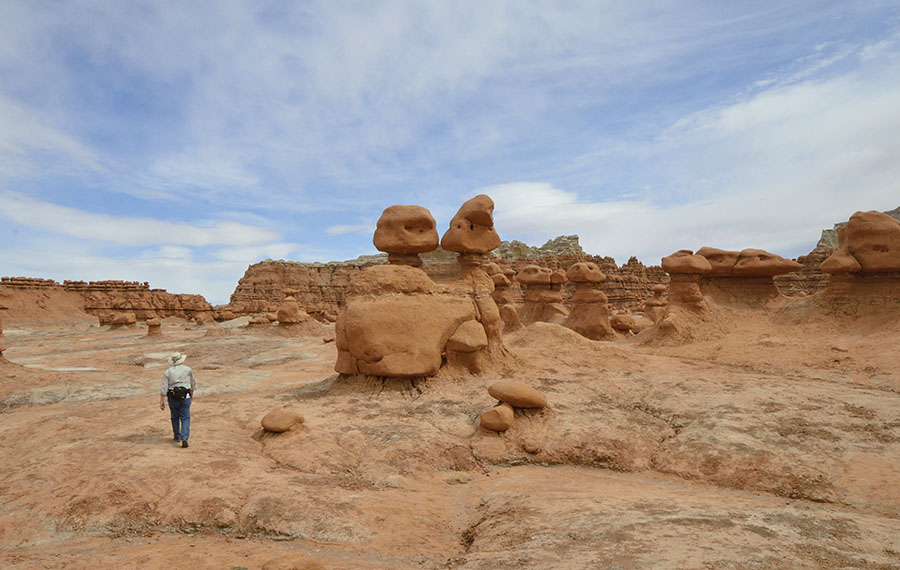 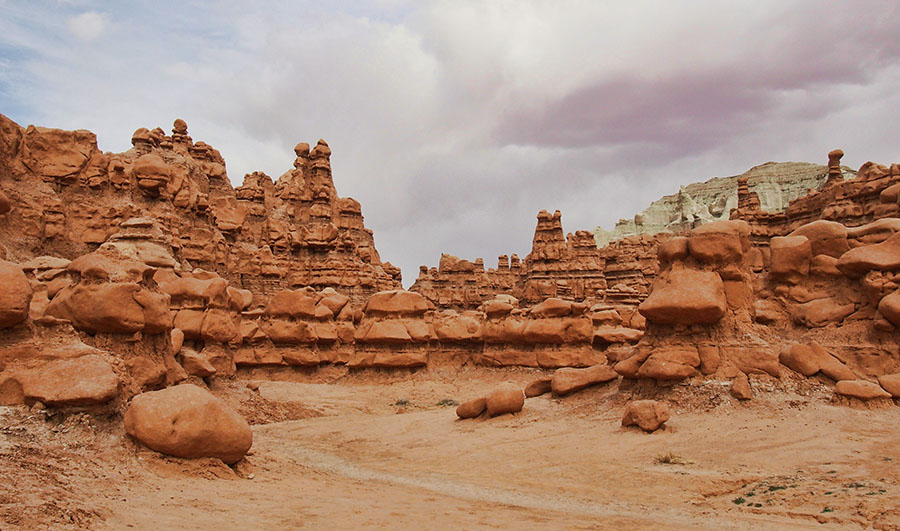 On the second day we hiked around the end of the ridge to reach the Goblin’s Lair – a large cavern accessible either by roping down or by a rough scramble over boulders to the entrance, and then a rather challenging climb down boulders to the bottom.  Whichever way you get down into the Lair, you have to climb over the boulders to hike out. 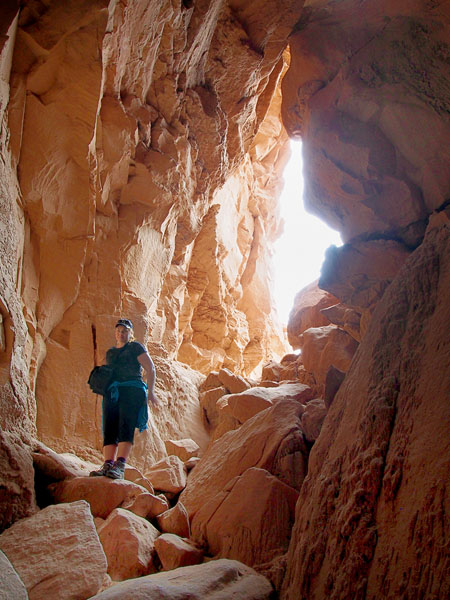 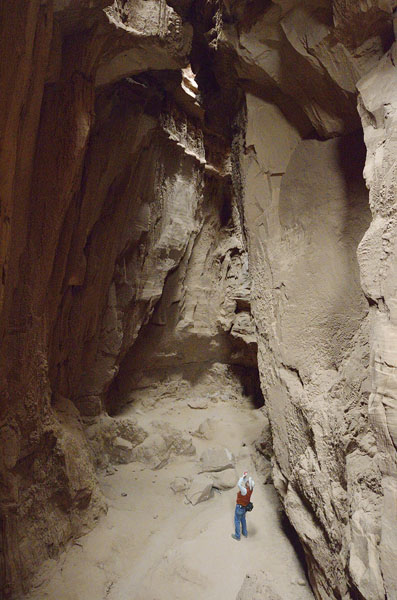 Of all the places we visited on this road trip, Goblin Valley made us feel the most like little kids, finding fertile ground for our imaginations, scrambling and running around like someone forgot to give us Ritalin.

Goblin Valley is known for its extremely dark skies, making it a perfect place for stargazing (and star photography).  Of course on the days we were there we had too many clouds to see much, but as we say about all the places we fall in love with – we’ll be back, and next time we’ll camp right in the park. 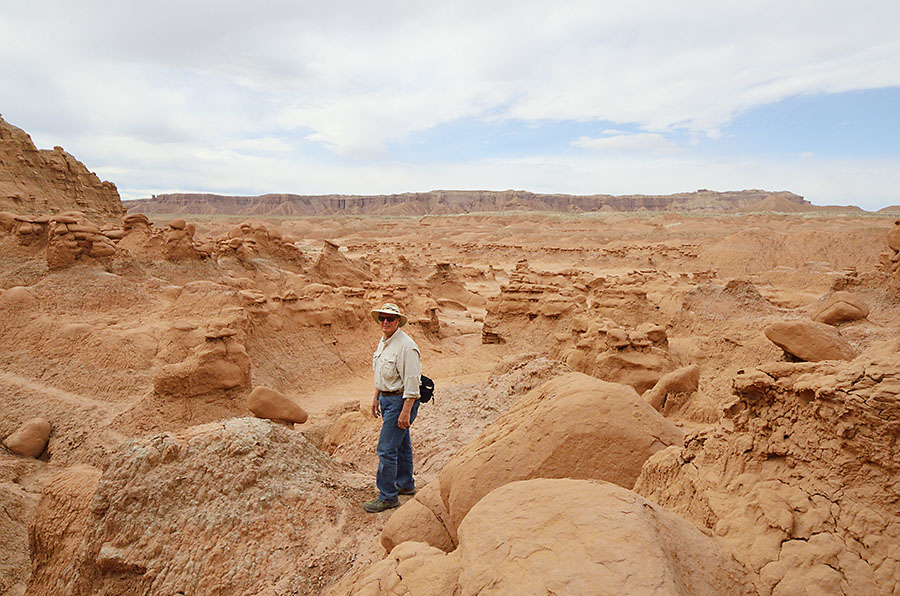 On this trip our campground was a 45 minute drive from Goblin Valley, but after dinner one evening we thought we might get skies clear enough for some nice sunset light, and we were glad we drove all the way back out there. 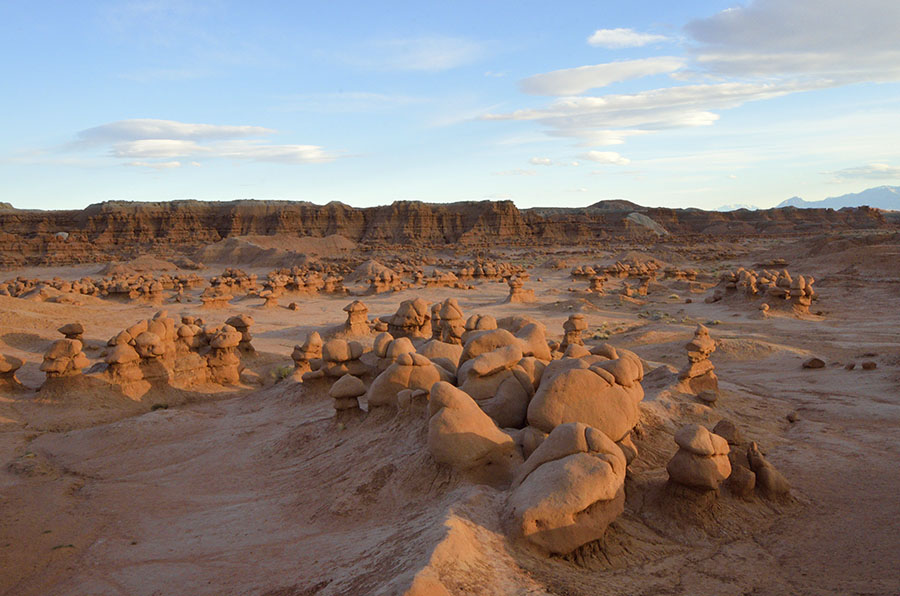 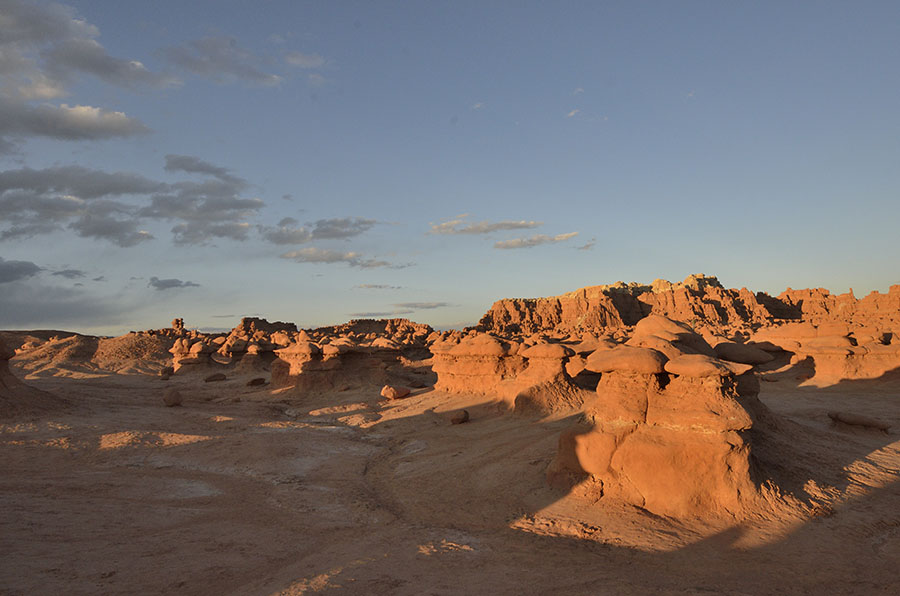 We spotted some small herds of pronghorn as we traveled in southern Utah, and were lucky enough to get close to some near the park entrance. 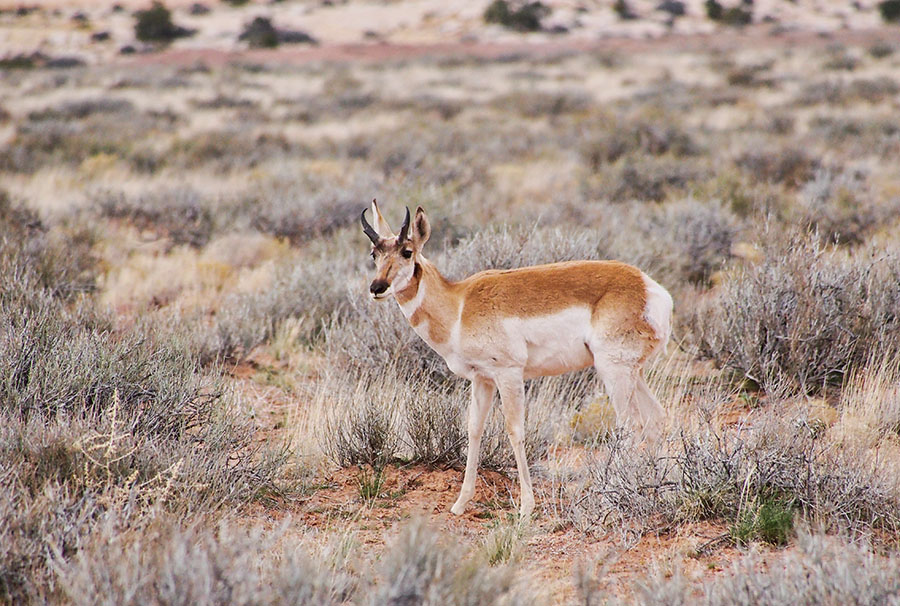 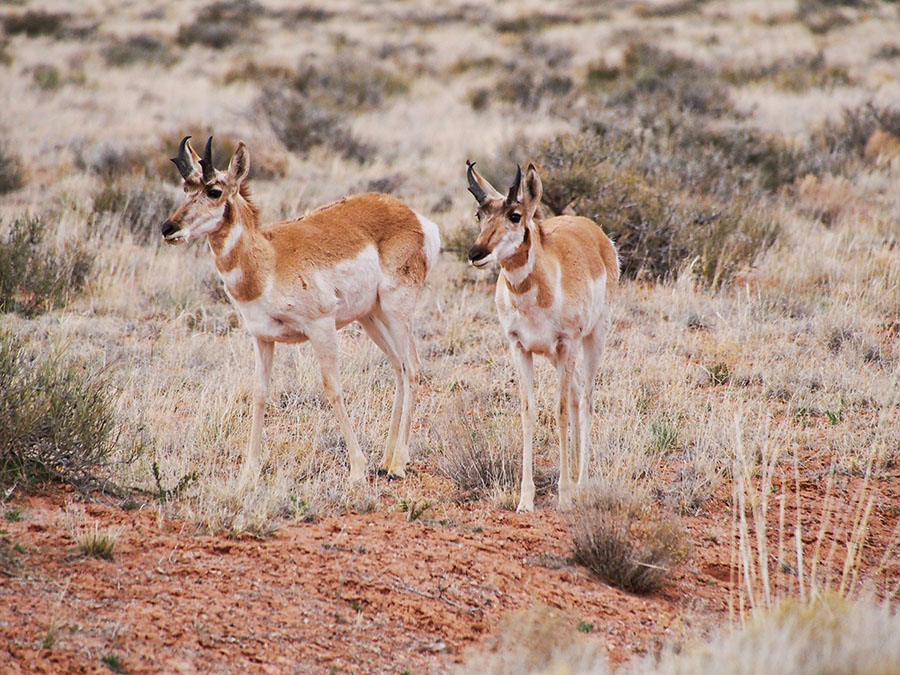 I know I keep calling so many places “favorite”… but who says you can only have one? 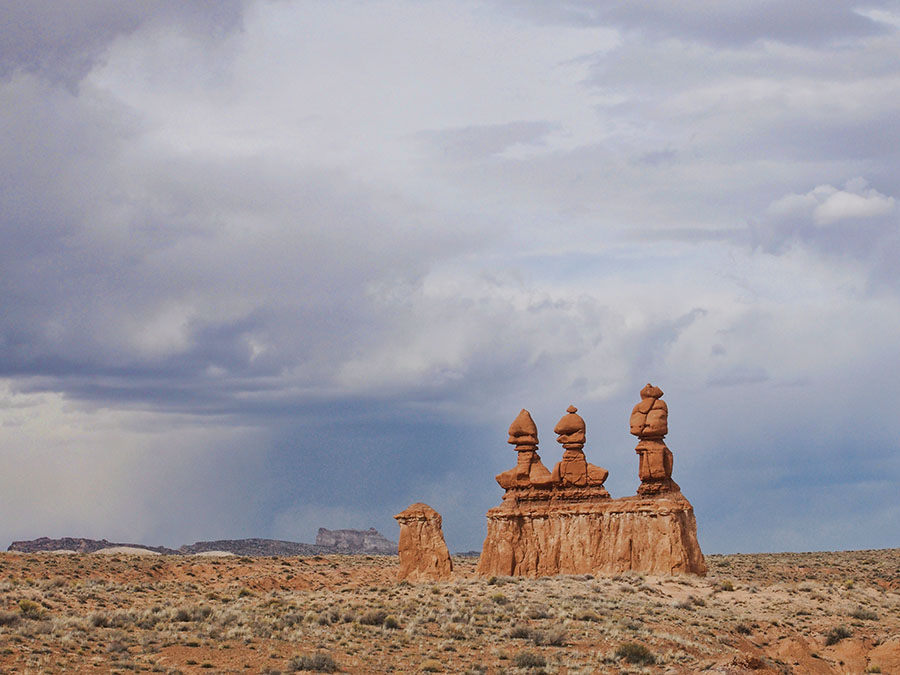