Spending time catching up with our boating friends Mary and Bill was a real treat, and we especially enjoyed seeing some familiar New England places through the eyes of locals.  After our perfect day at Mystic we headed to the corner of Narragansett Bay and Rhode Island Sound for a picnic lunch. 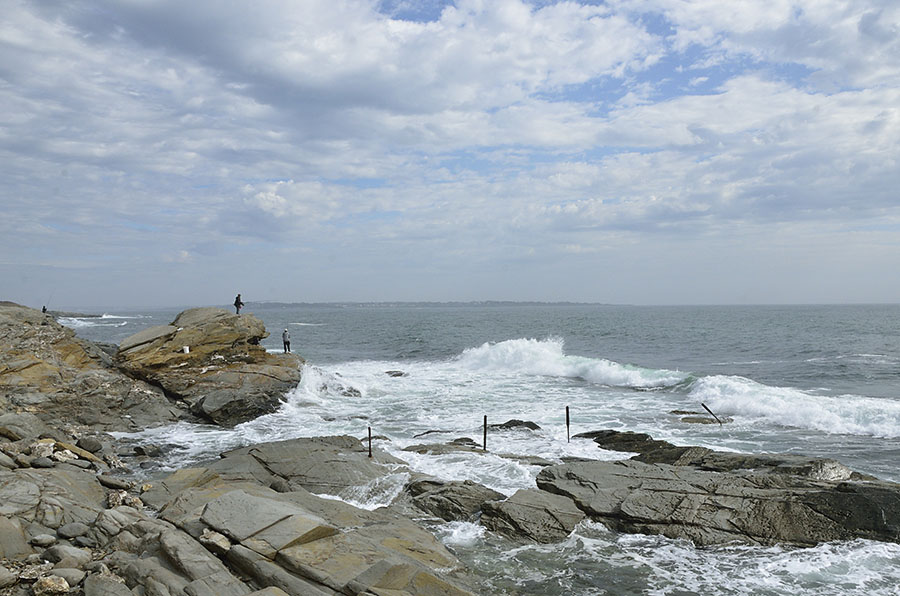 Fortunately the winds were light so the breakers weren’t too frisky, but it was fun to imagine what it would look like there on a stormy day!  We’re “water people” at heart, and it felt good to sit by the sea and look out on waters where we’ve traveled with ADVENTURES.  After our picnic we headed over to Newport, RI – a very pretty town, though on our previous stops we always found it to be too expensive and crawling with arrogant young racing sailors.  We were thrilled to have our friends show us a different side of things – the Cliff Walk. 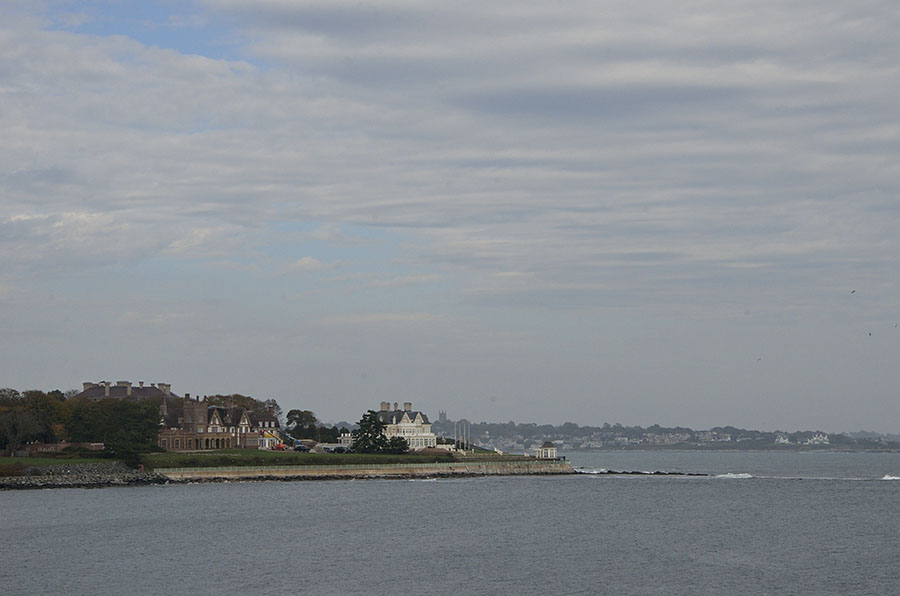 Newport is famous for its mansions as well as for sailing, and the Cliff Walk is a public easement along the rocky shoreline in front of many of the amazing mansions. 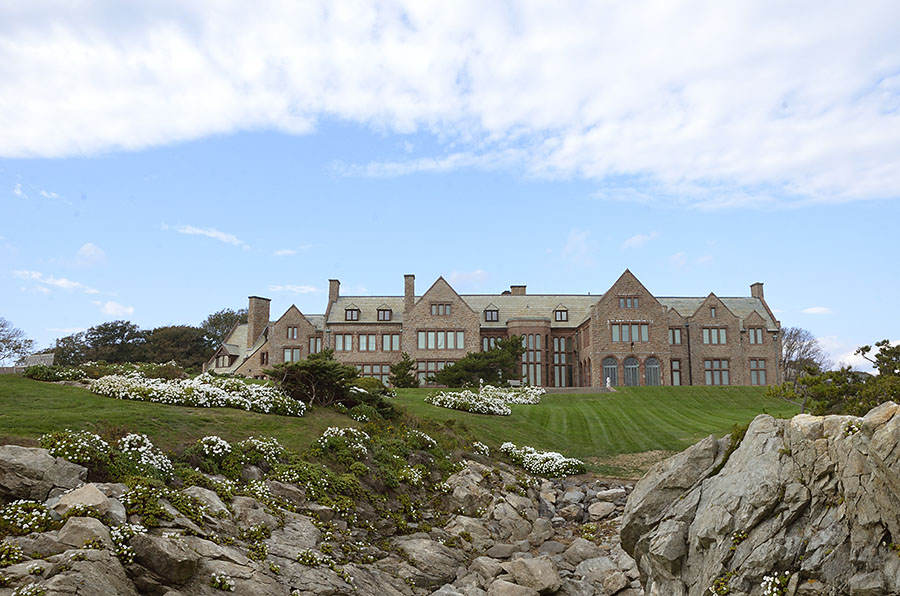 Once again we had a perfect day to enjoy the views since a more typical autumn day could bring cold wind off the ocean and crashing breakers that would get the trail wet.  The mansions were amazing – such varied styles and sheer numbers of them!  Many were under renovation now that the summer season is over and the wealthy families have retreated to warmer climes.  It’s a great trail – sometimes level, sometimes paved, sometimes comprised of huge boulders, even a tunnel, but always a great view. 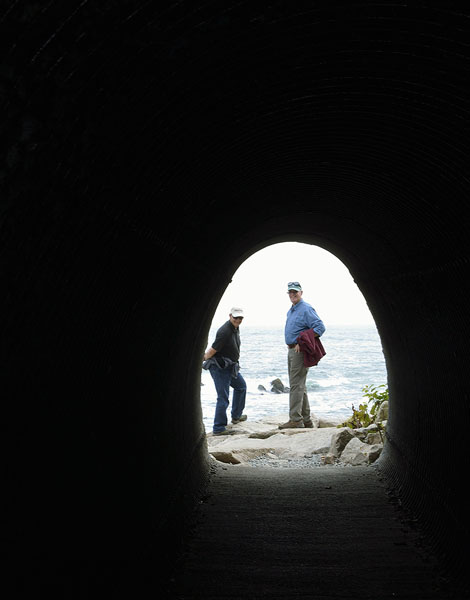 The tide was going out so we could see all the rocks just off the shore – treacherous to navigate in the days before we had good charts! 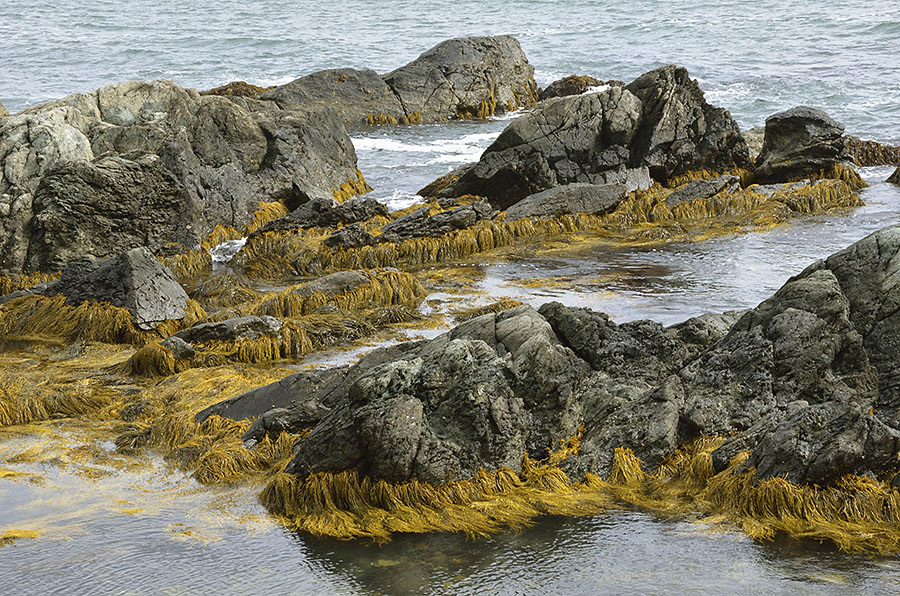 It was another perfect day, ending with a walk on the beach in Narragansett – amazed at all the locals who were swimming in that chilly water!

But we were in Rhode Island to see Mary and Bill for another reason – to go to the shores of the Hudson Bay in Canada to see polar bears! 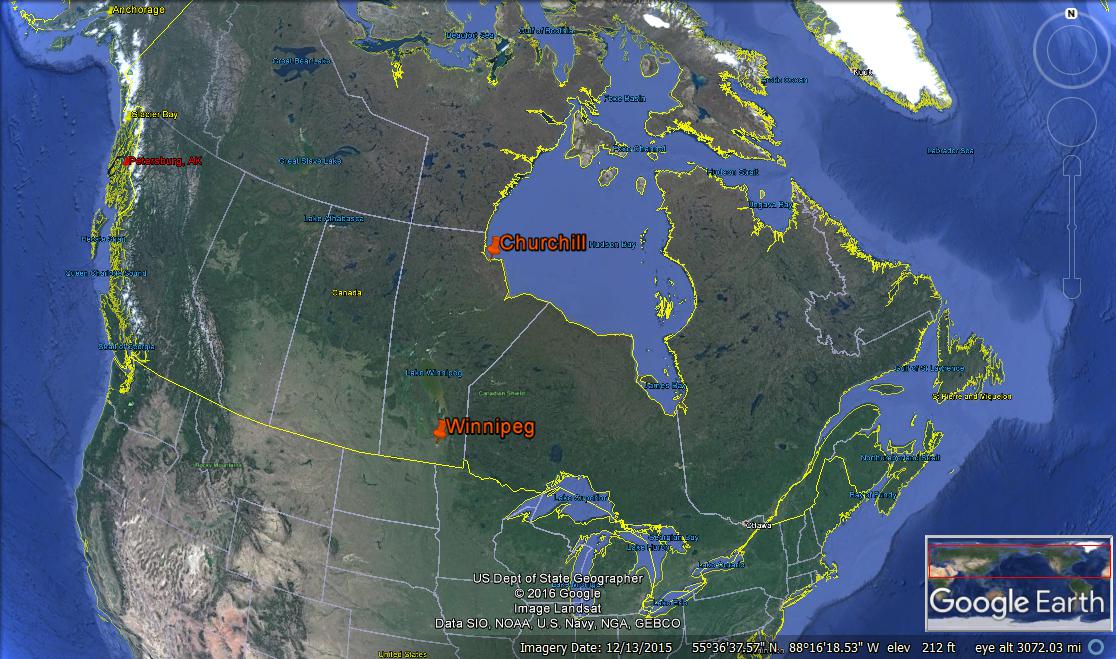 The title of this post mentioned bison, not polar bears… so let me explain.  One of the southernmost places to see polar bears is Churchill, Manitoba on Hudson Bay.  Churchill sits at a little notch in the land where the sea ice forms earlier than on any other part of the Bay.  Polar bears live on the ice – that’s where they hunt for their primary prey (seals), and they congregate near Churchill at this time of the year waiting for the ice to form.  We’ve always wanted to see polar bears and happily discovered that Mary and Bill did too.  To make it more interesting, Mary lived in Churchill for 2 years as a young girl since her Dad was doing research for the Army there.

In order to get to Churchill, we have to fly to Winnipeg (the orange label in the middle of the map).  Winnipeg sits on the prairie and is a crossroads for trading, with the Red and Assiniboine Rivers converging there, as well as railroads.  We spent an extra day to tour the city and learn a little more about the area… and one extra day was not enough!  The Forks (where the two rivers converge) was interesting – a place where aboriginal people have been meeting and trading for over 6000 years, later joined by Scottish settlers, European fur traders, railroad workers, buffalo hunters, and many other immigrants. 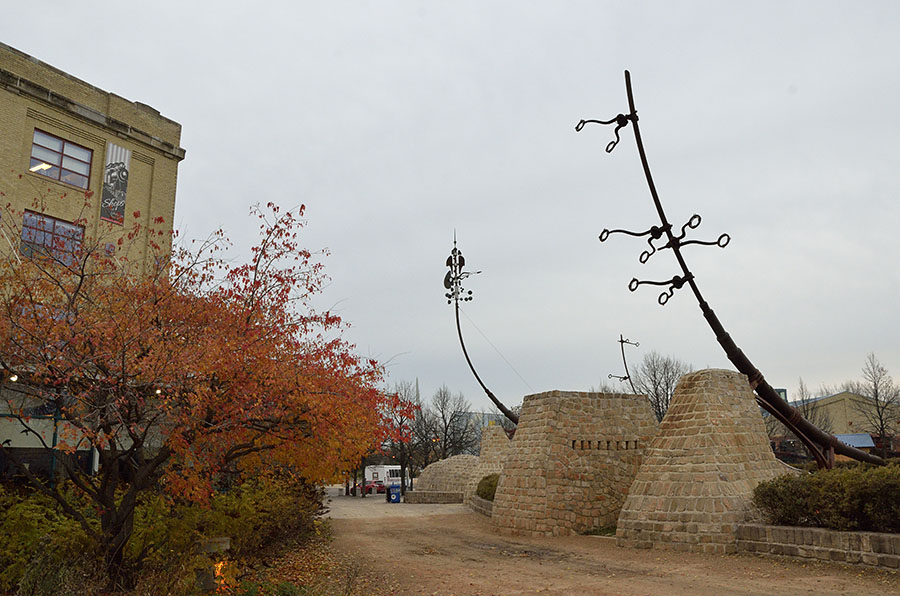 The National Human Rights Museum is located in Winnipeg – a dramatic building that we didn’t have time to visit.  The Manitoba Museum is terrific – we could have spent several days going through it all.  We learned about the French side of town, and saw the edifice that remains from the St. Boniface Cathedral which burned down in 1968. 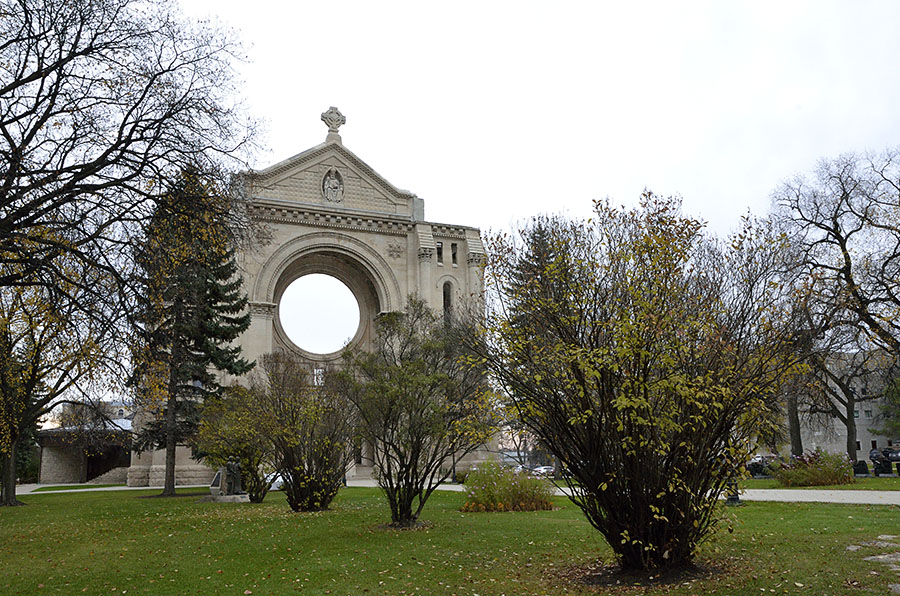 We stopped to see the Provincial Legislature building – very pretty, with huge bison sculptures in the lobby and a beautiful dome. 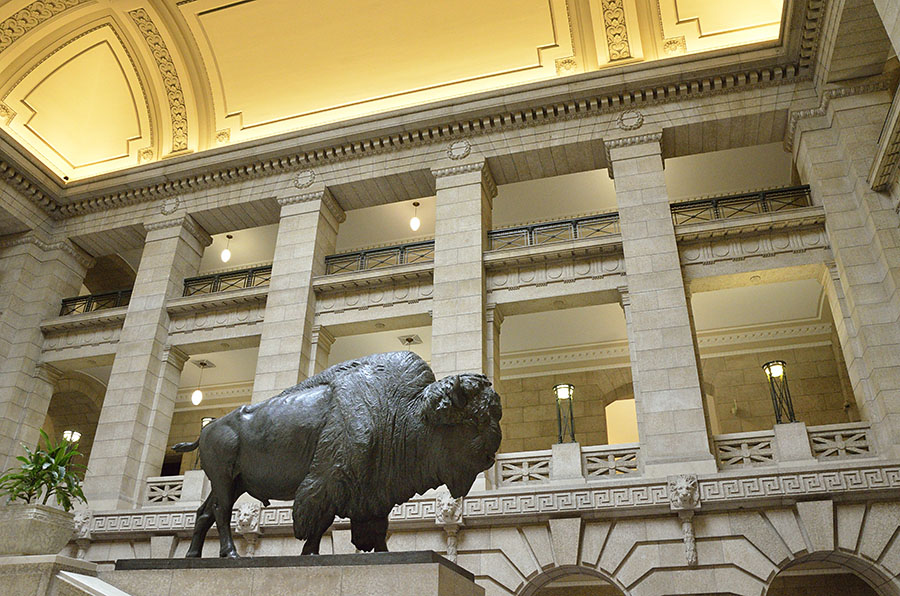 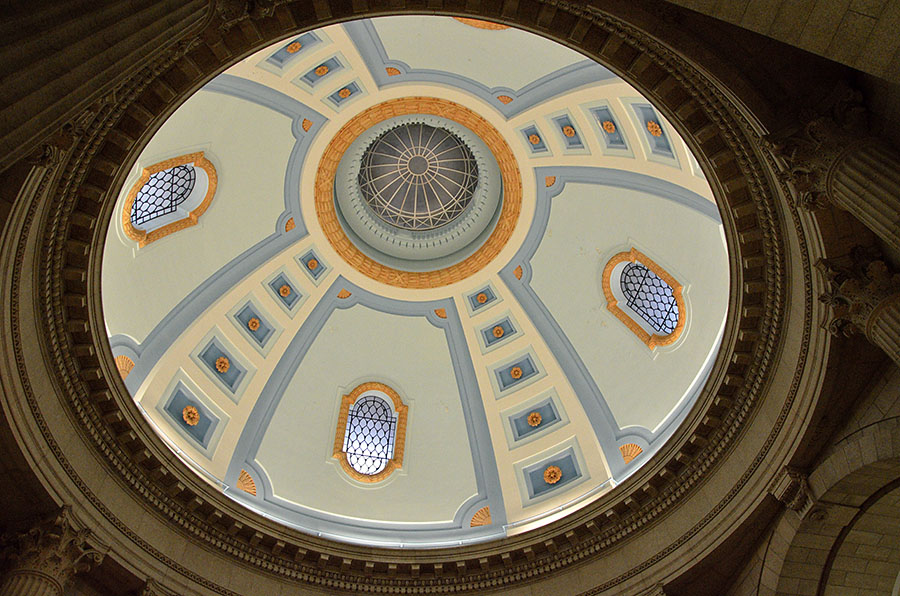 And because bison were so important to the history of the region, we had to see some real ones.  This herd is habituated to a small bus that visits their field.  They really are massive creatures! 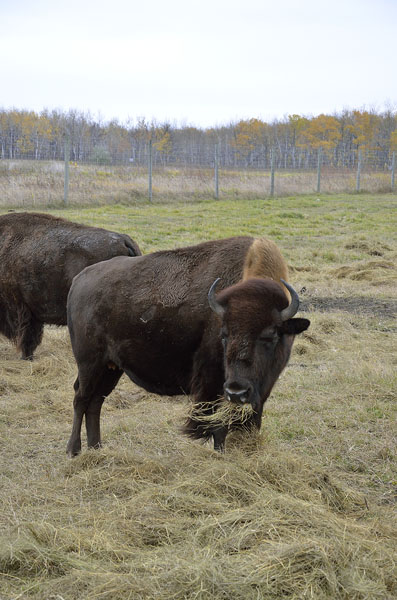 And I particularly liked this one – dare to be different! 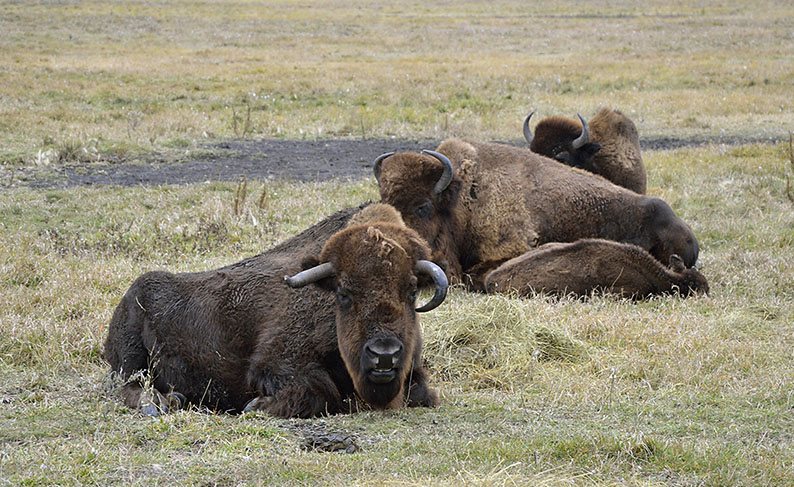