After all the excitement dodging icebergs we headed up to Taku Harbor, about 20 miles south of Juneau.  Taku was the site of a Hudson’s Bay Company trading post starting around 1840, and later became a salmon cannery around 1901.  It’s interesting to see the pilings and some rusted remains of the old cannery on shore. 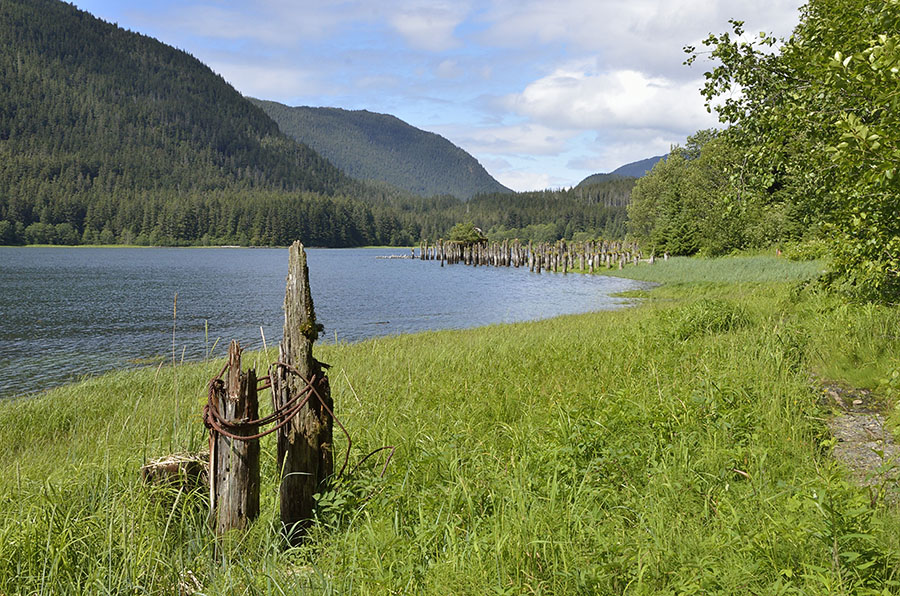 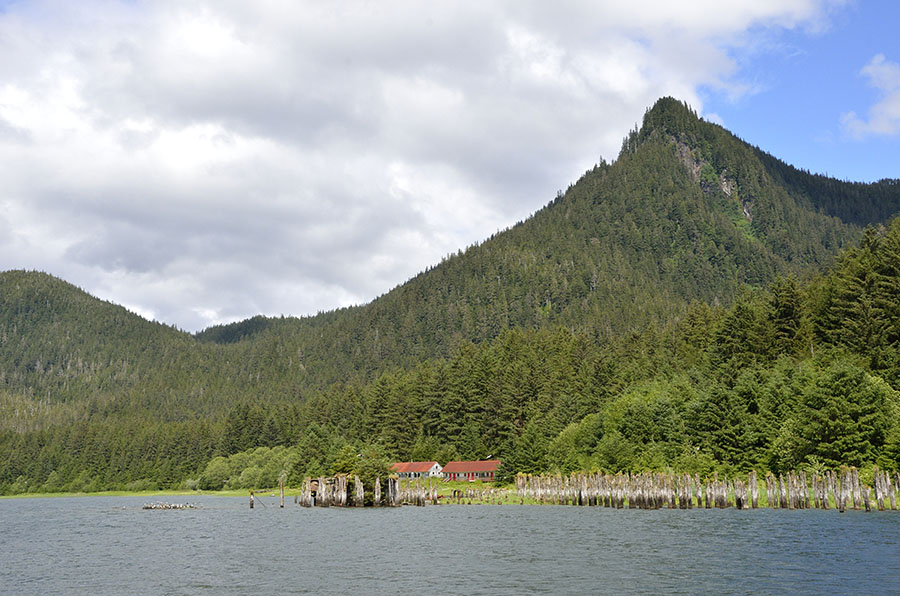 We had a beautiful sunny day, a nice change from the somewhat monochrome look of the overcast weather we often get here.  A month ago, boating friends saw some brown bears mating on the beach at low tide, so as always we were prepared for bears and we clapped and talked loudly as we explored ashore.

The wildflowers were in bloom, and the salmonberries and cloudberries were just starting to ripen. 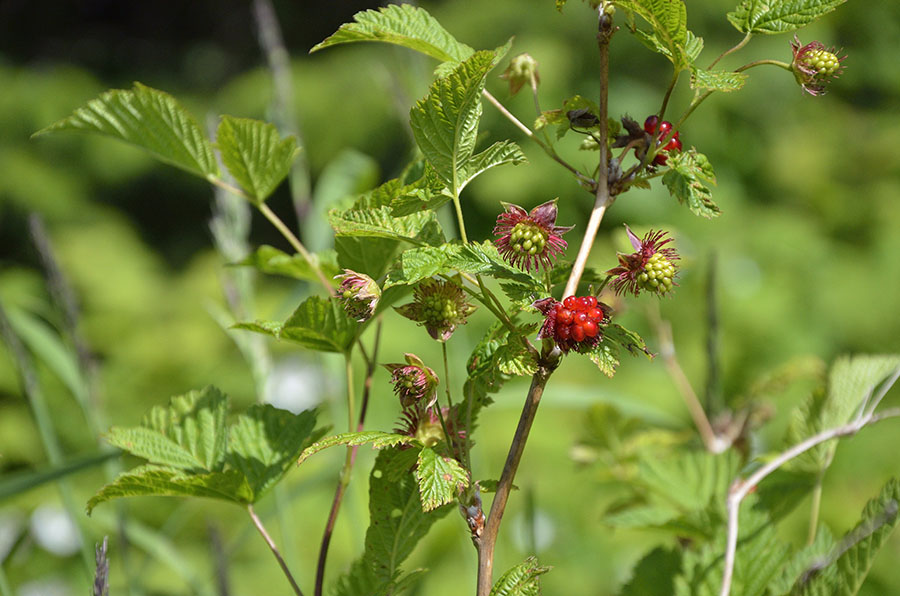 The bachelor’s button flowers were a carpet of purple…

…and we saw liverleaf wintergreen, and plenty of tiny forget-me-not – Alaska’s state flower. 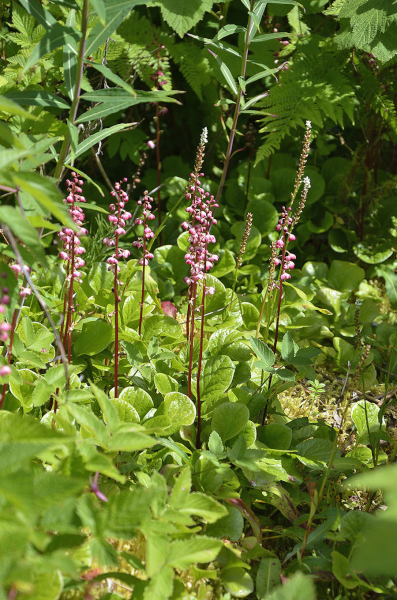 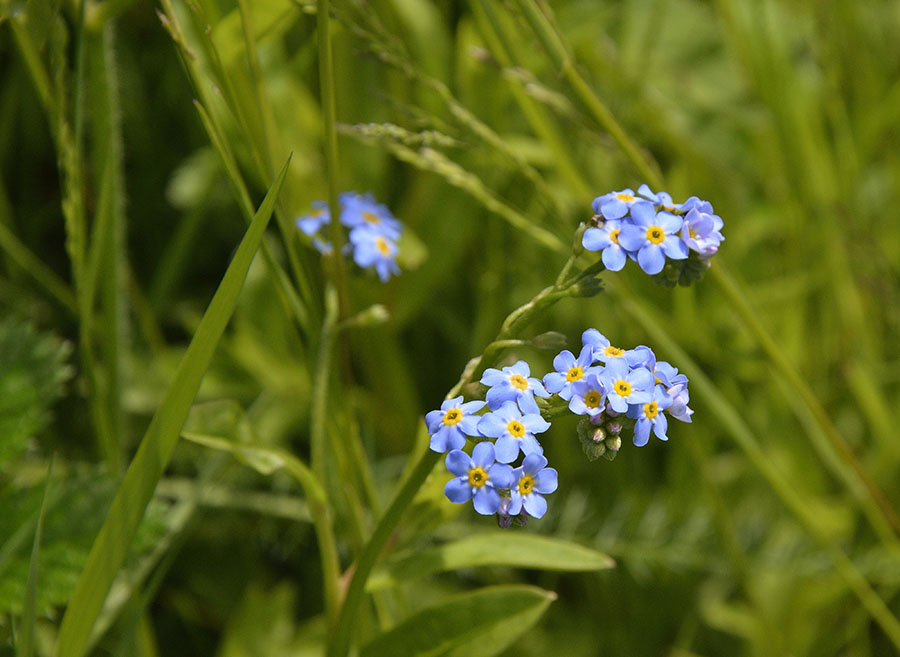 The flowers were certainly beautiful, but the highlight of our stay in Taku Harbor was the humpback whales feeding in the harbor at the beginning of every flood tide.  It was wonderfully crazy – 4-5 whales all around the bowl-shaped harbor, diving and either lunge feeding against the shoreline or blowing a “net” of air bubbles to encircle herring, swimming up through the middle of the “net” with their mouths agape. 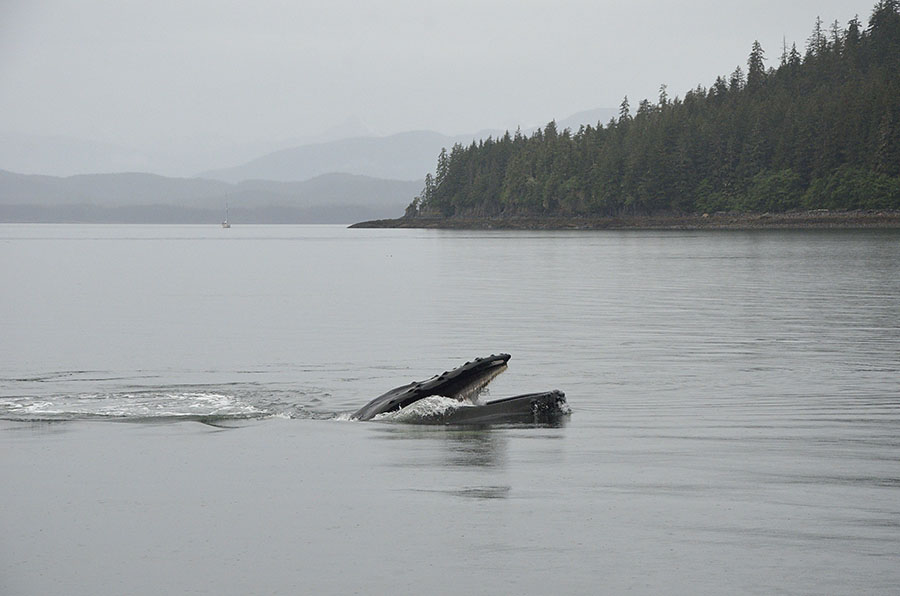 This feeding behavior went on for a couple of hours at the beginning of each flood tide, though where the water was deep we didn’t have much warning about where the whales would erupt next.  It was great to watch, but very frustrating to try and photograph.  We had whales come up 20′ behind our boat once, and about 30′ off the side several times.  The sound of their “blow” (exhale) is quite loud, and when they blow close by it sounds like they’re IN the boat! 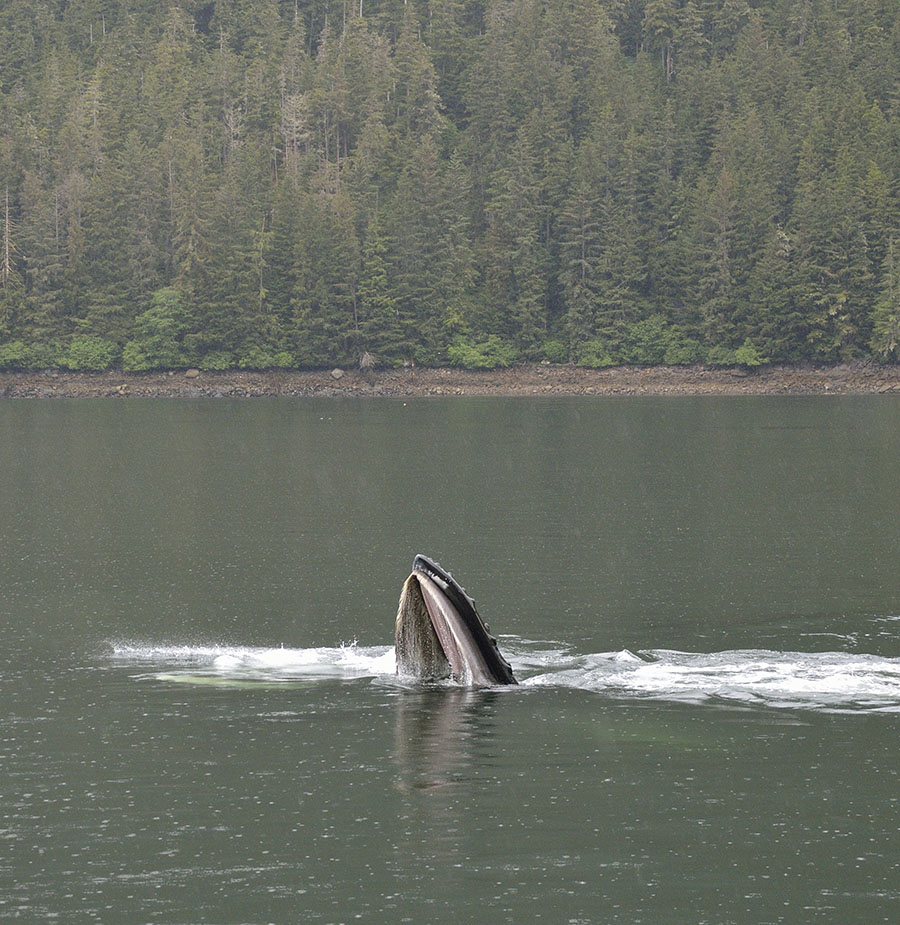 We lucked out one morning and had an extra-low tide, yet even with the very shallow water in the harbor the whales still arrived and started to feed as soon as the tide turned.  The shallow water made it much easier to see them under the water because their pectoral fins have a lot of white.  They couldn’t dive as deeply so we had a few seconds of warning when they were about to come up – giving us a good opportunity to get some better photos and video.  Our arms ached from holding binoculars and cameras up, but it was wonderful to watch the whales so closely.

Jim put together some video of the shallow water feeding, and you can often see the whales making tight turns to herd herring just under the water – look for the white pectoral fins.