…well, almost.  Petersburg is widely known as Alaska’s Little Norway, and it wasn’t that many years ago when it was normal to hear people speaking Norwegian walking down the street.  With a strong heritage it’s not surprising that Petersburg celebrates Syttende Mai – Norwegian Constitution Day – in grand style.  In Norway it’s typically a one day event, but in Petersburg we celebrate for four days!

The Little Norway Festival attracts people from many places, though the festival is really by Petersburg, for Petersburg… a chance for anyone and everyone in town to channel their “inner Viking”. 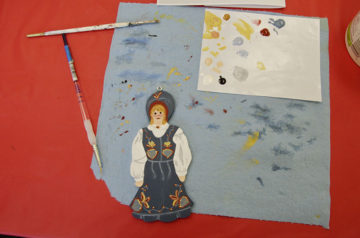 The schedule is packed with activities and events, starting with classes to learn rosemaling – a decorative painting technique.  I took the class last year as well, and continue to be reminded that my use of paint should be restricted to things suitable for a 2″ brush.  (The doll had been pre-painted – I was just adding colorful accents.)

Next up was the popular Bunad Style Show which is a fashion show for the traditional folk costumes of Norway and other parts of Scandinavia.  Unlike a lot of traditional garb in other countries, bunads are still worn in Norway for formal occasions such as weddings and christenings. 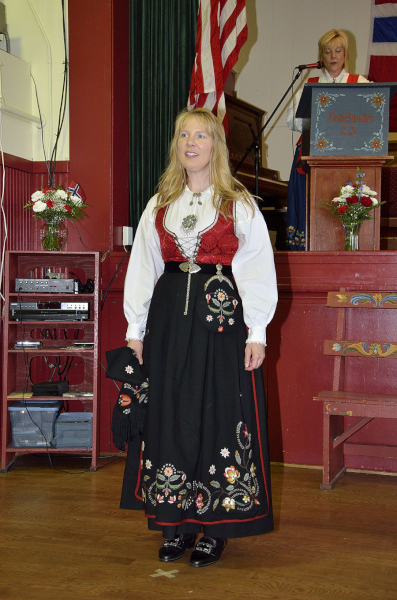 The detail of these costumes is amazing, with elaborate embroidery and jewelry. 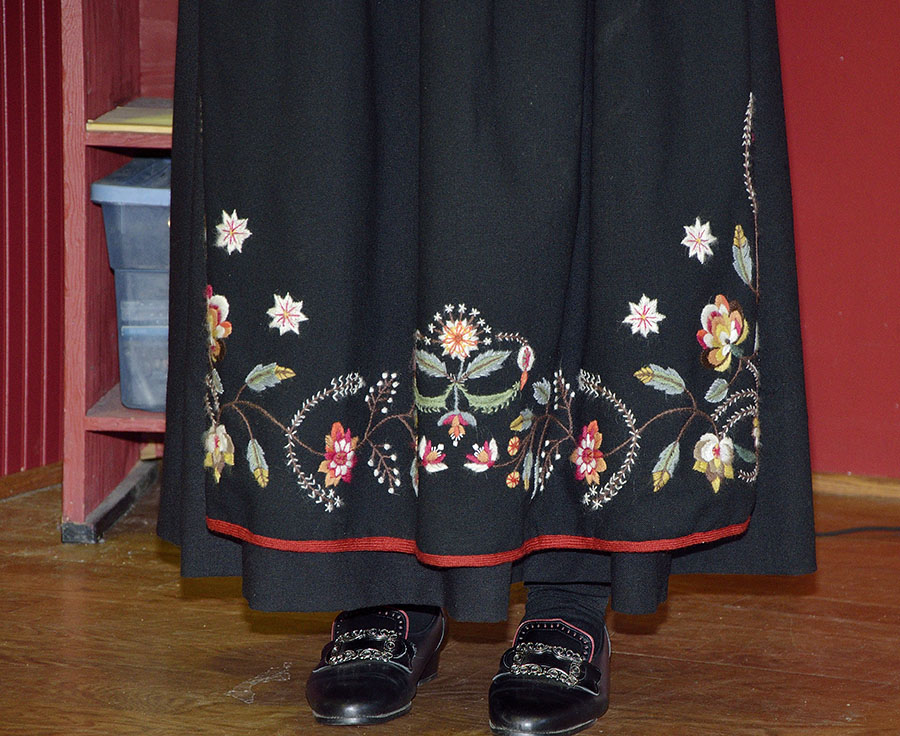 A bunad can take one to two years to make because of all that embroidery, and many of the bunads in town have been made by our Harbormaster Glo, a few by the ladies themselves, and a few have been purchased in the old country. 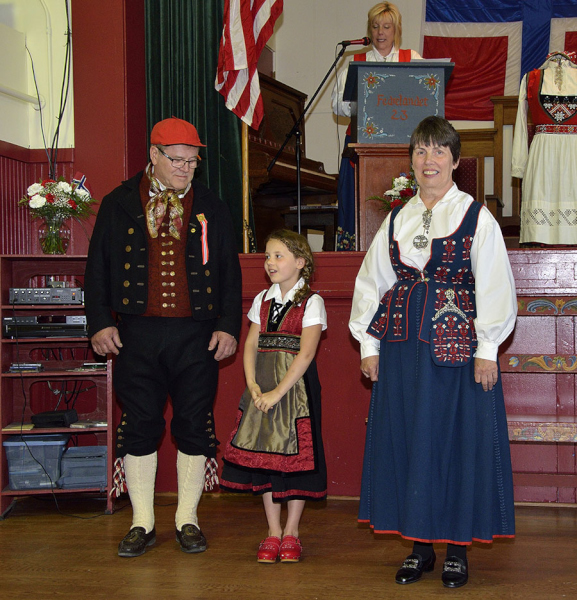 We saw about 75 different costumes for men, women, and children.  The children’s bunads have cleverly hidden ways to adjust them for size as the child grows. 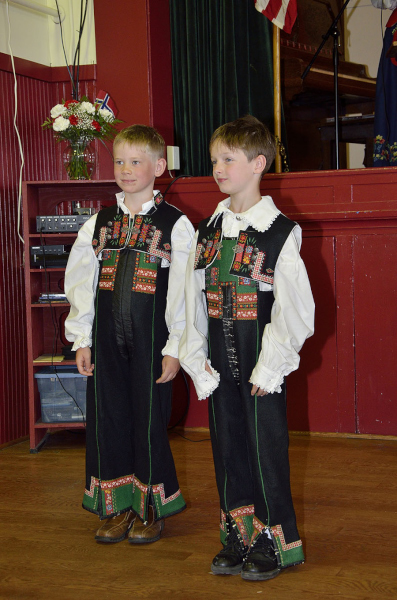 …but not all of the models were happy about it… 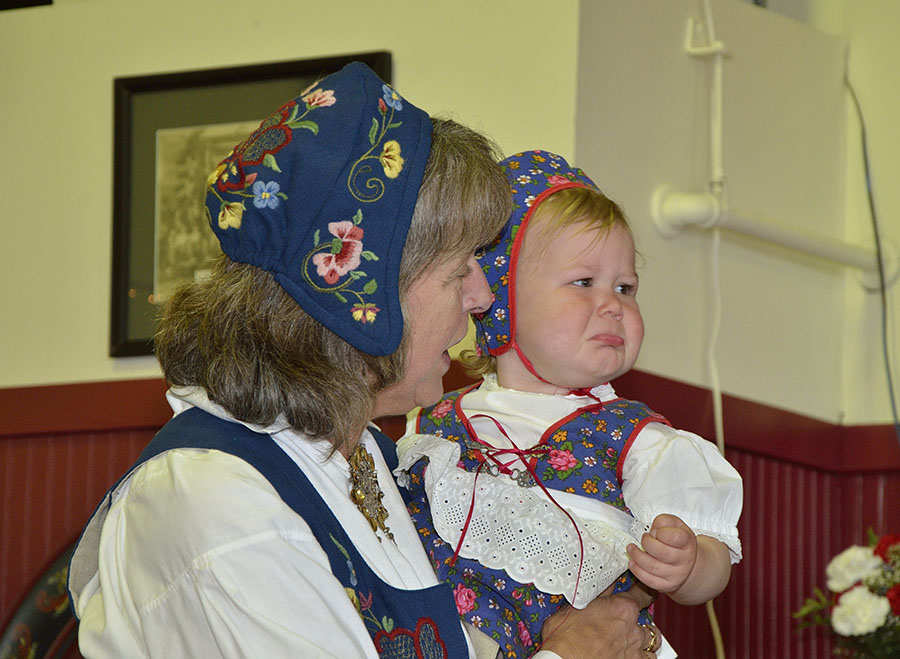 …and the vikings and valkyries weren’t happy that they weren’t included, 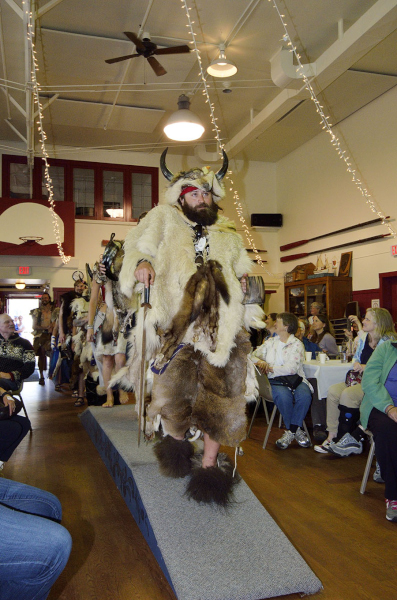 so they crashed the party!

The Norwegian Ambassador to the US was visiting Anchorage recently, and he adjusted his trip so he could check out Petersburg’s festival.  The committee made a special gift for him to aid him in his international negotiations:  a sign that says “Make Lefse, Not War”. 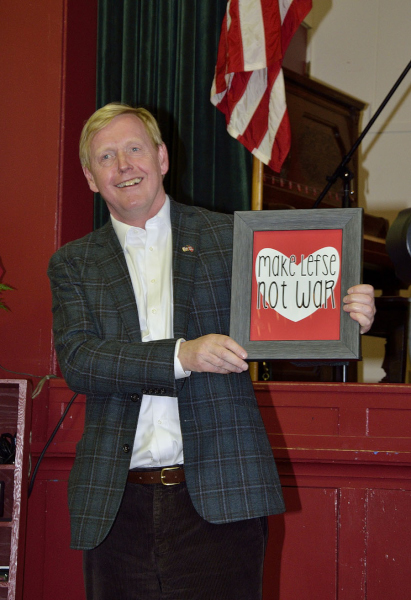 Lefse is like a Norwegian crepe that can be filled with a variety of things, though butter and cinnamon sugar are local favorites.  Whenever there’s a pot luck and someone brings lefse, you better grab some quickly since it always vanishes first.

Alaska’s Governor also came to town for a day to enjoy the festival and we noticed he took the Ambassador to negotiate with the vikings and valkyries around town.  The negotiations must have been successful since they let the Governor ride with the viking ship in the parade. 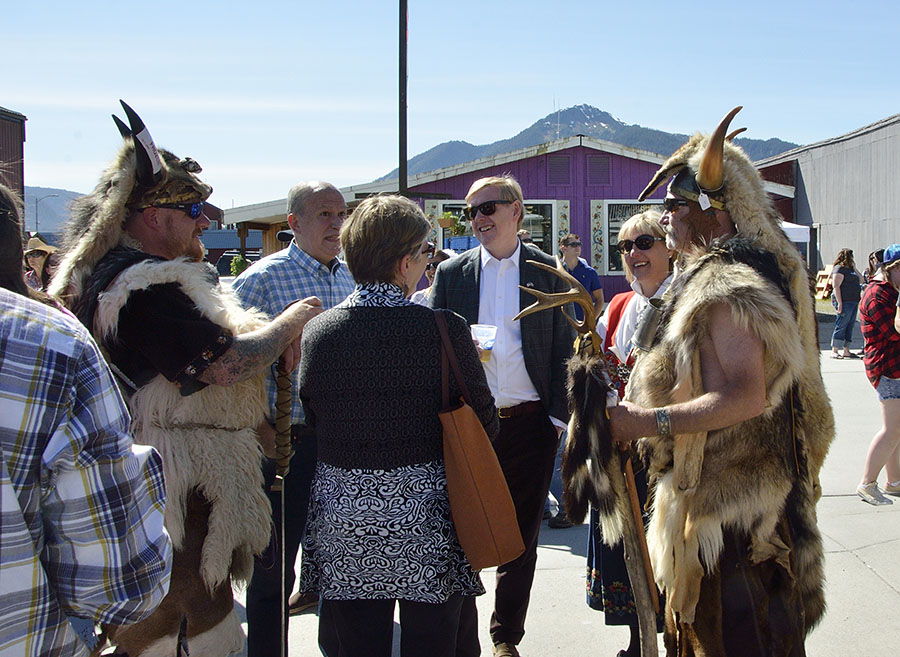 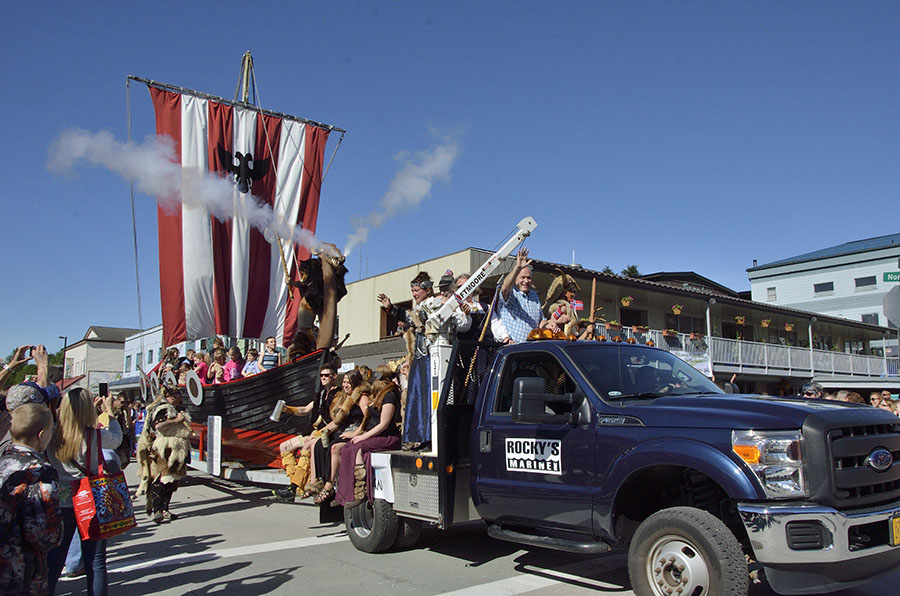 Through connections with a local friend, we were treated to a visit by an internationally known harp player from Mexico, Cristina Cabrera, and she rocked out on her harp riding a flatbed truck in the parade and made friends with the vikings and valkyries. 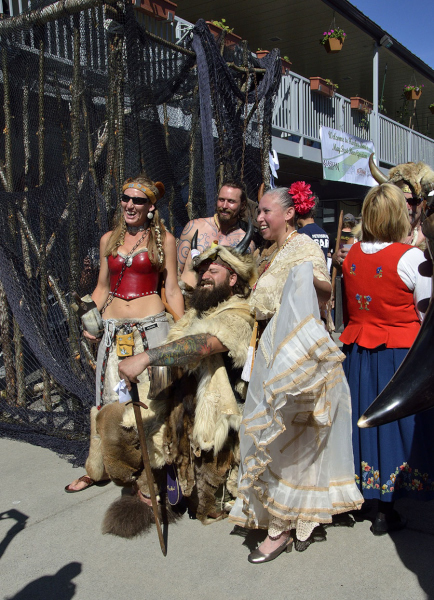 She later gave two concerts in a more intimate setting and we were amazed at the range of her performance and the skill and passion of her playing. 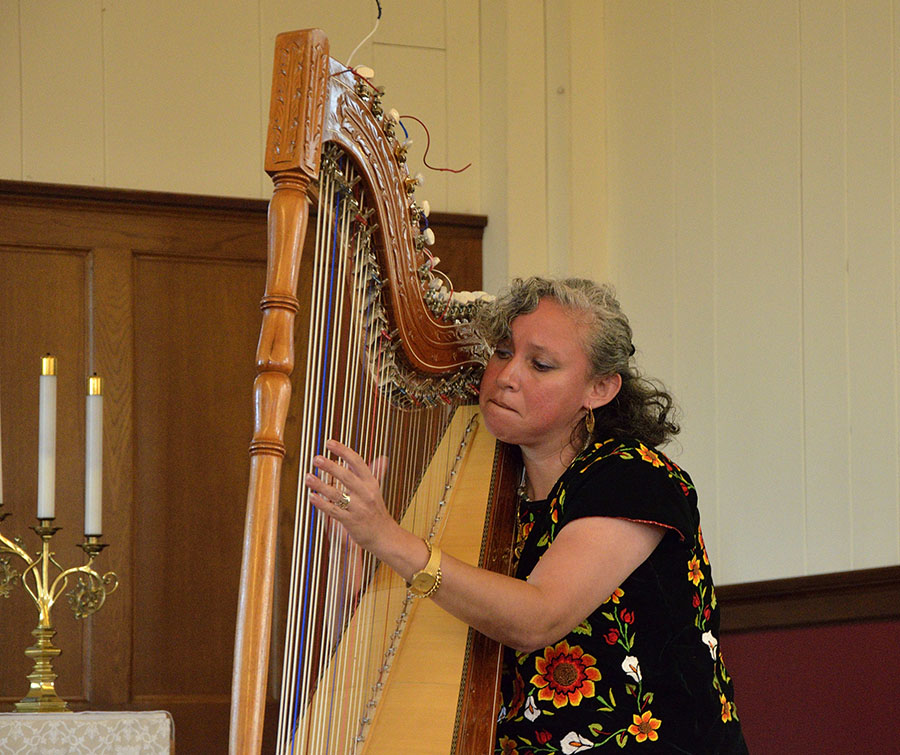 There was a funky puppet show kind of play done by a group from Haines, and the show and props were specially made for their Petersburg performance – it was about a Norwegian fisherman in the belly of a whale (what else could it be?).  And if a Mexican harpist or puppeteers didn’t interest you, there was roller derby featuring Petersburg’s own Ragnarok Rollers. 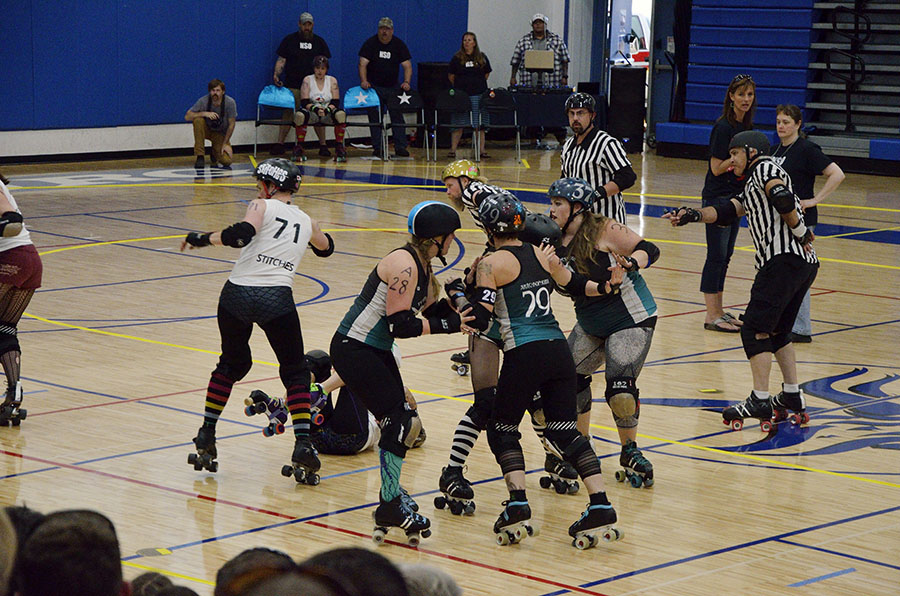 The final pageant was disrupted when the vikings and valkyries (once again, irritated because they weren’t invited) crashed the party and kidnapped our mistress of ceremonies.  (I hate when that happens.) 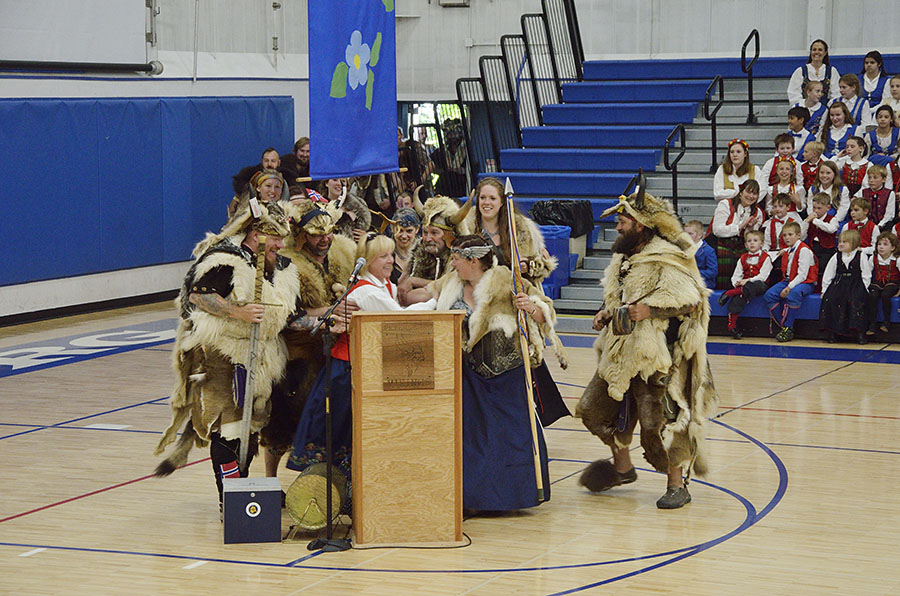 We were treated to Norwegian dancing by the youngsters – three different age groups, though the youngest are my favorite.  They entertain tourists who stop in Petersburg on some of the small ships in the summer, showing off a little Norwegian heritage. 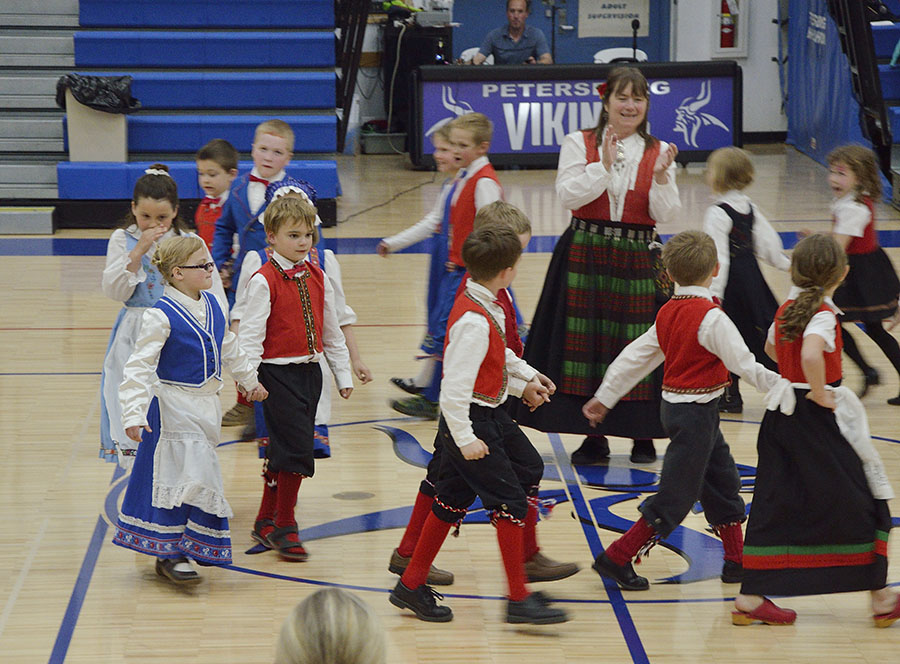 We were lucky to have glorious weather for the festival, and we had a marvelous time at all the events.  I was recently looking through old photos and I found a picture of my Dad standing in front of Petersburg’s viking ship taken in 2000 when my parents took the Lindblad small ship cruise in southeast Alaska.  Dad’s grandfather came from Mandel, Norway – a salmon fishing town, and it feels like I’ve come full circle to live in a little out-of-the-way place that my parents once visited, and that my town is also a salmon fishing town. 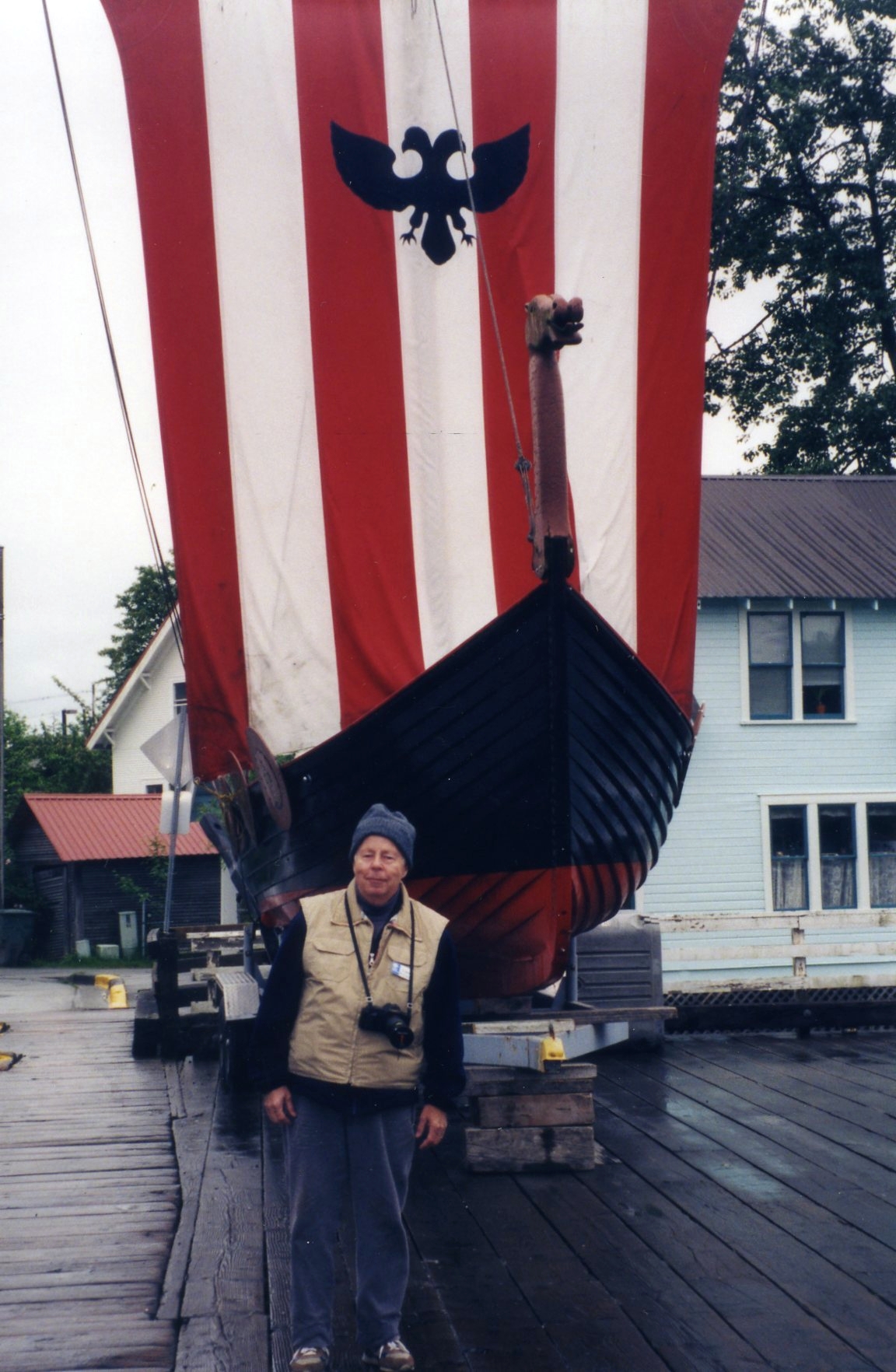