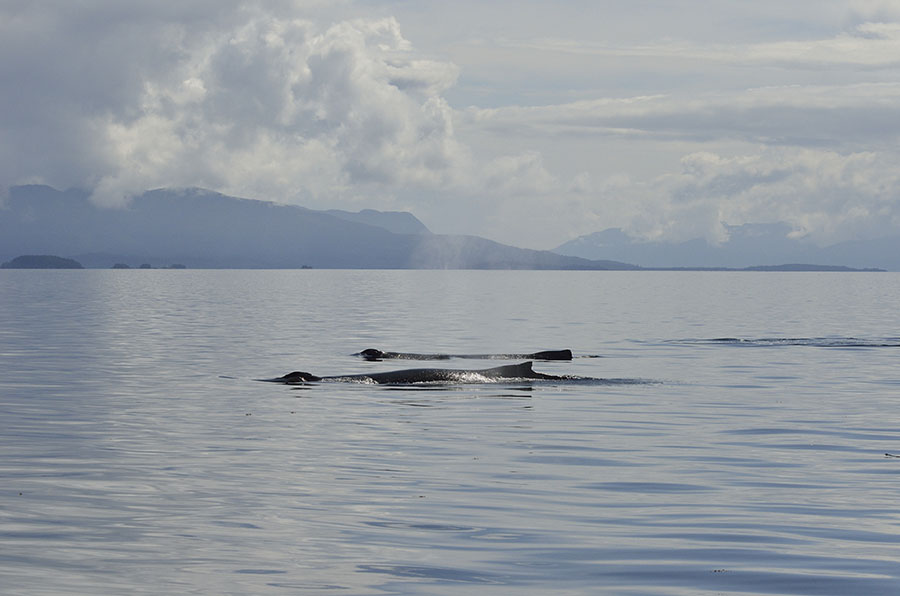 The humpback action in Frederick Sound and the southern end of Stevens Passage was mind-blowing – we saw literally dozens and dozens of whales in every direction.  We had to stop the boat twice to avoid hitting a whale that appeared right in front of us.  We also saw a few more orcas, including one that was harassing a humpback. 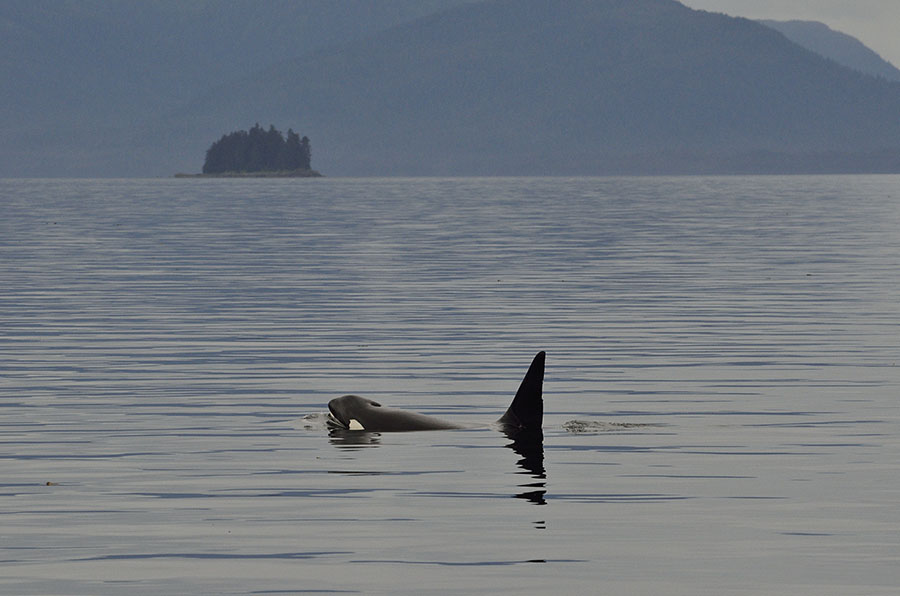 We paused a few times to watch whale action close to us, but after the weather delay in Red Bluff Bay we were on a mission to get to Tracy Arm to see some glaciers. 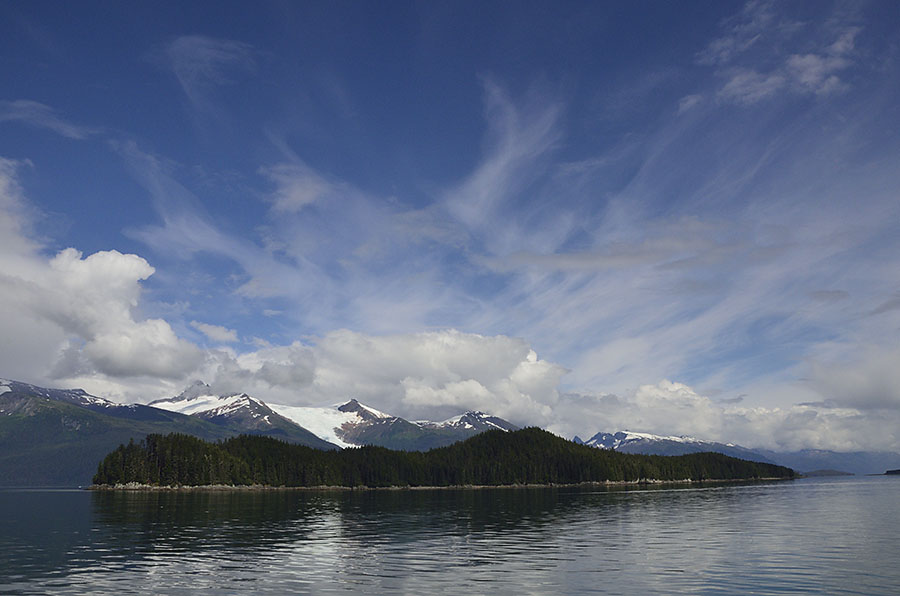 Greeted by a lone tufted puffin near the shallow bar that marks the entrance to Tracy Arm, we headed to our anchorage and admired the beautiful backlit chunks of ice in the water. 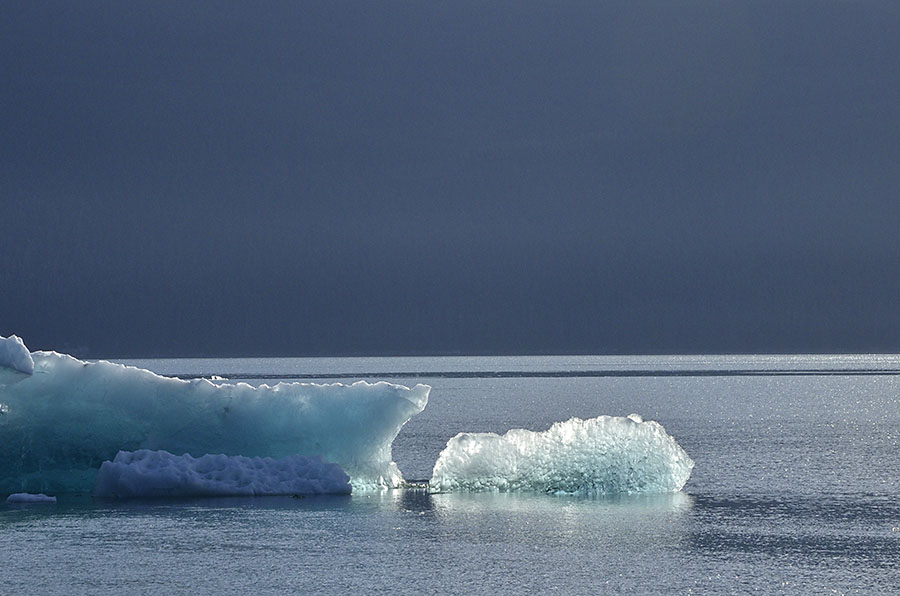 We’ve heard that Tracy Arm has a lot of ice in the water up at the head, making it an iffy proposition to see either of the Sawyer glaciers.  We talked with a fast tour boat who just came out of the Arm and he reported that the ice was thick but passable with care.  Ice in the anchorage wasn’t too much of a problem overnight, and we were excited to head up the Arm the next morning to see what adventures lay ahead of us.  We spotted a lone male orca cruising along the steep shoreline first thing, and alerted a cruise ship that was southbound ahead of us so they could get a look at him too.

Despite the increasing clouds, we had a beautiful day for the run up the Arm, encountering big chunks of ice as we progressed farther in.  It was a LOT more ice than we saw here last season – we had to navigate carefully, especially watching for small pieces of clear ice that are hard to see.  The reward?  Glaciers! 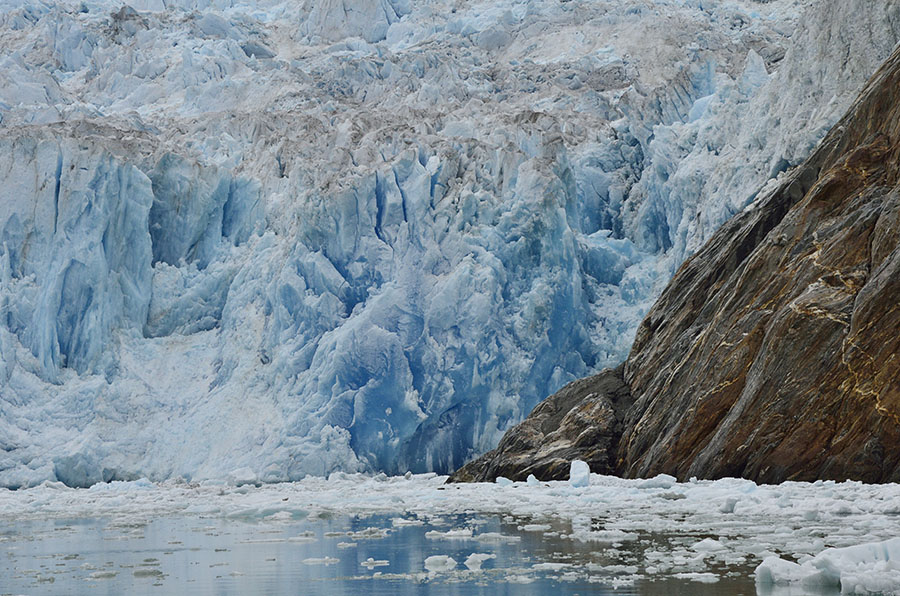 Both the North and South Sawyer glaciers are particularly blue – more so than the ice we saw in Glacier Bay this season.  The intensity of the color seems almost fake.  As we scanned the ice and listened to it crack and pop, we started to notice the large number of seals on the floating ice nearby. 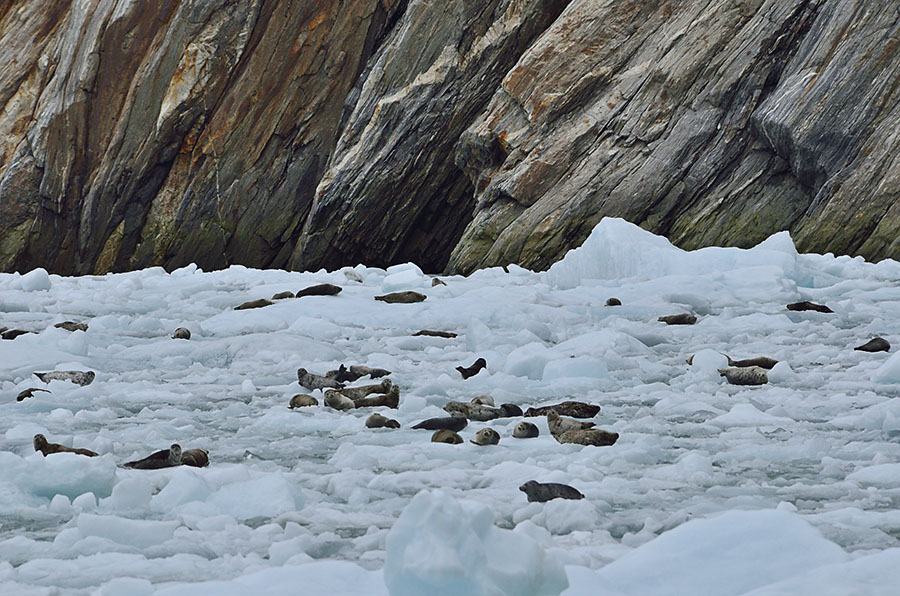 The thick brash ice kept us from getting too close, but it’s just as well since we don’t want to disturb the seals.  It took a bit of time to work our way towards the South Sawyer face, but we were able to get pretty close without bumping any ice.  Fortunately the North Sawyer was much more open and we could approach much closer to it, giving us time to really study the intensely turquoise areas on the face with binoculars.  Just before we turned to head back out, the North Sawyer graced us with a nice ice calve and a good size wave.  We love the many shapes and shades of color in the glacier and the bergs and bits that fall off into the water… just as long as we don’t bump into them. 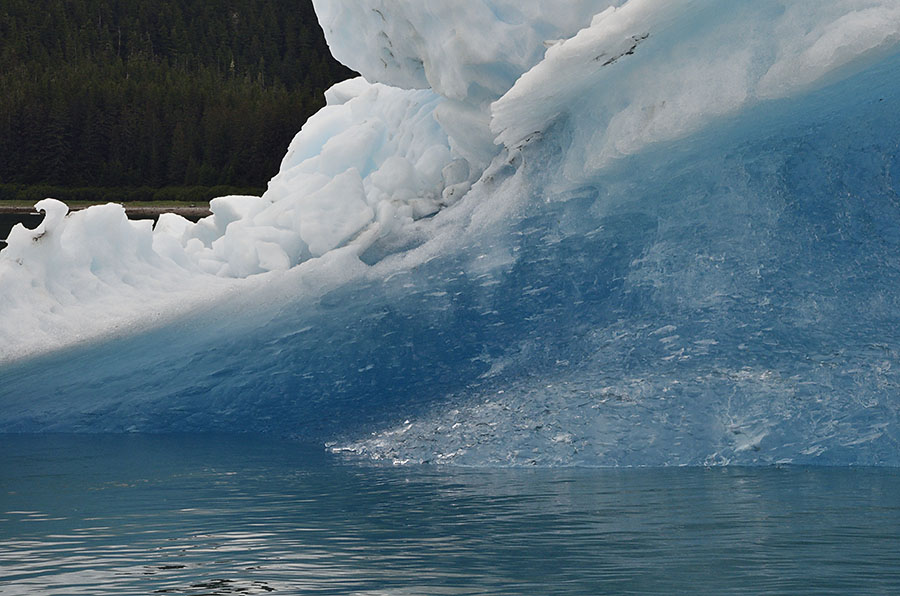 Near the mouth of Tracy Arm, where a shallow bar exists marking the terminal moraine of the Sawyer glacier, some large bergs were aground, giving us a chance to see one up close and personal.  This tour boat in front of us gave a great perspective to show how large this particular berg was. 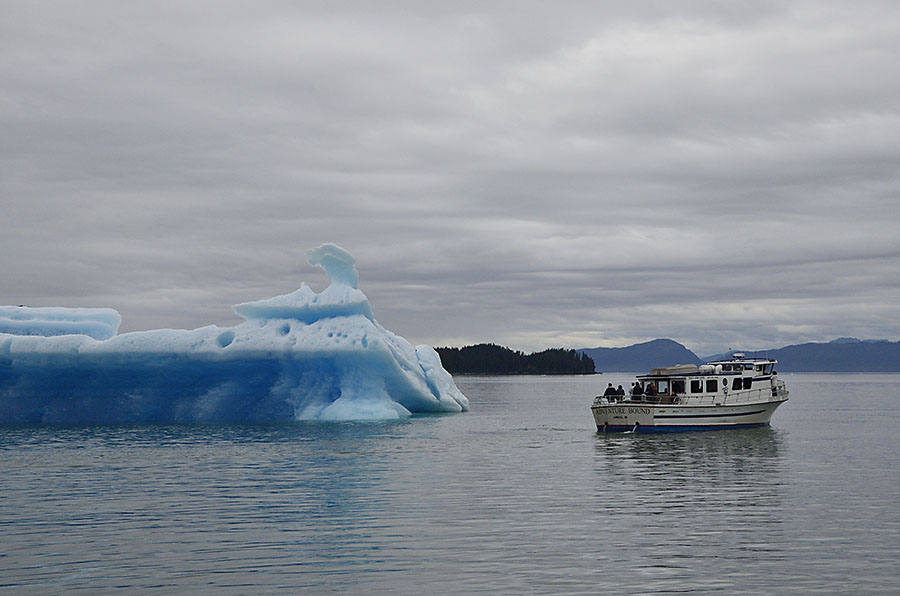 After a fabulous day with the ice we had to make some miles to get closer to Petersburg before we could anchor for the night. Some weather was moving in and we wanted to stay ahead of it.  Our reward for a long day was another whale show… which I’ll talk about in the next post.

5 thoughts on “Whales and Ice”