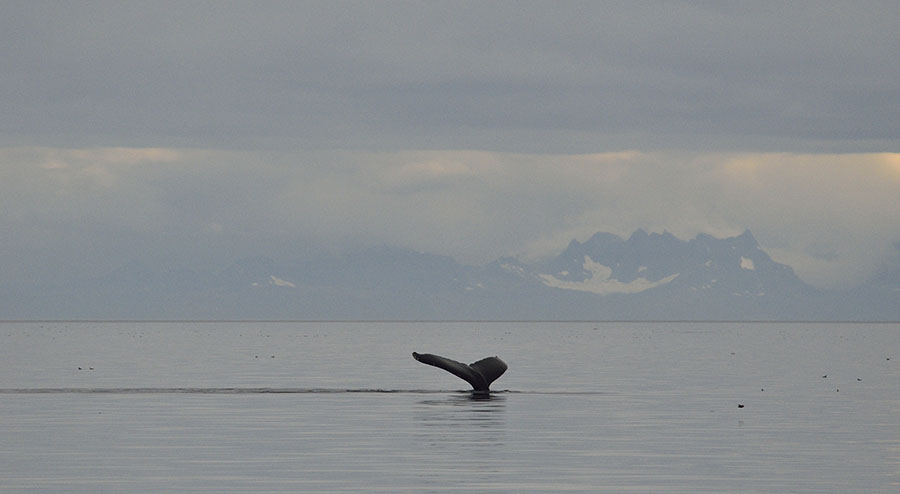 ADVENTURES headed south towards Cape Fanshaw to anchor for the night, running later into the evening to stay ahead of a big weather front that was approaching.  Once again we saw at least 40-50 humpback whales, blowing and diving in every direction.  Some popped up quite close to us… 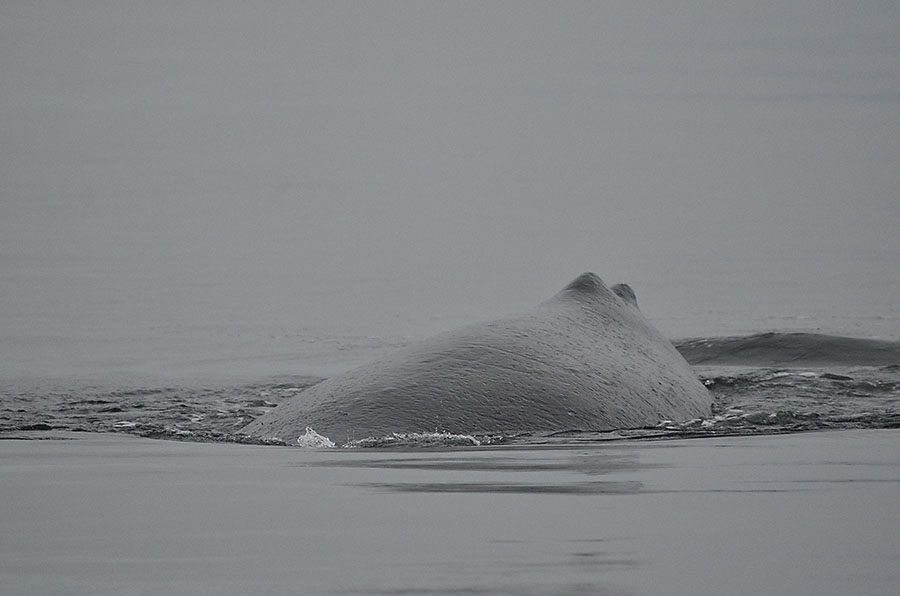 …which can be rather alarming since a humpback is about 45′ long and weighs almost as much as ADVENTURES does!  Whales were slapping their long pectoral fins on the water, making great splashes… 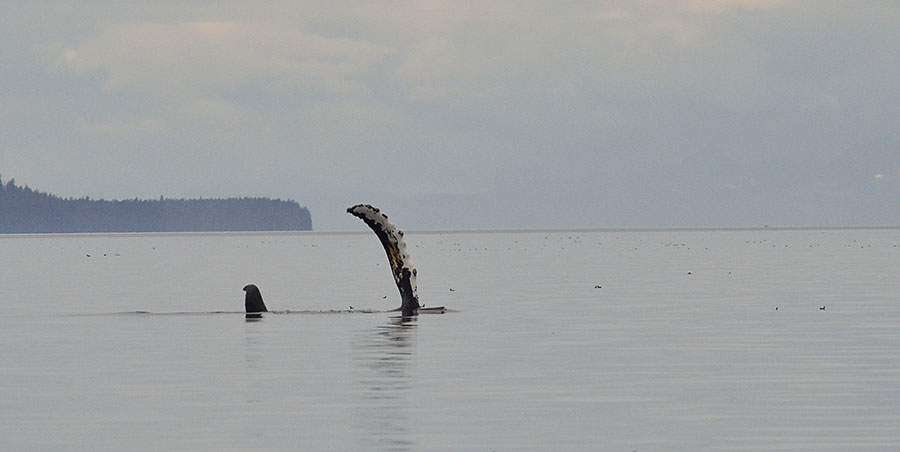 …and we saw some whales tail-slapping as well.  In one case, we noticed tail-slapping that was different – urgent and insistent.  The whale was a good distance from us, but we slowed the boat to watch.  Other whales began to converge on the tail-slapping whale, and we spotted a few orcas near them.  As we watched through binoculars, we saw the water splashing turn from frothy white to red, so we assume the orcas were hunting a young or sick whale.  It’s sobering, but it’s nature, and every creature has to eat. 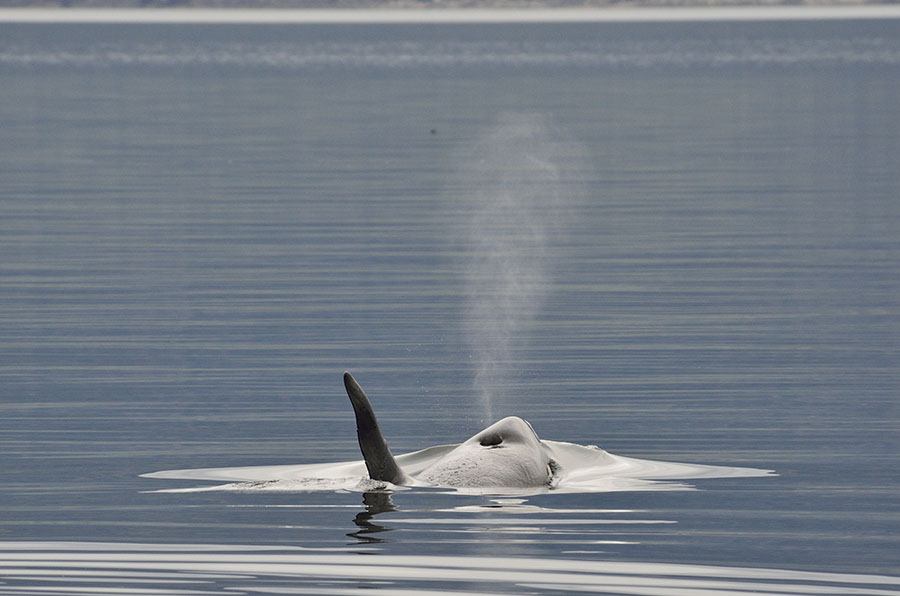 As we continued to cruise along we spotted some humpbacks closer to us, breaching. 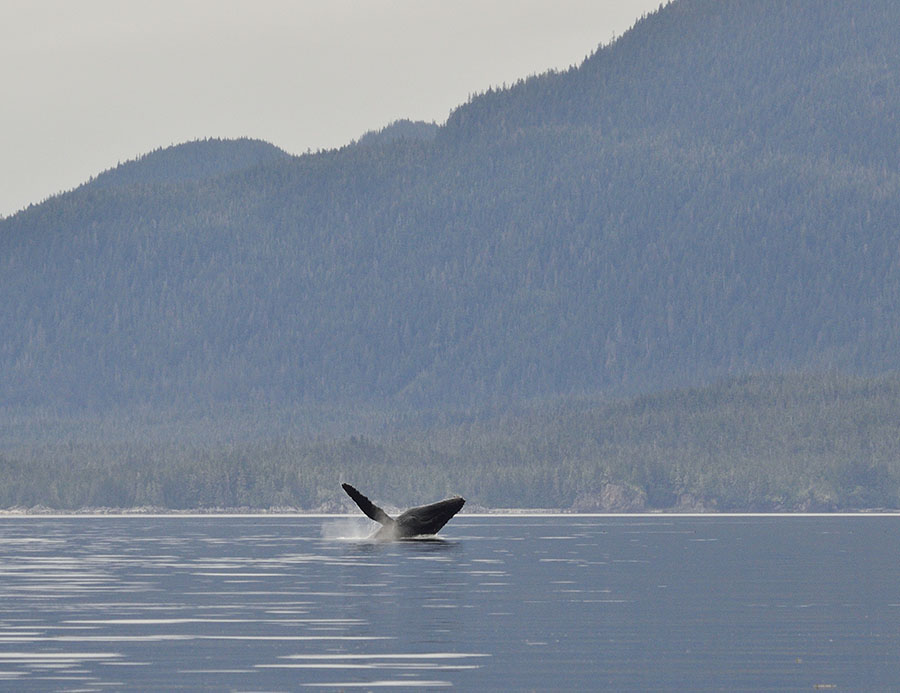 It’s a tremendous thrill to see 30 tons of whale come leaping completely out of the water, though that first breach is such a surprise that it’s nearly impossible to get a photo of it.  Fortunately one breach is often followed by a few more, though each successive one is usually less dramatic than the one before.  It takes a few moments to gather enough composure to grab a camera and run outside. 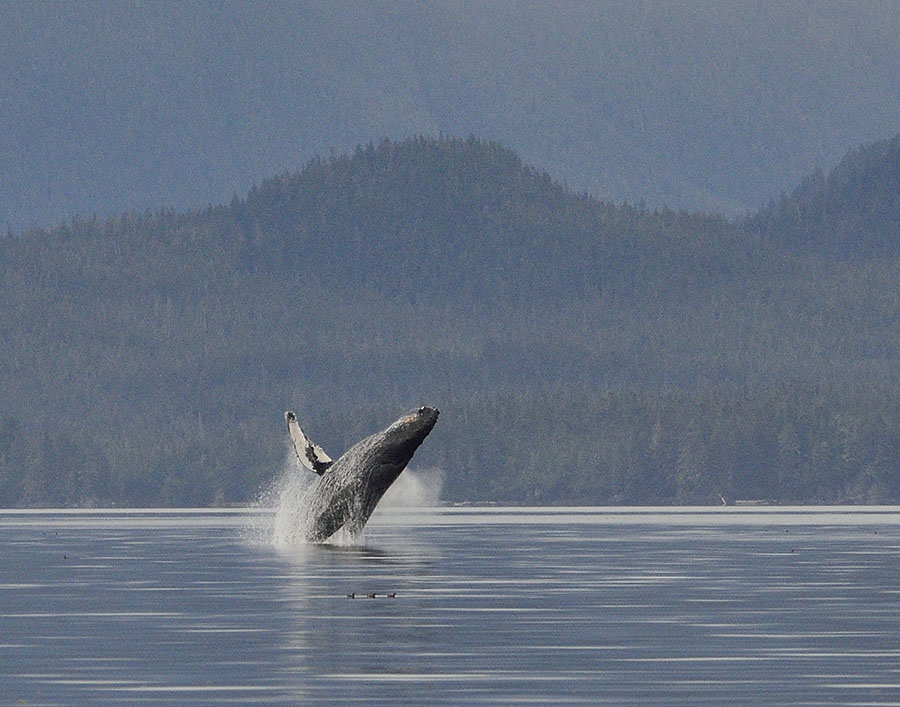 Another whale was diving and blowing as we cruised into our anchorage in Cleveland Passage, putting a nice finish on a great day. 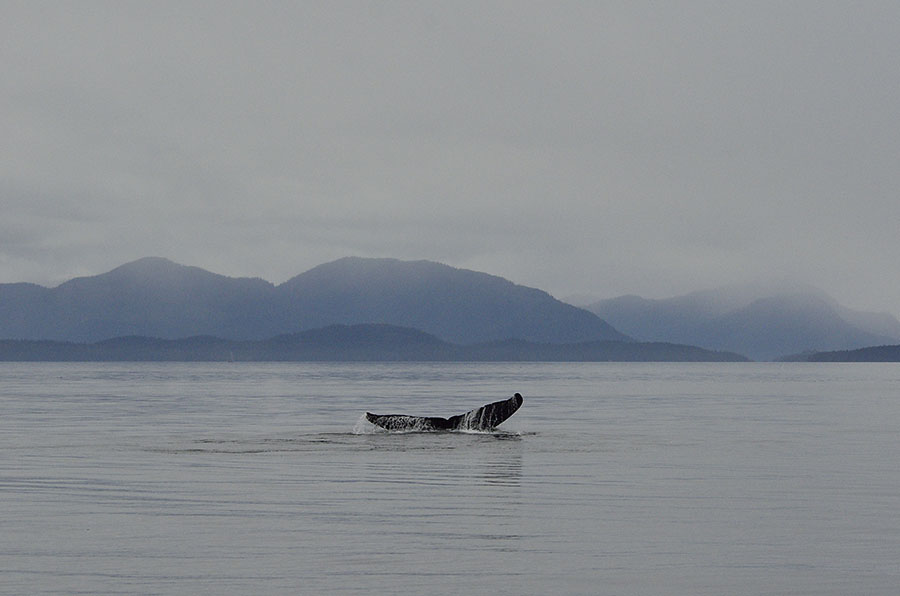 The next morning we cruised a few hours to Petersburg, staying just ahead of the weather and enjoying flat calm seas.  Once we arrived and settled in, the rain started.  Petersburg set a record for a lack of rain in the month of May and now Mother Nature is making up for it with heavier-than-normal rain.  It’s a rainforest – we shouldn’t be too surprised.

Despite the weather we headed out to explore Mitkof Island and do a little hiking, to stretch our legs after so many days on the boat.  We spotted some grouse and a number of deer with their new velvety antlers. 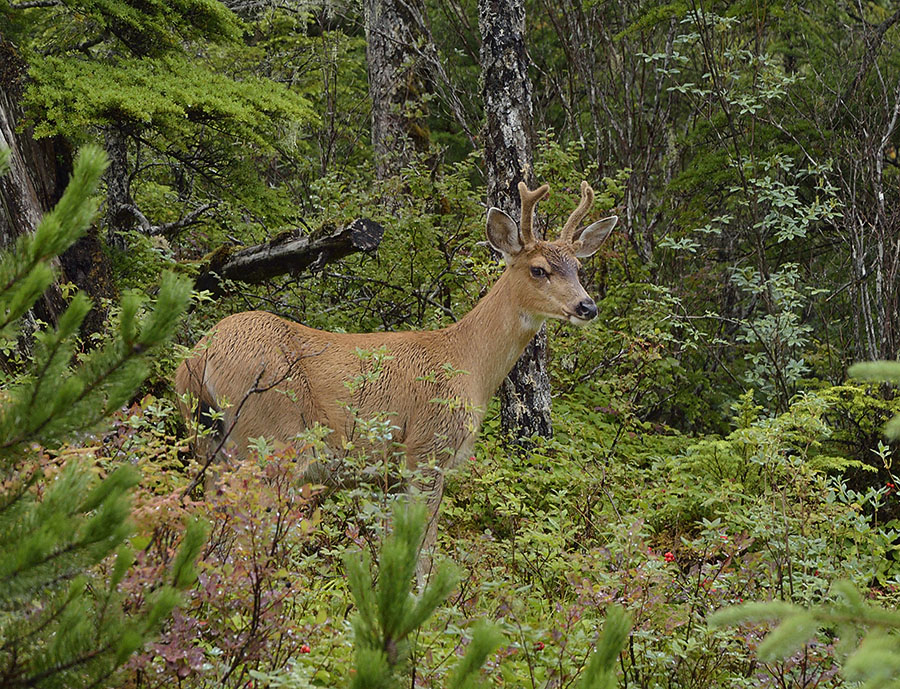 We tried to hike on trails in the woods rather than the more open muskeg in the hopes that the canopy would help keep us a little more dry, but the rain managed to penetrate quite well.  Our friends are used to camping and hiking in the rain (it’s a family curse kind of thing), but the deluge eventually dampened spirits enough that we gave up plans for a longer hike. 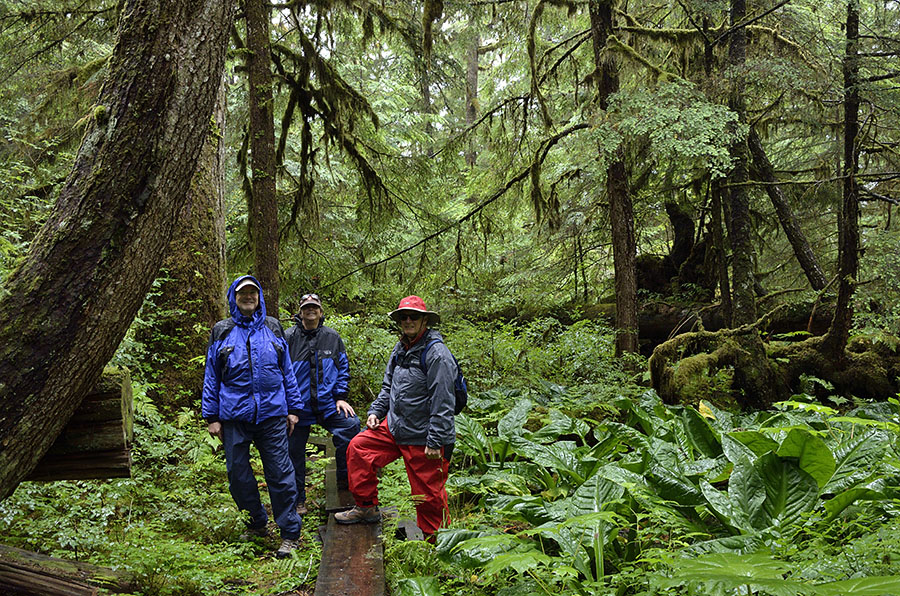 I love the look of the woods in the rain – this far into the summer the skunk cabbage is huge and everything is green and lush.  The thick forest looks almost prehistoric, and you can imagine that a giant dinosaur might be around the next corner.  Instead we know that the giants are out there in the Inside Passage – leaping and splashing.