We headed out for our first shakedown cruise to Ideal Cove – a local spot about 15 nautical miles from Petersburg, directly across the Sound from the Le Conte Glacier Inlet. Leaving town going north we pass two navigational buoys that always have some Stellers sea lions draped on them, napping, groaning and barking.  I’m always amazed that the smaller ones can get up on the “shelf” in the tower part. 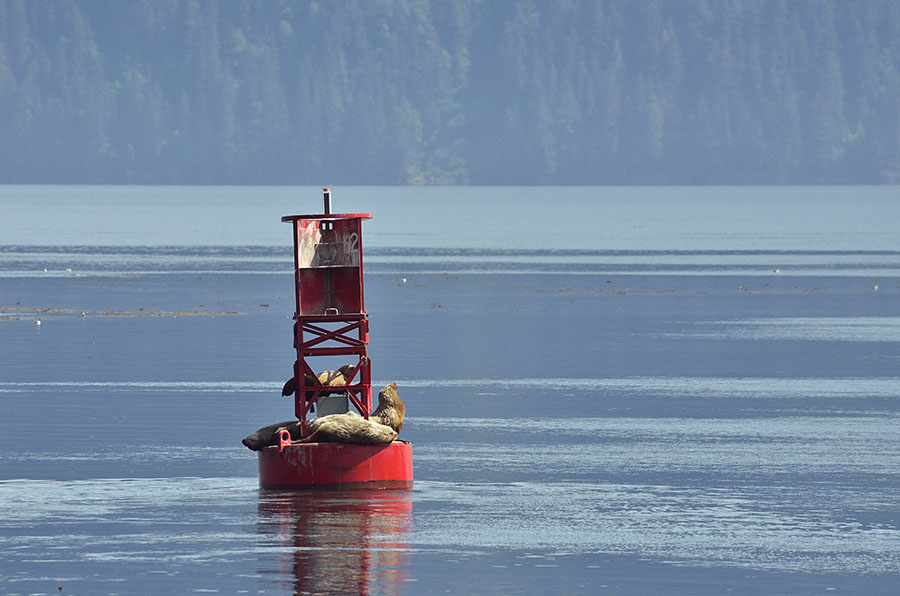 Heading out into Frederick Sound we were on the lookout for whales, and we saw a number of them – almost a guarantee in these waters in the summer season. 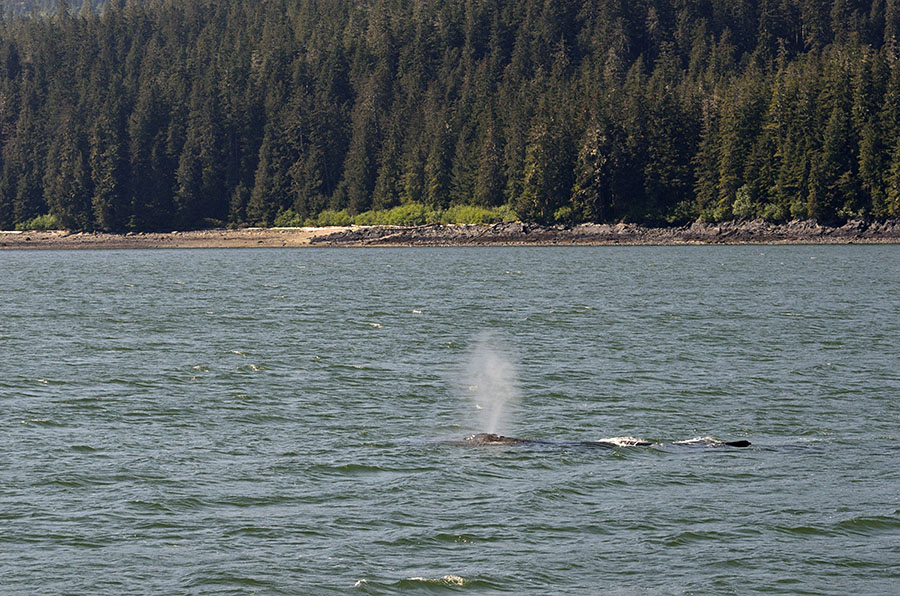 We got to Ideal Cove and found what I was hoping for – solitude, and we ended up having the cove all to ourselves for days.  Here’s what it looks like from the air, looking towards the south… 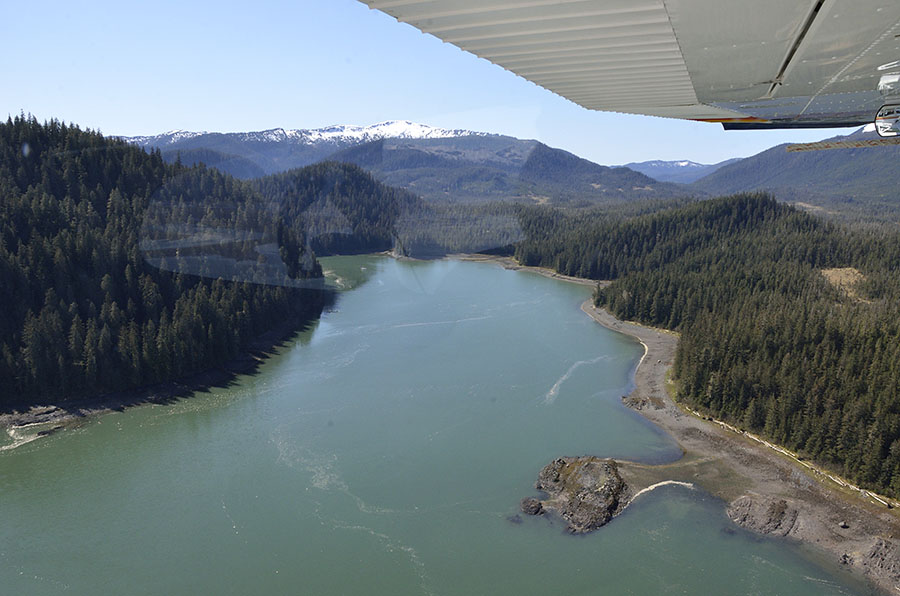 …and here’s the view looking across at the Coastal Mountains on the mainland to the north. 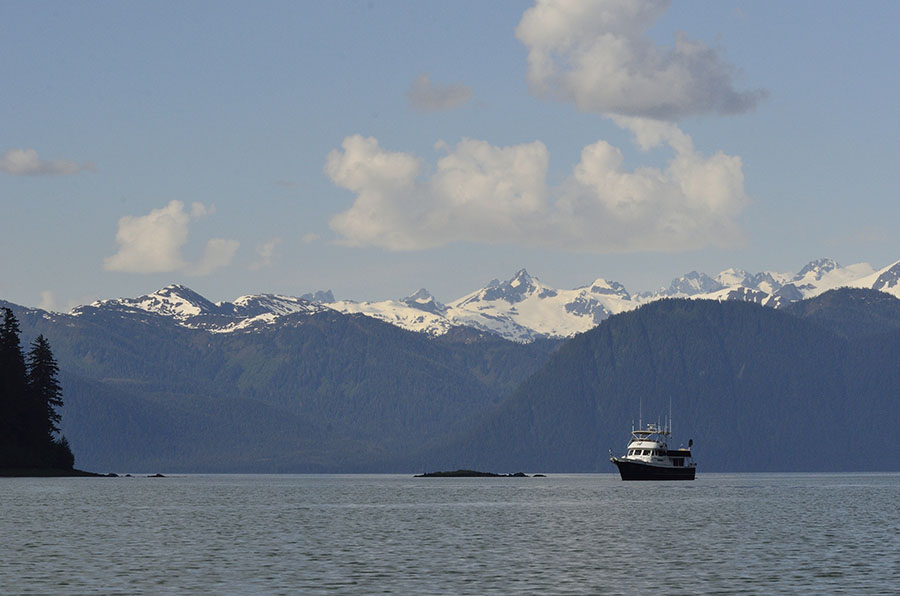 We loved the way the light changed the look of the mountains throughout the day, but the twilight pastels were my favorite. 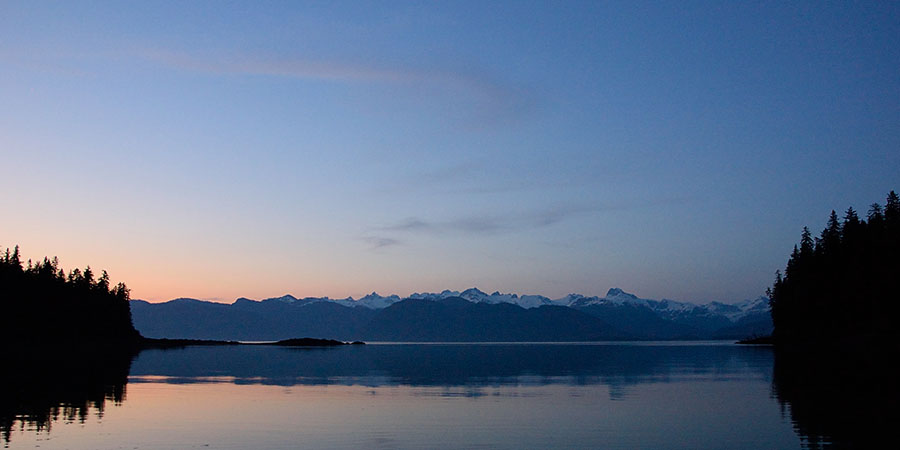 We saw black bears on shore every day, sometimes several times a day, eating sedge grass.  It’s too early for salmon in the streams and for berries to be ripe, so the bears have to eat grass for a little while longer – it’s not their favorite. 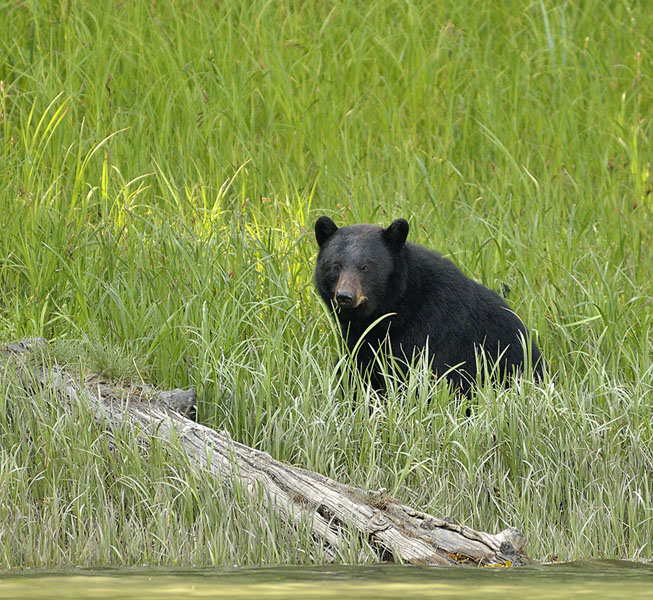 I got in the kayak to paddle just a little closer to a bear on shore, keeping a respectful distance, and on one of my forays I was rewarded with a second bear coming out of the woods to join in the munching.  I nicknamed that one “scarface”. 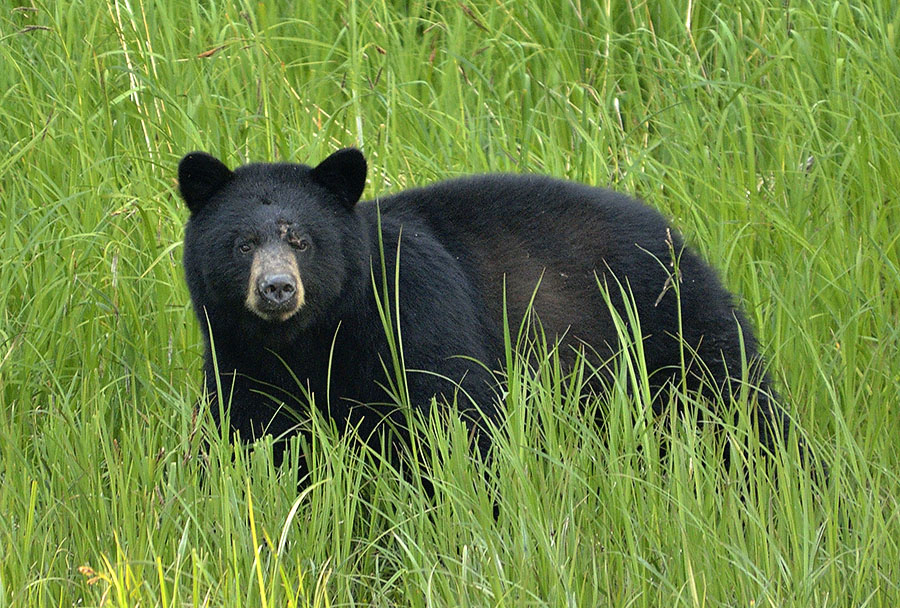 Both bears and I were startled by a flock of Barrow’s goldeneye ducks that landed nearby in a noisy mass, so the bears headed into the woods and I paddled off to get a closer look at the ducks.  They look spooky with their glowing gold eyes.

Since the tide was very high (we were near a new moon) I paddled up a side creek, and was excited to see another bear amble out of the woods.  I nudged the kayak on the opposite shore to watch, and I noticed something strange on his face.  I gently moved farther up the creek to get a little closer, and the bear ignored me but kept a sharp eye on the woods behind him.  I could finally see what looked so odd – that poor bear had a snout full of porcupine quills!  I felt so bad for him – some were in his nose, and I wondered whether the attack had just happened since he always kept a wary eye on the woods. 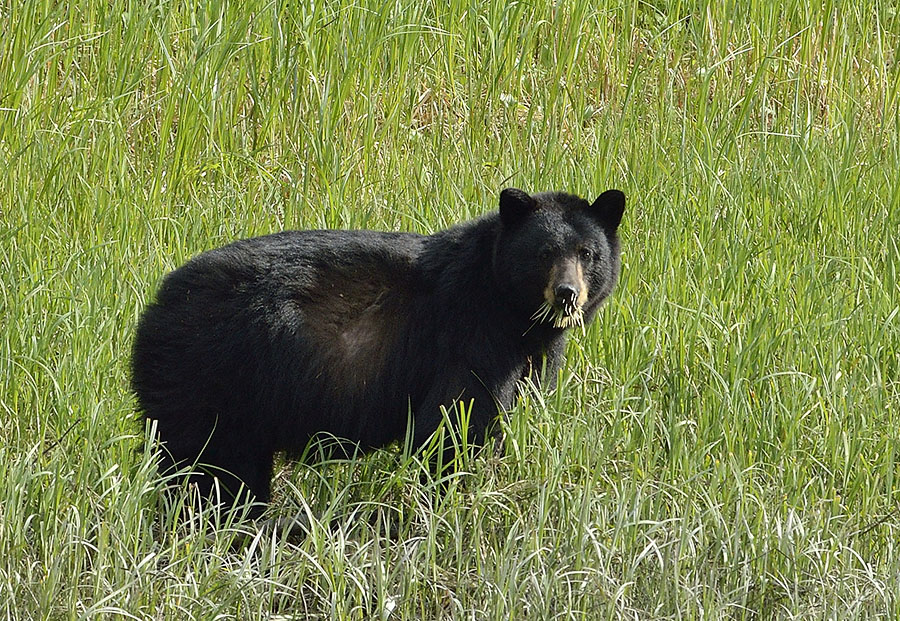 The bear was able to eat grass, and I eventually backed out of the creek to continue my exploration.  I still feel bad for that bear – with no one to help get those quills out. 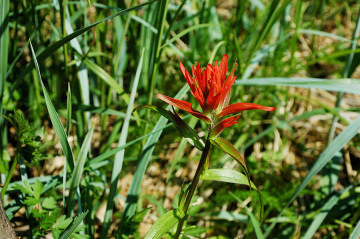 The next day we hopped in the dinghy and explored the shoreline just outside the cove since we had heard there were some petroglyphs that could be seen at lower tides.  We never found the petroglyphs but we had fun exploring the beach, finding interesting shells, seams of pretty quartz, and some nice wildflowers – lupine and this scarlet paintbrush. 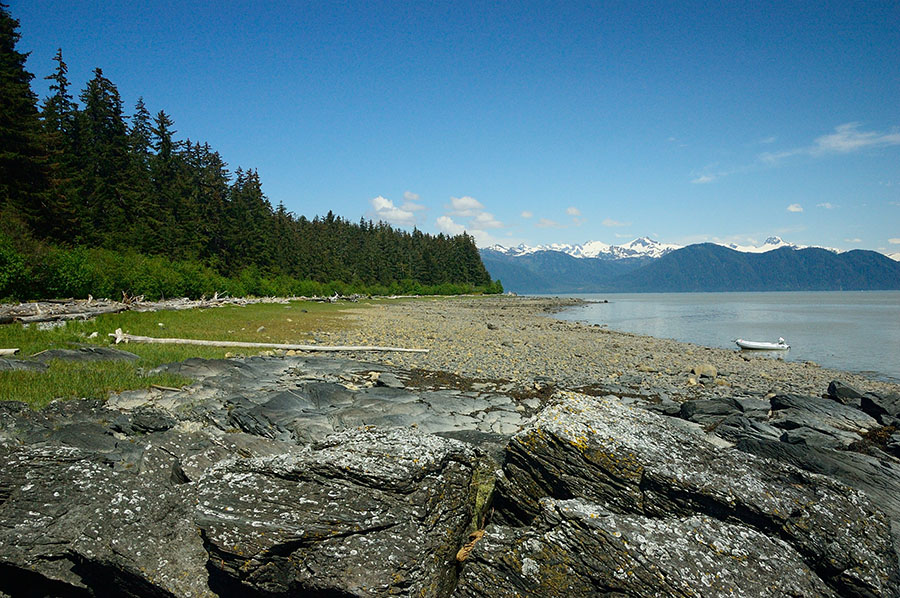 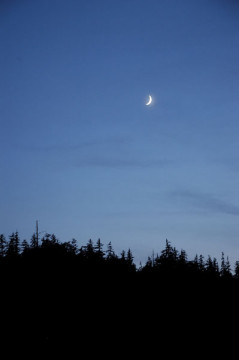 Part of the reason for a shakedown cruise is to find any gremlins hiding in the boat’s systems, and we did find a few things that needed parts and repair.  Reluctantly we decided to head back to town so we could get some phone and Internet service to research and order parts, pick up some fuses, and repair some things that are better disassembled at a dock with a hardware store conveniently nearby.  We had one last quiet evening – the small moon didn’t offer much light, but the days are so long right now that it never gets totally black-dark at night.  The sun rises around 4am and sets around 9:30pm.

The trip back to town was highlighted once again by humpbacks blowing and diving, and the sea lions were fighting for space on the outer channel buoys.  The view of the mountains and town are so beautiful – a consolation for having to leave the aptly named Ideal Cove.