The map in the previous entry shows all of El Capitan Passage, and after our caving adventure we cruised ADVENTURES down to another anchorage – Devilfish Bay.  In addition to a cool-sounding name, there’s a Native legend that a gigantic devilfish rose up out of the sea and wiped out a village there, leaving behind some distinctly bad mojo.  The cruising guide also reports that group of researchers working in the bay in the mid-1970s were so overwhelmed with uneasy feelings that they had to leave.  Just in case, I made sure to wear my manta ray necklace (mantas are sometimes called “devil fish”) even though there are no manta rays in SE Alaska.  I’m not sure what constitutes a devil fish in these parts, but we didn’t want to find out the hard way!  Anything to keep the spirits happy… 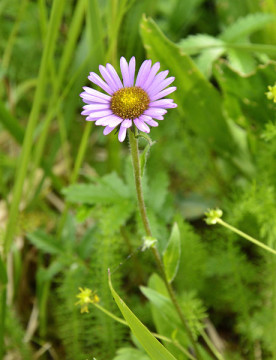 The bay has a large outer basin and a large inner basin, with a tight squeeze between a large rock and a shallows from a landslide that separates the two.  We had the inner basin all to ourselves for a couple of days, and we loved the quiet beauty and great weather.

As soon as we were settled the kayak hit the water and I was off to explore.  I saw a deer on shore, and as I was shooting some photographs of him, I heard a funny snorting noise nearby. 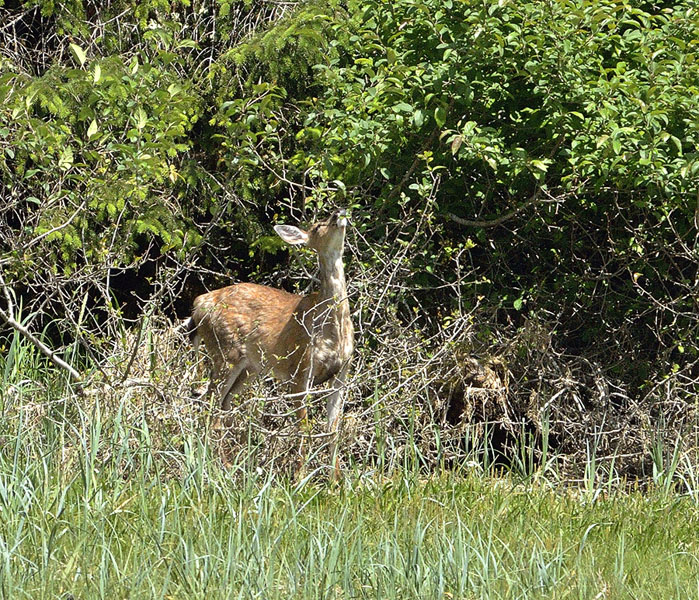 I looked around and heard the snorting again – it was a river otter.  He was not too far away from me, giving me a stink-eye, and periodically snorting and making a huffing noise.  I thought that maybe he was trying to draw me away from a den or young, so I kept drifting along (while the deer retreated into the woods)… but the otter kept up his snorting, rising up out of the water a bit with every snort. 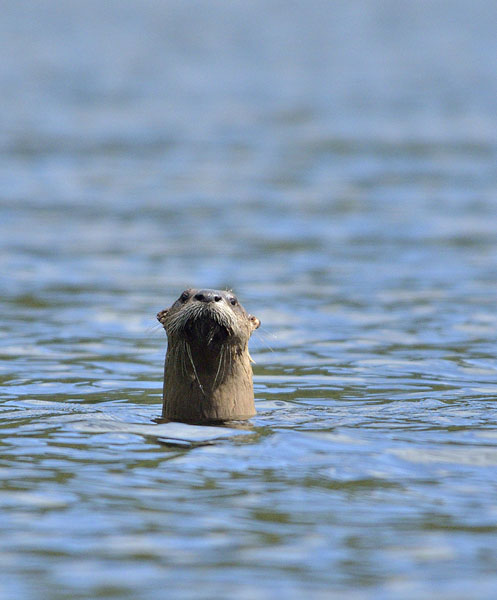 I continued my slow paddle along the shore while the otter shadowed me and snorted for about half an hour, even doing so with a fish in his mouth at one point.  Very odd… but maybe the spirit of the devilfish is living in this otter!  Fortunately we had a great time there, with no other unexplained experiences.

The bay had a nice flat beach at low tide so Jim took his little quadcopter ashore to practice flying. 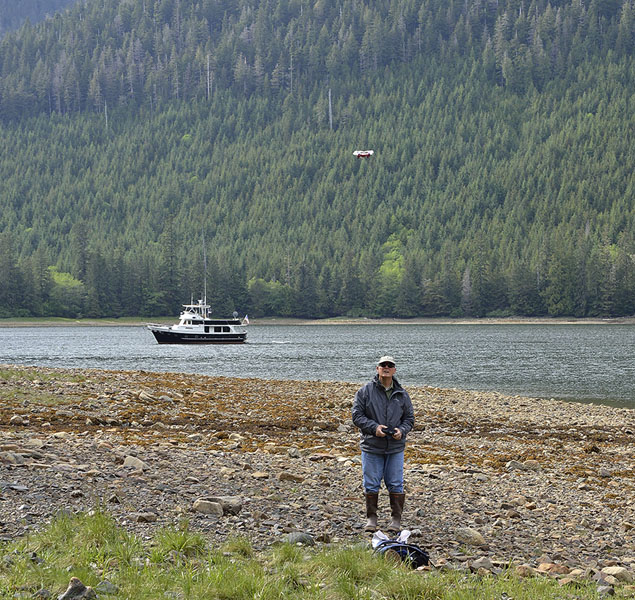 This one is pretty tiny – a good one to practice learning to fly before graduating to something large enough to carry a GoPro camera later on.  With only 7 minutes of flying time per battery practice didn’t last long enough, but not before he managed to fly it into the woods and we had to do a bit of looking.  Jim recovered the drone with only a nick in one of the propellers, and now that we’re in civilization we’ve ordered a few more batteries for it.

We left Devilfish Bay hoping to return again, but it was time to press on to new adventures.  Cruising through the lower part of El Capitan Passage makes me think of a shattered windshield – that’s what the chart looks like with hundreds of little islands, nooks and crannies.  It’s very rocky and beautiful. 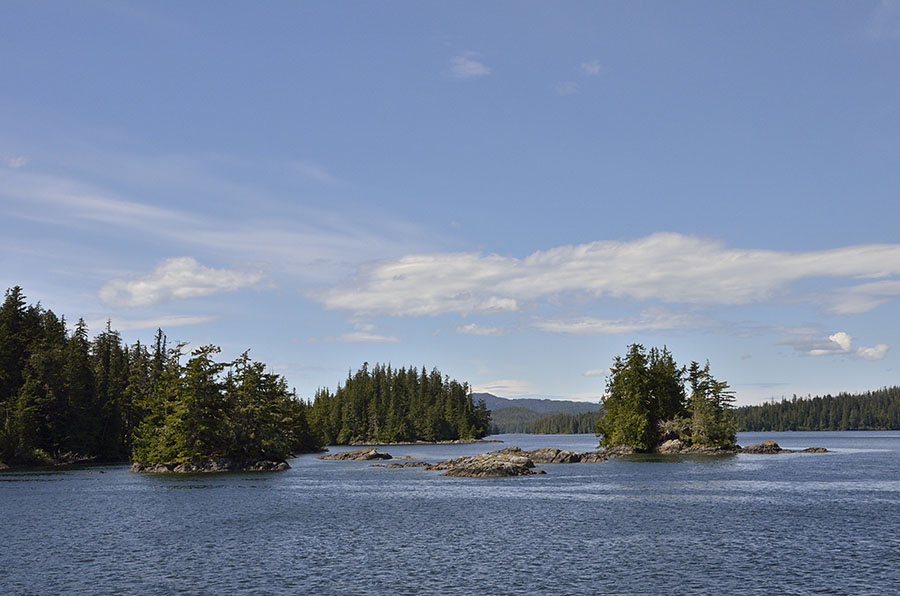 Although the area is very remote, there are a few pockets of homes in odd places.  Prince of Wales Island has been logged much more than other islands in the region, and there are at least 200 miles of logging roads connecting the few villages and small towns to some of these little outpost communities.  Sarkar Cove was our next anchorage, and it had a handful of houses and a fishing lodge – which seemed strange in such an isolated spot.

We anchored near a creek that led to a lake, only accessible at high tide – at low tide it’s a rapids.  It was fun to sit in an eddy in the rapids with the kayak and watch the many eagles fishing and flying around. 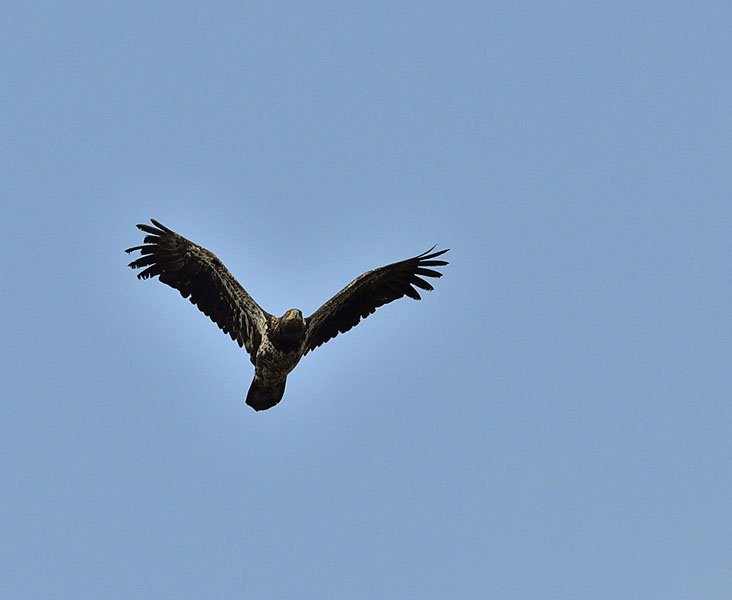 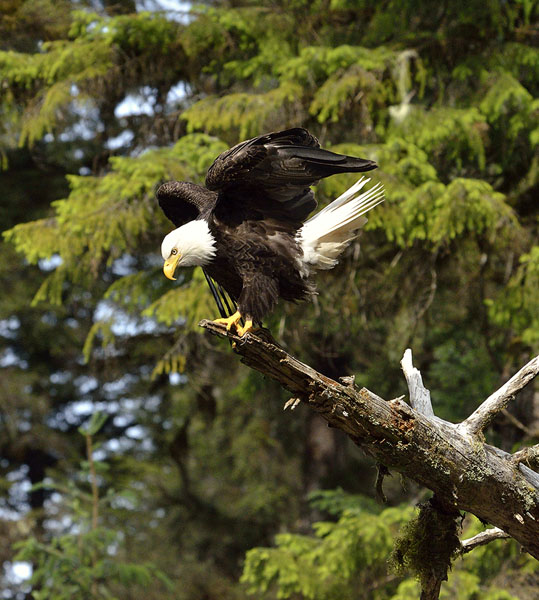 We took the dinghy over to see if we might be able to have dinner at the fishing lodge.  The El Capitan Lodge is a beautiful facility, and the manager came out on the dock to welcome us and give us a little information about the place.  It’s a very active operation, with about 6-7 small boats, each with a captain and fishing guide that headed out with guests early every morning to try their luck at catching salmon and halibut.  The lodge has their own float plane to ferry guests and supplies in, as well as a fish processing shed where each day’s catch is cleaned, vacuum packed, and flash frozen for the guests.  Sadly they couldn’t accommodate us for dinner in their dining hall, but we were able to look around the property and appreciate the beautiful setting and well-maintained buildings.  If anyone would like that kind of experience, we would highly recommend the El Capitan Lodge.

Sitting closer to the open ocean (to the west) and on an island with smaller mountains, we were able to enjoy a rare sunset.  In Petersburg the mountains around us are too tall to see the sunset; after spending so much time in the Florida Keys and Bahamas we’re used to seeing one every night, so seeing a sunset now is extra-special. 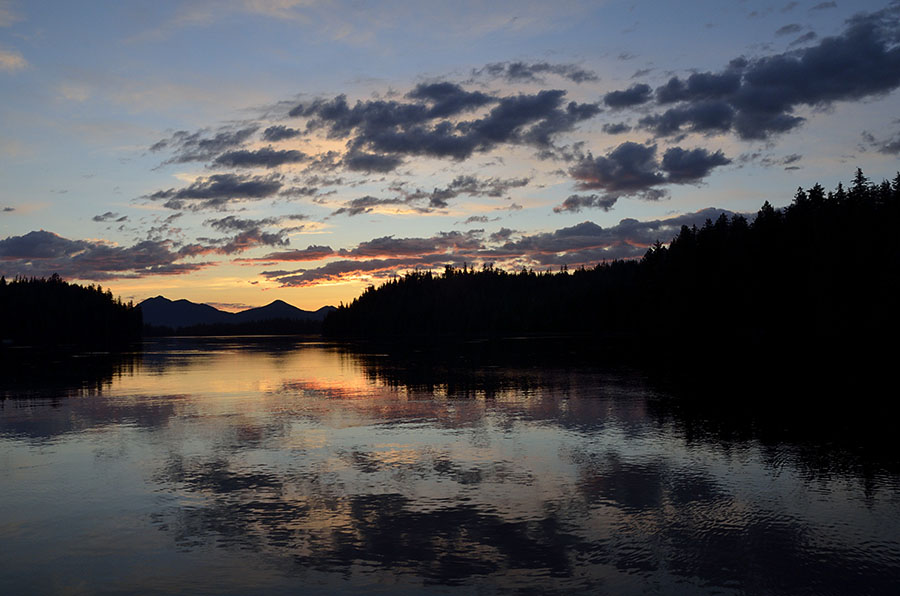