Last weekend was the 57th Little Norway Festival in Petersburg – our first one.  The town was stuffed to the gills with visitors and past residents back in town for the festivities and the high school reunions – there wasn’t an empty hotel or guest room anywhere.  We heard great things about the Festival, but were not quite prepared for the extent of the Norwegian-ness!  It will take more than one Blog entry to show it all to you…

We began our Festival experience by attending “Shipwreck on Cannery Island”, an original play written and performed by the Mitkof Mummers Theater Company.  It involved Vikings and a cannery run by (who else?) Norwegians.  I didn’t take any photos – I was laughing too hard – but it was just outstanding… a great way to kick things off. 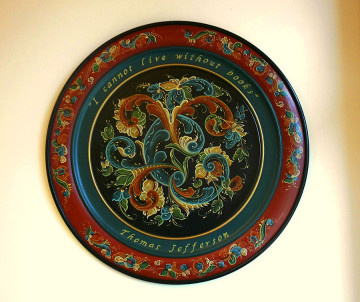 The next morning Jim and I took a little 1-hour rosemaling class – rosemaling is a type of decorative painting, primarily from Norway.  There are examples of rosemaling all around town – on the harbormaster’s office, building trim, company signs, and this beautiful wooden plate that hangs in the Library just to name a few examples.  We didn’t expect to become competent rosemalers in an hour, but we thought it would be fun to give it a try. 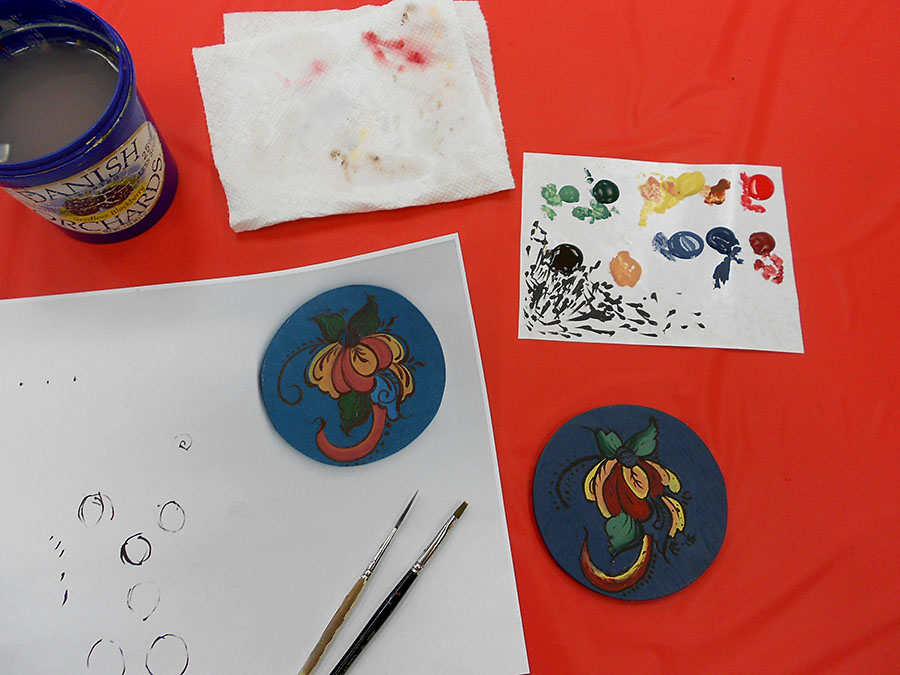 We all had a lot of fun, and we came away with a much greater appreciation for the skill and experience of real rosemalers.  Regardless, our little samples are displayed proudly on the refrigerator. 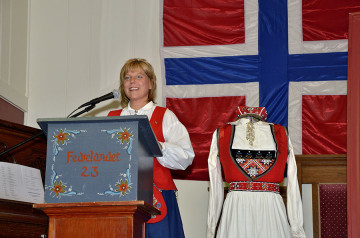 The next major event was the Scandinavian Style Show and luncheon, and we were advised to line up to buy our tickets early – which I was happy to do since I wanted a good spot to take photographs.  The show was narrated by our talented harbormaster Glo, and the models showed off about 75 different bunad – traditional Norwegian folk costumes, as well as costumes from Sweden and the northernmost Sami people.  What was truly amazing was to learn how many of these stunning costumes had been made for people in town by Glo – expert seamstress, bunad historian, and gifted embroiderer. 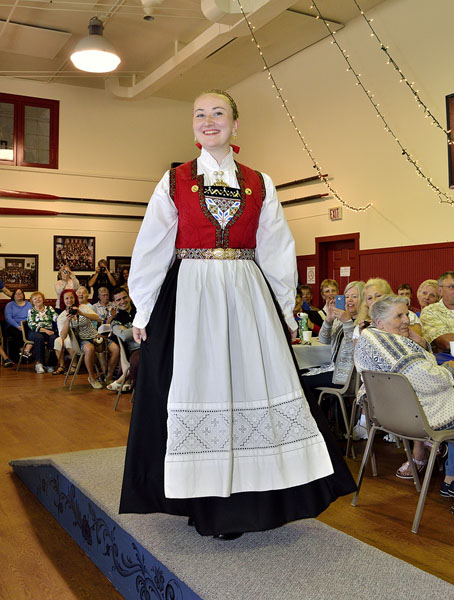 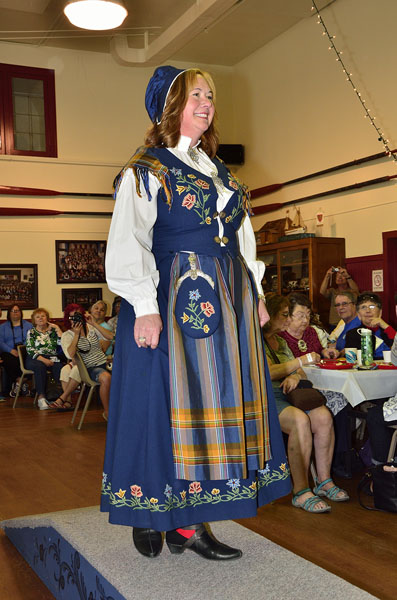 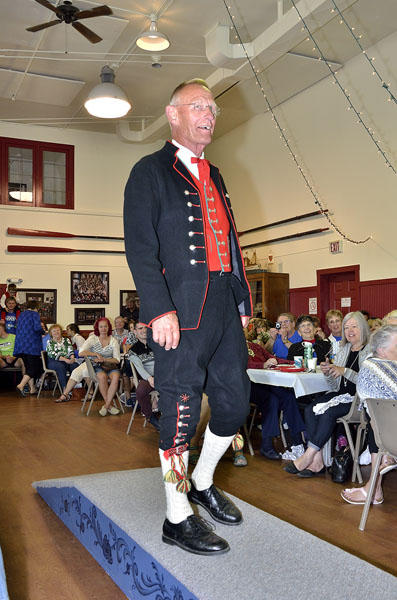 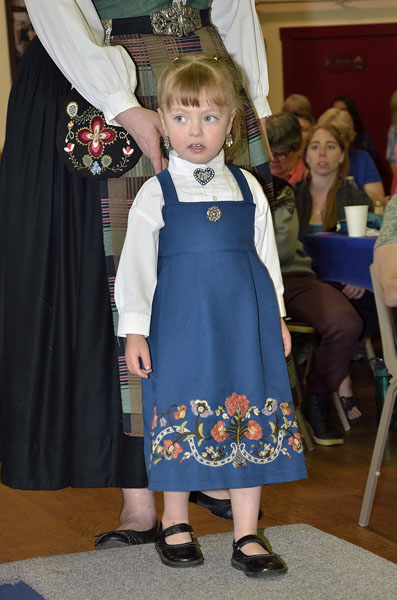 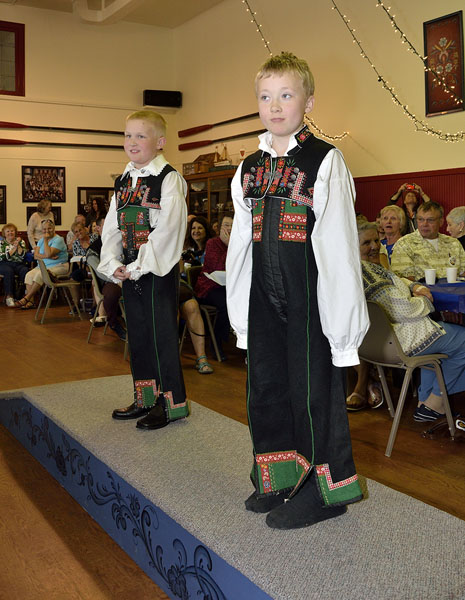 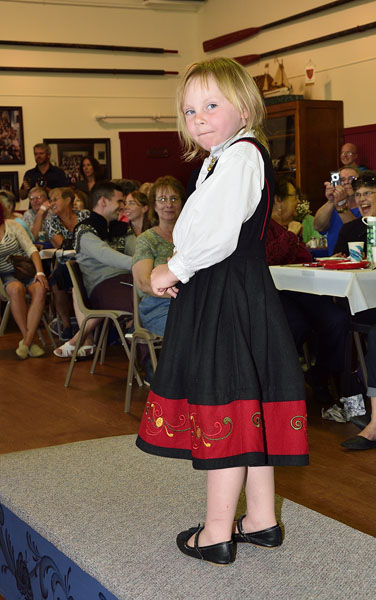 Many of the garments Glo made took 1-2 years to complete, and as I was photographing the different styles from various regions I realized how much beauty was in the detail. 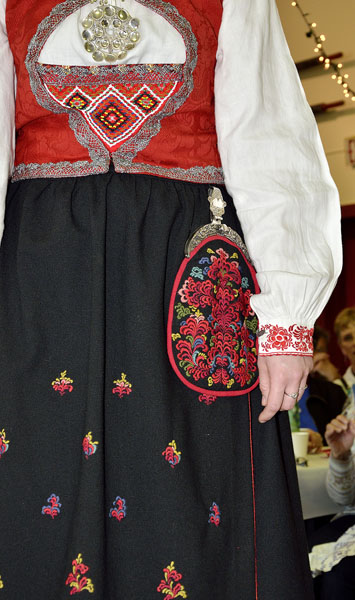 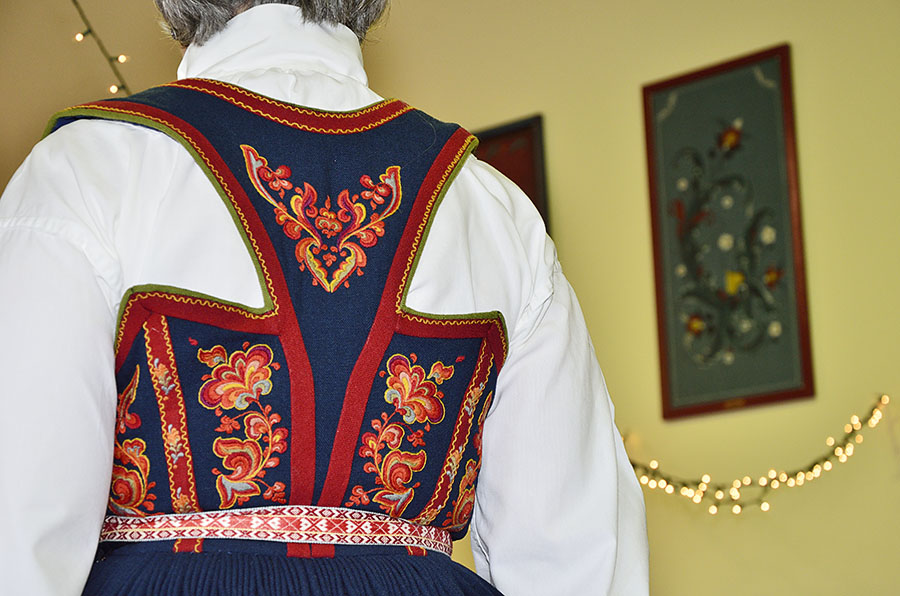 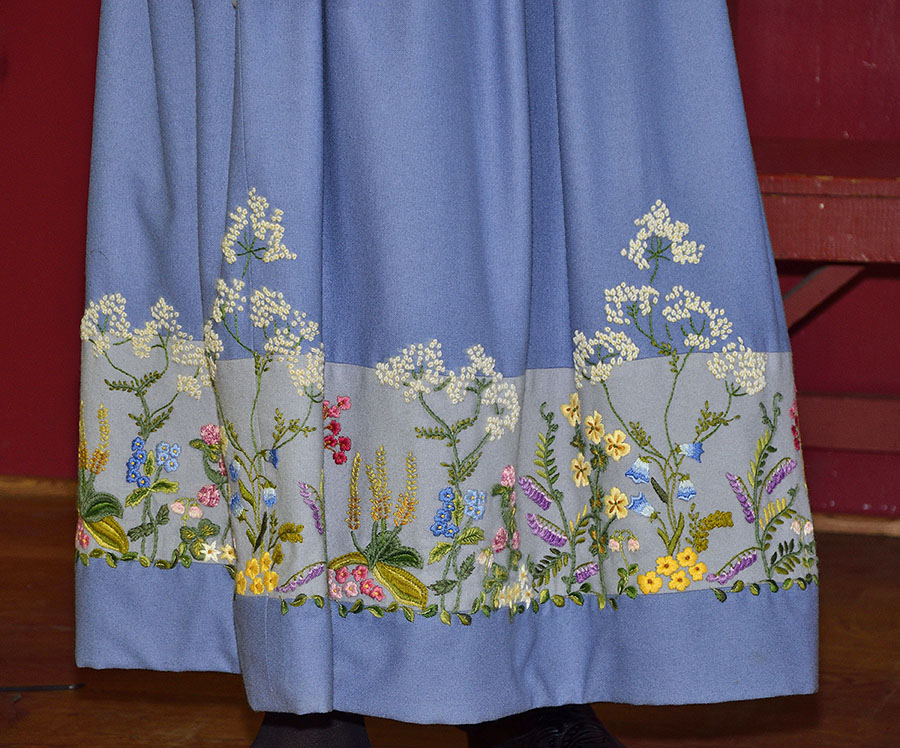 It was wonderful to see so many people involved in the show – some ladies had made their bunad from kits purchased in Norway, working together to help one another.  It was interesting to hear about the ways that a child’s bunad is constructed to allow for growth and modification as the child grows, and all the children (and men!) were good sports about modeling. 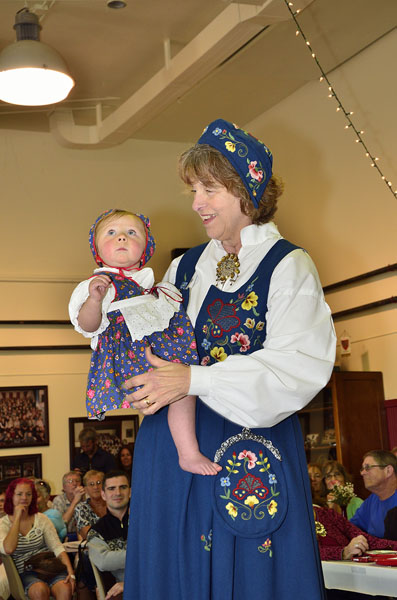 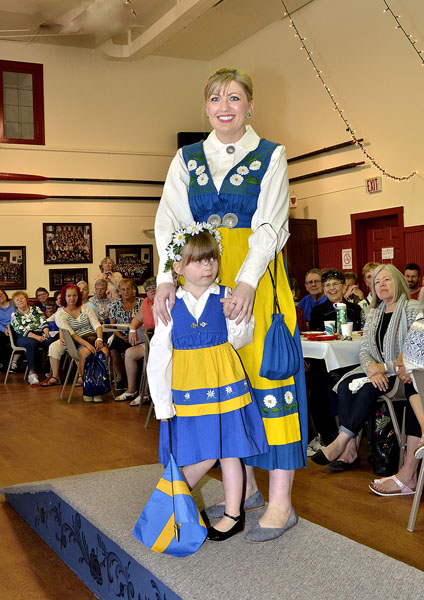 And this is an example of the Sami costume: 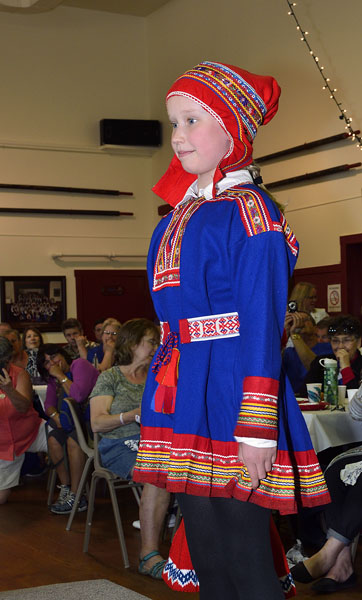 This little gal in a knitted dress was my favorite. 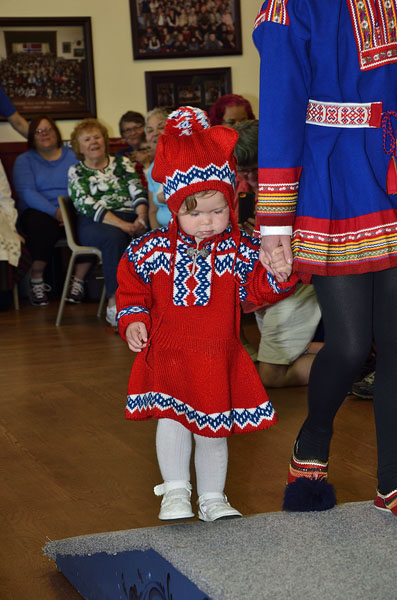 Even though it was a warm sunny day, many people were wearing their traditional Dale of Norway sweaters, and in the afterglow of the fashion show I finally got Jim to choose a Dale sweater for himself.  It’s “Petersburg formal wear” – appropriate for just about any occasion, and it looks great on him. 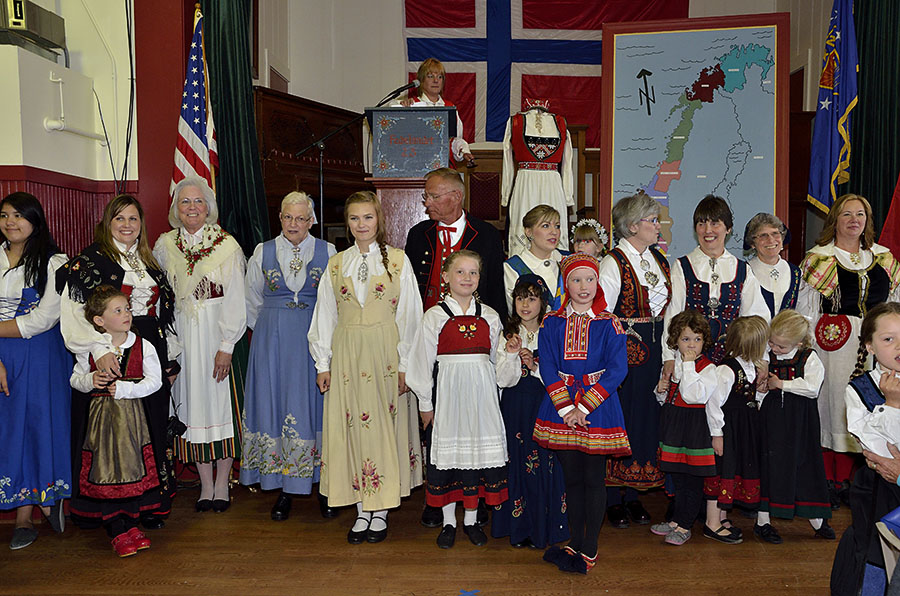 There’s lots more of the Festival to show, but that will have to wait for the next post.