The next stop on our side trip took us into the interior of Alaska to see Mt. McKinley and Denali National Park.  It’s interesting to note that “Denali” is the native Alaskan (Athabascan tribe) name for the mountain – it means “the high one” and at 20,230′ it is the tallest mountain in North America and third tallest mountain in the world.  Alaskans have officially changed their maps to reflect the Athabascan name, but Federal maps have not been changed yet – every time it comes up the elected representatives from Ohio raise a fuss to keep it named for one of their native sons, the 25th President of the US.  We call the mountain “Denali” since the Athabascans were here first. 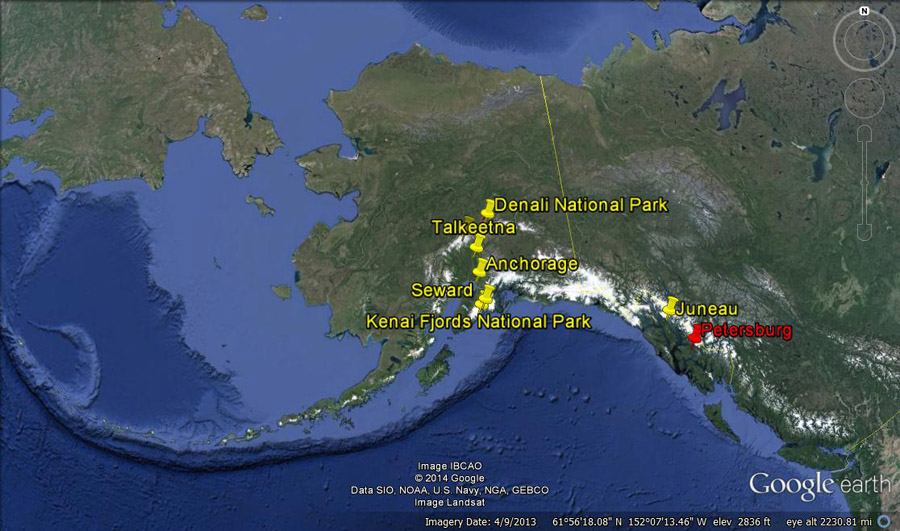 The town of Talkeetna consists of a few hotels, a busy small-plane airport, a pizza joint, roadhouse, and a handful of tourist shops spread over about 1/2 mile. 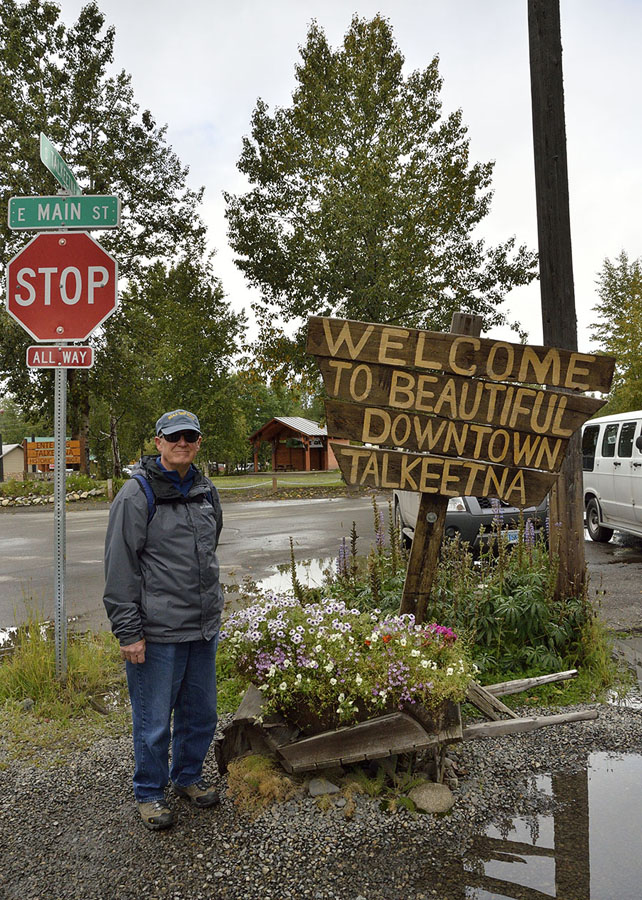 We were only in town for one day to take the flight to see Denali, and of course we woke up to pea soup fog and drizzle.  Our flight was postponed a few times, but we got lucky when the weather finally eased and we could see a little blue sky between the clouds in the later afternoon.  We headed to the airport and boarded a De Havilland Otter for our flight.  Note the skis on the landing gear – ready to land on a glacier just in case. 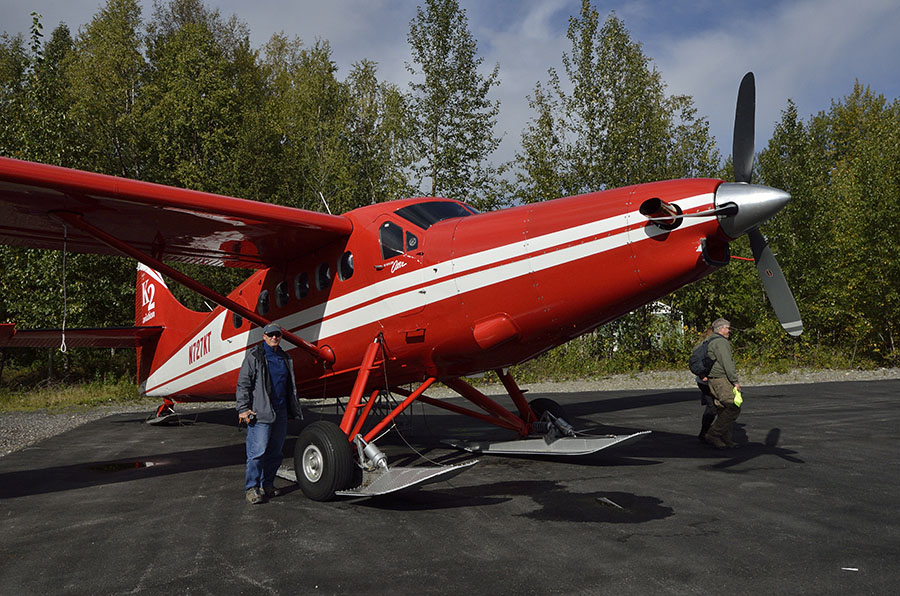 Regardless of the visibility, it’s just so much fun to fly on a small plane like this, and Jim particularly LOVES to fly. 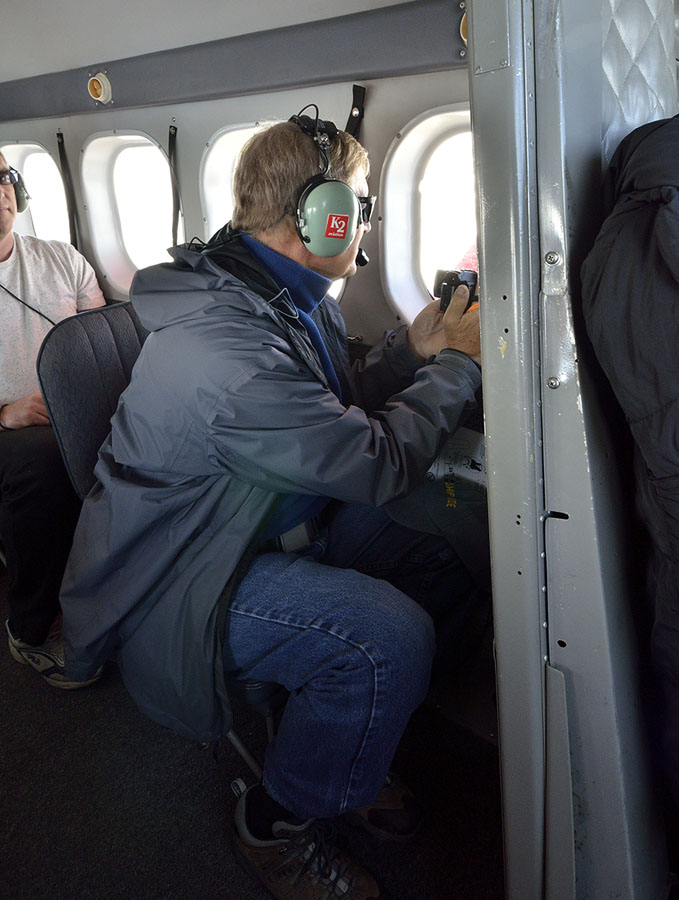 I lucked out and got the co-pilot’s seat since I had the most number of cameras, and I had a great view despite some scratches on the window that were hard to hide in photos.  As we flew across the flat valley we could see “braided rivers” – caused by glacier run-off full of silt that shifts and changes with the water flow, forming  “braids”. 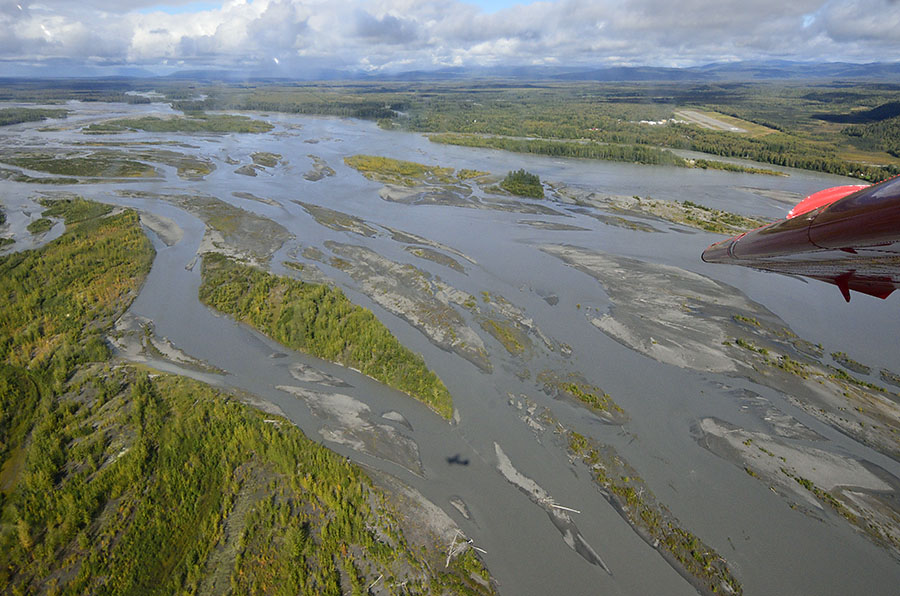 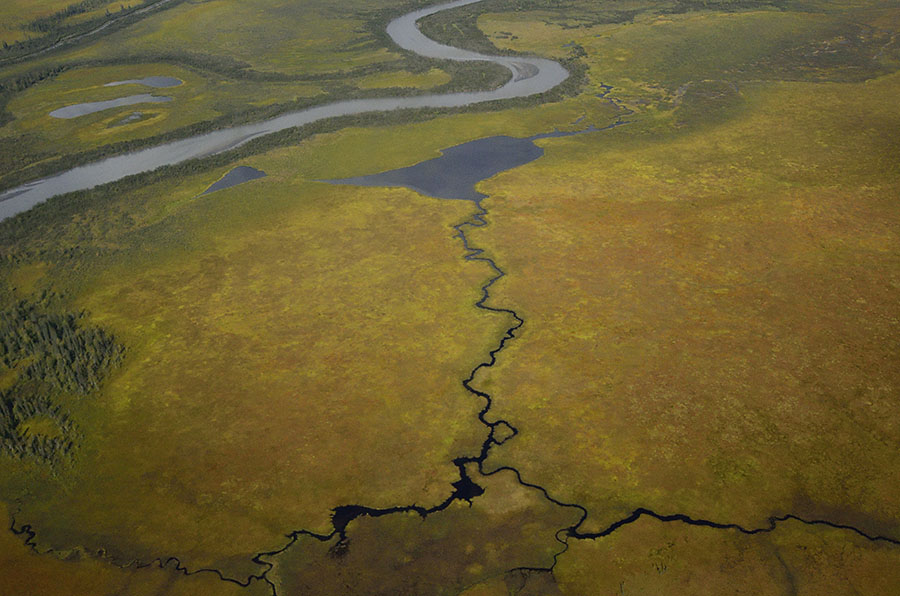 …and we took it as a good omen that we could see a rainbow as we headed into the foothills. 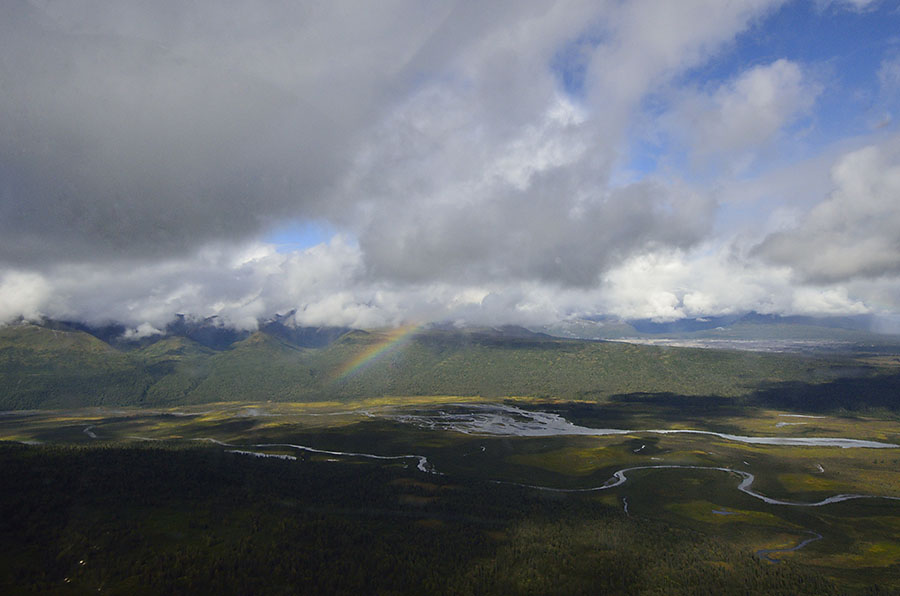 We headed up into the Alaska Mountain Range and saw a number of glaciers – rivers of ice converging and running down to the lowlands. 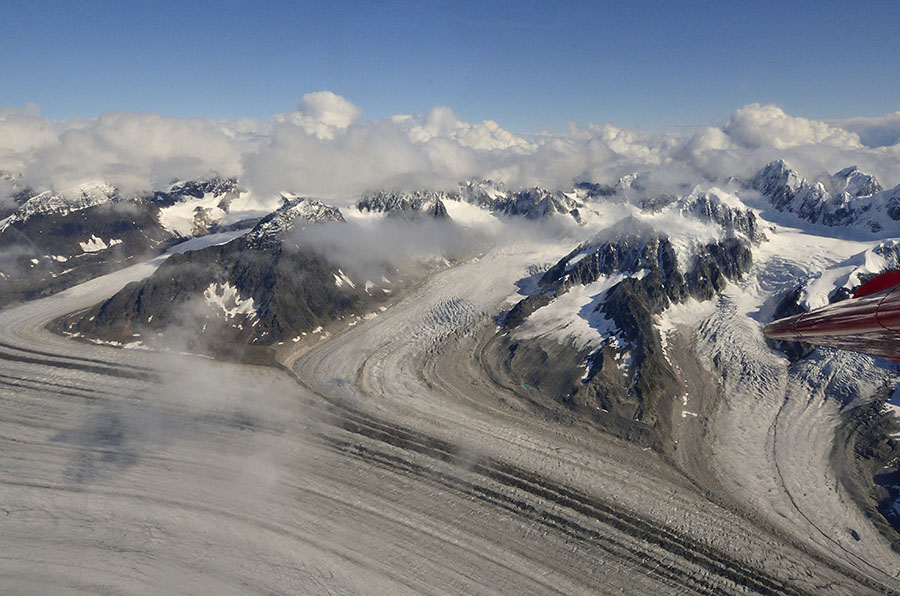 The cloud cover was still pretty heavy around Denali (Mt. McKinley) though we could see it, but the clouds were thinner around some of the other peaks in the range, and they were dramatic – craggy and densely covered in snow.  It was just fantastic, and we hated to return to earth. 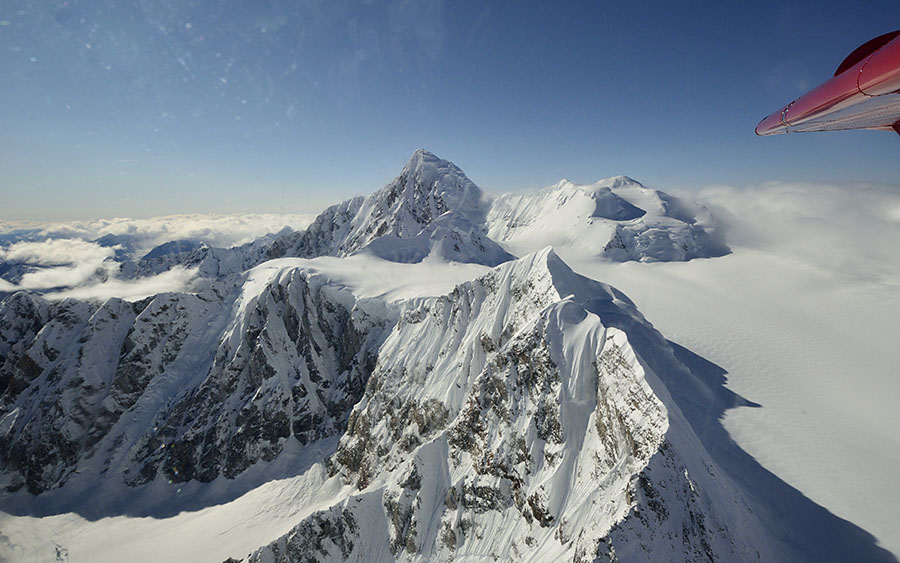 The next day we headed up to Denali National Park for a different view of the mountain (THE mountain!) and surrounding landscape.