We lucked out and had pretty nice weather for our exploration of Vancouver, savoring the views of the tall city buildings against the backdrop of the mountains nearby.  The large green space of Stanley Park is easy to see – a true urban oasis. 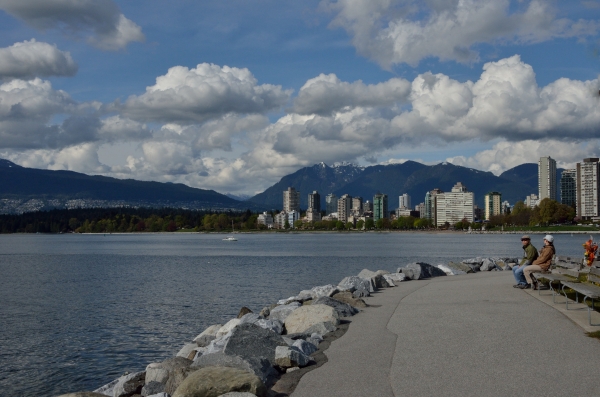 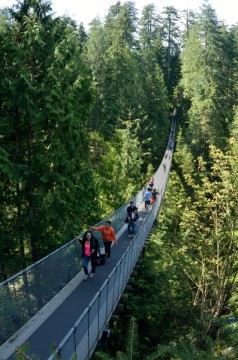 We took the shuttle over to West Vancouver to see the Capilano Suspension Bridge – a 450′ long foot bridge high over a river gorge.  The bridge was very neat, though we have some friends who would not have appreciated the oscillations and gyrations from people walking on it, or the height.  On the far side we saw some huge Douglas fir trees over 1000 years old, standing over 200′ tall.  Among the firs, hemlock, and western red cedar they ran some more suspended walkways up in the forest canopy, which was really neat.  We had fun strolling through the woods – this coast of BC is home to one of the world’s few temperate rainforests. 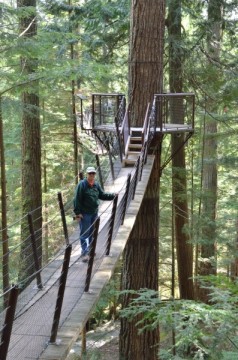 The theme of this whole park is that you get to walk on things suspended in the air, and the final part of the park was the Cliffwalk.  It took some pretty fancy engineering to build steel and cable walkways that hang from the cliff and arch out over the gorge.  We had a lovely warm day to enjoy the views, and it was neat to see something like this just 20 minutes from downtown. 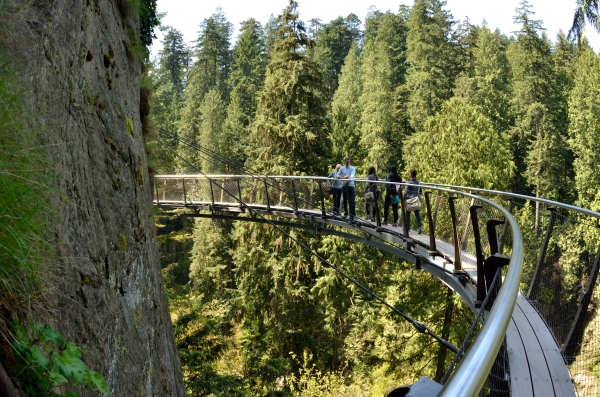 After an afternoon spent communing with nature, we headed back to Granville Island to pick up some fresh fruit and vegetables from the big public market.  The displays of the food and flowers were so tempting, it was hard not to buy much more than we needed! 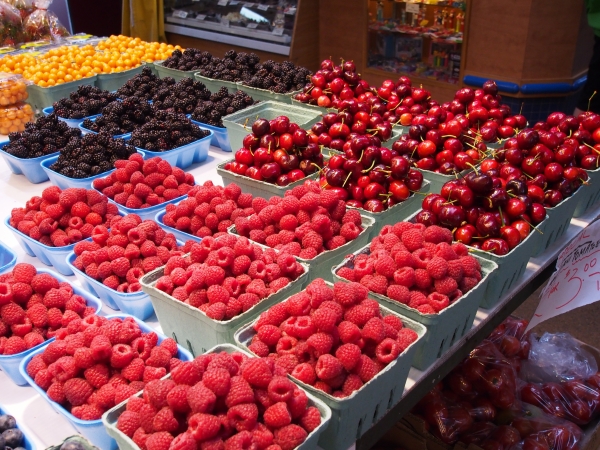 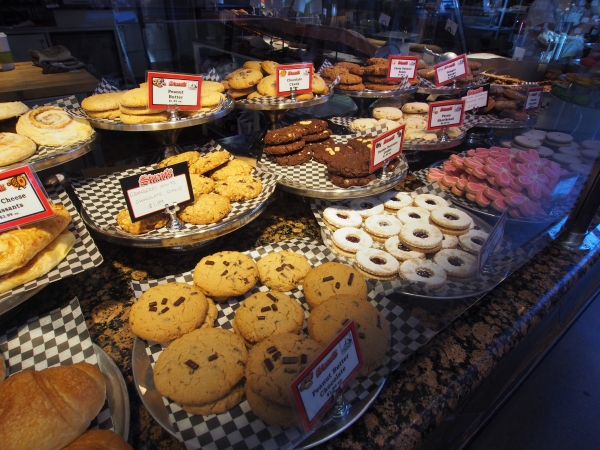 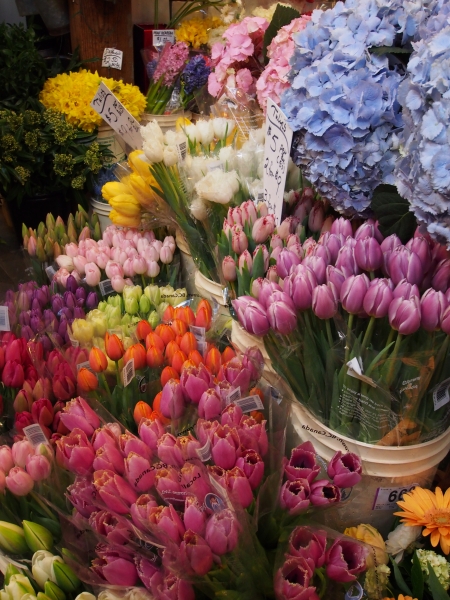 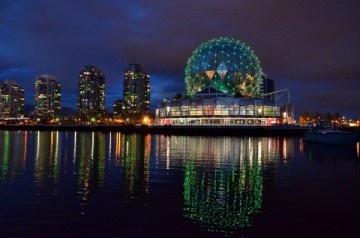 There’s a lot more to see around the city, and we liked the convenience of our spot near the Science Center with its IMAX dome and funky lights.  The views of the city, especially after the sun set, are hard to beat.

And we liked the funny artwork in the Olympic Village – we could see this bird statue and courtyard right from the boat. 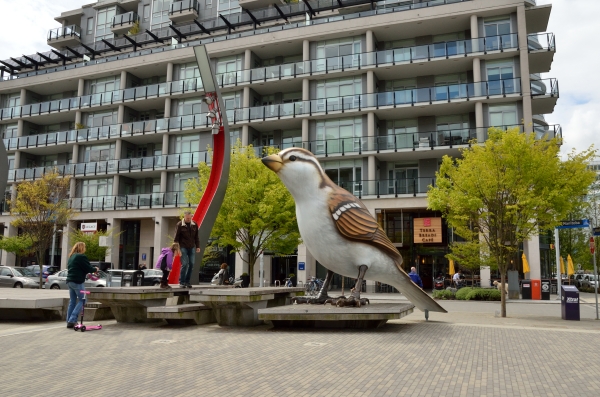 There’s a lot more to see around Vancouver, but we’ve got to keep heading north.  We’ll be back to this area in about 18 months and we hope to spend a bit more time exploring the city.