We continued to head up the west arm of Glacier Bay, enjoying the sunny clear weather (though it’s a tad too warm for us, acclimated to cooler Alaskan temps). 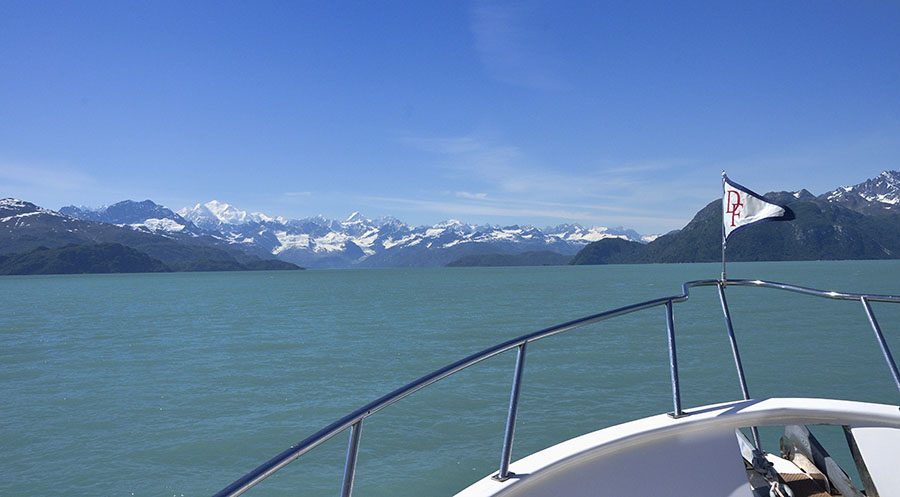 The compact little Kittlitz’s murrelets are plentiful in Glacier Bay, diving for fish in the cold deep water.  Oddly, they actually nest high in the mountains on barren slopes during breeding time.  We typically see the more common marbled murrelets in southeast Alaska, so the Kittlitz’s are a treat to see. 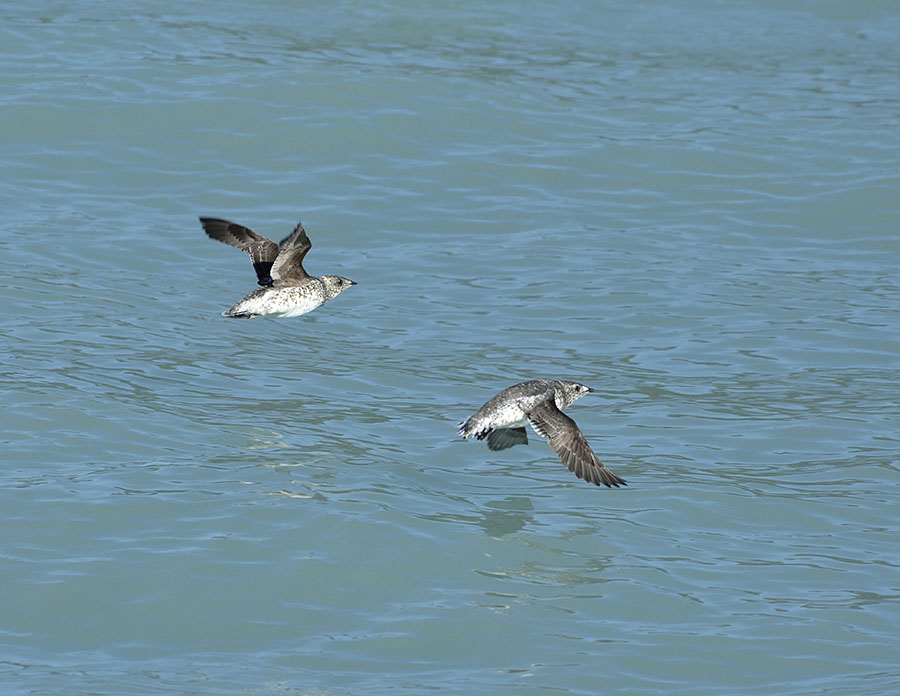 Four of the best-known glaciers are at the head of the west arm of Glacier Bay: the showy Margerie that the cruise ships stop to see… 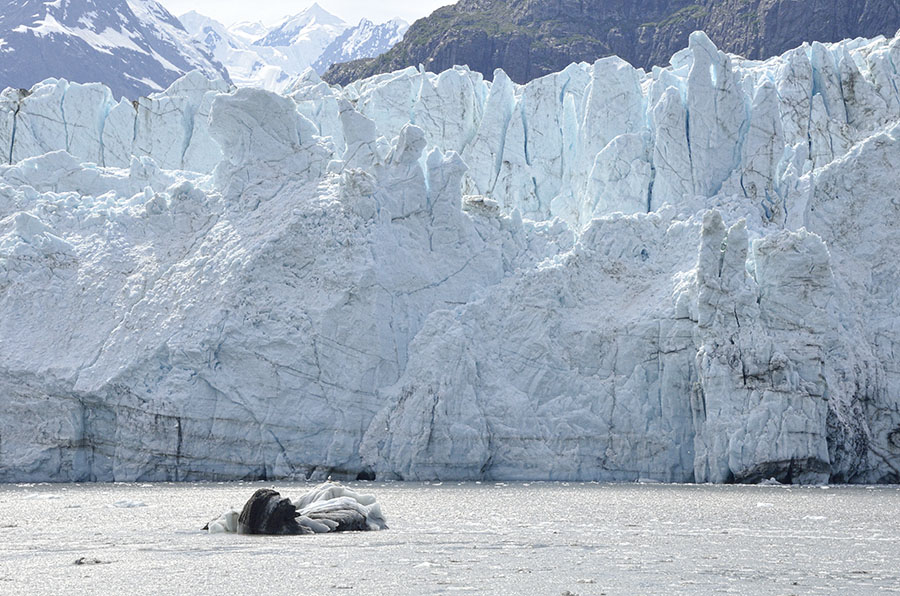 …and the Grand Pacific that is really the “mother” glacier – it covered the entire bay during the Little Ice Age in the mid-1700s, but now it is pretty flat and covered in rock grit – it doesn’t look much like a glacier anymore. 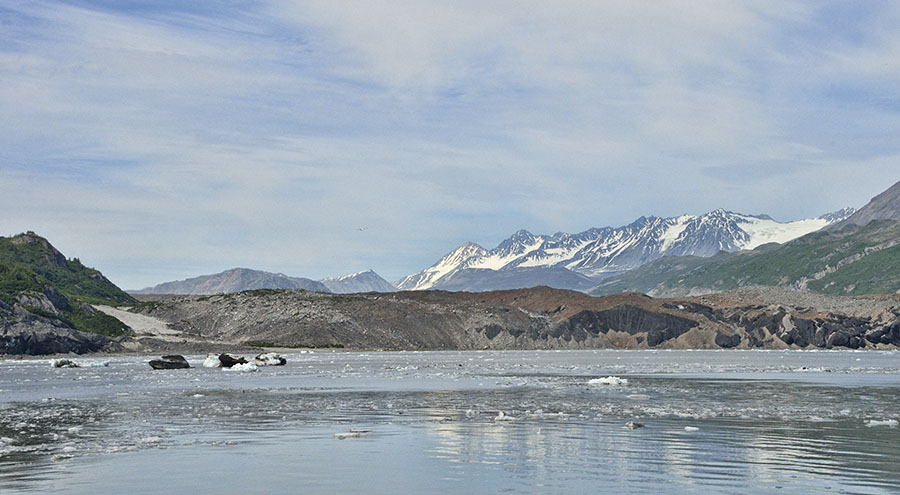 A little to the south and around the corner is the approach to the Johns Hopkins Glacier – which I think is the most beautiful with its surrounding mountains. 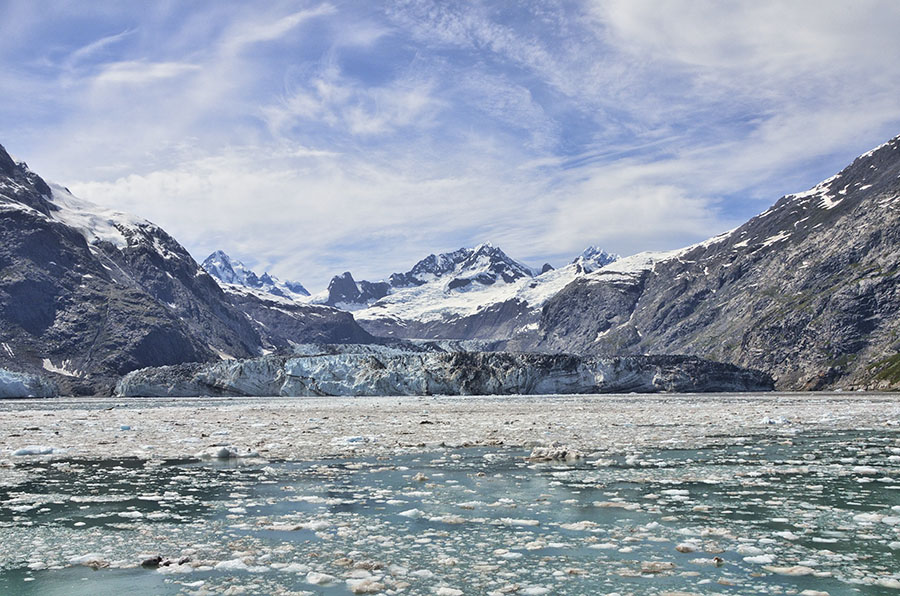 The approach was pretty clear until the last mile or two, then the brash ice was much too thick for us to get any closer. 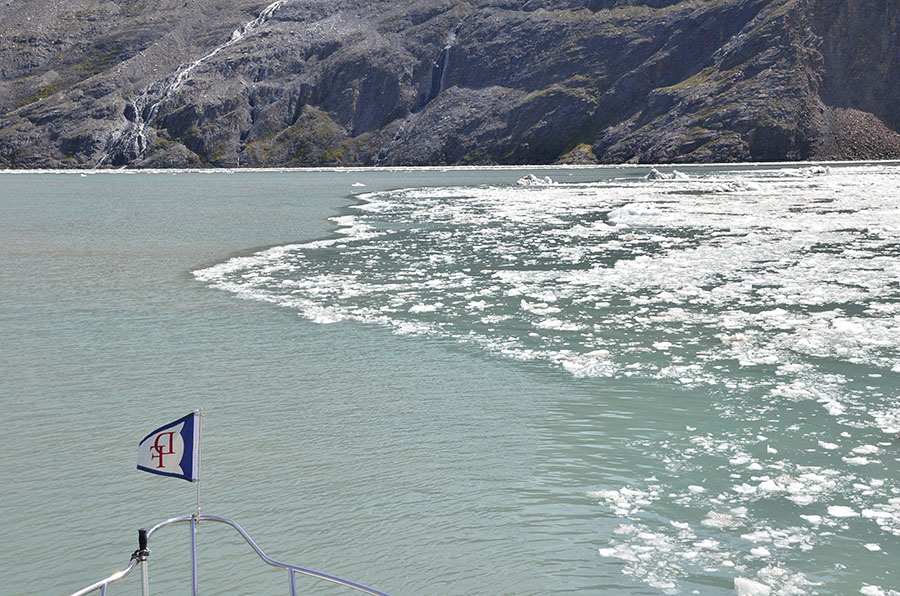 The Johns Hopkins Inlet is closed in May and June to give the seals some peace while they give birth to their pups, but we came after it was re-opened and got to see plenty of seals of all sizes. 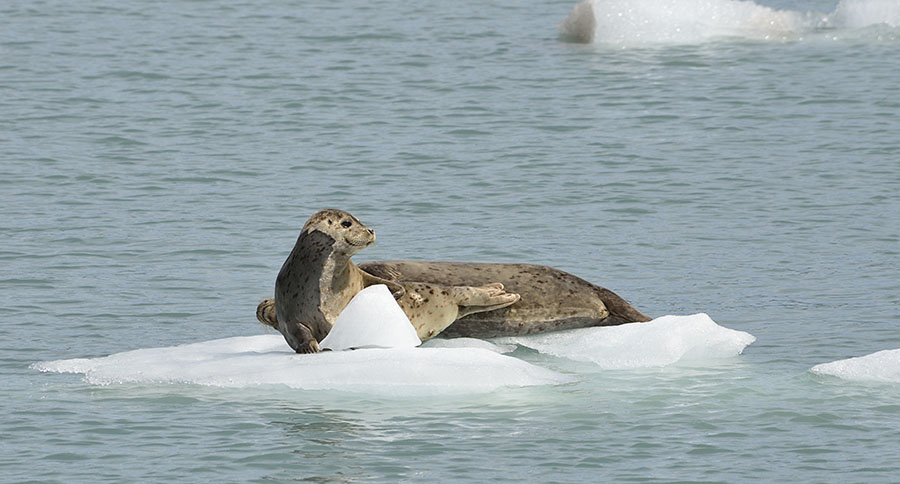 After loitering at the Hopkins glacier and looking at the various waterfalls from other hanging glaciers lining the sides of the inlet, we turned the corner and spent some time at the Lamplugh Glacier. 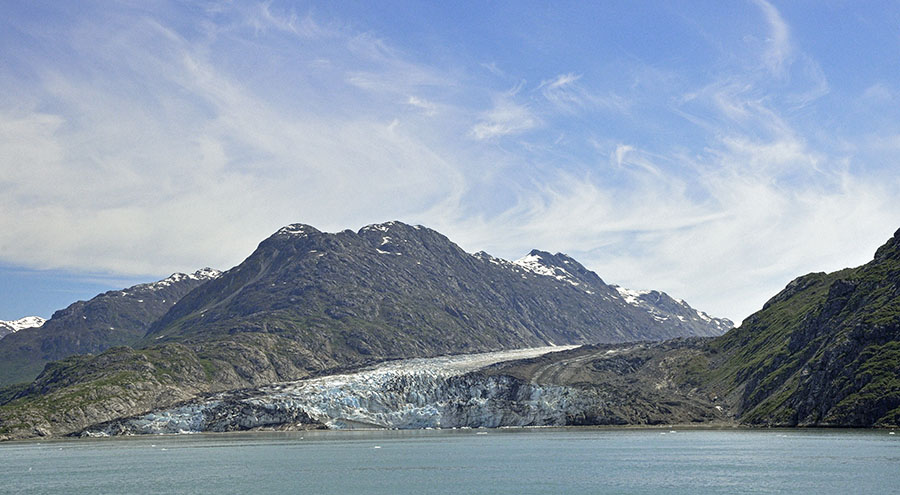 As the glacier is retreating, a mud flat is forming just under its face – visible at low tide.  Boulders of calved ice littered the flat, and with so little floating ice the seals were scarce. 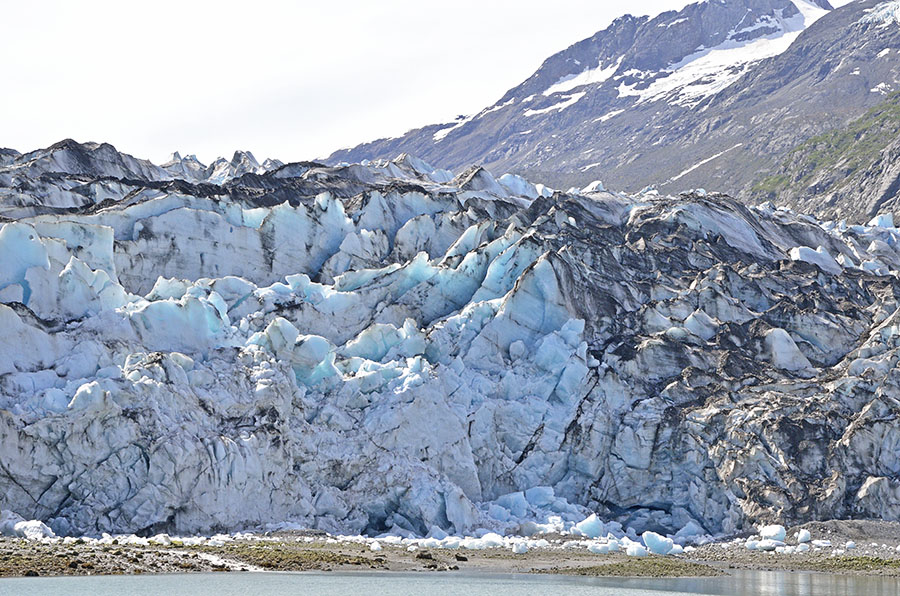 The Lamplugh has a lot of blue in it – each glacier has unique characteristics. 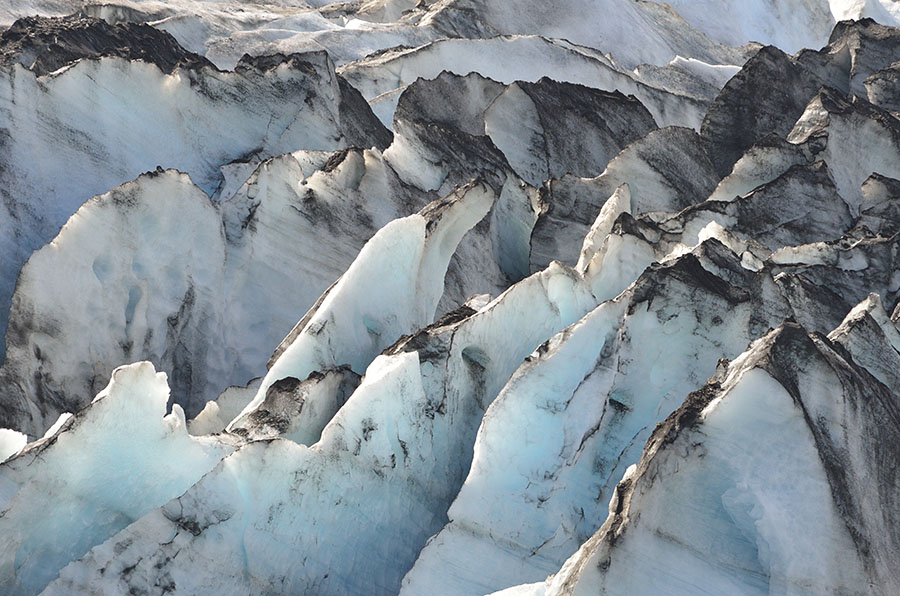 Tomorrow I’ll show you the Reid Glacier and some of the flowers and birds that make the Reid interesting – it’s a living laboratory to see how life emerges as a glacier retreats.