Most people outside of southeast Alaska have probably never heard of Elizabeth Peratrovich even though she was an important civil rights activist who pushed for passage of Alaska’s Anti-Discrimination Act of 1945 – one of the country’s earliest civil rights laws.  Alaska celebrates “Elizabeth Peratrovich Day” on February 16th to honor her.  Because Alaska was only a territory at that time, the U.S. Congress had to affirm the Act – and they did… yet Congress didn’t pass a national law until the 1964 Civil Rights Act.

What does this have to do with Celebration?  As we sat in the Elizabeth Peratrovich Hall in Juneau we watched native dancing, listened to stories, heard Tlingit, Haida and Tsimshian language spoken, and saw the joy and pride of native people – free to wear their family symbols and to enjoy the camaraderie of their fellow tribal members.  Celebration’s importance and popularity shows that a lot of progress has been made against discrimination of native people in Alaska, but I’m sure it’s not eradicated.  Fighting against discrimination (of any kind) is on the shoulders of each one of us.  As they say in the Florida Keys, we are all equal members of One Human Family.  With that as the backdrop, now it’s time to finish showing you the sights and sounds of Celebration 2018…

Our favorite dances are the ones that animate a story, such as the Raven dance clip in the video.  Some of the stories are traditional ones, but as you saw towards the end of the video there’s plenty of humor too. 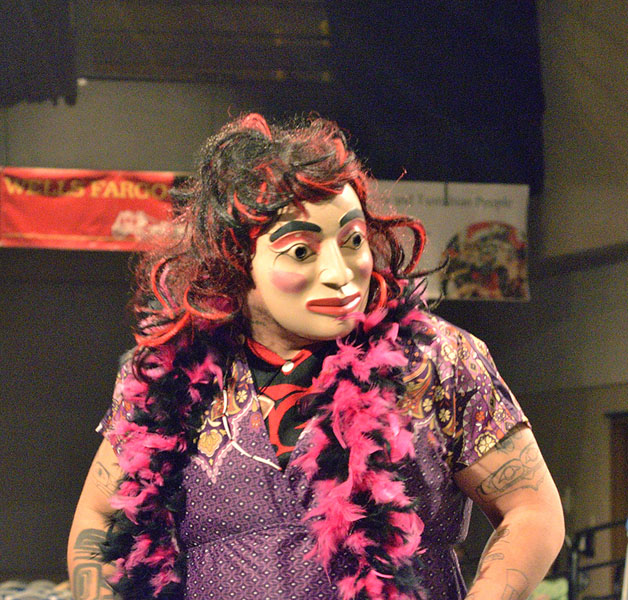 Everyone howled with laughter at the Star Wars-themed “Darth Raven” dance, complete with light sabers.

I only know one word of Tlingit – it’s “thank you”.  Gunałchéesh to all the dancers, drummers, and singers! 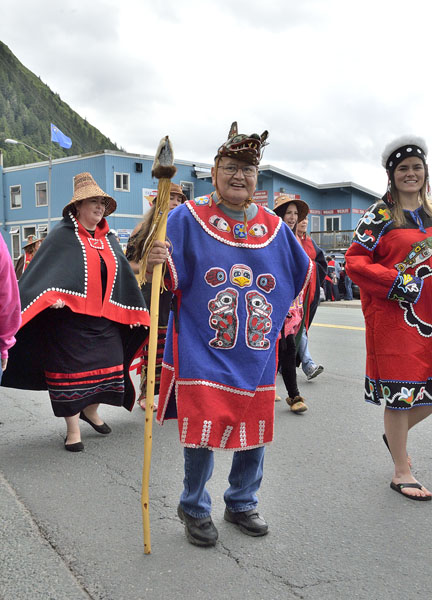 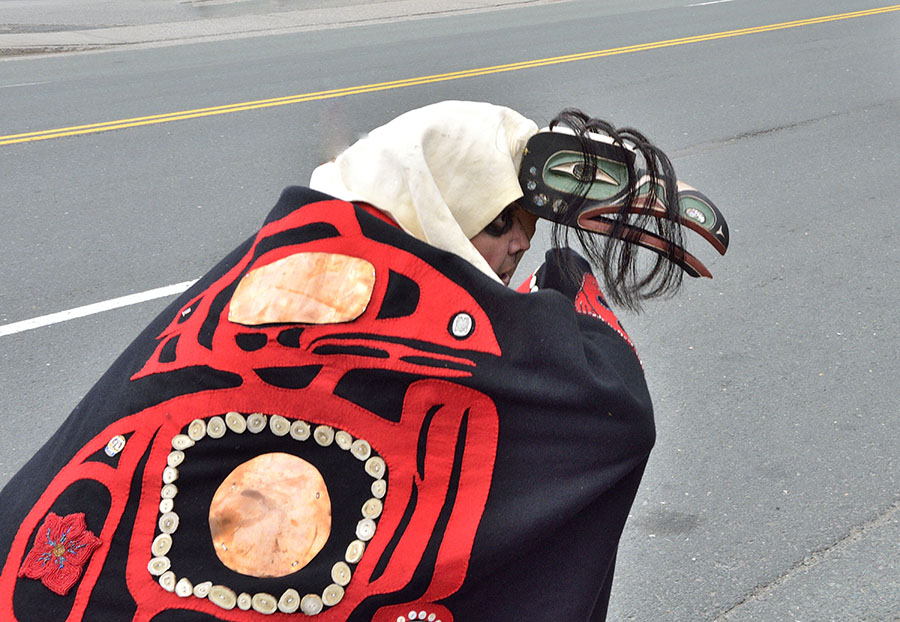 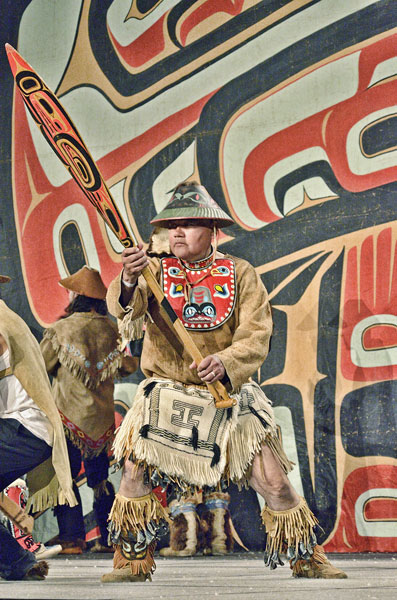 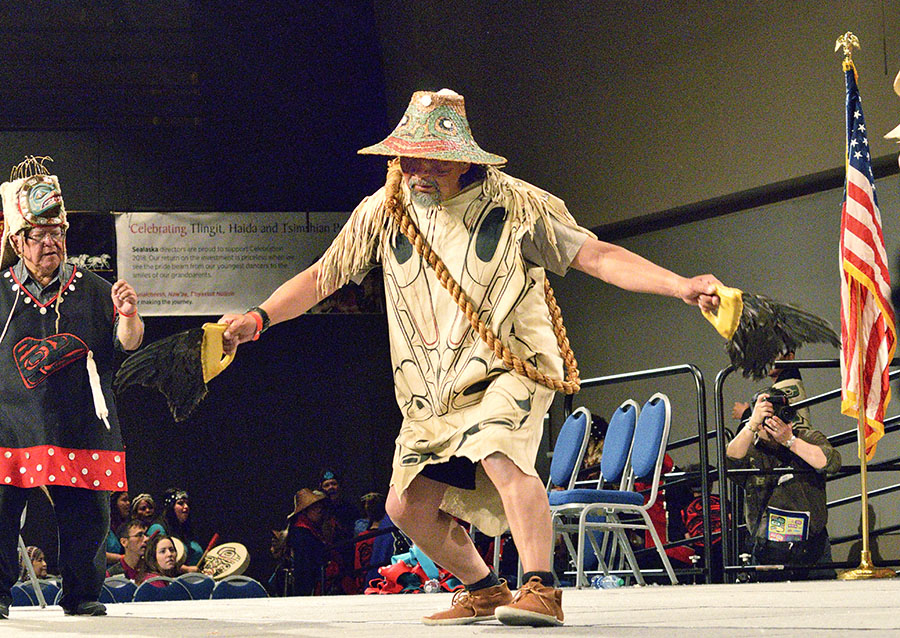 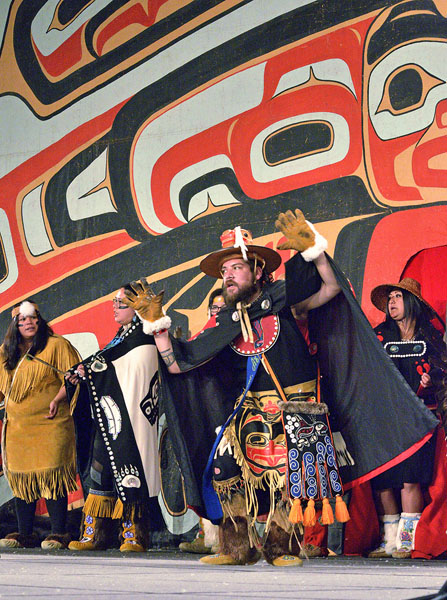 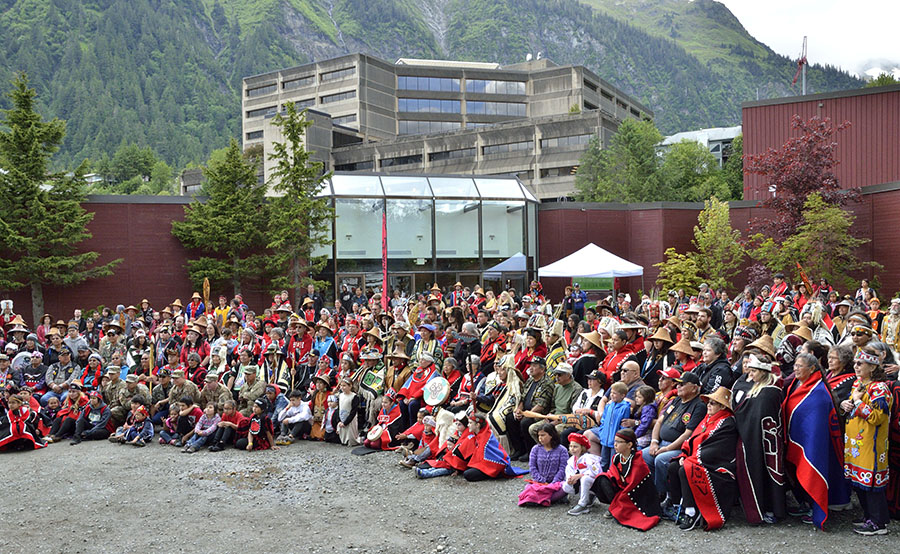