I’m interrupting the ongoing tales from the Olympic National Park to wish you all a very Happy Thanksgiving!

Thanksgiving is my favorite holiday, partly because autumn is my favorite season and mostly because, among all the different thoughts and emotions that drive my life, gratitude is the overwhelming one.  I’m humbled by how fortunate I am – to have been adopted into a wonderful family, to have been given opportunities for education and good jobs, to be able to travel, to live where I choose and to live the way I want.  Most of all I’m so grateful for amazing friends and especially Jim and our life together.

Growing up, I loved our Thanksgiving tradition.  We always went to dinner at my Aunt Beverly and Uncle Buddy’s place – an apartment over their funeral home.  Yes, a funeral home.  You can’t make this stuff up.  It had a beautiful carved oak banister and stained glass windows, and we usually parked in back and came in downstairs.  Down the ramp.  Past the casket elevator and the always-closed doors of the embalming room.  When I was a little girl I would say to Aunt Beverly, “some day I’d like to take a ride on that elevator!”, and she would say “…and some day, you will.”  (I didn’t get the joke until many years later as I walked by the elevator for the millionth time, and I just about fell over laughing.)  We never saw anything untoward down there – it was just the most convenient way to go upstairs.

Every year there would be a certain amount of kerfuffle in the kitchen between Uncle Buddy (who had a very gruff demeanor) and their housekeeper, a tough Austrian lady named Hanni.  The fuss would be about how much sausage or pepper to put in the stuffing.  No one would dare enter the little kitchen during the dinner preparations – never in my entire life, until Jim was invited to help make the mashed potatoes the first time I brought him around.  Unprecedented!  I had to marry him after that ringing endorsement. 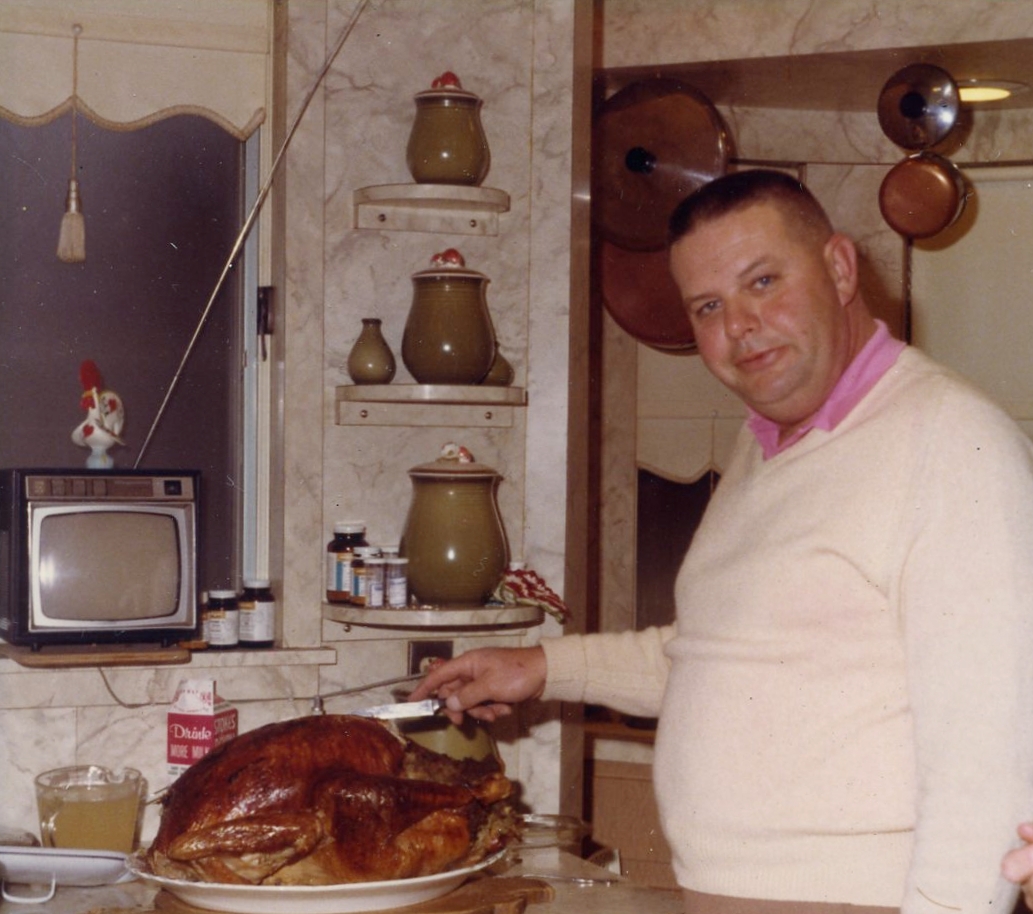 Note that Uncle Buddy is wearing a pink shirt and a pale pink sweater.  I never saw him “at work”, but since he had to wear nothing but black in his professional life he chose to wear colorful things in his social life.  He was built like an NFL linebacker, so no one would ever make a snarky comment about a guy wearing pastels.  My favorite was his emerald green silk suit (with the pale pink tie).  Fabulous!

Those Thanksgiving dinners were an odd collection of 20ish family and friends – some real characters, and often a few “strays”.  Sometimes it was a freelance embalmer or hairdresser (the kind whose customers don’t tip, but they don’t complain either)… but that’s part of what made it fun every year – wondering what outfit the Bronx relative would wear, figuring out how to escape Hanni’s smack on the tush (and her comment about one’s weight), and what other people might be there.  Always interesting.

You know how little kids get antsy when these family dinners linger too long?  When we were at that age Dad would take us downstairs to the parlor level and he’d play hide-and-seek with us.  It was a big place, with dividers to make the parlors bigger or smaller, and we’d stay out of parlors where someone was laid out (out of respect, though I always liked how the flowers smelled).

For almost 40 years that was our Thanksgiving tradition, and I still miss it.

I like Thanksgiving so much that Jim and I got married on Thanksgiving weekend – 29 years ago.  We have no idea how so much time has passed so quickly.  Who are those young, thin people? 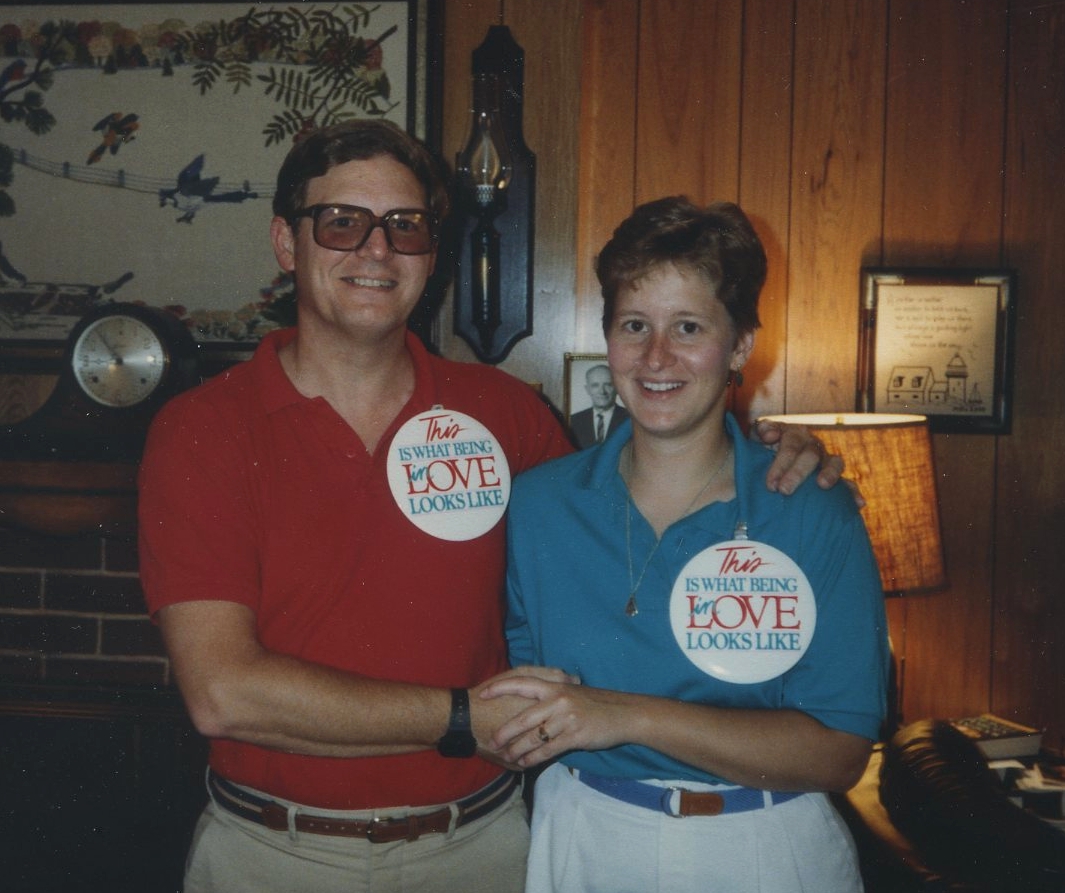 Even with all the terrible losses of close friends and my brother this year, I still feel grateful – to have had people that I cared about so much in my life.  The pain of their loss is a reminder of the amount of joy we had together.

My cup runneth over, and I hope yours does too.