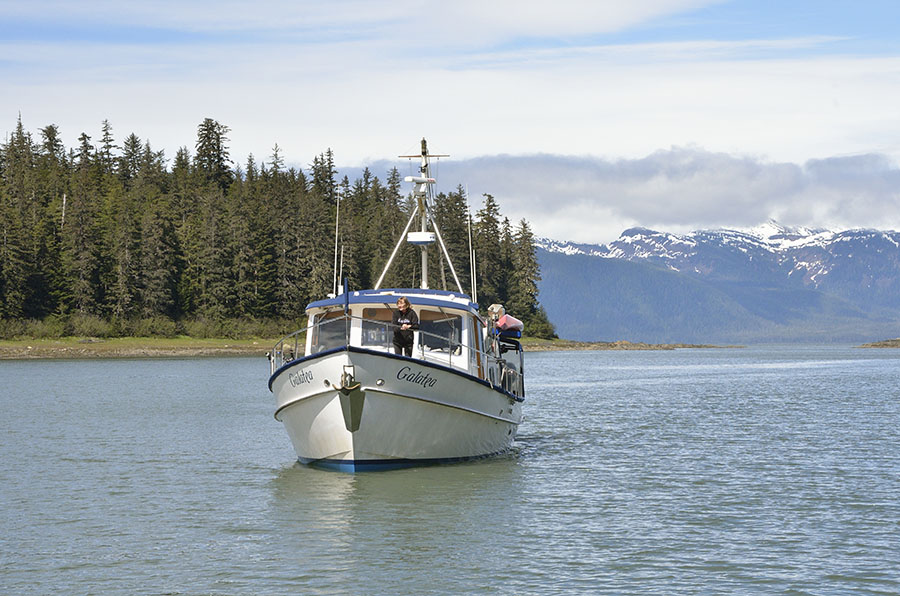 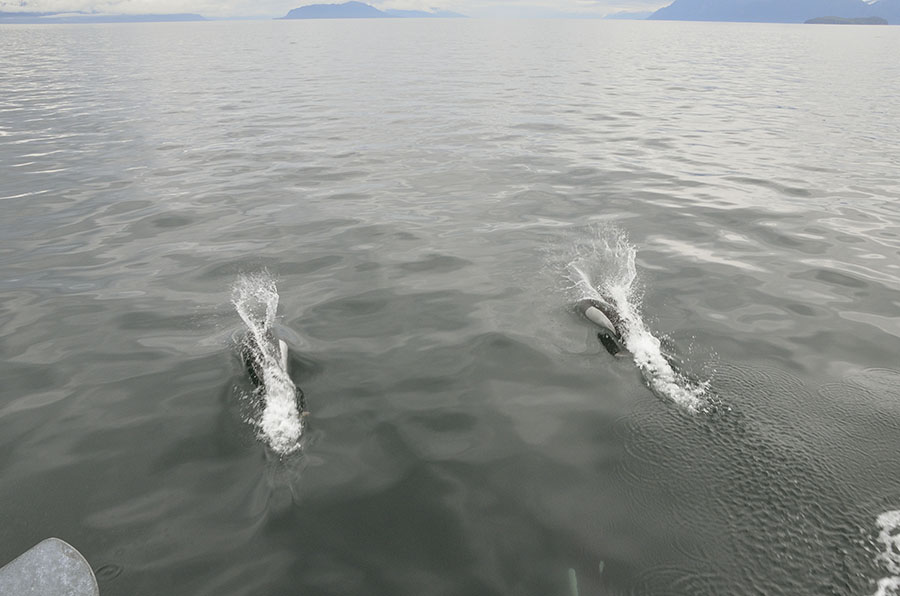 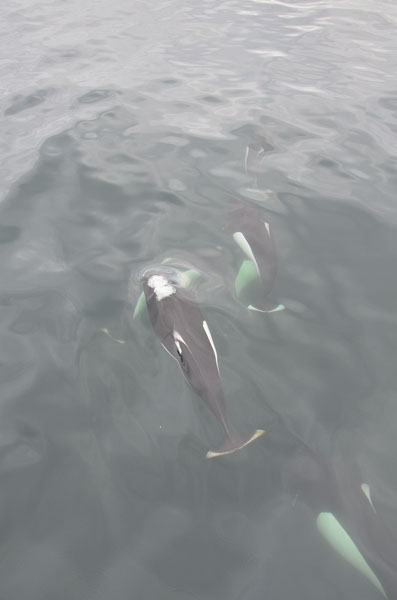 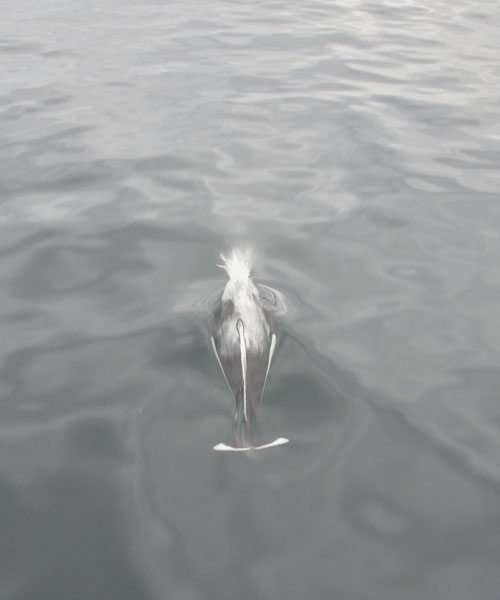 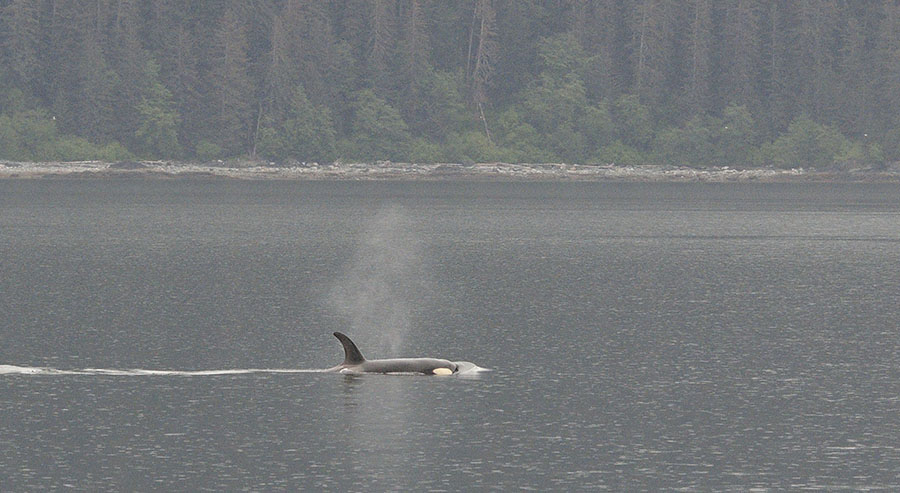 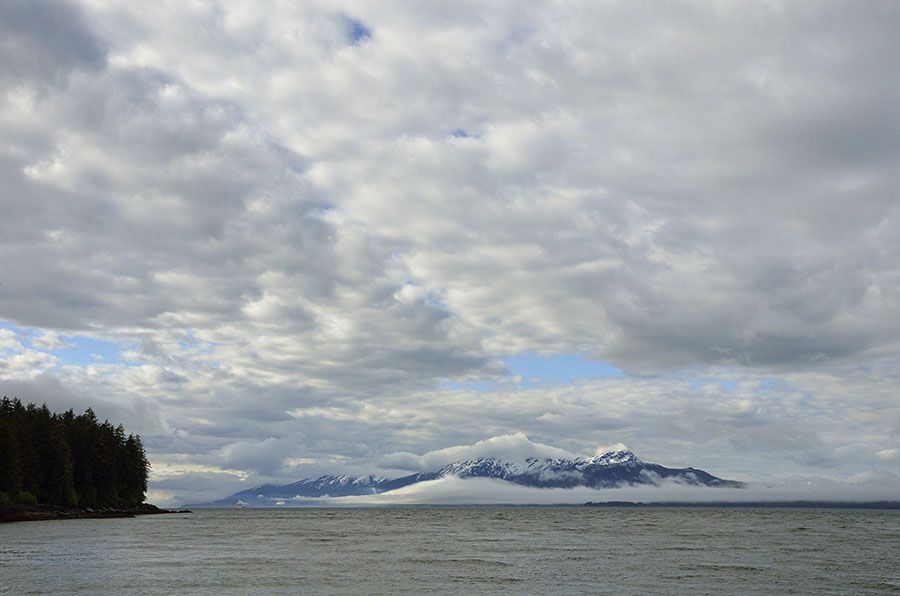 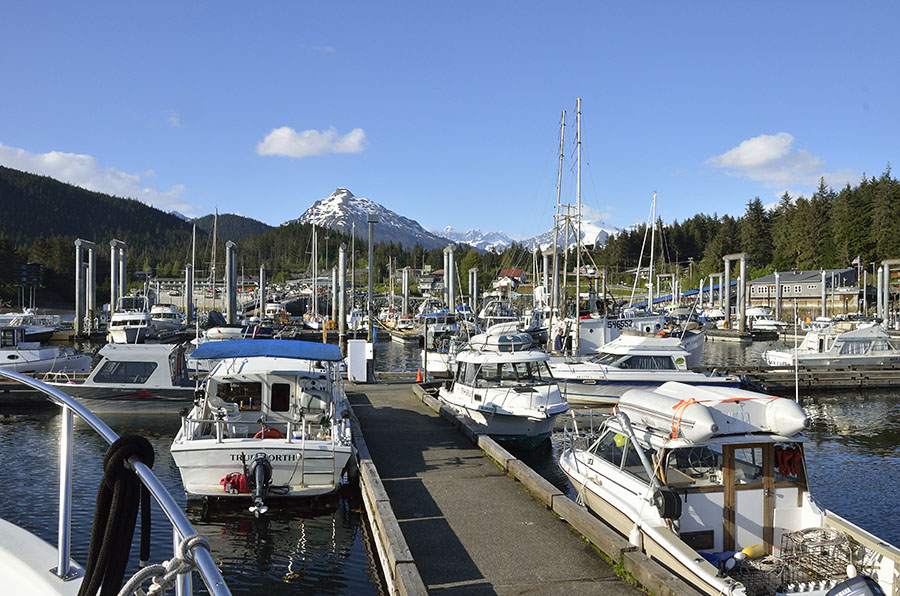 It’s time to wrap up the tales from our late winter road trip since, in reality, we’re now about to cast off the lines and get ADVENTURES underway for summer cruising on the water.  We certainly enjoyed cruising on the land, but it can’t compare to cruising on the water, especially here in southeast Alaska.  It’s a wonderful place to find some peace and healing.

The final park we visited was Capitol Reef National Park in southern Utah.  The “reef” is a monocline – a natural wrinkle in the earth’s crust that’s almost 100 miles long.  The “capitol” part of the park’s name comes from some light colored pointed dome features. 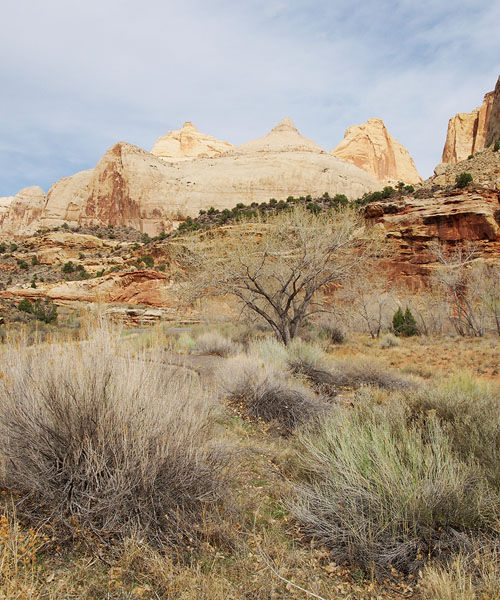 The park has a nice variety of hikes, with natural arches… 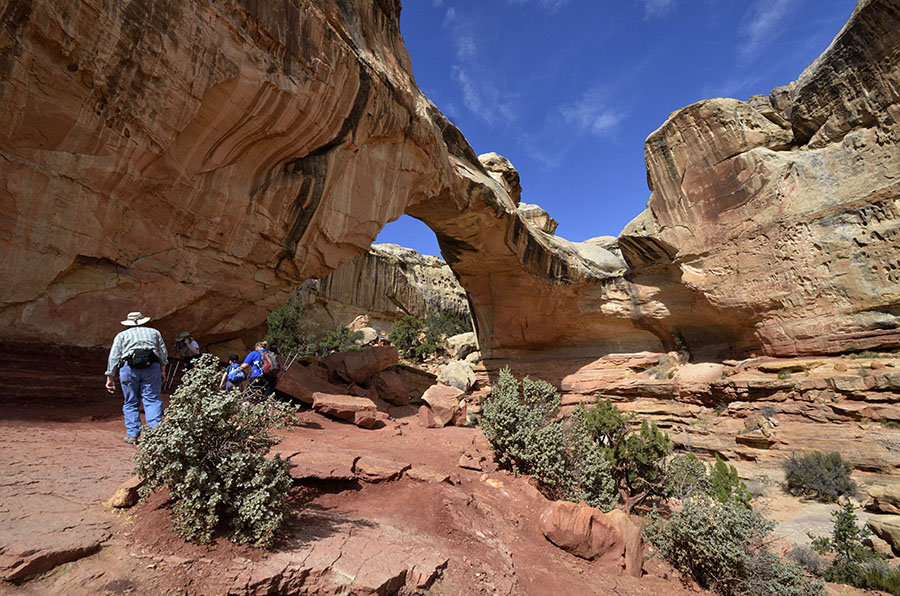 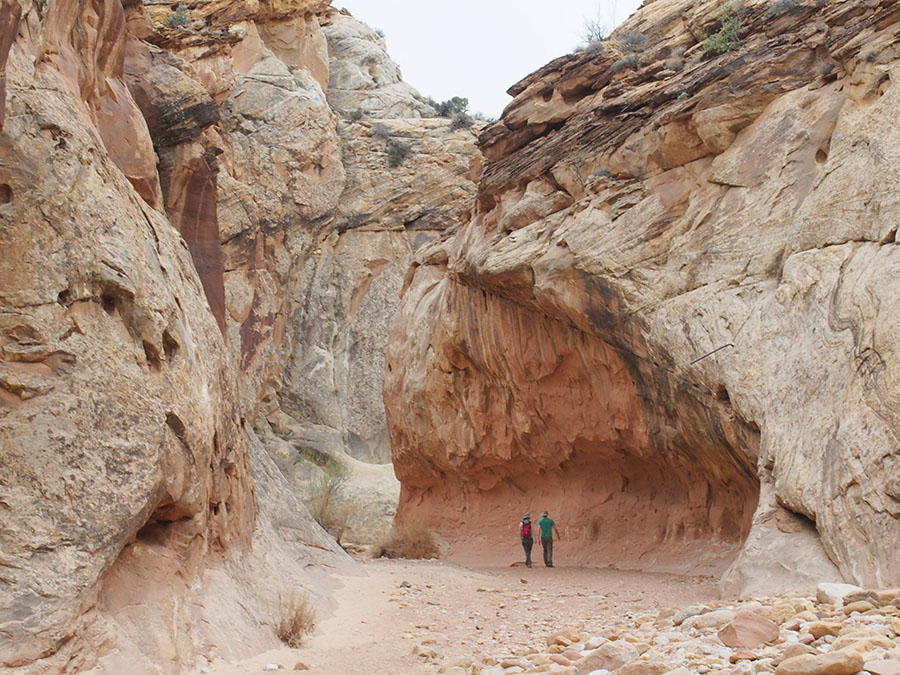 …round depressions that capture water called “tanks”, odd holes and shapes from wind and water erosion… 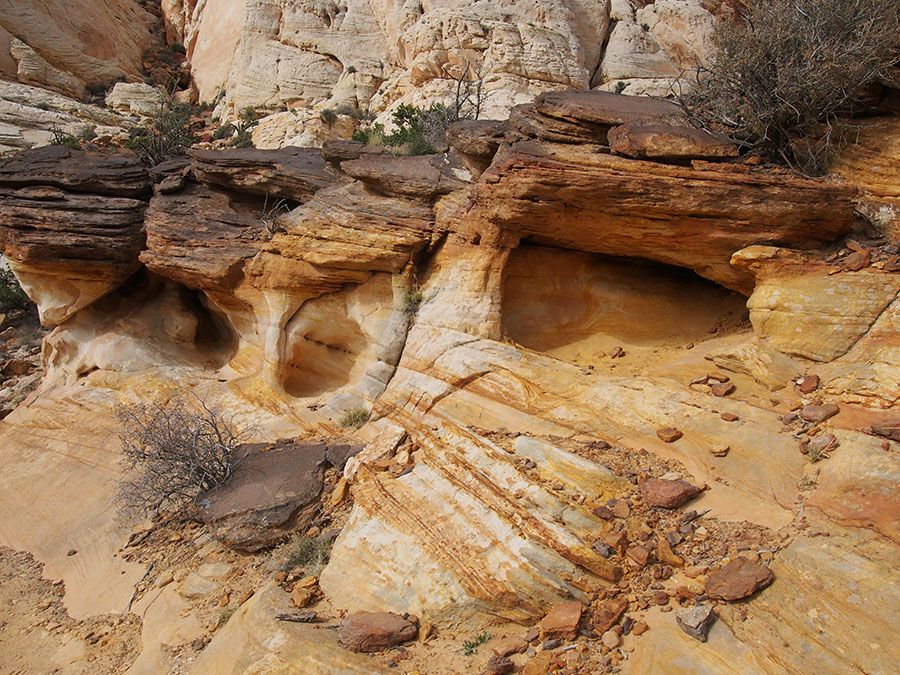 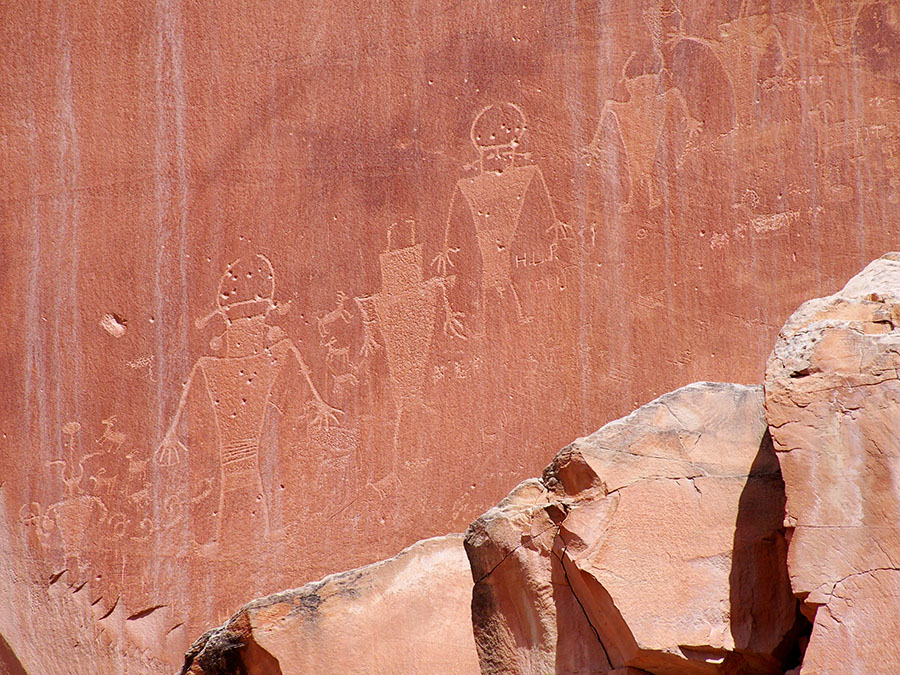 Although we wanted to explore the farther reaches of the reef, we were running short on time and had to settle for the Scenic Drive… not too shabby! 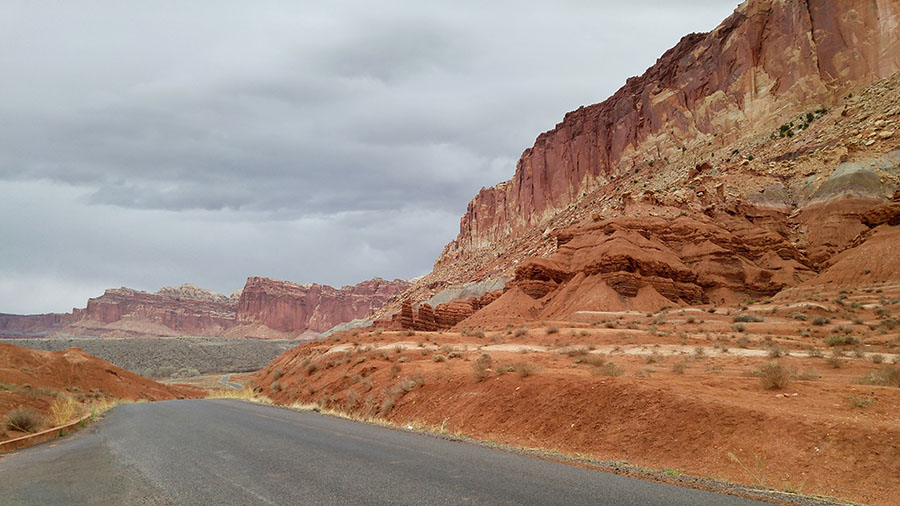 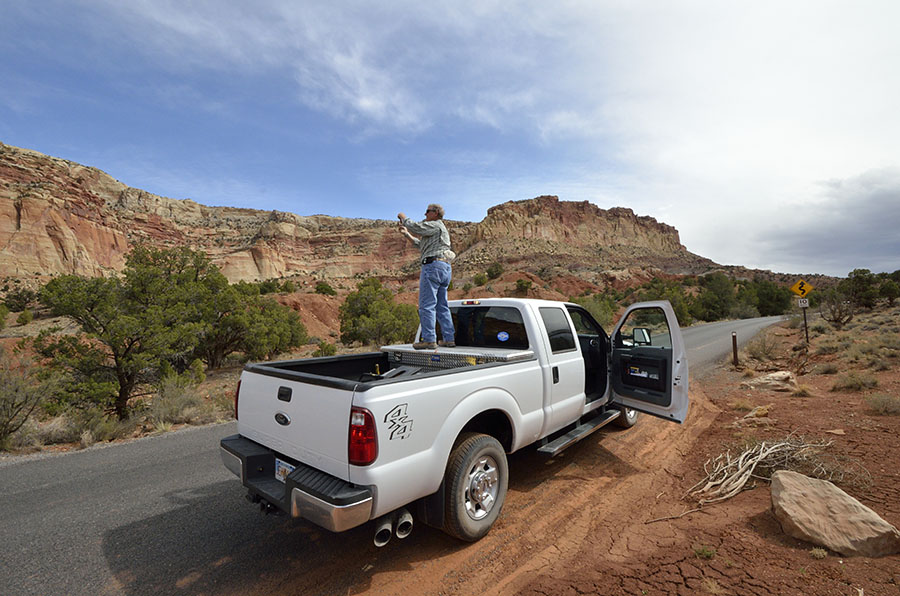 …and I loved the vivid colors in the rock layers. 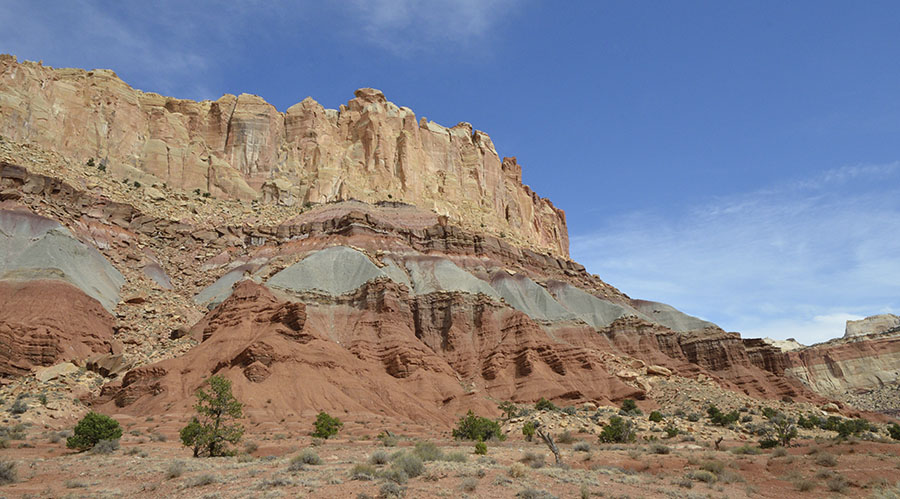 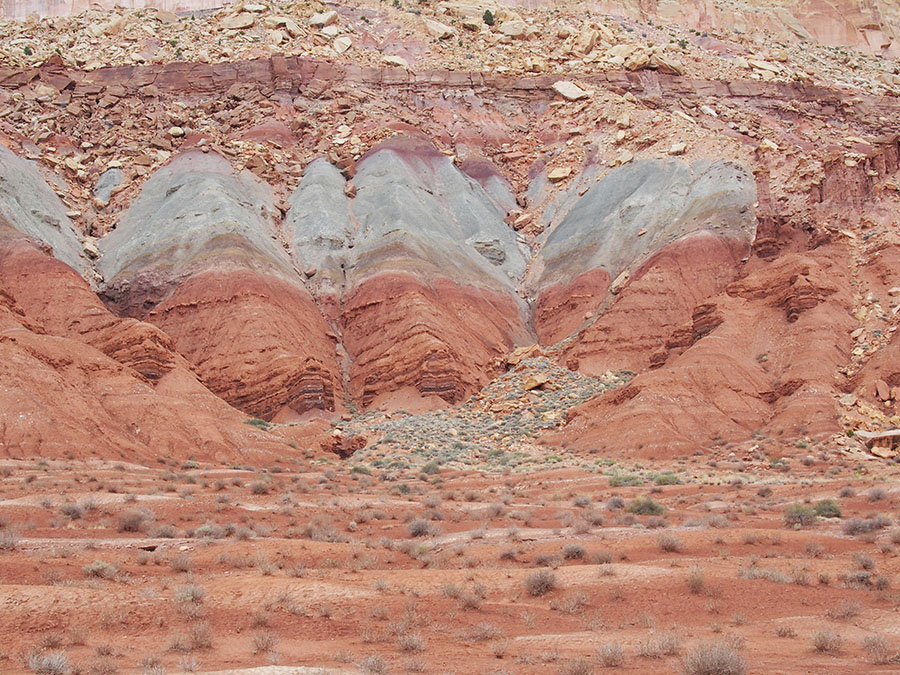 Deer and wild turkeys were the dominant wildlife that we observed, and we definitely plan to return when we have more time. 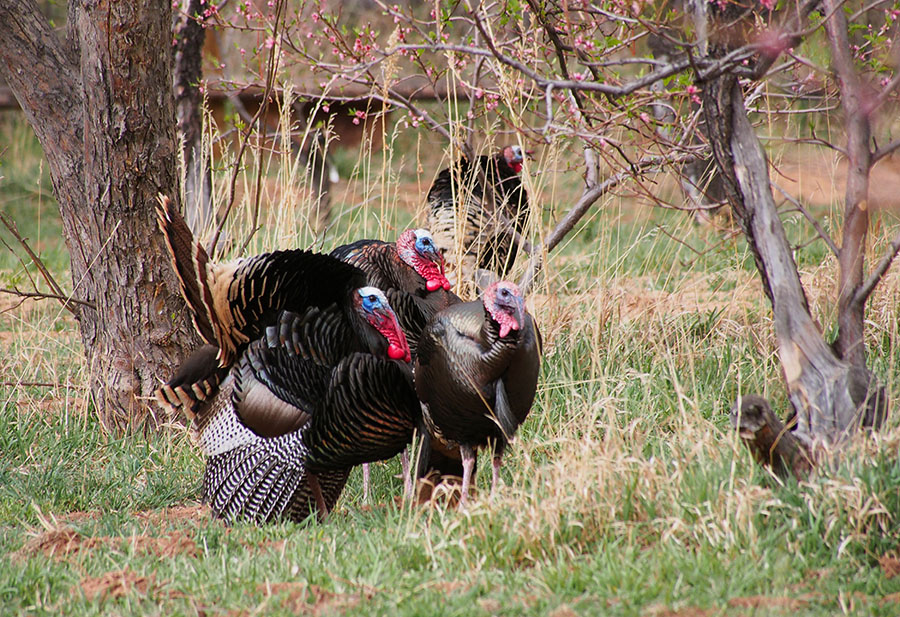 We were staying in a campground about 20 miles outside the park, and we passed a little area that we remembered visiting with a photo group when we lived in Salt Lake 25 years ago. 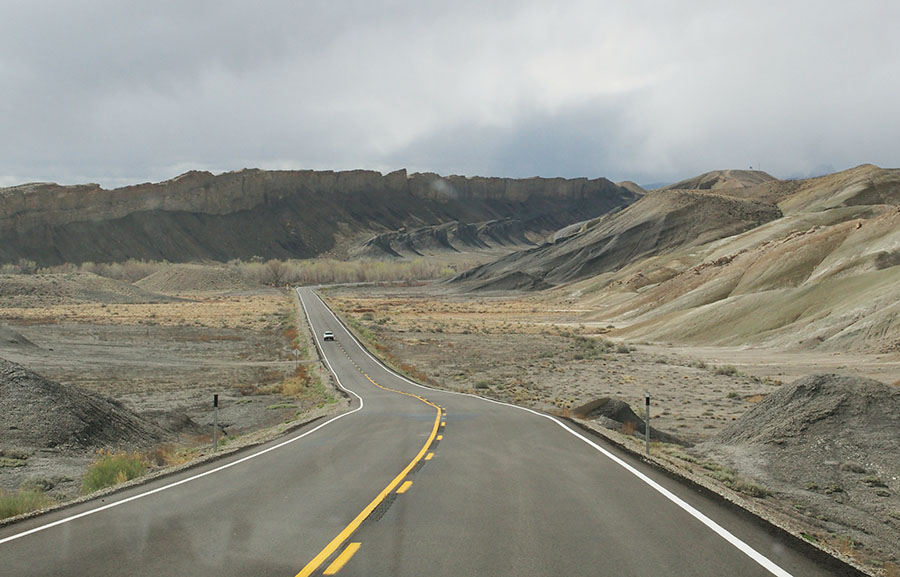 After poking around we finally found the right road and were rewarded with a view of Factory Butte. 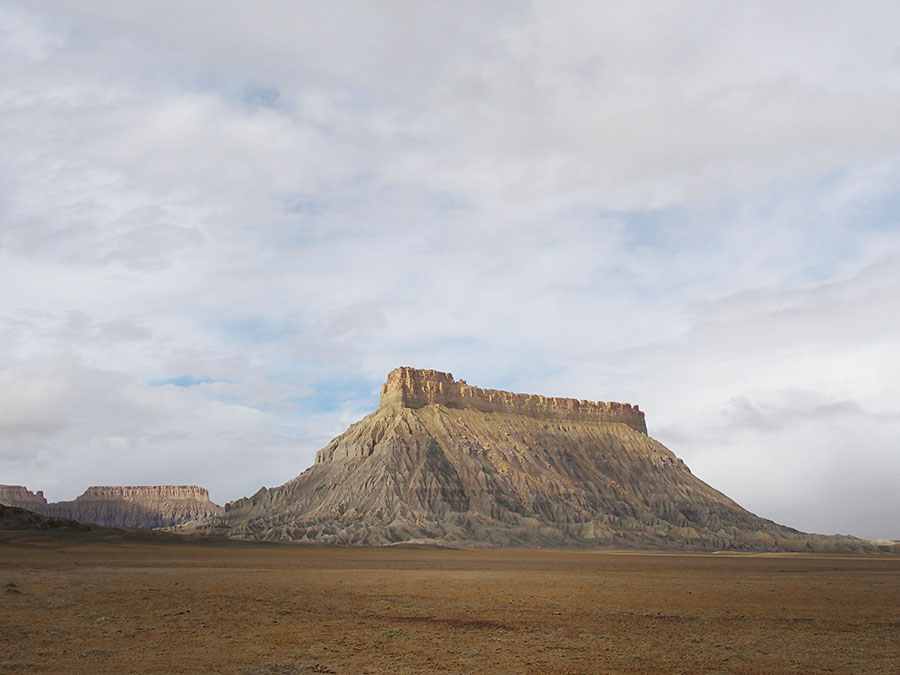 Although it was tempting to hike out to the foot of the butte (it’s one of those things where it looks closer than it is, and you hike and hike and hike and it never gets closer), there are some washes nearby with odd colors and shapes.  Add some approaching storm clouds and Jim had a tough time getting me to leave. 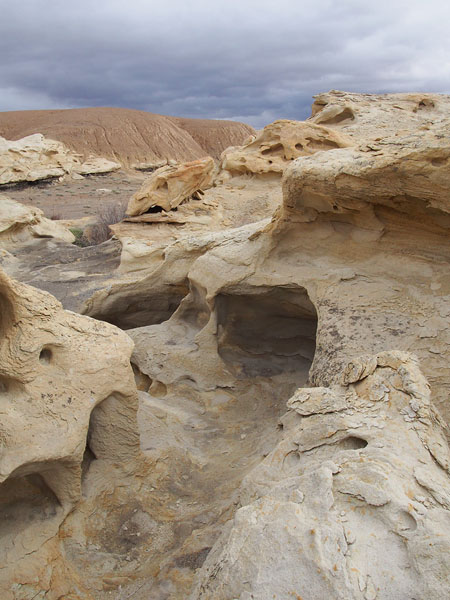 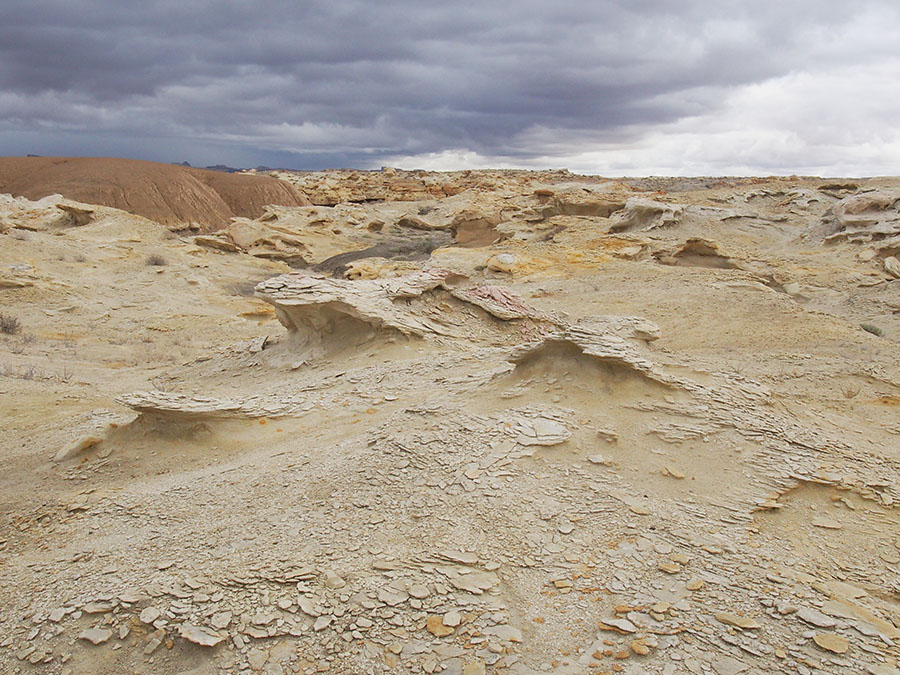 Oh, and remember – always keep a sharp lookout for wildlife on the road.  You never know what you’ll run into. 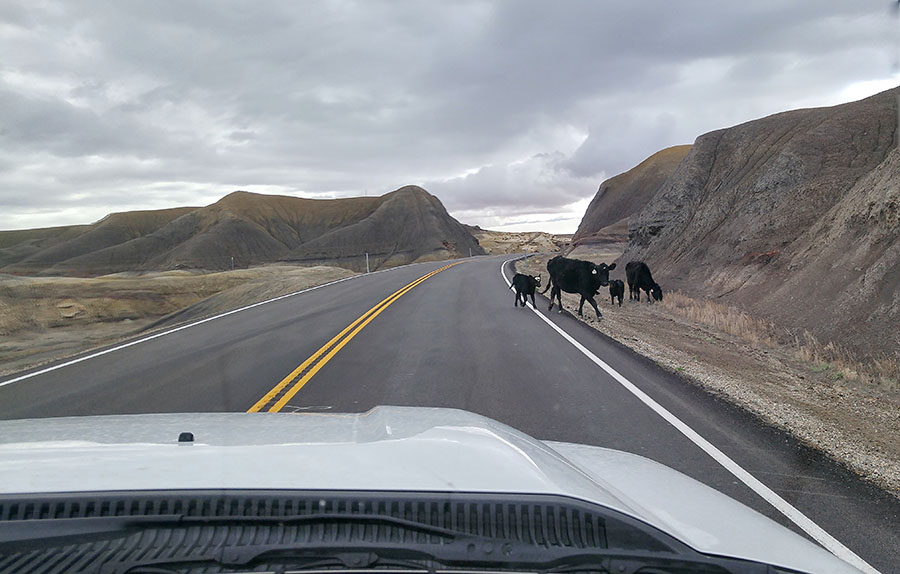 We put the camper to bed for the summer, took the very interesting Boeing Factory Tour, and checked out Paul Allen’s excellent Warbird Museum before we did a little shopping and set up a pallet to go on the barge to Petersburg. 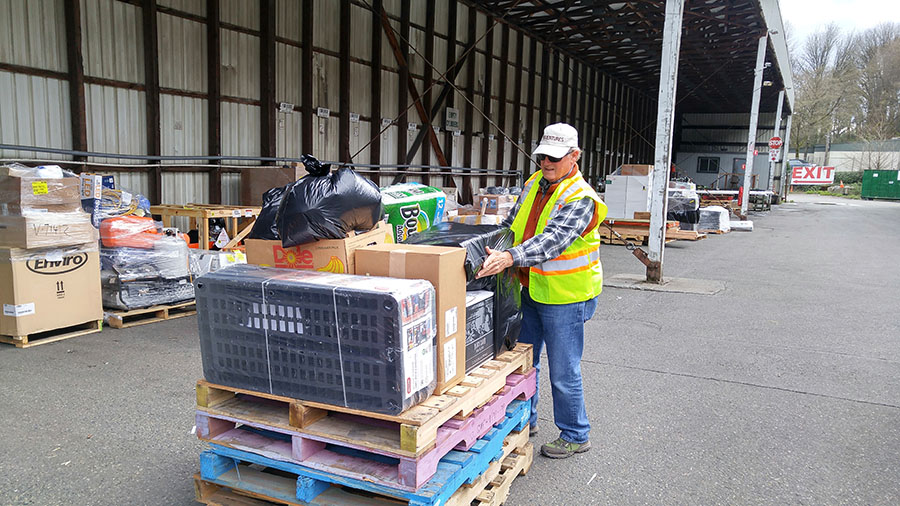 I don’t remember how many miles we traveled, but we visited 7 National Park/Monuments and 3 state parks, and we had a ball.

The news we’ve been dreading for the last eight months finally came last night- my brother lost his battle with pancreatic cancer.  Bob was 52.  He was a husband and a father, an Air Force veteran, and a retired police detective.  And he was my only brother and I loved him dearly from the first minute I held him as a baby. 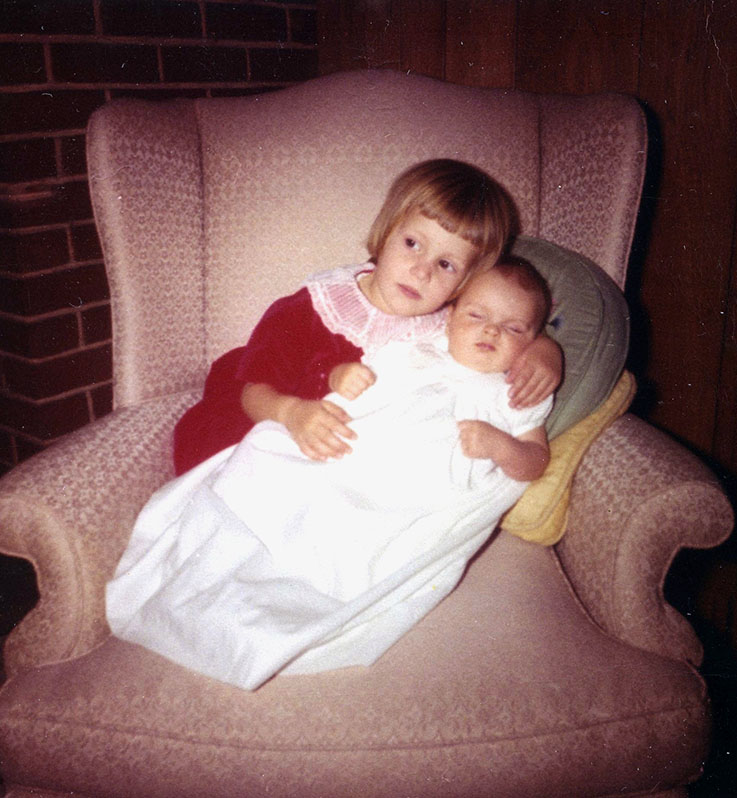 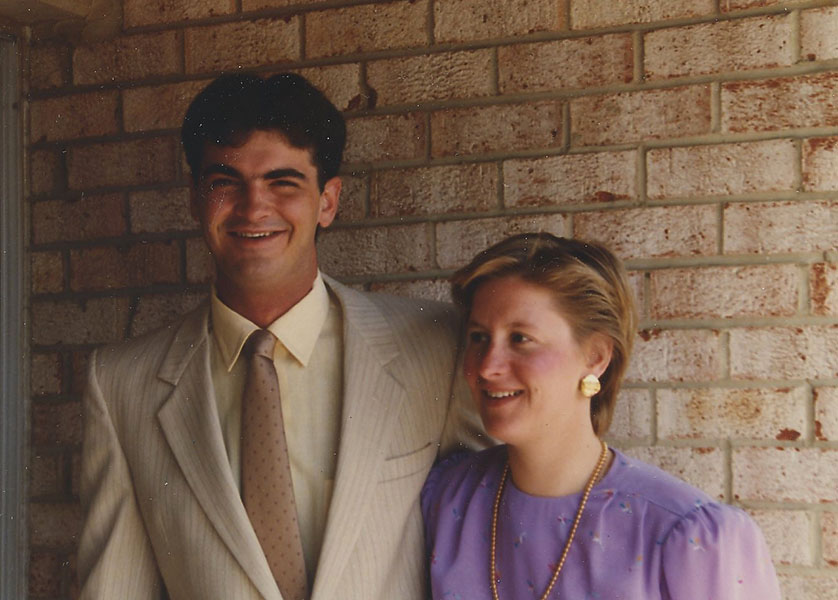 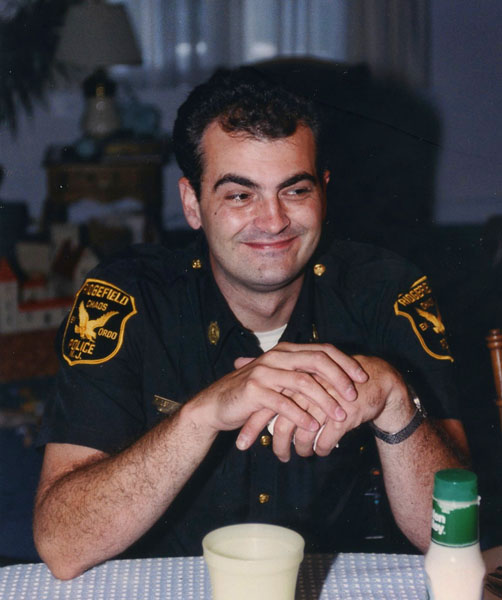 We’ve already lost four friends since Christmas, so this has been a very difficult time for us.  Tom Hall, Bob Smith, Kevin Ziese, and Becky Bace all departed far too soon, and left gaping holes in our hearts.

We’ve tried to soldier on and live our lives as best we can, having adventures and savoring all the beauty and wonder around us.  And we understood that these health struggles were private things that we couldn’t really talk about much.  But as my friend says, a burden shared is a burden halved… and so I’m sharing our very deep sadness in the hopes that it helps to duct-tape our shattered hearts back together a bit.

No matter how sad it is to lose someone you love, I can’t help but think about how very grateful and blessed I am to have loved someone that much, and to have been loved back that much.  Not everyone is so lucky.  It hurts because it was such a good and wonderful thing.