Driving east out of Death Valley we crossed into Nevada, keeping an eye out for wild burros as the road signs warned.  Sure enough, we spotted several on our way to Las Vegas.  Las Vegas is not my kind of place so I was dubious when Jim suggested adding it to our road trip plans, but he assured me that there were interesting things to see (the Hoover Dam) and wilderness places to explore (Red Rock Canyon and Valley of Fire). 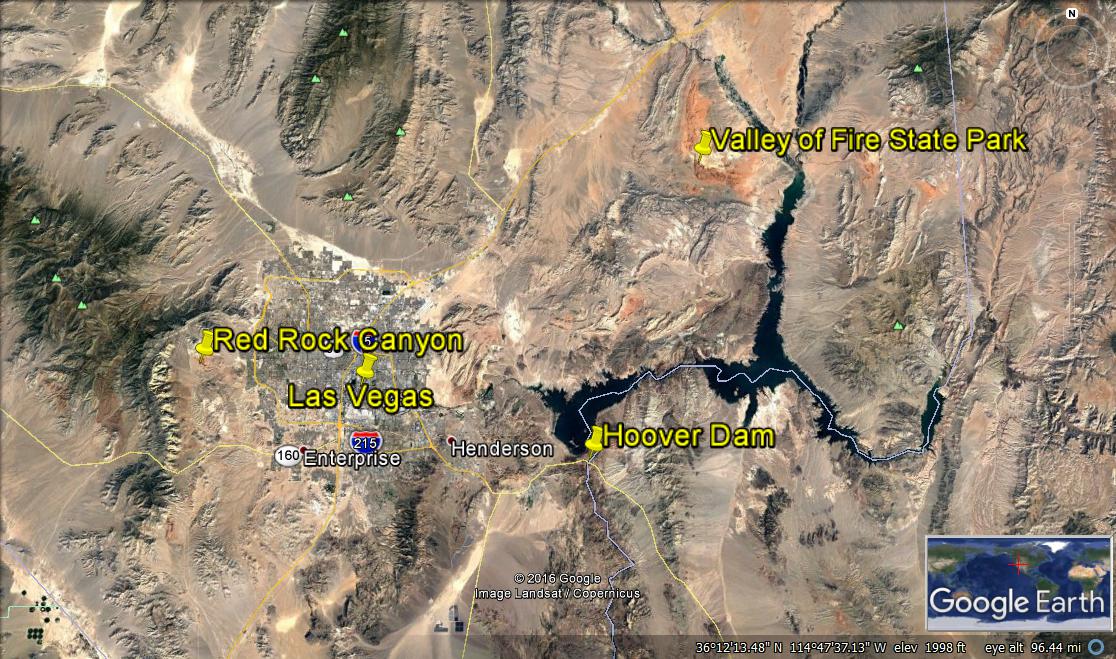 I never knew there were such neat places to see just outside the city, though I confess that we set foot in a casino on one evening – but only to meet a friend for dinner.

Hoover Dam is really quite interesting, and we spent most of a day there thinking nerdly thoughts and appreciating the feats of engineering required to build this massive dam in the 1930s.

We took the full tour of the dam, getting inside the structure to learn about power generation… 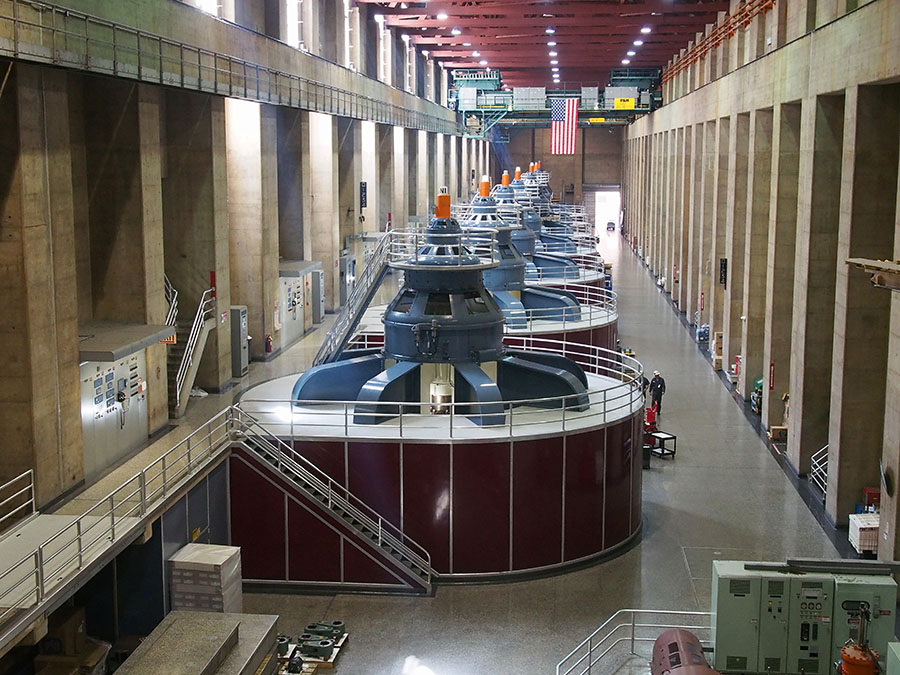 …and even walking hunched over to a ventilation grate in the middle of the dam to shoot a few photos from an unusual location. 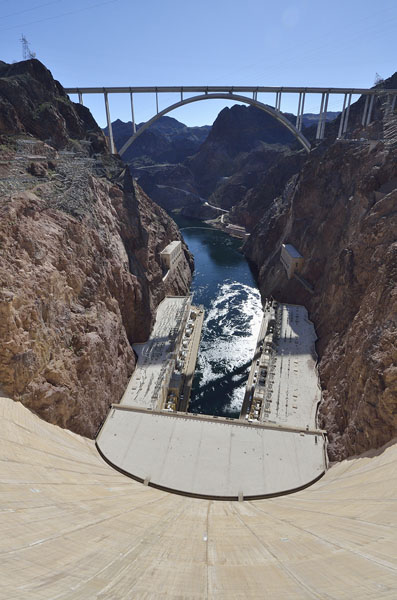 The most interesting thing we learned in our big dam day was that the dam is strictly there to control the flow of water downstream (to agriculture and population centers primarily in southern California).  We thought power generation was important, but it’s entirely secondary to the water control.  If there’s a need for water downstream then power will be produced, otherwise most of the generators remain offline. 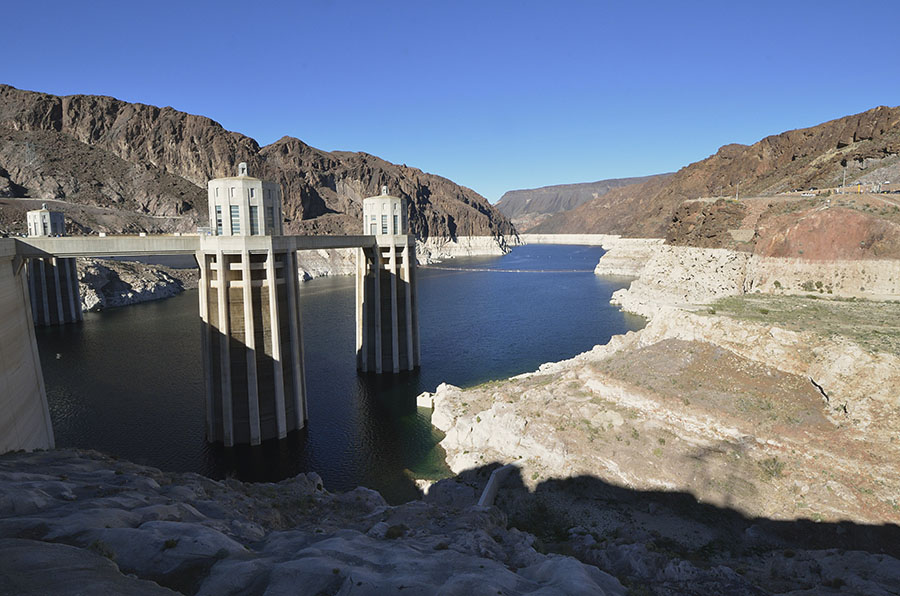 In the photo above you can see the light colored mud line on the shores of Lake Mead – it’s 142′ above the current lake level.  The annual draw on the lake level is about 16′ and the average increase in lake level is 11′, so the dam has been running a 5′ deficit per year.  Sobering. 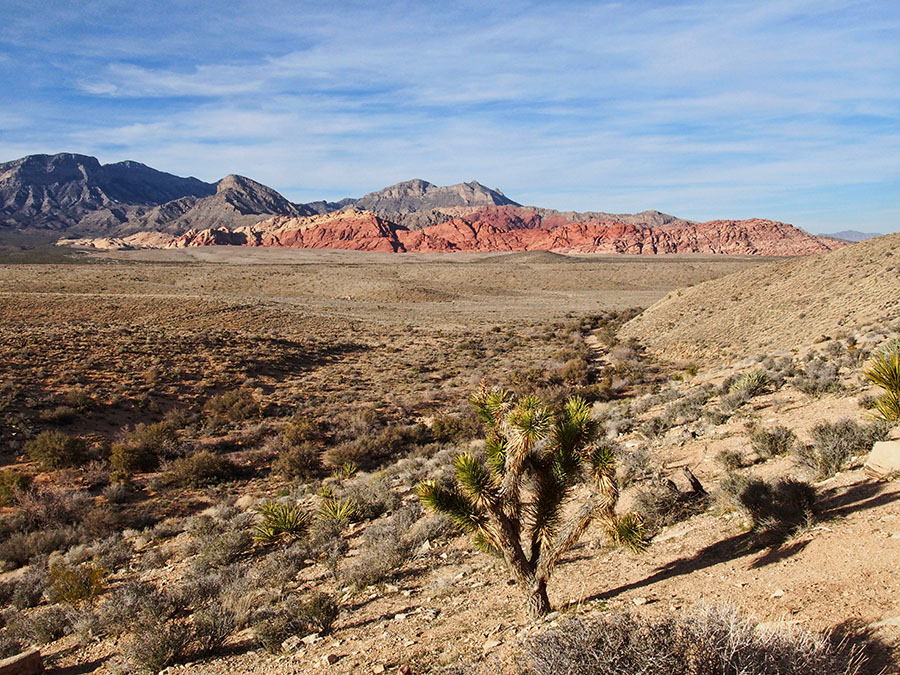 There’s a superb visitor center with excellent displays and views, a 13 mile scenic drive, hiking trails and petroglyphs.  With glorious 80 degree weather the canyon was very popular, even on weekdays, but we enjoyed the hiking and the striking colorful scenery. 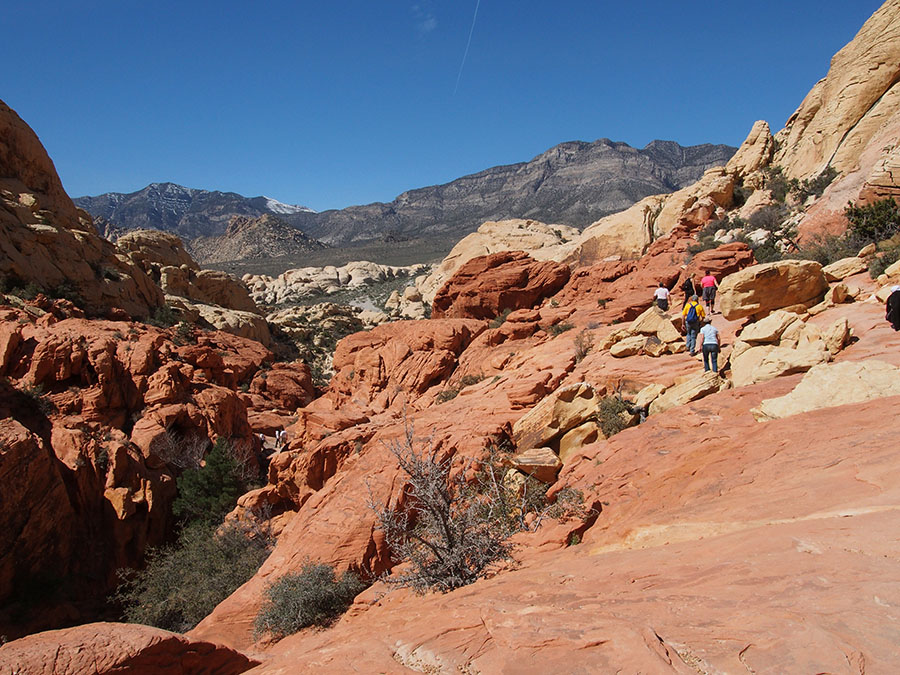 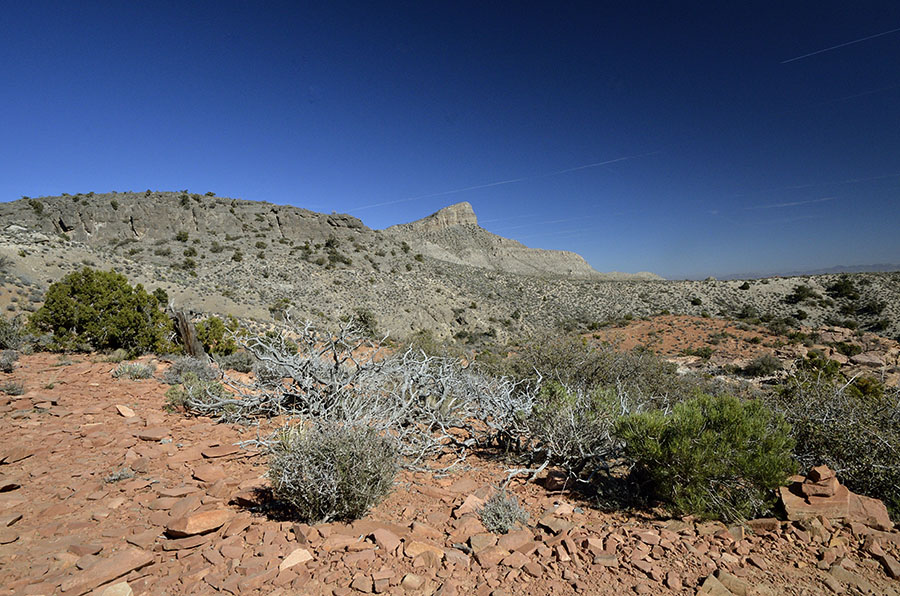 The season was still a little early for the desert tortoises to appear, but we saw a number of lizards and a kit fox – a nice surprise. 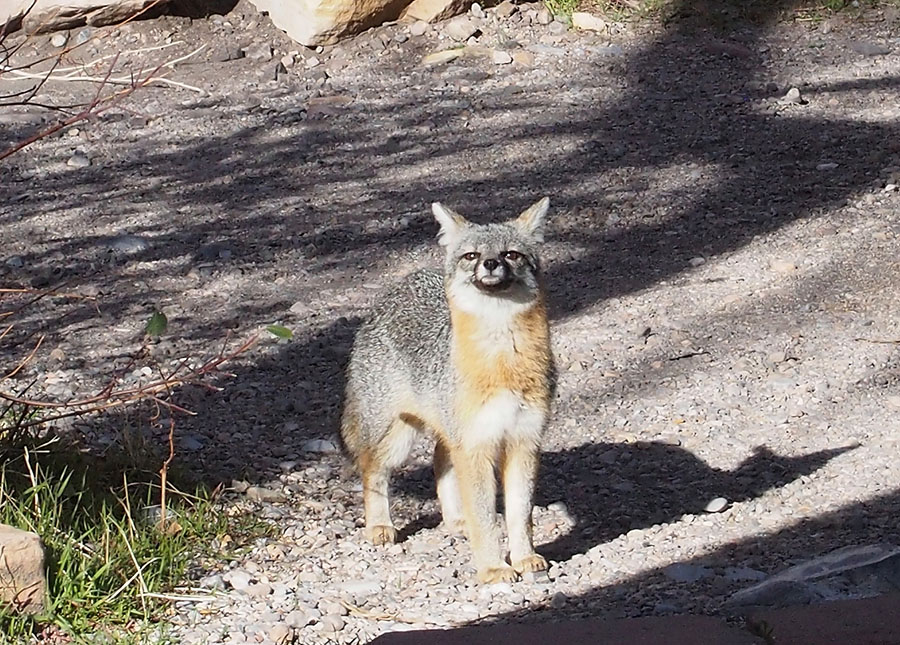 While we thought the dam and Red Rock were really neat, Valley of Fire State Park was the most impressive.  It’s smaller than Red Rock Canyon, more compact, but we liked that there were a number of shorter hikes on a variety of terrain so we could sample different things in just one day.  Oh, the colors! 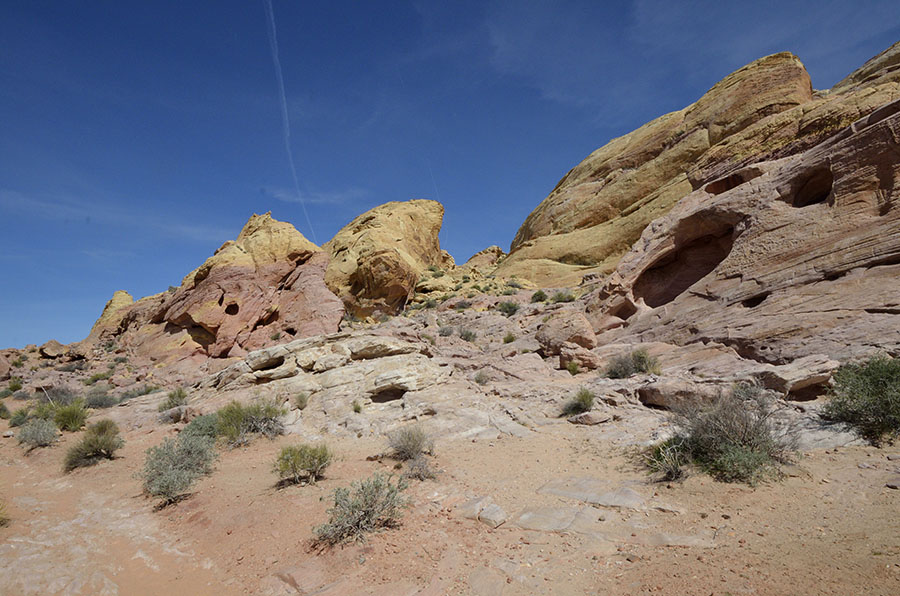 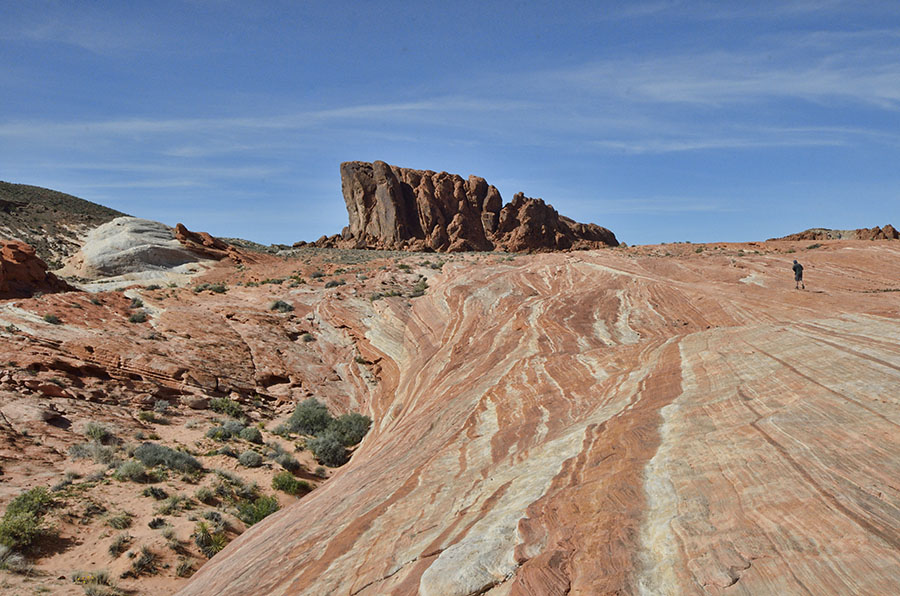 We kept an eye out for desert bighorn sheep that are known to be in the area though we didn’t see any.  But we did share a picnic table with a young family, and the husband turned out to be the #6 Opposing Solo pilot on the Air Force’s Thunderbirds!  Jim enjoyed talking airplanes with him, and it was just a very cool thing.  (He’s much cuter in person than in his official photo.)

I think that going to wild places like Valley of Fire is most fun if you unleash your sense of wonder – imagining things in the odd rock shapes, marveling at the colors, pondering the forces of wind and water and uplift that created this beautiful desert landscape. 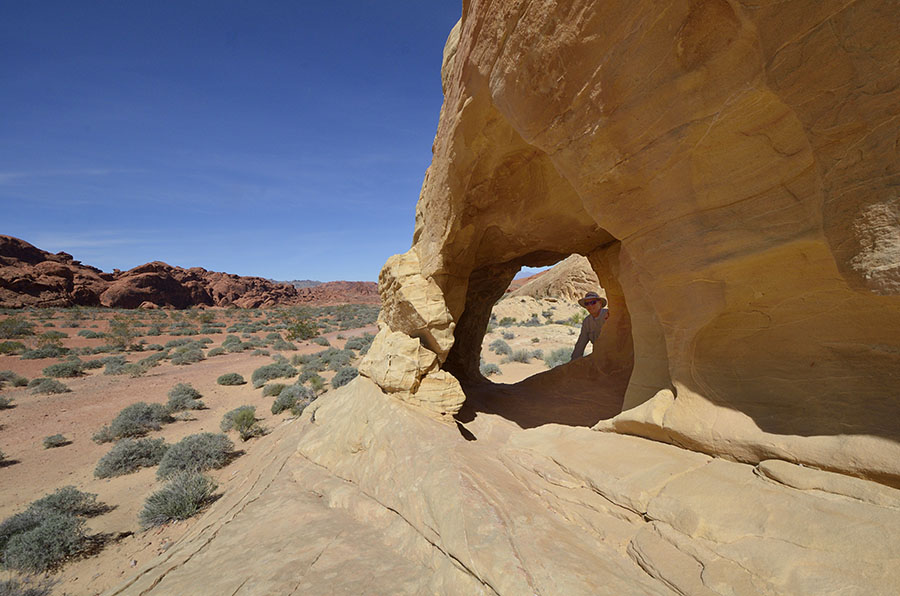 Petroglyphs were scrawled like ancient graffiti in some sections of the park, and although we couldn’t decipher many of them, the bighorn sheep were easy to see. 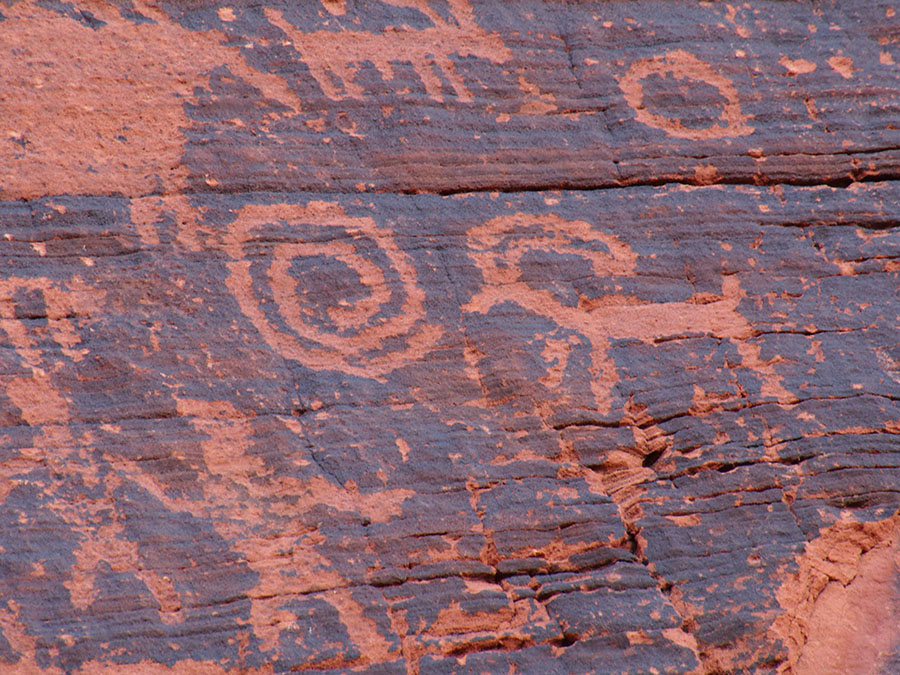 I know some people love the glittering lights and action in the city of Las Vegas, but we think we found the best that Vegas has to offer.