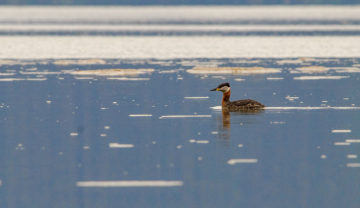 Cruising in remote places means that if something breaks we’re pretty much on our own to fix it… so it’s a really good idea to do a little shakedown trip not too far from home to check everything out, and so we can order parts and supplies as needed before we head out for the rest of the summer.  Despite rainy windy weather we had a wonderful time anchored in Ideal Cove, “unplugged” from phones, Internet, and the hectic pace of  town.  We cooked, read, knitted, puttered, and generally got caught up.  I was able to get the kayak out a few times, and was rewarded by some nice wildlife sightings such as this red necked grebe and a really funny pair of river otters – a parent and pup. 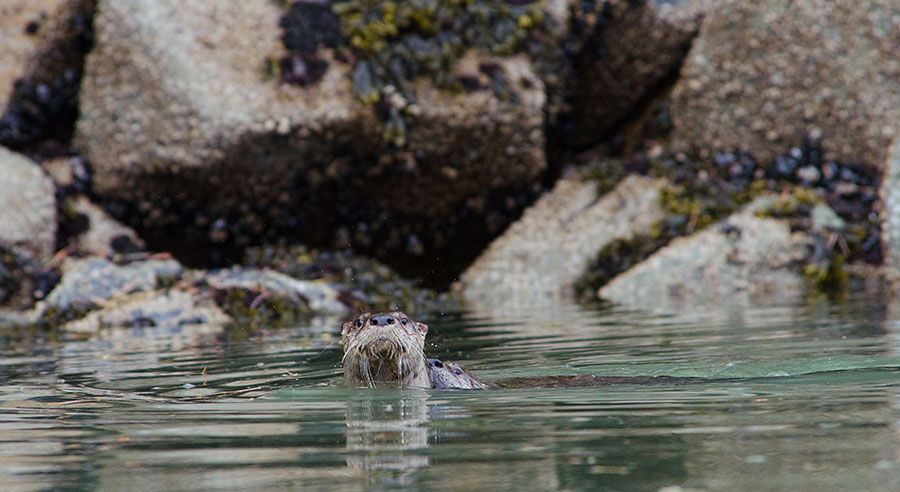 You have to look closely to see the pup – it was clinging to its parent’s back, and it was squalling very loudly as the parent dunked and dove at the water’s edge.  The next day I didn’t see the pair as much as I heard them from across the cove.

Usually spring is a good time to see bears along the shore.  They’re hungry, but their favorite foods: berries and salmon aren’t ready yet so they eat sedge grass in the meadows and dig for clams at low tide.  We only saw one black bear in almost a week, and he didn’t stay around long. 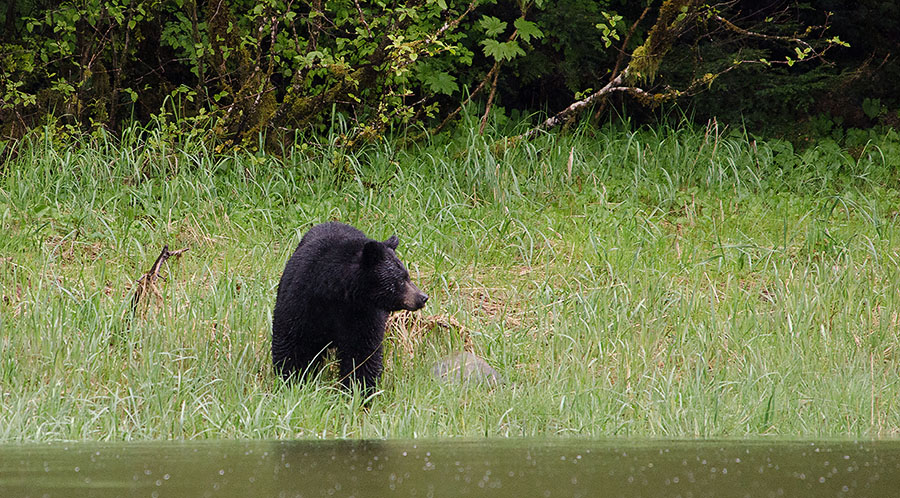 The weather improved and we decided to move over to Thomas Bay for a change of scenery.  We saw our friend Ray aboard VIDA – a DeFever hull that has been converted for commercial fishing – he was catching some King salmon for dinner.  The ebbing tide carried some good sized ice from the Le Conte Glacier, and we saw this bergy bit with a bald eagle hitching a ride. 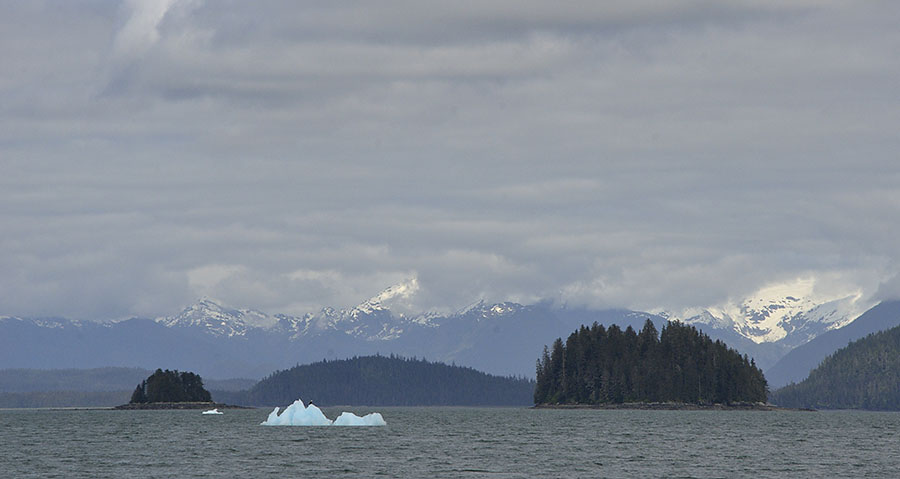 Thomas Bay is a big bay, originally formed by the Baird Glacier which has retreated quite a distance and left a grand landscape.  The view from our anchorage is so pretty by day… 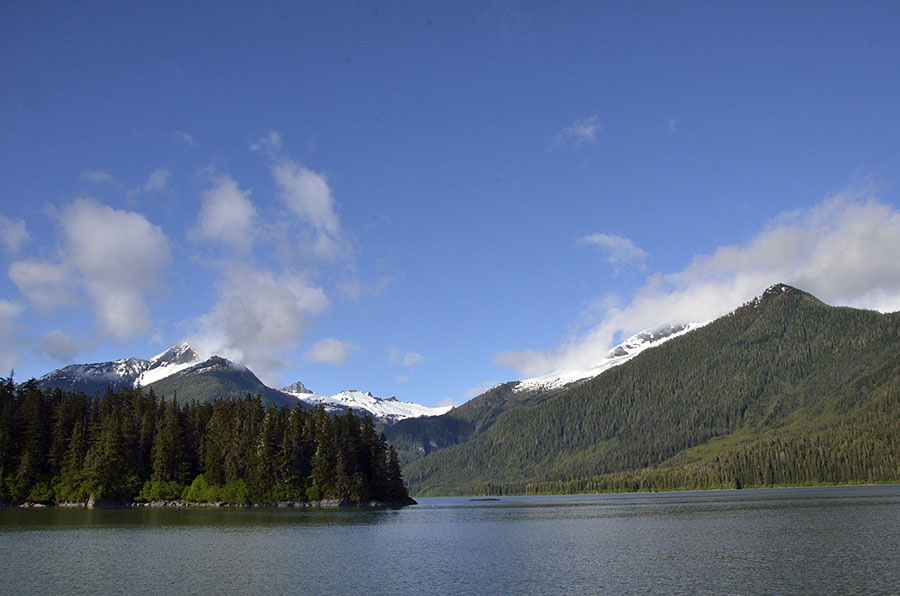 …and also in the late evening with a little alpenglow. 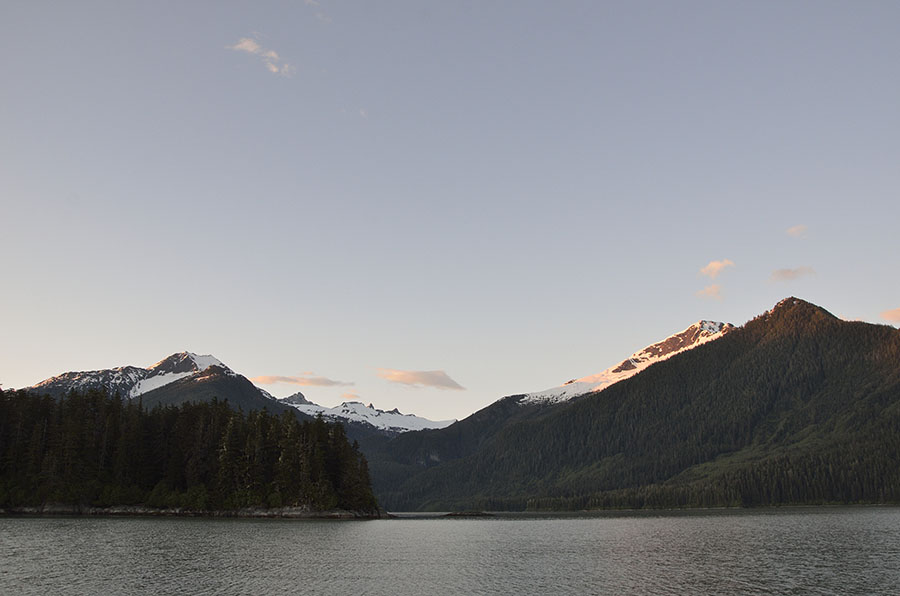 We finally had some clear skies and sunshine so we decided to abandon the boat projects and take some time to play.  We put the dinghy in the water and zoomed across the way to check out the waterfall, and then we started heading up-bay to walk around on the gravel bars in front of the glacier.  About half-way up the bay the outboard started coming out of the water – the power tilt switch must have shorted in the “up” position!  We shut the engine down and disconnected it from the battery, and thought about what to do.  We didn’t see any other boats around to hail on a hand-held radio.  We could have torn into the engine to see what we could do, but with it tilted all the way up that wasn’t going to be easy.  It was a gorgeous day with no wind, so we decided to get some exercise and just paddle the dinghy back to ADVENTURES.  The dink (“Beastie”) weighs about 600 lbs and it’s too wide to row with oars, so it takes two people, each sitting on one of the tubes to paddle it with canoe paddles.  90 minutes later we were back aboard and Jim was able to disconnect the offending switch.  An adventure!

Once my arms recovered I got out in the kayak and found some nice birds in a back bay accessible at high tide.

Barrows goldeneye ducks were cruising around, and I was able to sneak up on this dowitcher and get pretty close. 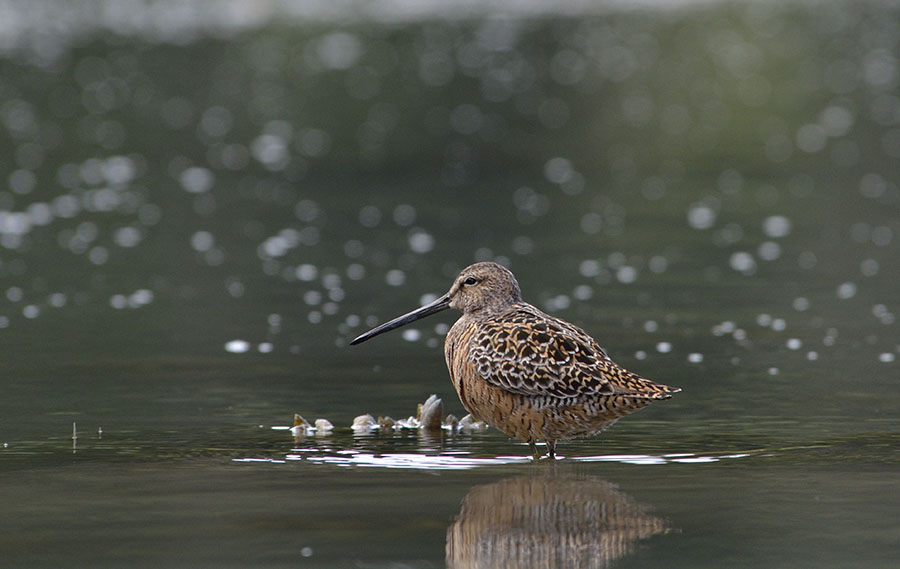 Eagles and arctic terns were plentiful, and we also saw all three types of loons: common, pacific, and red-throated.  The loons often stay a bit far to photograph easily, but the eagles are accommodating. 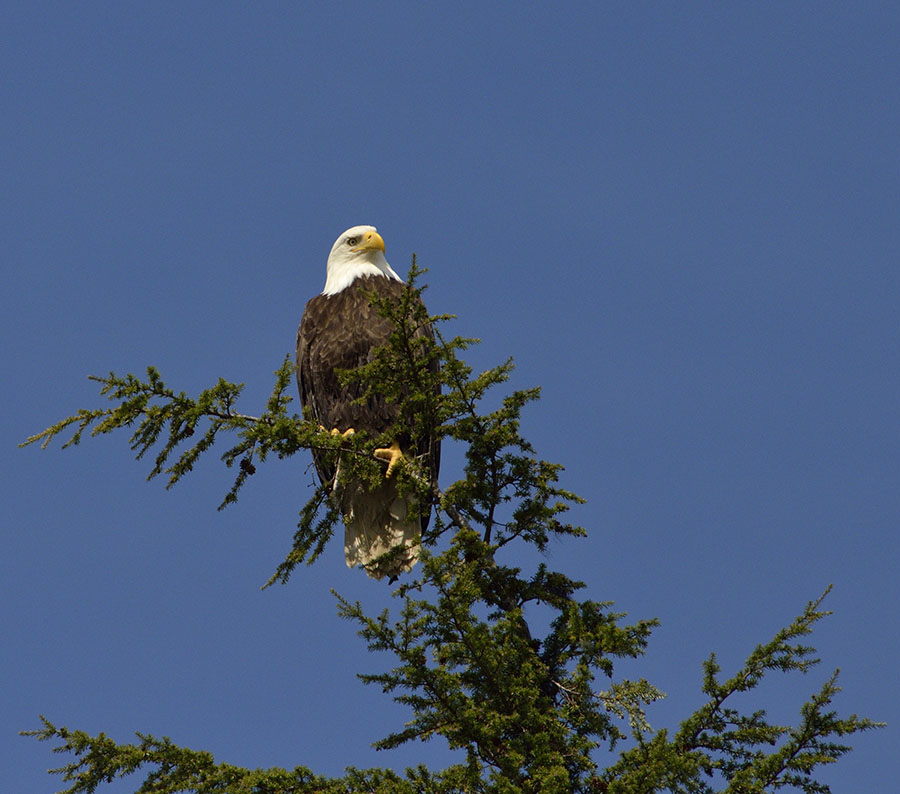 Even the black-tailed deer were brave, and I could drift fairly close to a pair that came out of the woods, sniffed around the shoreline, and then wandered through the wildflowers back into the trees. 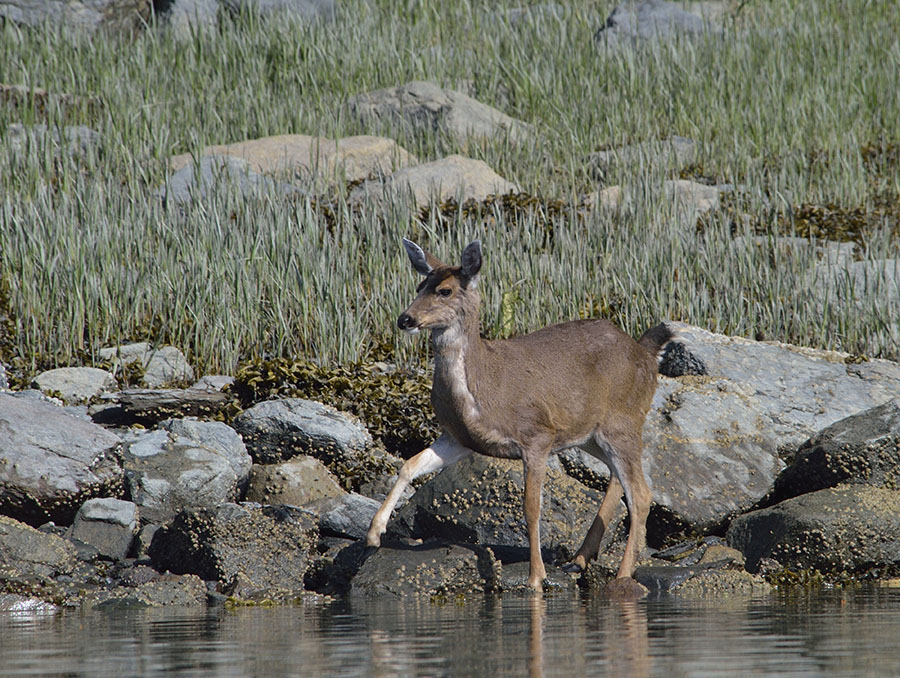 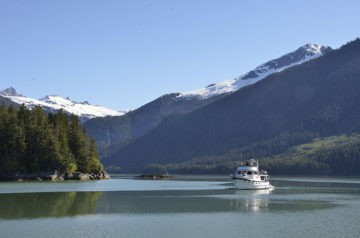 Just to top off the shakedown cruise, we had a short visit from friends on ADVENTURES’ sister ship – GOT THE FEVER.  The two boats were built in the same year in the same yard, and we’ve cruised with GTF to Nova Scotia with the previous owners.  The current owners shipped her out here and are cruising with their young sons.  We’re just sorry we didn’t get more time to spend with them, but it was a nice surprise to see them again.

It was hard to leave the bay, but it was time to get back to town to order a few parts, see the dentist, and to enjoy the Little Norway Festival – which Petersburg celebrates in style!