There were so many characters and interesting sights that the Little Norway Festival Parade deserves its own post.  The weather was perfect for the afternoon’s event, kicked off by the Temsco helicopter flying over the Narrows with the American and Norwegian flags as the parade participants lined up.  A color guard from our local Coast Guard station led the way, with fire trucks, a police car, and members of the volunteer search & rescue crew following right behind.

Nordic Drive was lined with people, many who live here now or had at some point – much like a Coming Home Parade in Canadian towns.  There were tourists enjoying the sights as well, but our overall feeling is that the Festival is put on by the town, for the town. 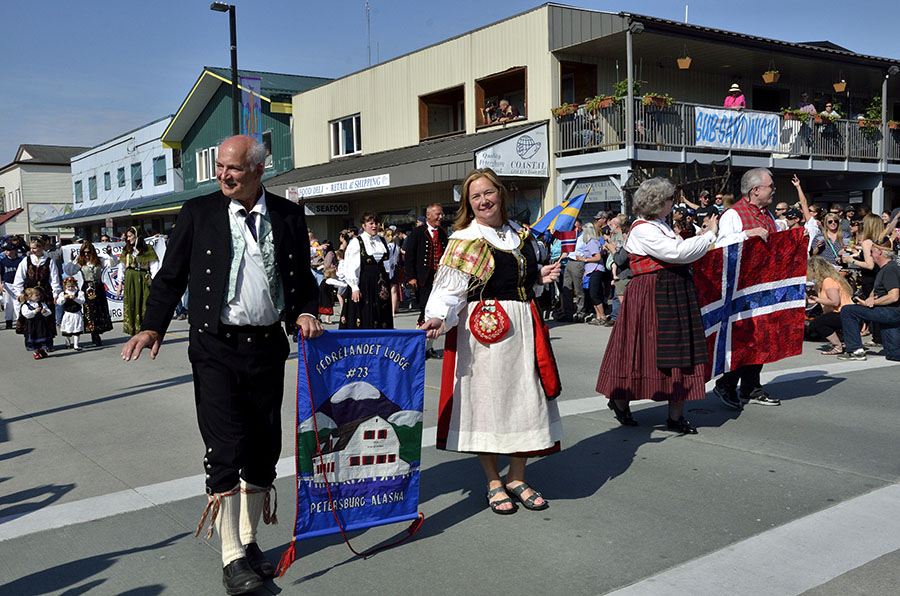 …followed by the youngsters from the traditional dancing troupe. 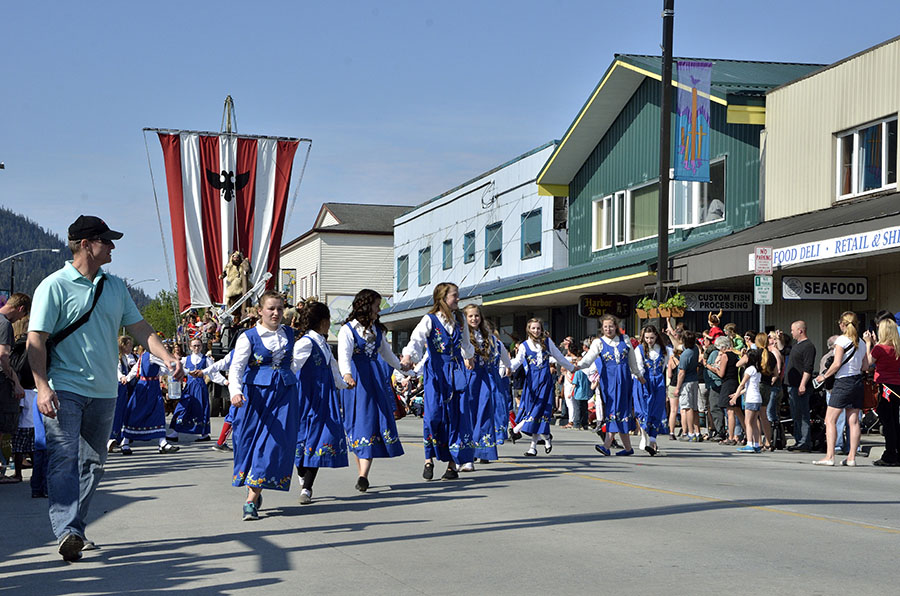 In stark contrast to the traditional costumes, the Viking ship followed, full of Vikings and Valkyries… big and small. 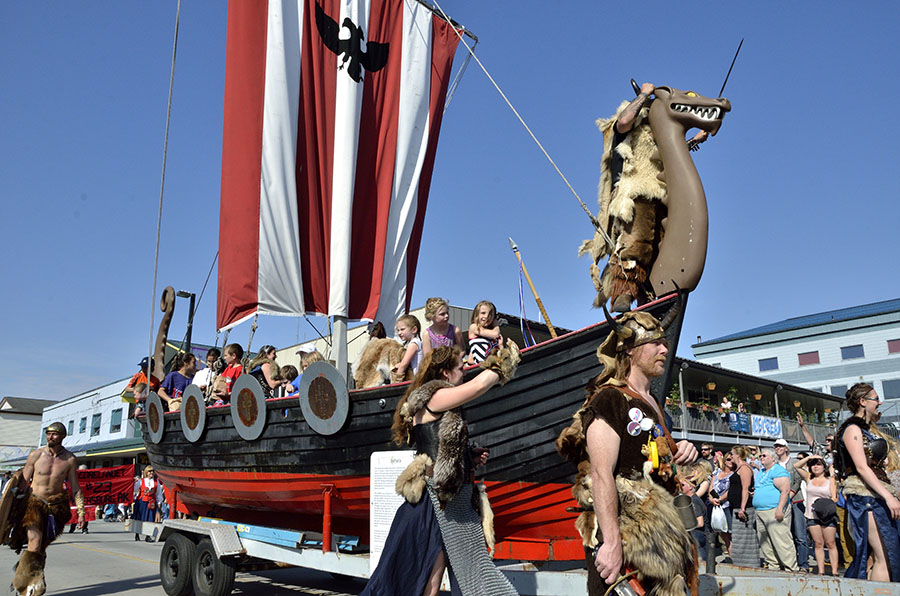 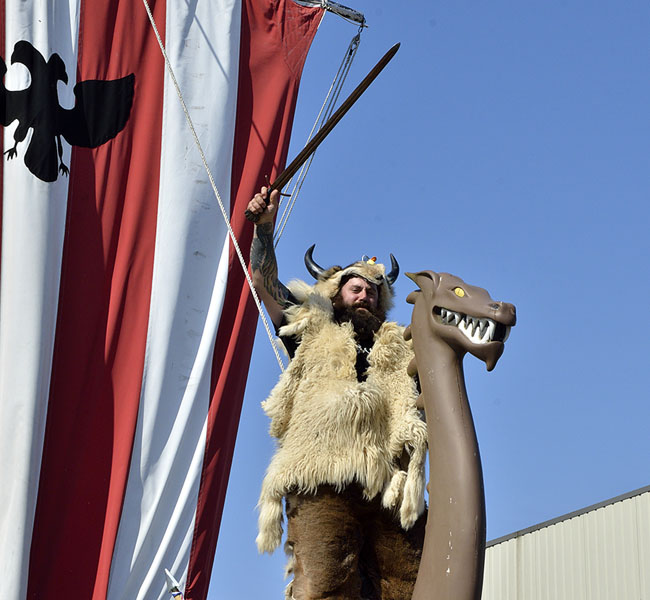 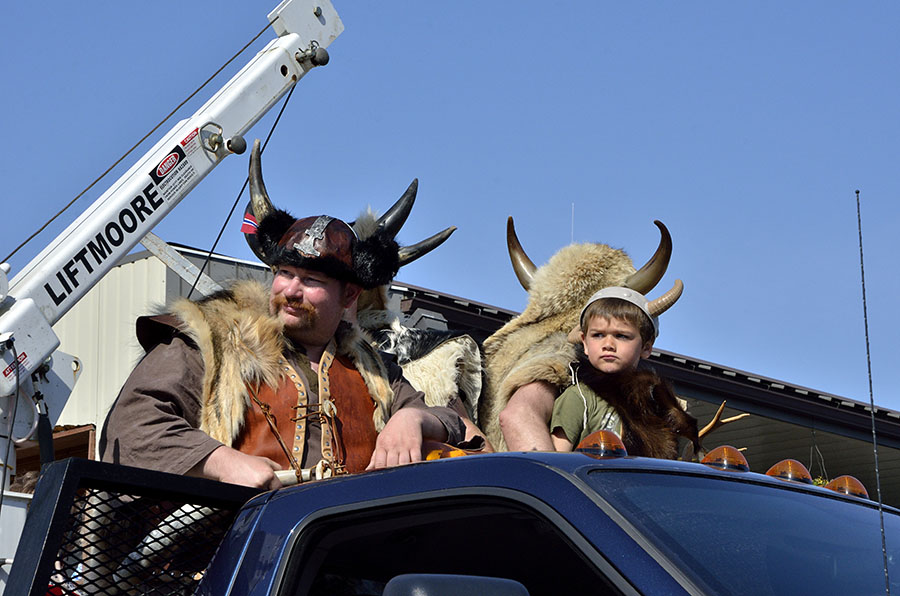 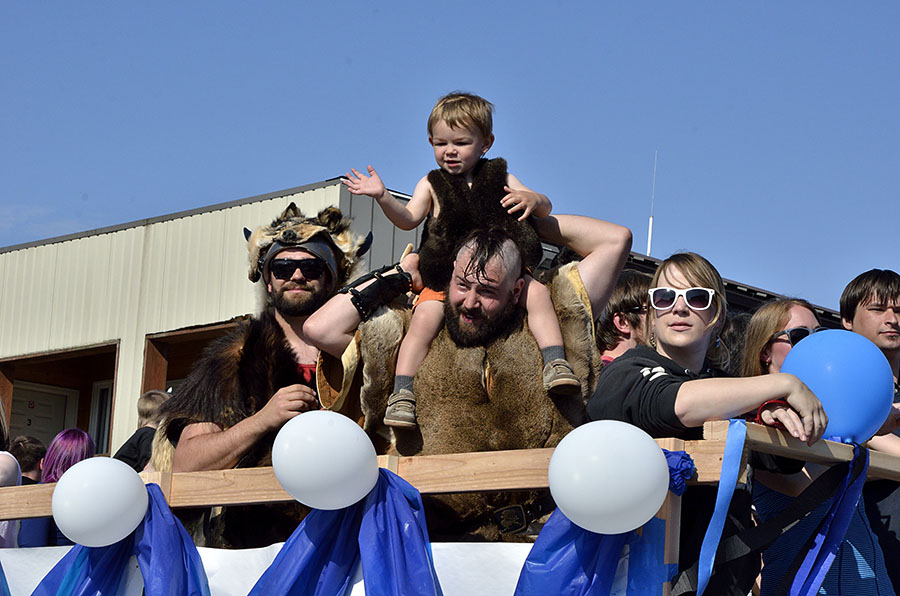 Don’t let those dimples fool you… I’ll bet that little guy can pillage with the best of them!

The Native Alaskans were represented by members of the ANB and ANS, resplendent in their button blankets and carved headgear…

And we howled with laughter at the antics of the Alaska Airlines dancing plane – that little plane had some awesome moves! 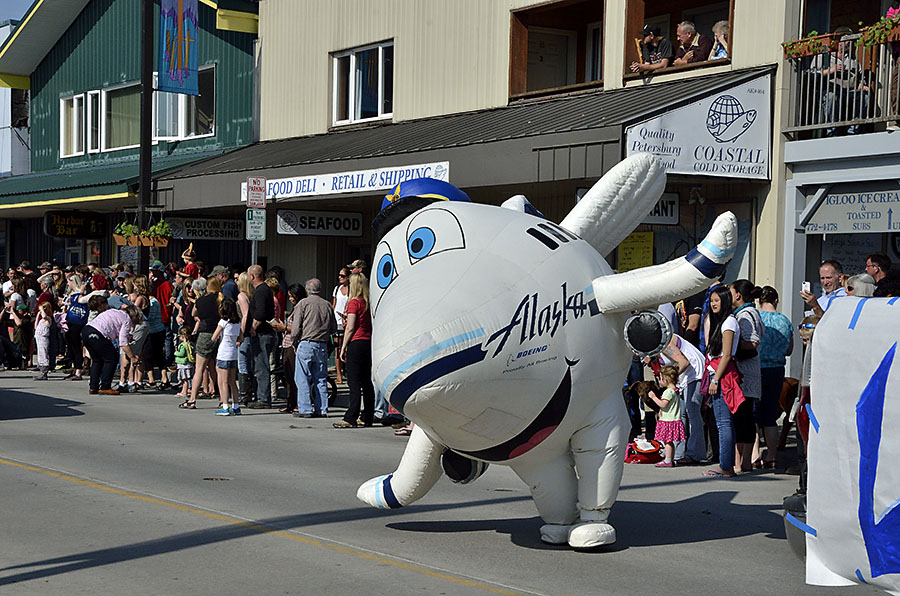 Smokey the Bear and a big sockeye salmon visited with the crowd, thanks to the US Forest Service (a big employer in town). 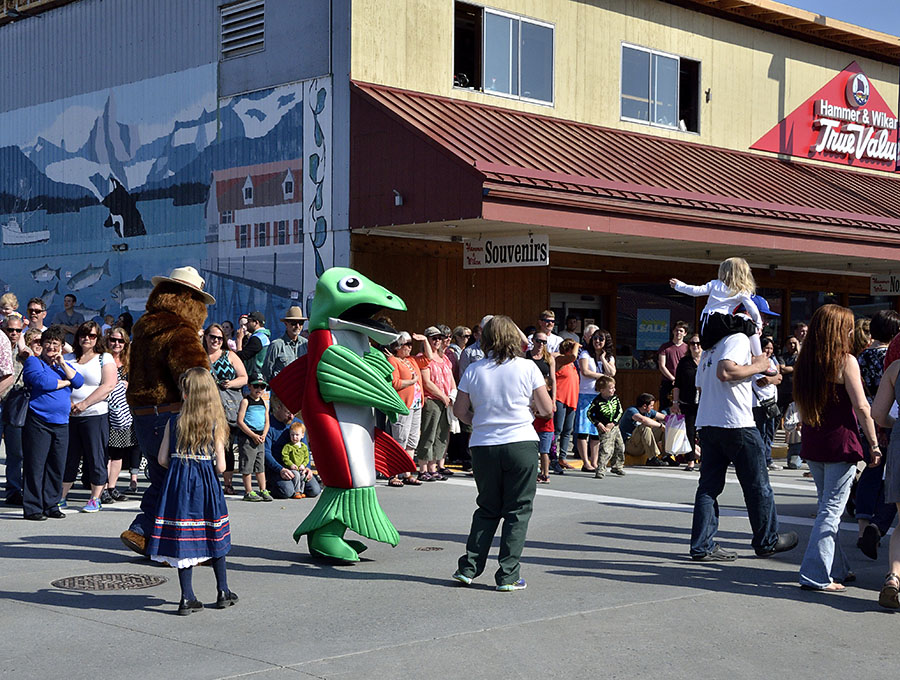 Immediately following the parade the annual herring toss was in full swing, with fish flying far and high as the competition heated up.  Meanwhile Jim channeled his “inner viking”… 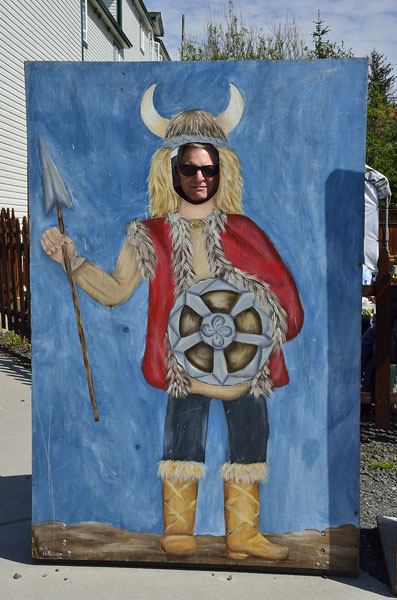 …while other vikings ran around town, wreaking havoc and dragging people off to the viking jail. 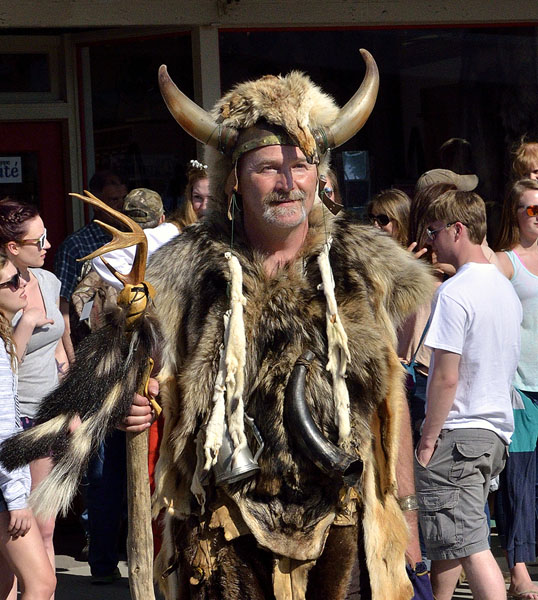 And remember – you’re never too old to celebrate your viking-ness. 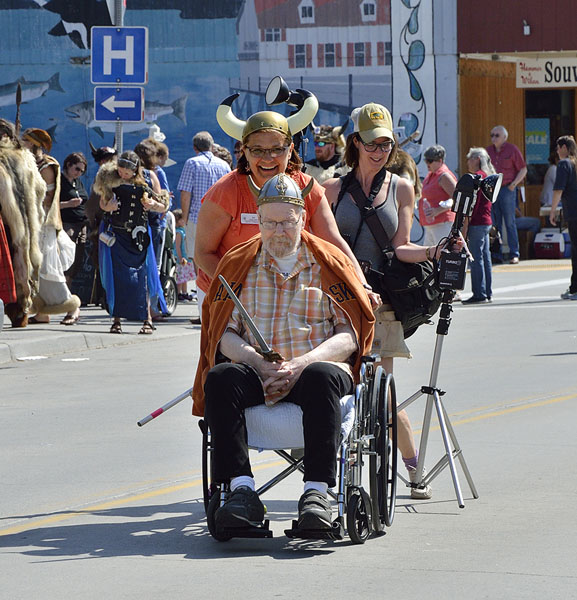 There’s still a little bit more of the Little Norway Festival to share, in the next post.