Welcome to the first installment of: Life in a Small Alaskan Fishing Town…  specifically “Little Norway” – Petersburg.  We missed a few interesting events while we were traveling, but we returned to a full calendar heading into the holiday season, and first up was the 40th (yes – 40th!!!) Annual Pickled Herring Contest at the Sons of Norway (where I am now a member).  With actual Norwegians and a Swede in my family tree I’m definitely getting in touch with some long-neglected roots and it feels pretty darn good.

I started making snarky comments about the idea of an actual contest about pickled herring, but I was quickly sorted out by my Danish friends in Maryland who informed me that pickled herring is a WONDERFUL THING, to be enjoyed, appreciated and cherished, and maybe they would look for a decent airfare to come out here and join in the fun.  I’m learning! 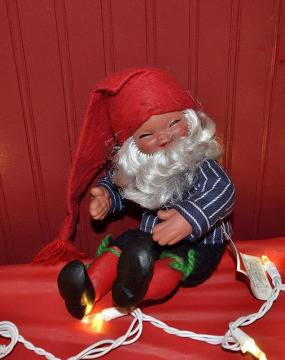 So despite the fact that I do not eat seafood or fish of any kind (I really don’t like it though Jim does) we headed over to the Sons of Norway Hall to expand our cultural horizons.  By the way, I’d like to point out that the Sons of Norway Hall in Petersburg was built in 1912 and it has been in continuous use for over 100 years.  It was beautifully decorated for Christmas, creating a lovely setting for the Big Contest.  I think there were about 150 people in attendance, and the number of people wearing beautiful Norwegian sweaters was staggering!  The nickname “Little Norway” is more than appropriate for this town. 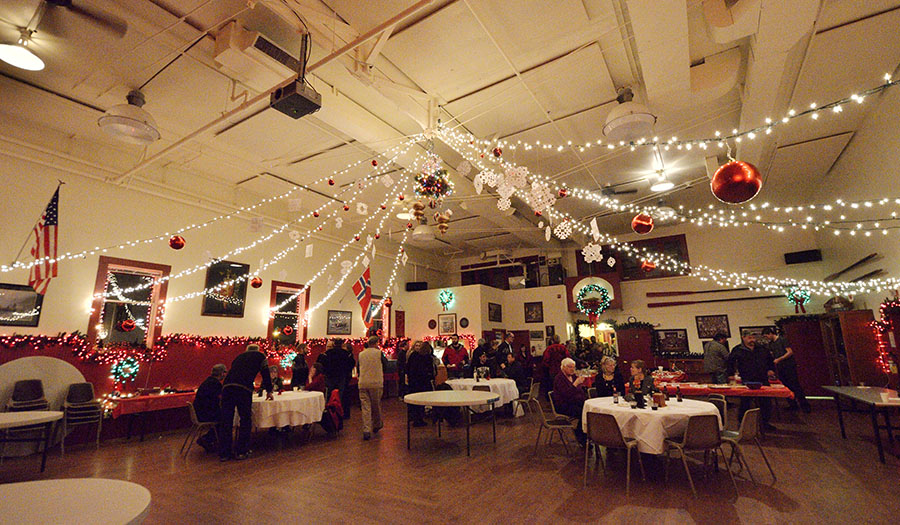 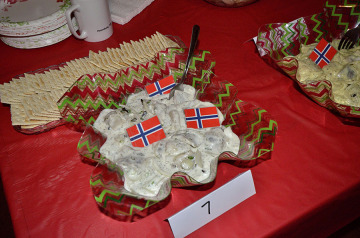 Tables were laid out for each type of entry: Pickled Herring, Smoked Salmon, Smoked or Cured Fish, and Pickled Seafood.  There was also a table with appetizers and sweet treats so people had things to nibble on while the contest entries were judged. 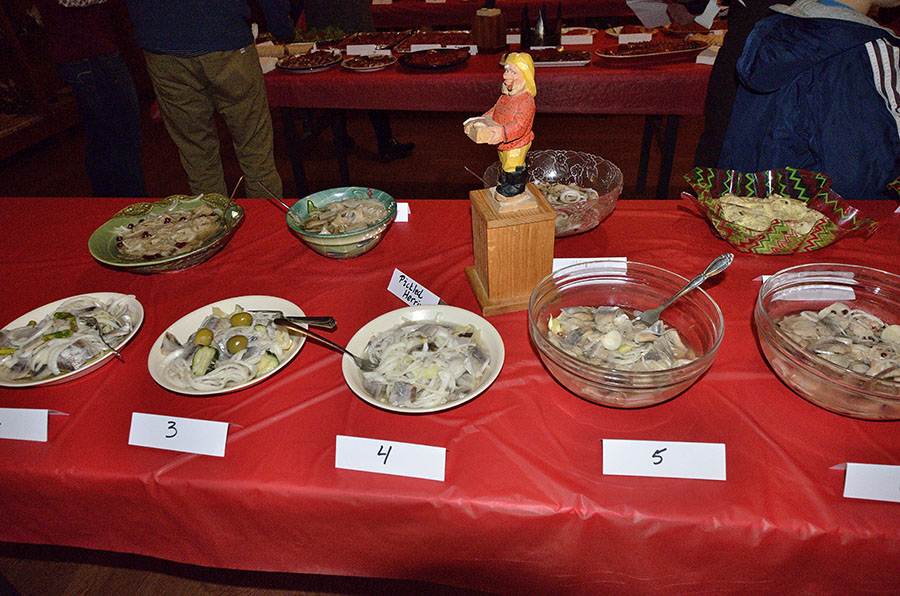 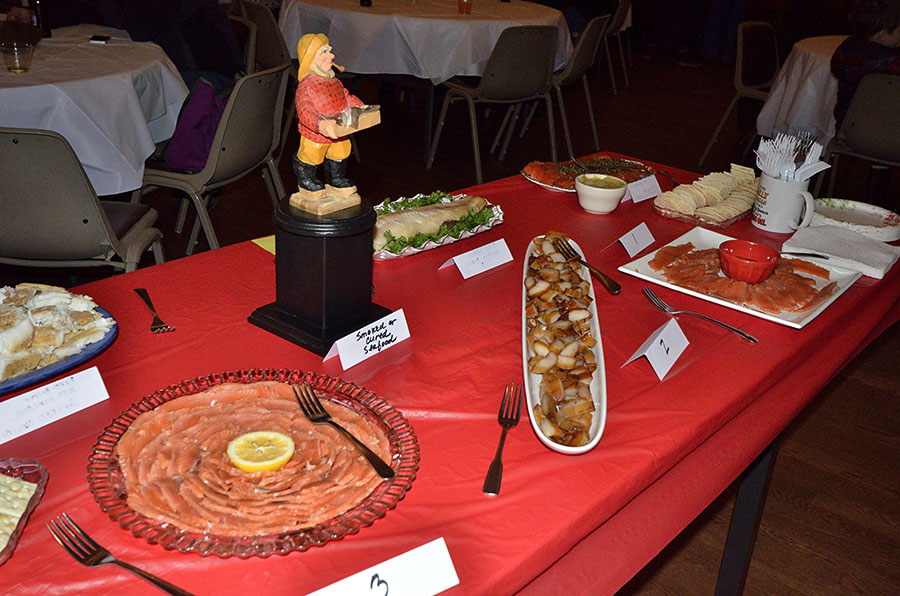 Given that 99% of the people attending and competing have been involved with commercial fishing to some extent, the competition was stiff.  The judging took a long time, despite an earlier start than previous years to try and keep things moving along.  The judges really took their time… 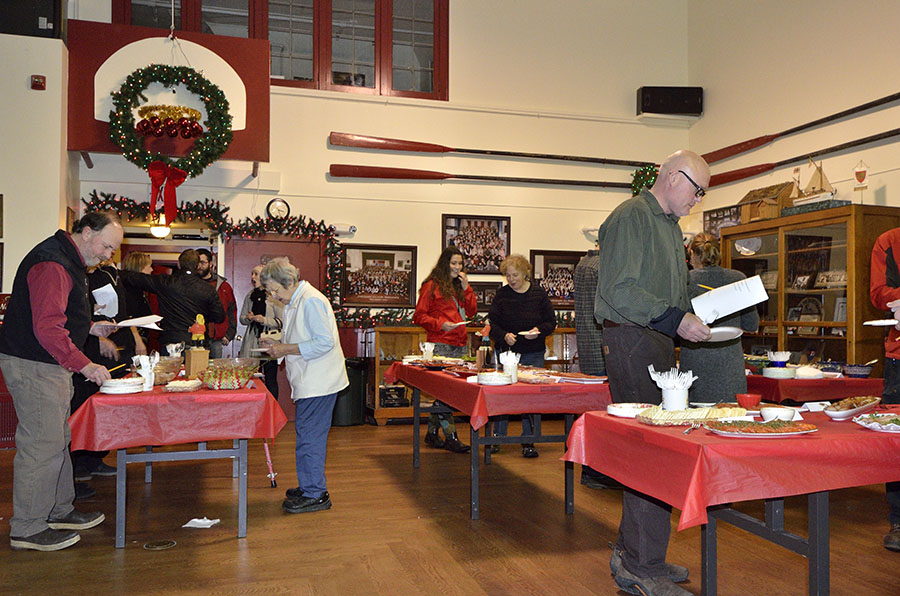 And eventually the winners in each category were announced.  We were proud to see our Harbormaster Glo win the coveted Pickled Herring award after 23 years of entering the contest! 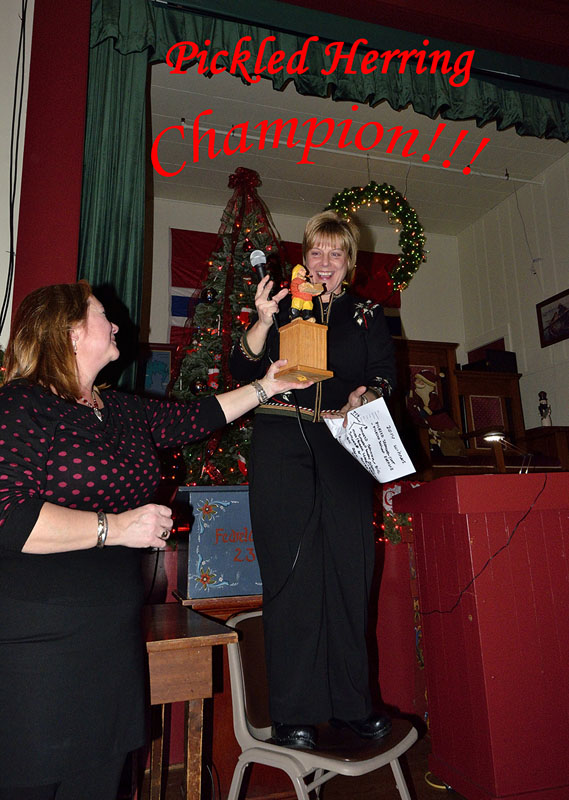 After waiting patiently for about an hour the crowd was finally allowed to eat the entries, and it didn’t take long for the platters to be picked clean. 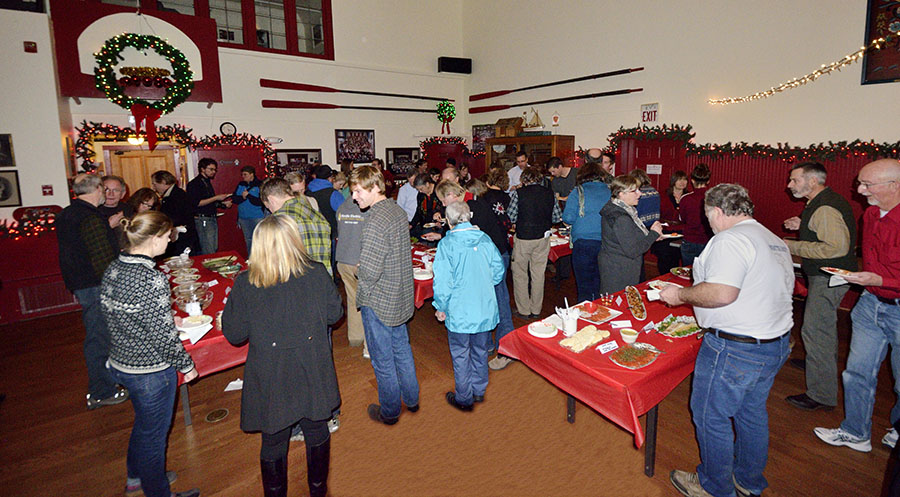 We had a good time and met more people from town, including the President of the Sons of Norway.  In fact, when we first arrived I wanted to try and find her to introduce ourselves as new members.  Coincidentally she was near the door and we met her right away, and I kept thinking about that good bit of luck… until I thought about it some more and realized that we were the only strange faces who came through the door – so we must be the new people in town.  Duh!

Next on the calendar is the Nutcracker put on by 140 dancers from this town of about 2000 people, followed by the Julbord Feast at the Sons of Norway and the school band concerts.  Petersburg really does the holidays in a big way, and we love it!