After the flight to see the Alaska Range of mountains and Denali (Mt. McKinley) we headed to Denali National Park for two too-short days of exploration.  I apologize that the blog is so far behind, but note that we were in Denali in the last days of August.  Summer, right?  No – we were lucky enough to catch the short fall season which only lasts for a few weeks.  Note the light dusting of snow on the mountains in the background – it was pretty chilly, with temps dipping into the high 30s overnight but the autumn color was well worth it. 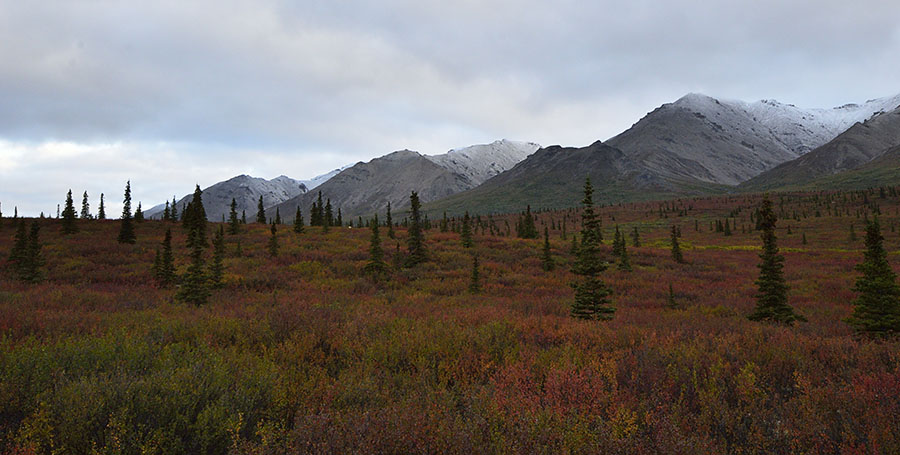 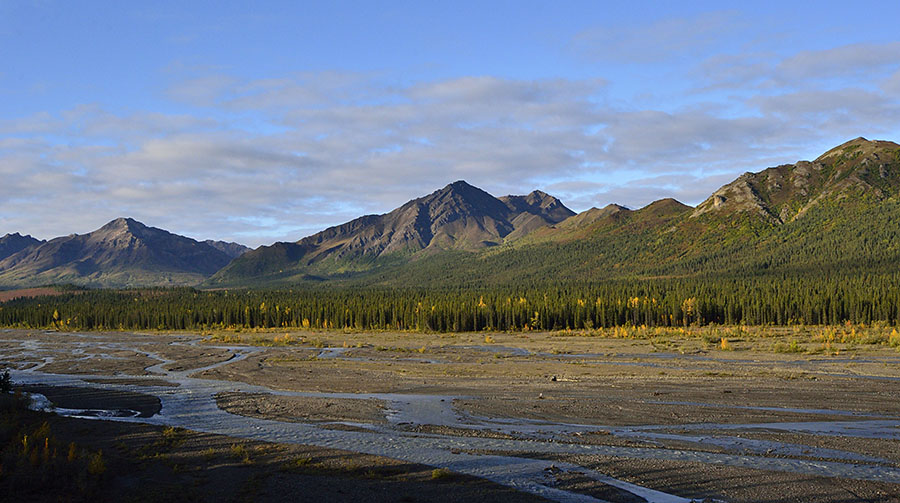 You have to set your alarm clocks for an early (5 am) wake-up if you want to really see Denali National Park.  The 6 million acre park is difficult to explore since there’s only one road into the wilderness, 92 miles long.  The first 15 miles are paved and open to private vehicles, and beyond that the road is dirt/gravel and only open to the park’s Blue Bird (school) buses. 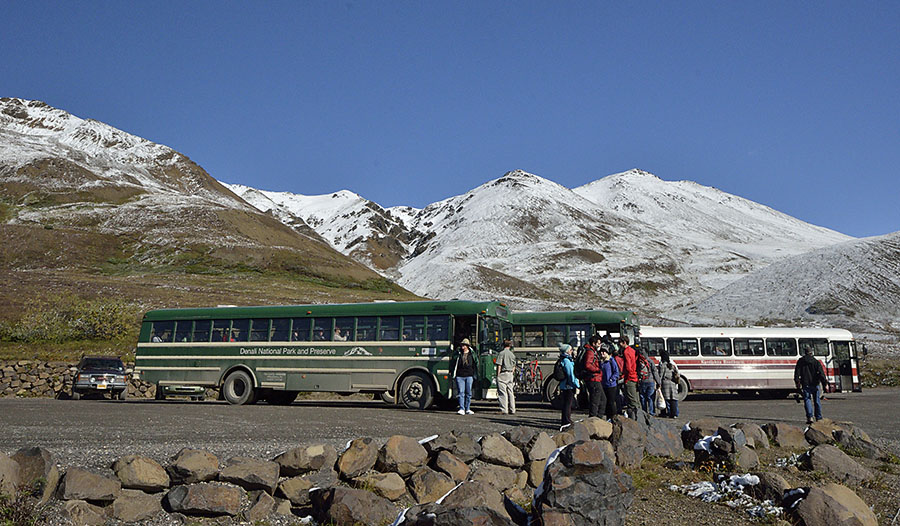 The buses will stop for wildlife sightings, but you can’t get off the bus for those stops.  We had to do a lot of jumping up and down to wrestle with the sticky school bus windows to get photographs or video, and it was a bit frustrating.  On the first day we took a tour that traveled the entire 92 miles of the park road to the Kantishna Road house, and we were incredibly lucky to have glorious weather.  It was chilly, but very clear and we had perfect views of Denali (THE mountain) all day long. 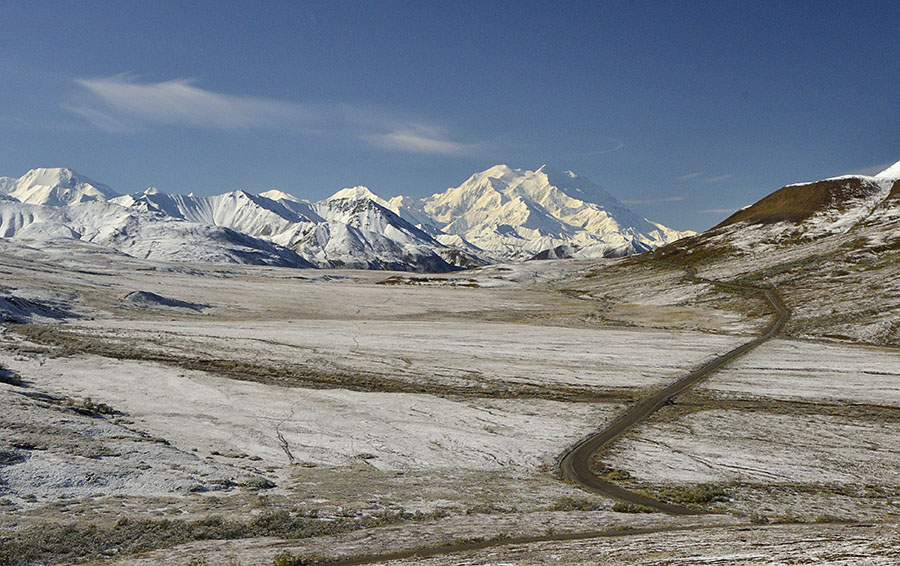 We didn’t realize how rare it is to be able to see the mountain from the park – only 30% of the visitors get to see any of the mountain, and even then it is often partially obscured by clouds.  Less than 10% of the park’s visitors get the kind of view we had, which was just awesome. 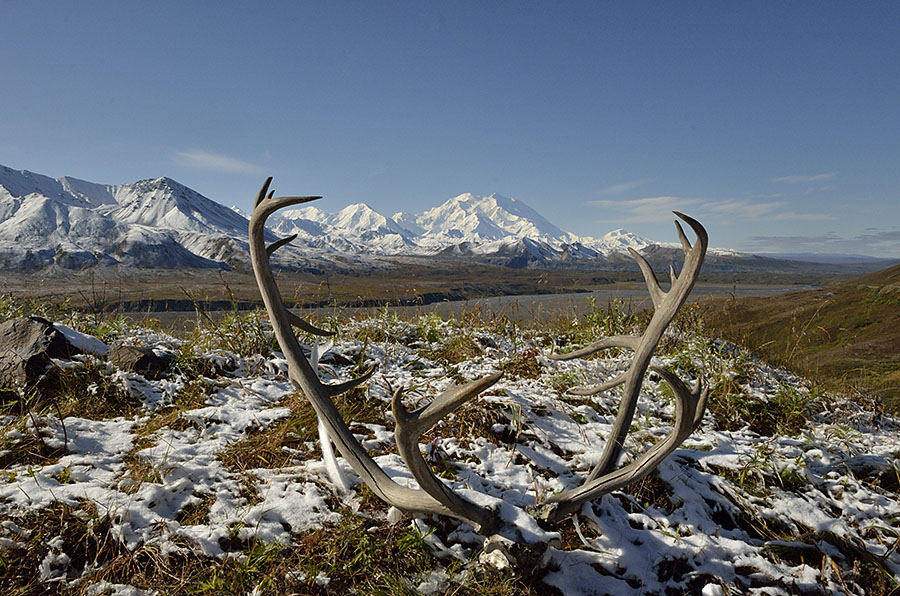 And Jim showing us how big and very heavy those antlers are!  I wanted him to hold them on top of his head but they were just too ungainly. 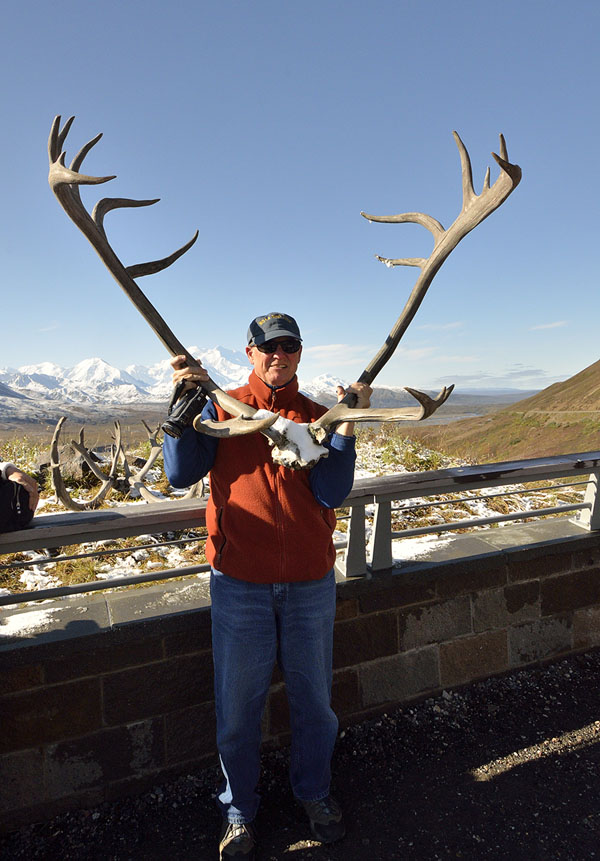 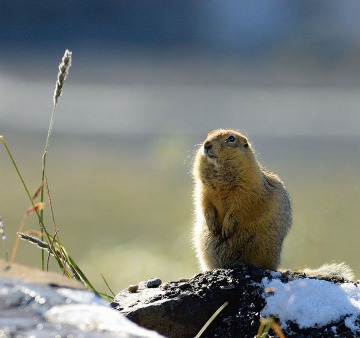 We had some great wildlife sightings along the way – moose, caribou, bears, and Dall sheep, but I’ll save most of them for tomorrow’s Part 2 posting.  We had fun watching the little arctic ground squirrels, though the ones near the visitor center were pretty plucky, looking for food in anyone’s bag left on the ground.

After a number of wildlife sightings and some stops where we could get out and stretch our legs we finally got to the end of the park road at mile 92.  We left our hotel around 6:30 am and arrived at the Kantishna Roadhouse around 1pm. 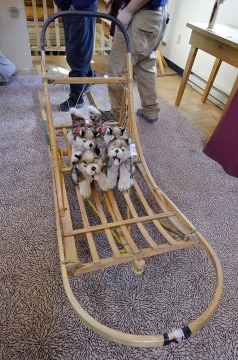 We had a little lunch and were treated to a talk and small demonstration about sled dogs from a winner of the Junior Iditarod and his father, who won the Iditarod several times.  (The Iditarod is a dog sled race over 1000 miles from Anchorage to Nome held every March.  The experience, expertise, and physical and mental fortitude of these competitors is simply amazing, and here in Alaska they are rock stars.)

The talk was illustrated with a real sled and some little stuffed dog toys as we learned about lead dogs and wheel dogs, and the demonstration used just 6 dogs (where an Iditarod team might have 16) to show us a little of how it’s done.  The dogs were so happy to run, and they are obviously very well cared for. 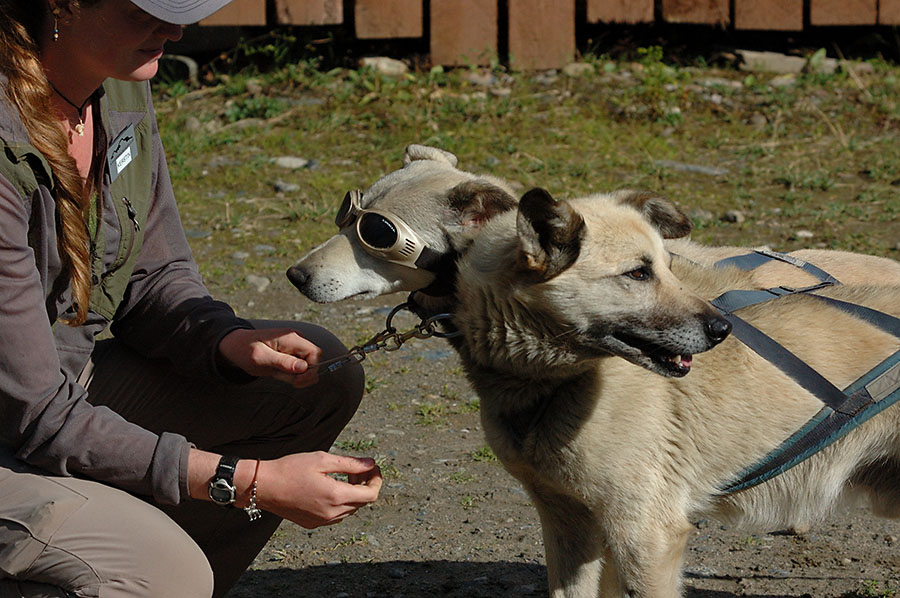 We were glad we chose to go the entire distance into the park on the first day so we could figure out how to make the best use of our time on the second day.  It was a long ride back out the park road, and we spotted places to go hiking, looked at wildlife, and enjoyed those Denali views all the way.  The fall color and the snow were quite unexpected, and the rangers at the Eielson Visitor Center told us that they’ve had snow in every month this year. 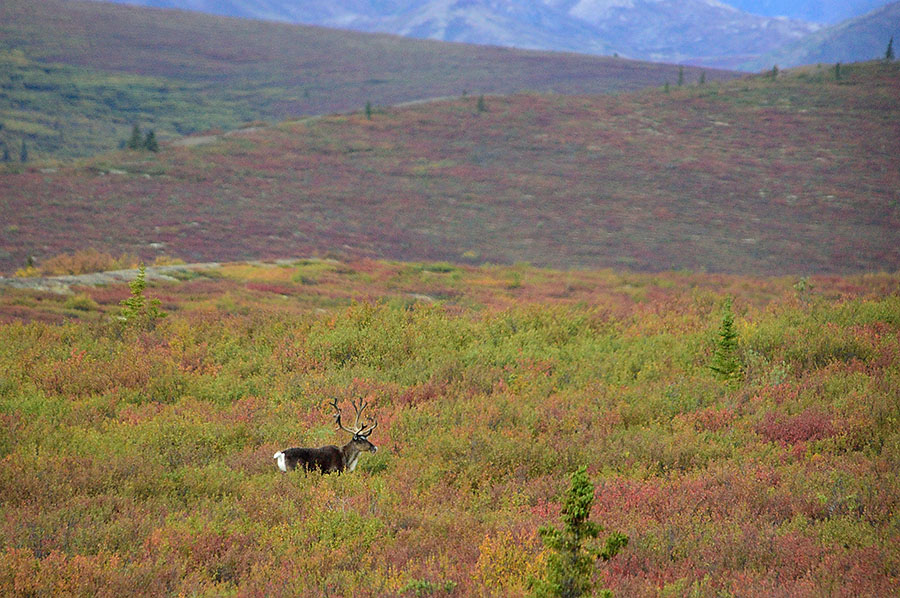 Denali (the park) was very overwhelming – so much wildlife and such stunning landscapes.  The color in the alpine tundra was so pretty, especially set against the snow covered mountains of the Alaska Range.  We’ve already realized that two days isn’t enough time to explore and savor here. 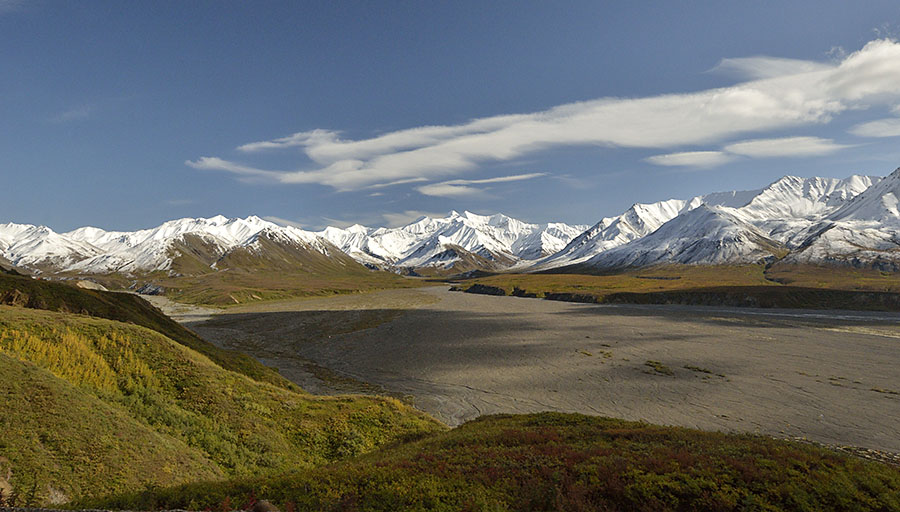