After our adventures in the only two towns with a road that actually goes somewhere, we headed back to Juneau for a quick overnight – we needed some plumbing parts, and we were able to hop on the bus, walk a bit, and get what we needed without too much fuss.  From there we headed to new territory south of Juneau – Tracy Arm, which is a fjord with a 90 degree turn and two glaciers at its head.  As we got closer, we started seeing good-sized bergy bits in the water, and we had to cross a bar that was created by the glacier sometime in the distant past, when it was more than 50 miles longer.  Some of the bigger bergy bits run aground on the shallow bar, and we were amazed at how very blue they were. 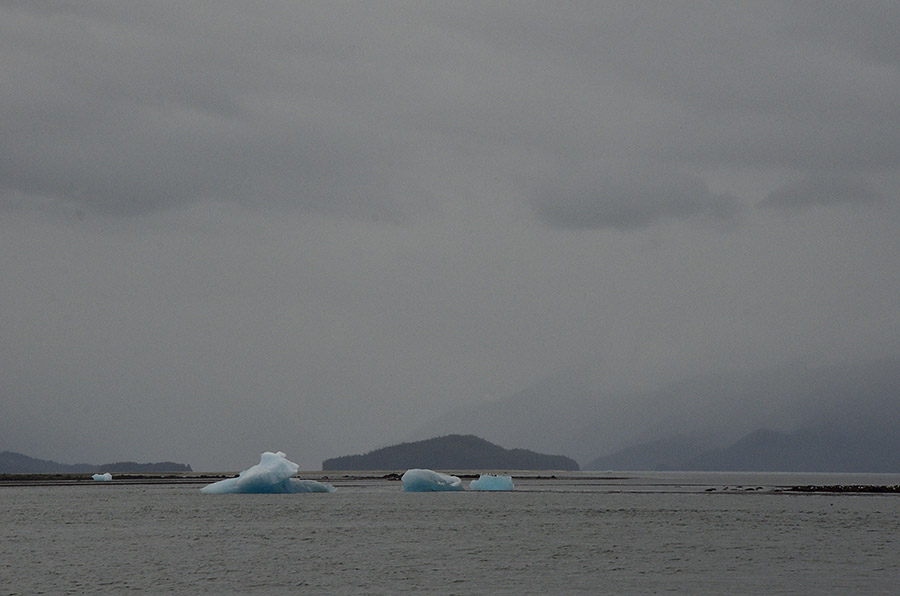 The trip up Tracy Arm is just beautiful, though it’s easy to get too focused on the glaciers up at the end.  All along the way there are waterfalls and sheer walls, and we loved investigating them, up close and personal. 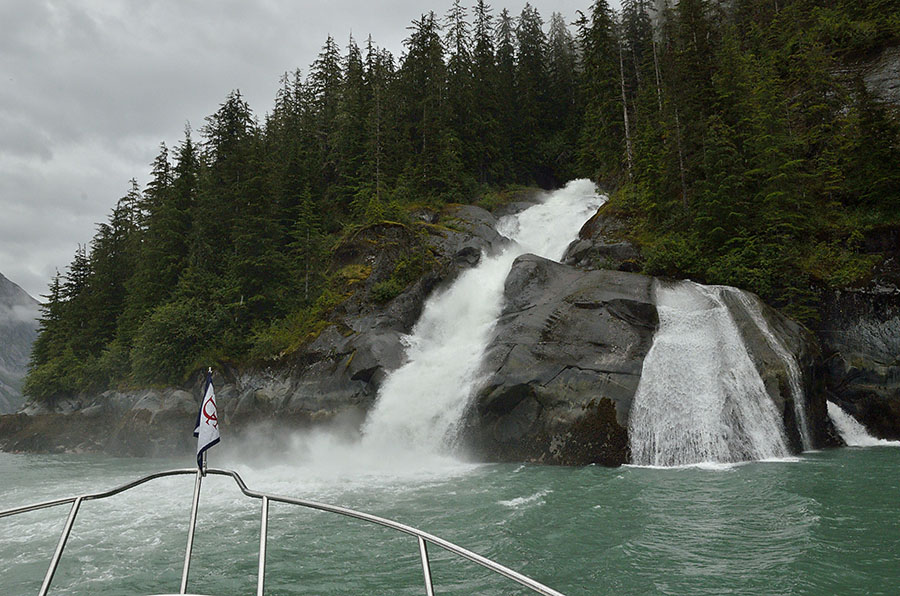 The weather wasn’t always the nicest, but even some drizzle and fog made the landscape look beautiful. 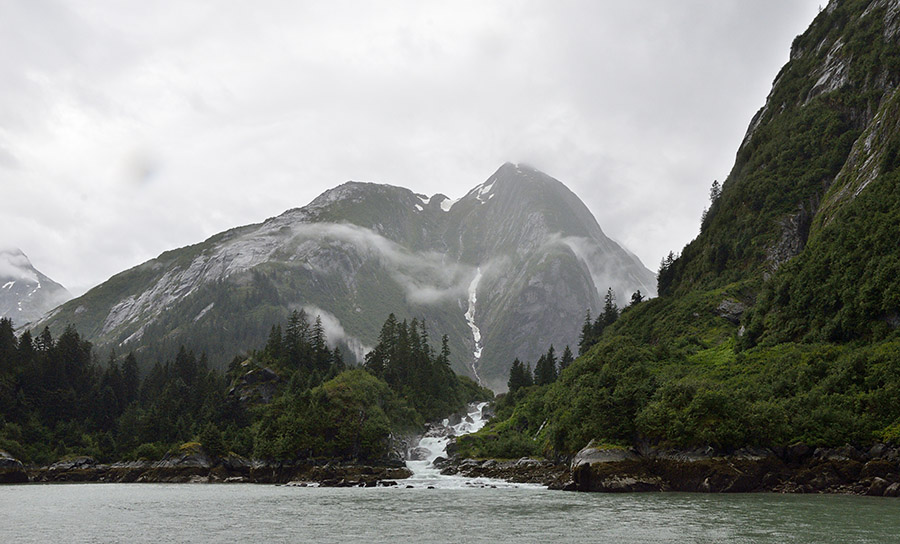 Along the sides of the fjord we sometimes saw smaller valleys with the classic “U” shape that indicates it was carved by a glacier. 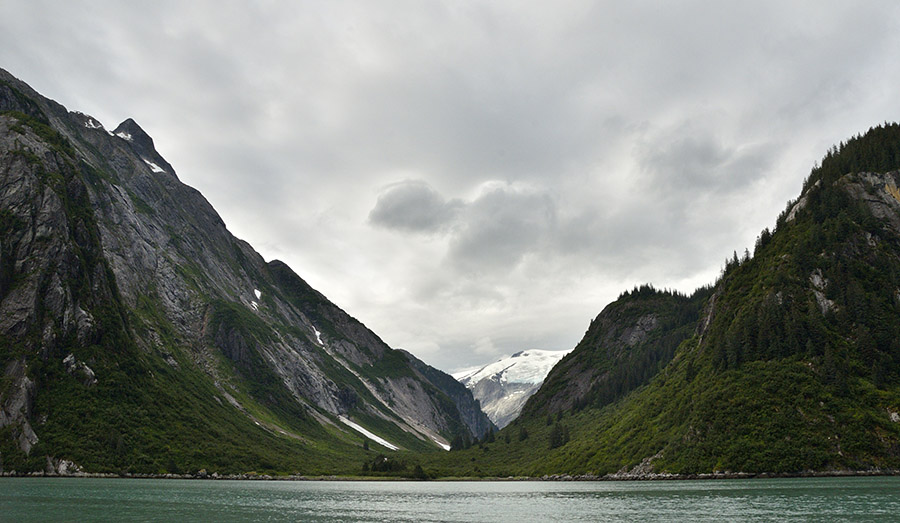 The highlight at the far end of the fjord were the two glaciers – Sawyer and South Sawyer.  We headed up to see the smaller north Sawyer glacier first, and were excited to see all the blue ice, even on a dreary day. 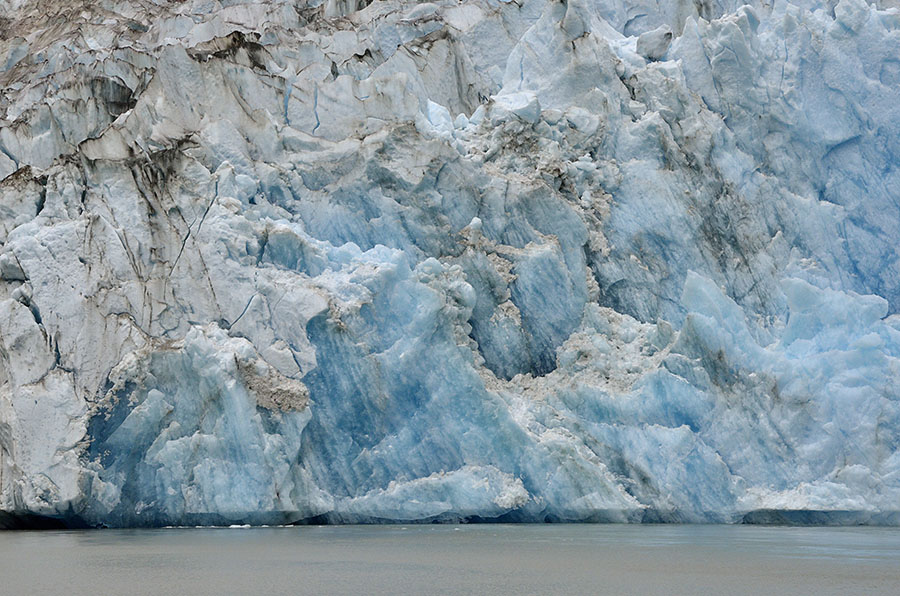 The view of the South Sawyer glacier was a bit more dramatic – it was visible at a greater distance. 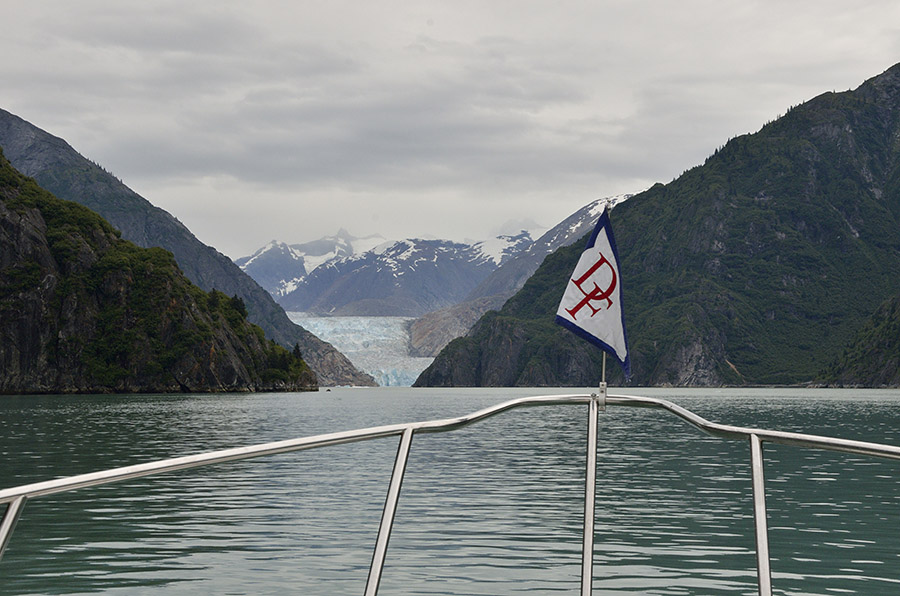 Not only was this glacier bigger and more beautiful, it played host to a large population of seals hanging out on the ice calved from the glacier. 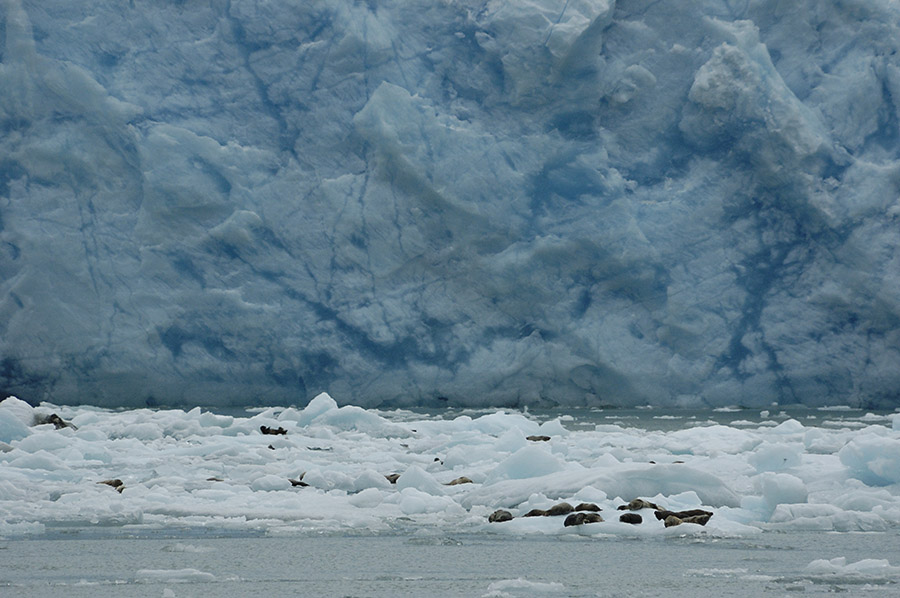 What’s more interesting – the glacier or the seals??  It’s a tough call, but we dropped a kayak in the water so I could get closer to them while Jim kept ADVENTURES away from the biggest bergy bits. 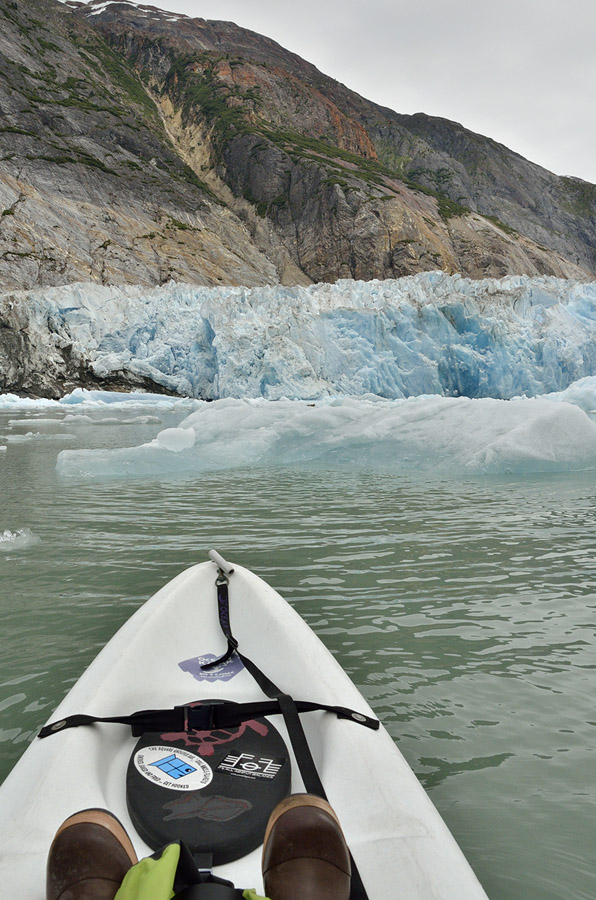 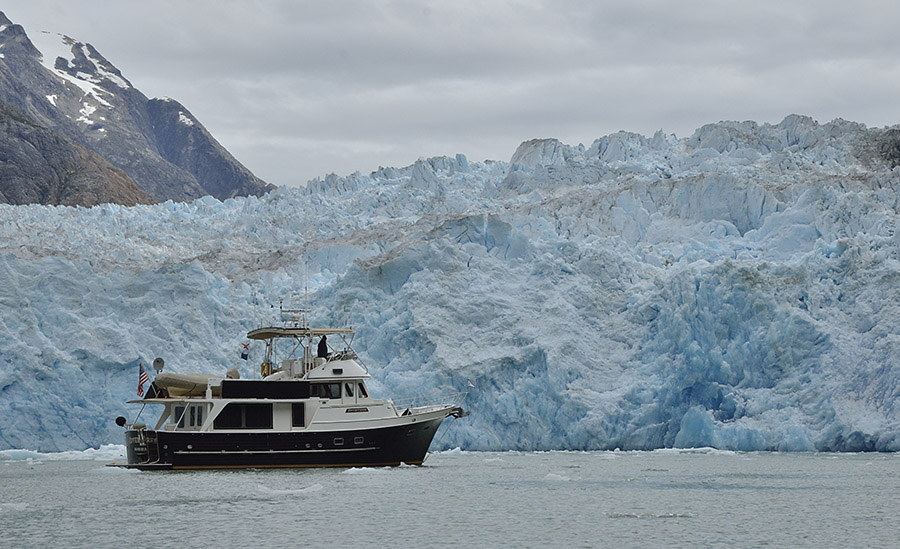 We had radios so we could talk to each other, and Jim kept me posted about the little gang of curious seals that were following me, and popping up to watch. 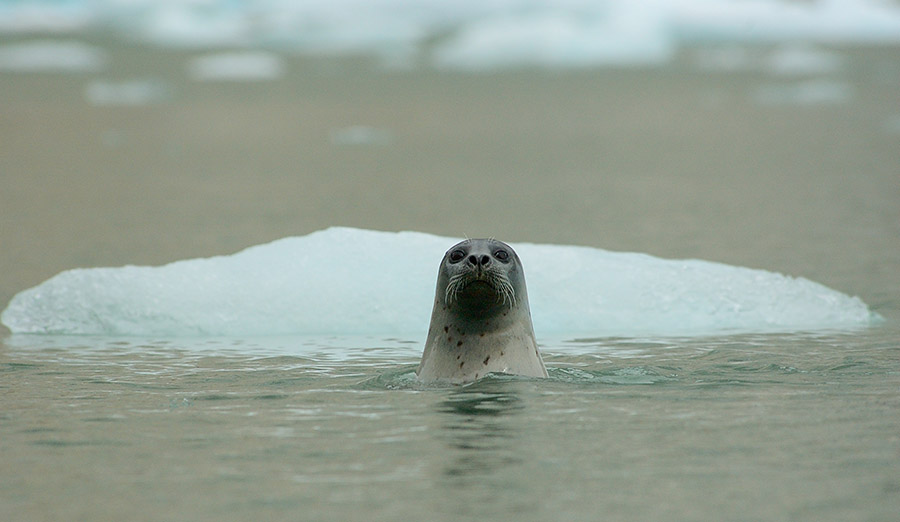 My favorite was this little seal that was fast asleep on the ice.  He looked like a fat sausage… 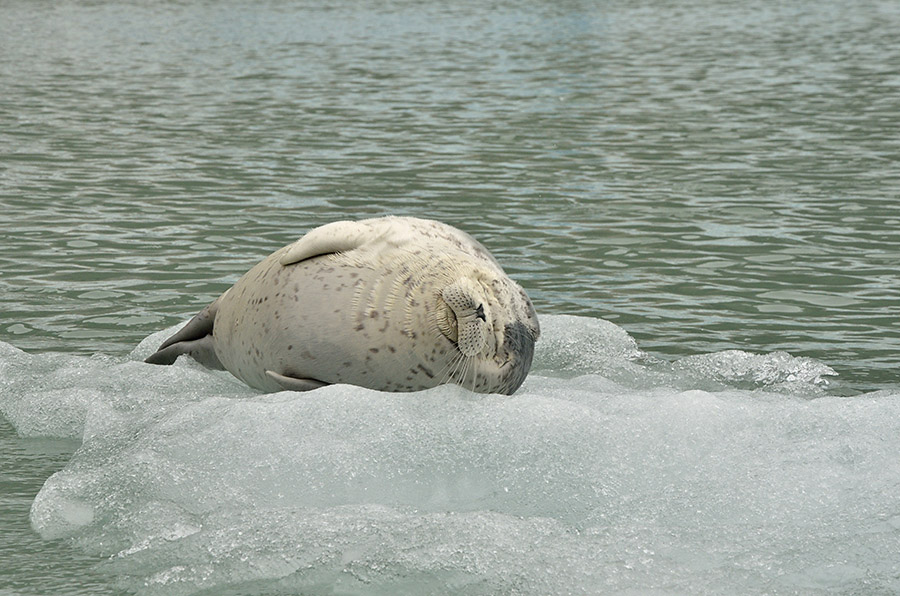 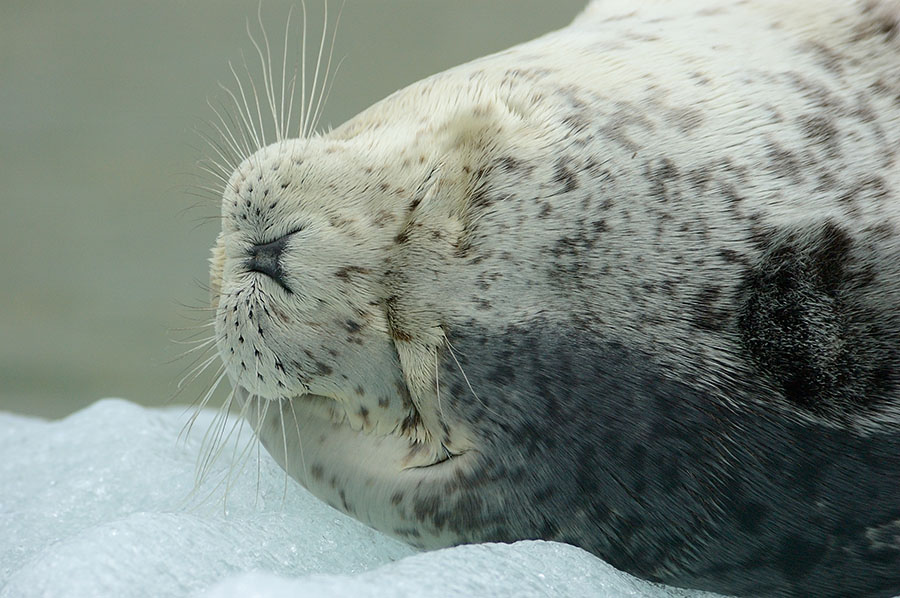 It was fun to watch him until he finally woke up and looked at me with sleepy eyes. 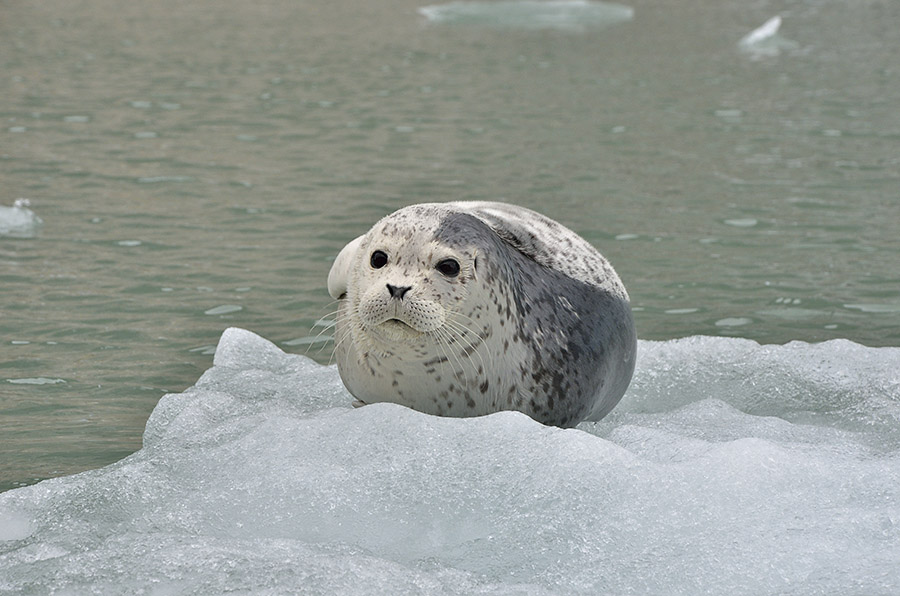 I paddled farther away when he woke up, and when I looked back he was returning to his nap.  All the seals were curious and kept an eye on me, and I had fun watching them and seeing the wide variation of their coloring. 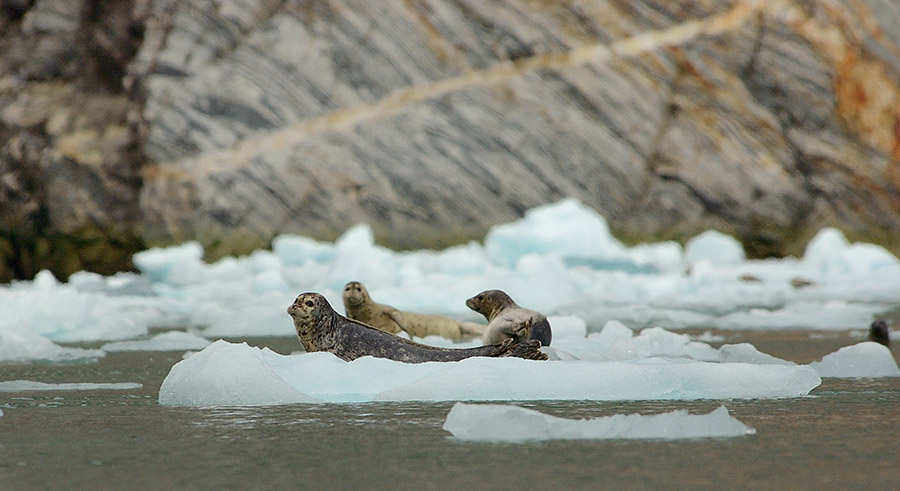 Before we left the glacier we had to scoop up a bit of the super-clear, dense ice – it keeps drinks cold longer, and it’s just neat to drink ice formed from snow that fell about 200 years ago. 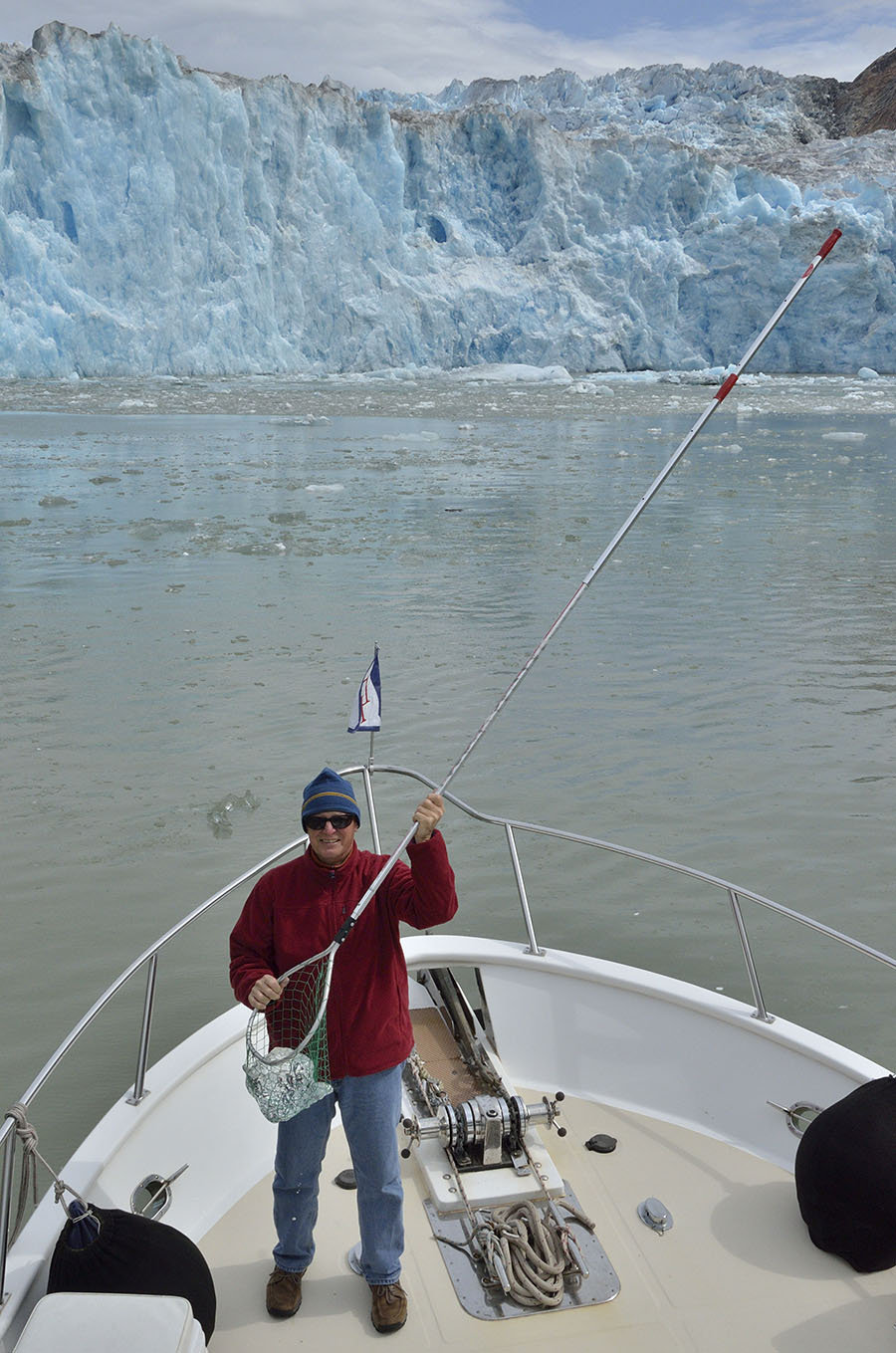 3 thoughts on “Glaciers and Ice”